The courage of ones convictions: Le Corbusier retrospective in London

For the first time in over 20 years London is hosting a retrospective of the work of Swiss architect and designer Le Corbusier.

Without question Le Corbusier was one of the most important figures of 20th century architecture and through his five point plan for modern architecture he influenced more than one generation of architects; including Geoffry Chamberlin, Joe Powell and Christoph Bon designers of the Barbican Centre in London. Without question the most important expression of Corbusian ideas in the UK. And so it is especially appropriate that the sprawling complex in South London is hosting the exhibition.

Le Corbusier however was more than an architect; he was also a furniture designer, town planner, painter, sculptor and theorist. 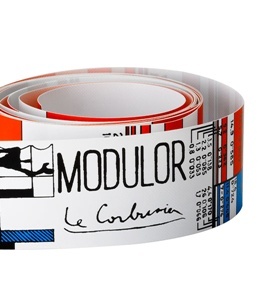 And with his La Modulor, the creator of perhaps the best attempt ever to make living and working spaces truly bespoke. A scale of proportions based on human measurements through which Le Corbusier sought to create buildings which were designed to meet the needs of their users. In Le Corbusier’s vision human scale should dictate every aspect of architecture and city planning; from the width of city streets to the height of a kitchen surface. Although Le Corbusier used La Modulor in a number of his building and structures it never attracted a wider public and so remains as one of the curiosities of post-war European architecture. And an attractive and highly individual tape measure from Vitra.

In addition to charting how Le Corbusier’s worked changed and evolved over the decades, the exhibition is accompanied by range of lectures, films and “hands on” workshops designed to bring over a greater feel for the man, his work and his genius. 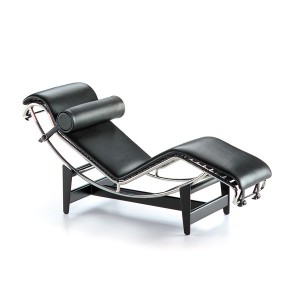 The exhibition itself is a travelling exhibition organized by the Vitra Design Museum in collaboration with the Netherlands Architecture Institute and after London can be seen from July until October 2009 in the Martin-Gropius Bau in Berlin.

The exhibition runs in London from 19 Feb until 24 May 2009. And for those of you who can’t make it to the exhibition, smow offer Le Corbusier’s La Modulor as a tape measure – so you can at least measure yourself and your loved ones and try to designing your own, perfectly tailored, living space.