We don’t want to take anything away from Erik Wester’s work; but it’s saying something when one of the best new products we found at CORE 10 was from a Norwegian who studied in London and now lives and works in Amsterdam.

In principle the idea isn’t new.

One of the major problems with lighting, and in particular with standard lamps, is achieving a useful, directable illumination.

Your granny’s standard lamp shone downwards – the light emitted was perhaps pleasant, but not that particularly useful.

We’ve seen a few interesting attempts at making standard lights more “user friendly” over the years – but Standing Task Light by Erik Wester is definitely one of the better ones.

Together with an engineer Erik has developed a ball joint mechanism at the top and bottom of the pole which allow the pole to be tilted up to 20 degrees AND the shade to be tilted.

Once in position Standing Task Lamp remains “locked” in place thus allowing the user to position a lamp to suit his/her needs.

Which at the end of the day is what you want.

And all that in a design that doesn’t attempt to look fancy or claim be “holistic”.

Just a lot better than any other standard lamp because Erik has built something extra into it.

Standing Task Light by Erik Wester is a product still in development, but we hope he can find a serious producer to help complete the development and bring the product onto the market. 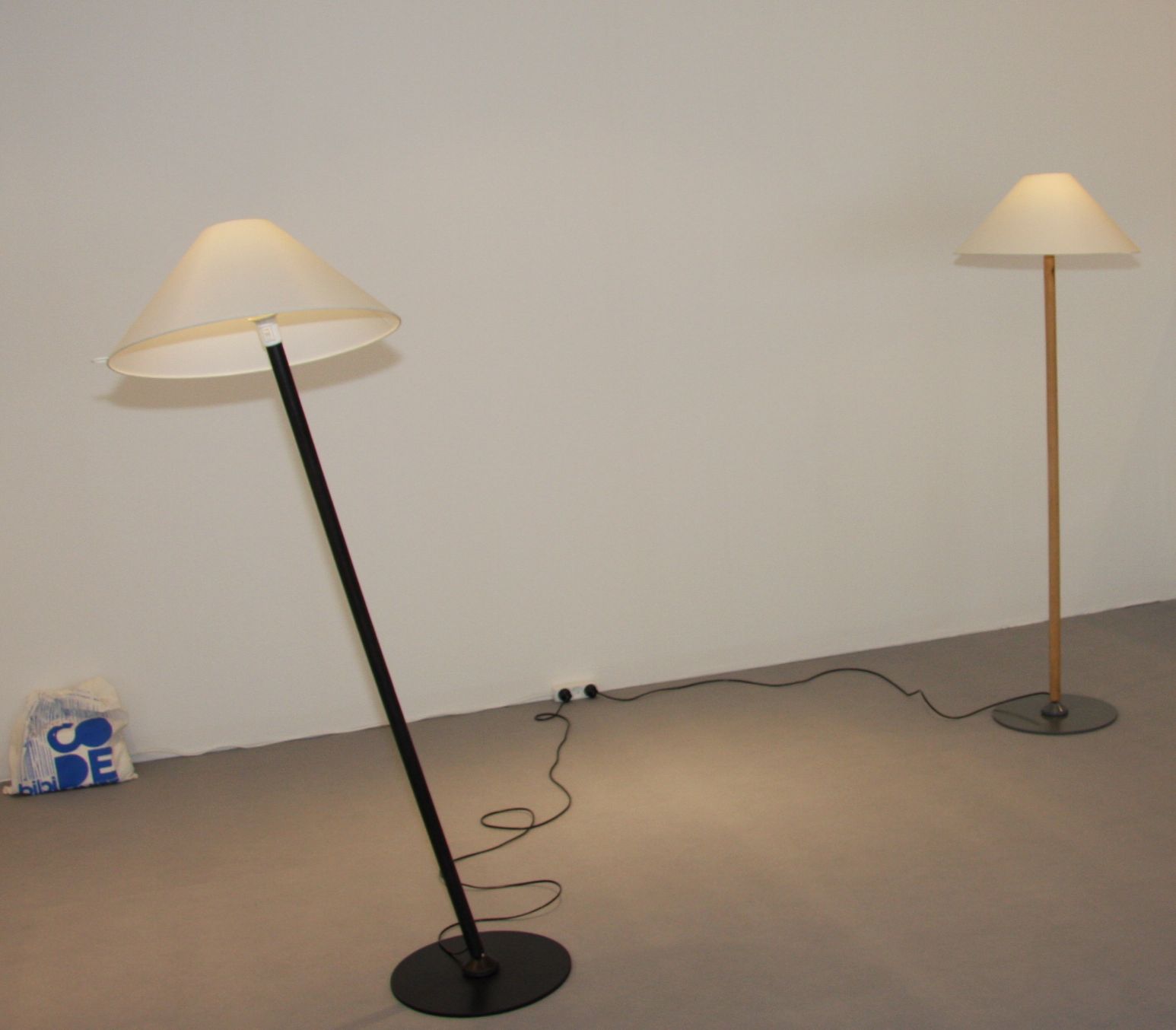