Just as Hannibal always loved it when a plan came together – so for us it is always a moment of extreme satisfaction when a product really is as good as we thought it probably would be.

We first saw SuperSputnik by Stuttgart based designer Ahmet Sismanoglu a.k.a Sisman at DMY Berlin 2010

However owing to an, as ever, over-filled schedule never got round to more than admiring it from afar.

And so at Designers Fair in Cologne we briefly ignored our schedule to grab a few words with Ahmet and learn a little more about SuperSputnik. 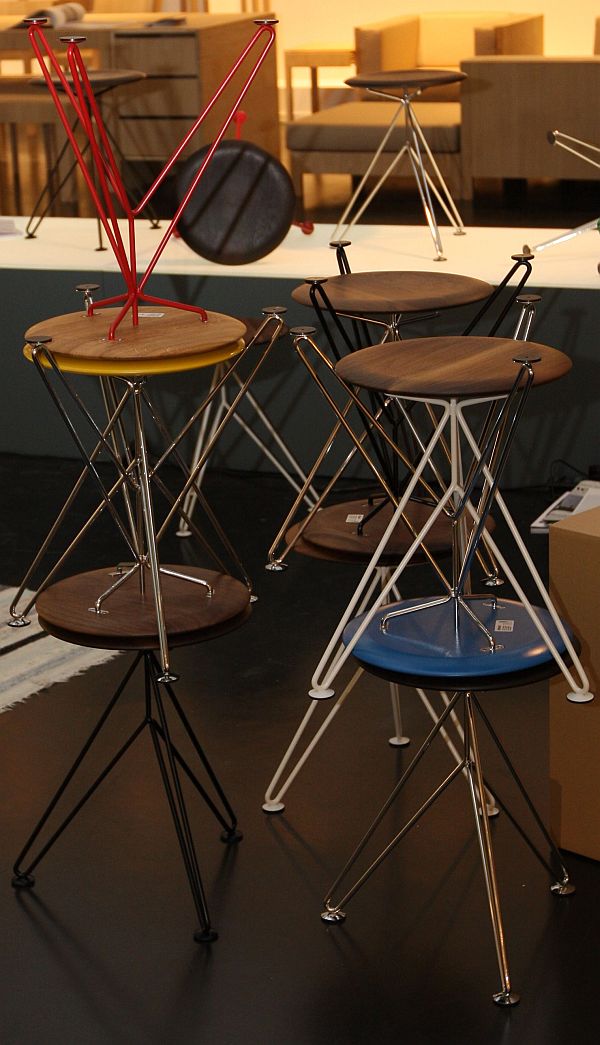 And discovered that SuperSputnik is not only the aesthetic delight we knew it was – but that the technology and thinking behind the design is every bit as good.

SuperSputnik by Sisman is based on a concept known as elastokinematics – which, if we understood it correctly, essentially involves using the inherent elasticity of materials to create flexibility in systems rather than physically creating flexibility through, for example, hinges.

Something which gives you not only a more stable structure but a more controlled flexibility.

As a process elastokinematics is regularly used in the automobile industry – for example in the aerodynamic systems of Formula 1 cars where a stable, predictable, flexibility is required.

Ahmet Sismanoglu has translated this technology to create a stool that moves very slightly with the users body; thus creating a more comfortable sitting experience and a stool that can be used for longer periods of time than most other stools.

As we’ve often said – and will continue to do so – for us the main role of furniture designers is not to produce items that alone look good, or alone fulfill a predetermined function but rather to do such while at the same time improving and advancing existing products and production processes with the aim of improving efficiency and increasing quality.

With its dynamic system SuperSputnik by Sisman not only presents an alternative form of stool design  – but does so with the most delightful Eames-esque wire frame and wood optic.

It was of course this optic that initially caught our attention at DMY Berlin; however, the real admiration for SuperSputnik only comes now that we know about its contsruction. 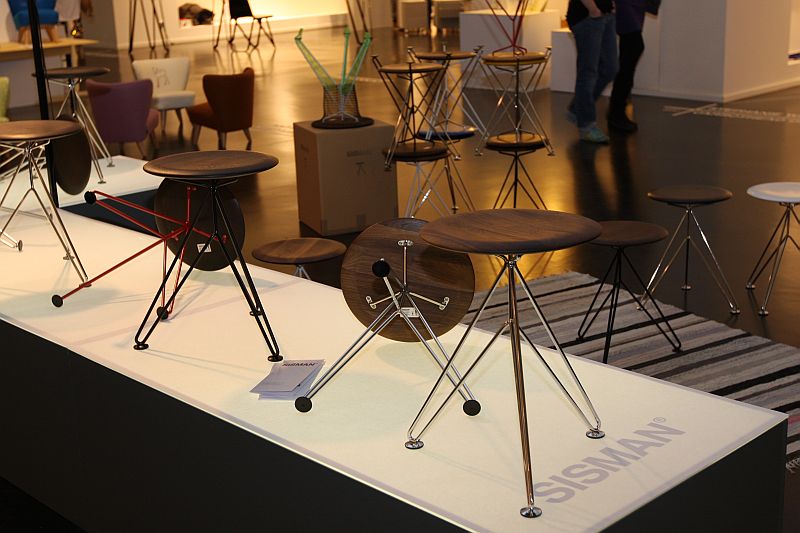