Presenting a wide-ranging look at Breuer’s furniture and architectural legacy “Marcel Breuer – Design and Architecture” is a product of the Vitra Design Museum, Weil am Rhein and is curated by the journalist/curator/lecturer Mathias Remmele.

At the exhibition opening we caught up with Mathias Remmele for a quick chat about Marcel Breuer, his work and his influences.

(smow)blog: From the exhibition it is clear that Marcel Breuer started working with wood and then later switched to steel tubing. Why the switch? Do we known what the motivation was?

Mathias Remmele: Its not possible to say with 100% certainty; however, from Breuer himself comes the story that he was cycling one day, looked down at his handlebars and that was in effect the Eureka moment. Personally however I’m not convinced that that is the complete story. There is also conjecture that it could have had its roots in the Junker aircraft factory that was also here in Dessau, had connections to Bauhaus and which used steel and iron tubing, for example, for aircraft seats. But as I say, we don’t know with 100% certainty.

(smow)blog: But what is certain is that once he started, there was no holding him back….

Mathias Remmele: Indeed, he spent the next 6 years working very intensely with steel tubing and more or less designed all types of furniture that can be sensibly created with the material: numerous chairs, stools, tables, desks, even a bed…

(smow)blog: And was it the case Breuer approach, for example, Thonet with ideas for new pieces, or did Thonet commission him to create specific objects? Where, in effect, came the impetus to create new pieces?

Mathias Remmele: Again, and as with so much involving Breuer, that’s not something that is explicitly documented. However I assume that in the beginning Breuer approached Thonet with his ideas, but then from a certain point Thonet would have started to look at what objects would be interesting for them.

(smow)blog: Walter Gropius is a constant feature in Marcel Breuer’s biography. How was their relationship, was it father/son or more a strict teacher/pupil?

Mathias Remmele: I’d say more father/son and certainly a lifelong friendship. Walter Gropius identified Marcel Breuer’s talent very early in Weimar and encouraged and advanced his work before promoting him to a Young Master and head of the furniture workshop at Dessau. But also beyond the time at Bauhaus they remained in close contact and Walter Gropius always tried to use his contacts and his influence to help Marcel Breuer.

(smow)blog: Walter Gropius was not the only important influence on Breuer’s work, but also de Stijl. Where and how did Marcel Breuer first come into contact with the work and personalities of de Stijl?

Mathias Remmele: Members of de Stijl movement made contact with Bauhaus in the early 1920s and subsequently came to Weimar and held a lecture at which Bauhaus protagonists, including Breuer, and de Stil members got to know each other and each others works. And that had a very strong influence on Marcel Breuer, as can be seen in some of his earlier wood pieces.

(smow)blog: To end, can one see Marcel Breuer as a Bauhäusler, or is he more someone who was associated with the school, but never really absorbed the ideological, philosophical side of the whole thing?

Mathias Remmele: I think that one can see him without question as a Bauhäusler. The school greatly influenced him, and is associated with some very positive periods of his life. And after Bauhaus he remained in contact not just with Gropius but also with other individuals, for example Paul Klee who he greatly admired both painter and as a person. For me Marcel Breuer is simply the most important and most and interesting Bauhaus student! 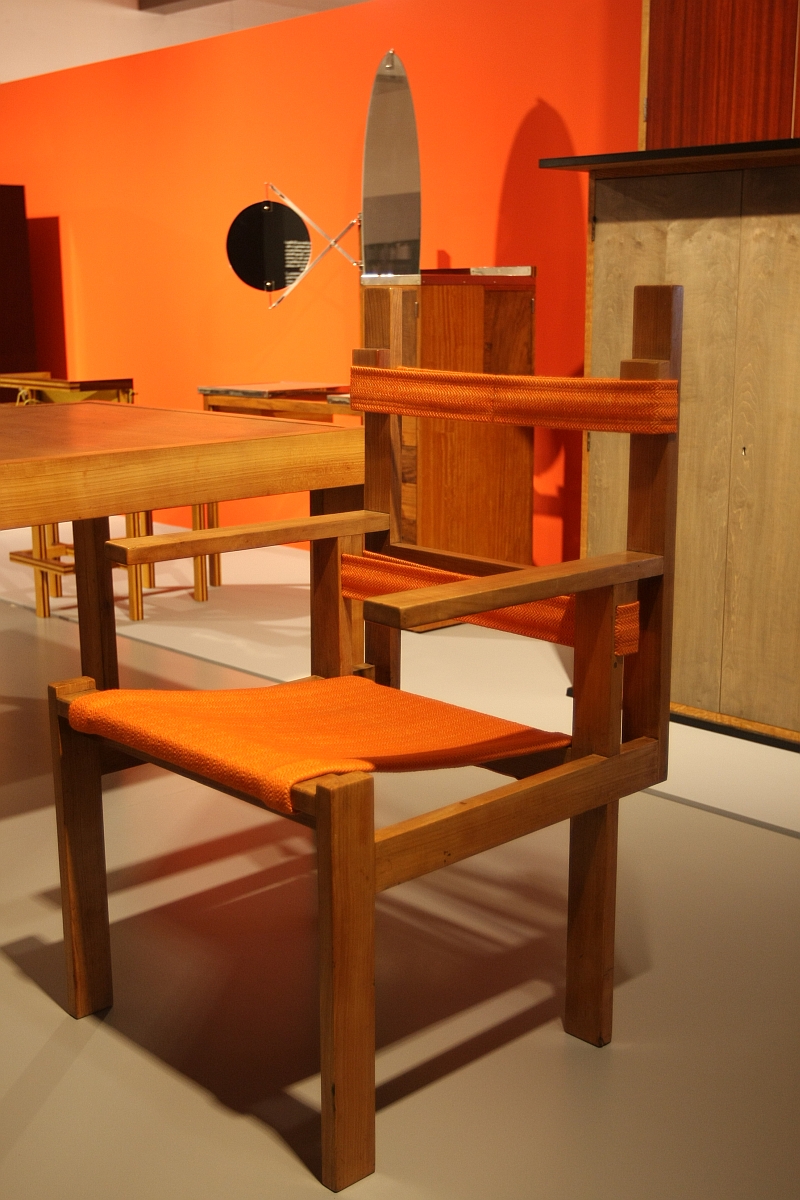 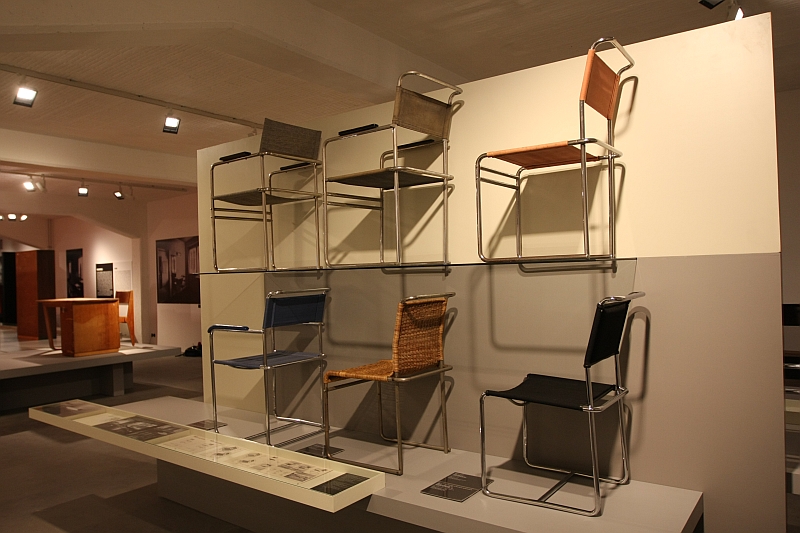 A selection of steel tube chairs by Marcel Breuer. As seen at Marcel Breuer – Design and Architecture, Bauhaus Dessau