One of the objects that has been following us around the international designer furniture circus this past year or so has been Flatmate by Michael Hilgers.

The idea is very simple. Much like the chair project “The Half” by Studio Sailing to Mars, Flatmate takes the standard storage sideboard we all know – and reduces its dimensions. And in doing so creates a very familiar object in an equally unfamiliar scale.

Unlike “The Half” the reduction is not geared towards ergonomic efficiency but rather to creating a product that responds to the realities of our modern technological world and for all that most of us simply don’t need the big chunky “home office facilities” of yore.

Just somewhere safe to store a couple of pens and a netbook or tablet.

And just as simple as the idea is the realisation.

At just 12,2 cm deep Flatmate is obviously not going to get in the way; it does however feature everything you need for a quick bit of desk work: storage space for tools, storage space for a large A4 folder, a light and a plug socket.

Flatmate clearly isn’t an object for sitting at day upon day, year upon year while researching and writing a book on the history of the trouser press. But then its not intended to be. It is, as the name implies, a friendly assistant for all those daily tasks we need to get done.

In addition we can well imagine Flatmate working beautifully in an entrance hall as a sort of ad hoc “Domestic Control Centre”; so for storing keys, important documents, threatening letters from chimney sweeps etc….

Constructed from melamine coated birch and available in an exotic range of colours, Flatmate by Michael Hilgers for Müller Möbelwerkstätten is admittedly not a product for every home, but in the correct location can prove to be an invaluable aid to domestic orderliness. 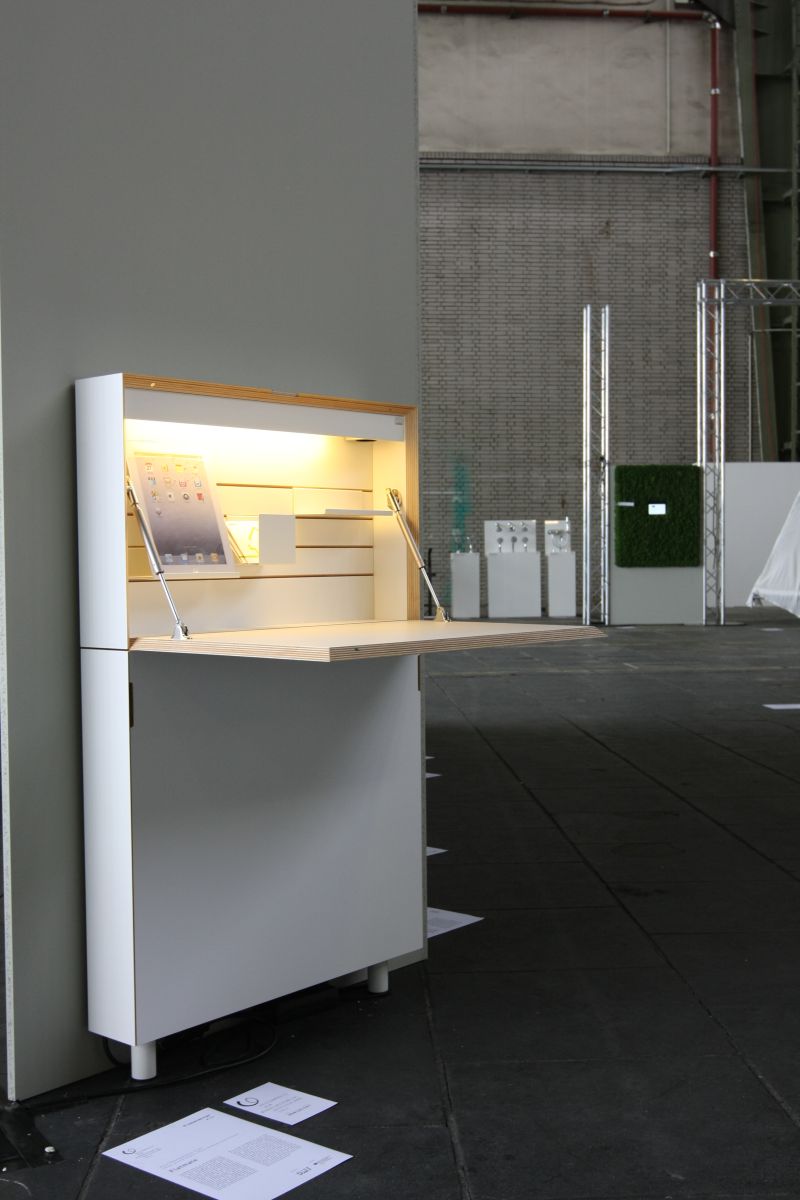 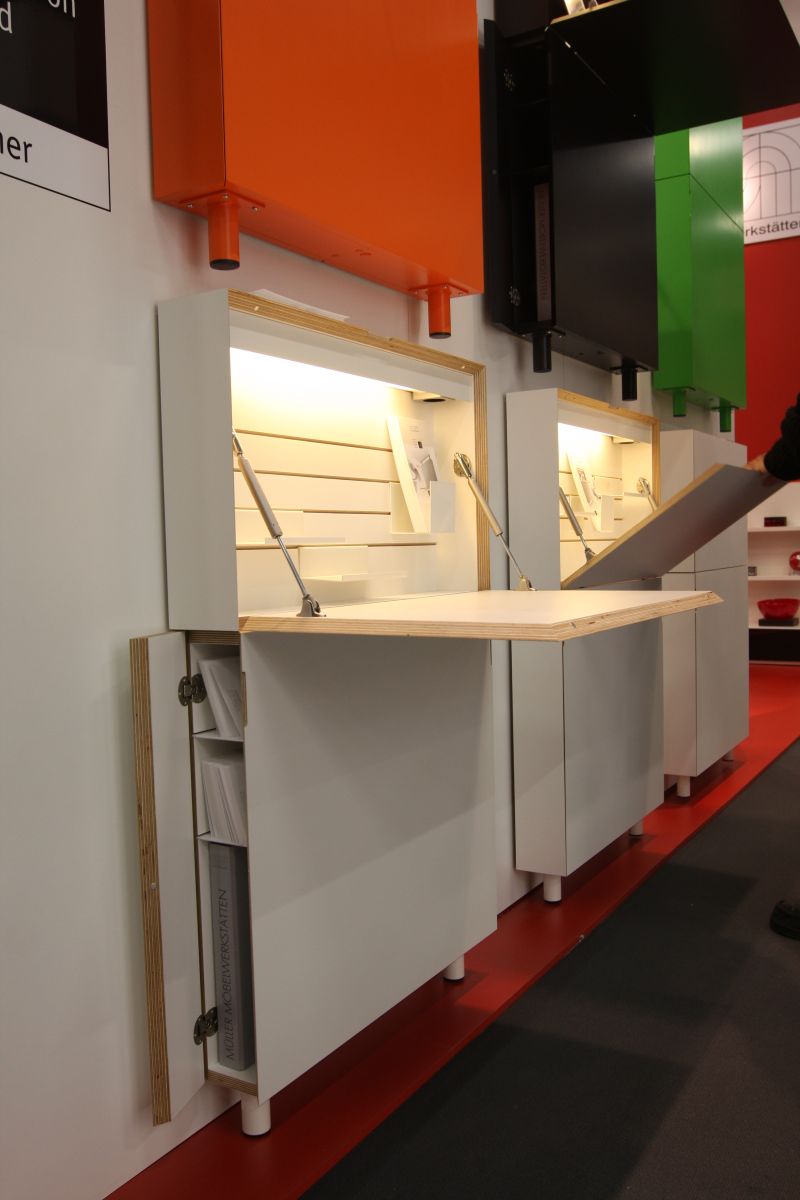