The first object to attract our attention on Atelier Bonk’s stand in the Ventura At Work exhibition in Milan was the candle stick holder.

That is until it was pointed out to us that it is actually a potato masher.

It’s a very simple mistake to make. Especially if you’re as daft as us. 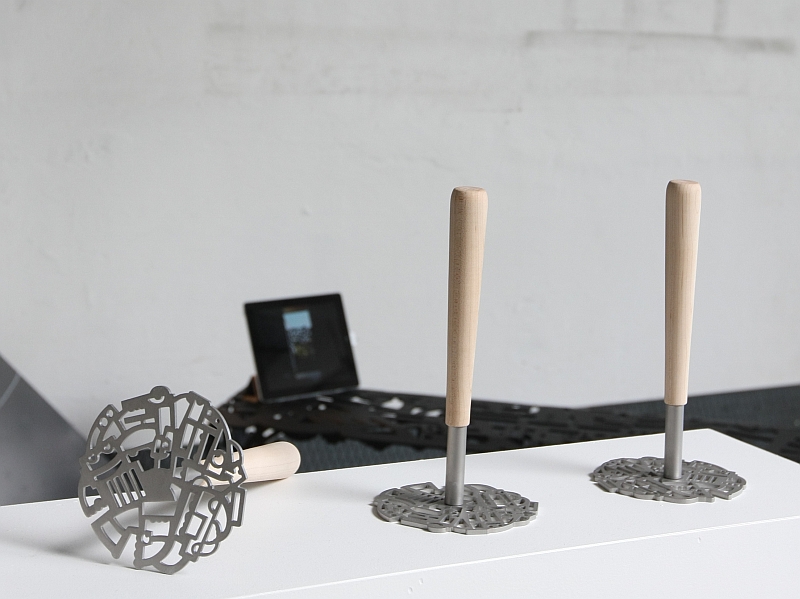 Bruges based Atelier Bonk is the result of a co-operation between designer Tim “Interror.be” Baute and graphic artist Stefaan de Croock, a.k.a. Strook.

The name of the atelier may cause uncontrolled sniggering among British primary school children; the work however is worthy of a little more mature respect

The concept is very simple: Strook draws something and Tim then transforms the 2D drawing into a 3D object.

Strook’s art has the impudent rawness of street art, his weapon of choice is the marker pen, and Tim’s metalworking background allows him to transform Strook’s lines and curves into objects that loyally translate the original graffiti narrative into a socially acceptable object without losing any of its boldness.

The collection was, effectively, premiered at DMY Berlin 2012 when Tim exhibited the first result of the co-operation: a powder-coated steel bench that can be used indoors or out. The bench formed the focal point of the Atelier Bonk stand in Milan, and was complemented by a live drawing performance by Strook which illustrated the design process. And the large piece of steel he was drawing on.

In addition the collection includes a powder-coated aluminium coffee table, Merged, an object which in its form language is very reminiscent of many classics from the modern era – yet which has a background that couldn’t be any more different.

Further proof if it were needed that form does follow function, and the path you choose to get there is ultimately what is important and interesting.

We’d love to say that the potato masher Stoemp is our favourite item in the collection. But you wouldn’t believe us. You’d just think we were saying that to cover up our embarrassment.

What we really like about Atelier Bonk’s approach is less the products, delightful as they are, and much more the combination of methods and processes they use and the possibilities that arise through this combination.

As with all good contemporary design Tim and Stefaan have carefully considered the options before them: and from these options devised something new that allows them to create new objects that are as interesting as they are respectful of resources.

Specifically they have created a sort of  “design development system”, a system that is endlessly customisable, and not just in terms of the pattern, but also in terms of form, size and proportion. The creation of objects isn’t automatic, it always involves the creative and experienced input from both Tim and Stefaan.

But from this input comes an infinite number of possibilities.

And in our modern world of consumers looking for individual objects within the context of familiar form languages, we can think of nothing more interesting for the market.

And in our modern economic climate we can think of nothing more valuable for designers.

More details on Atelier Bonk can be found at: www.atelierbonk.be 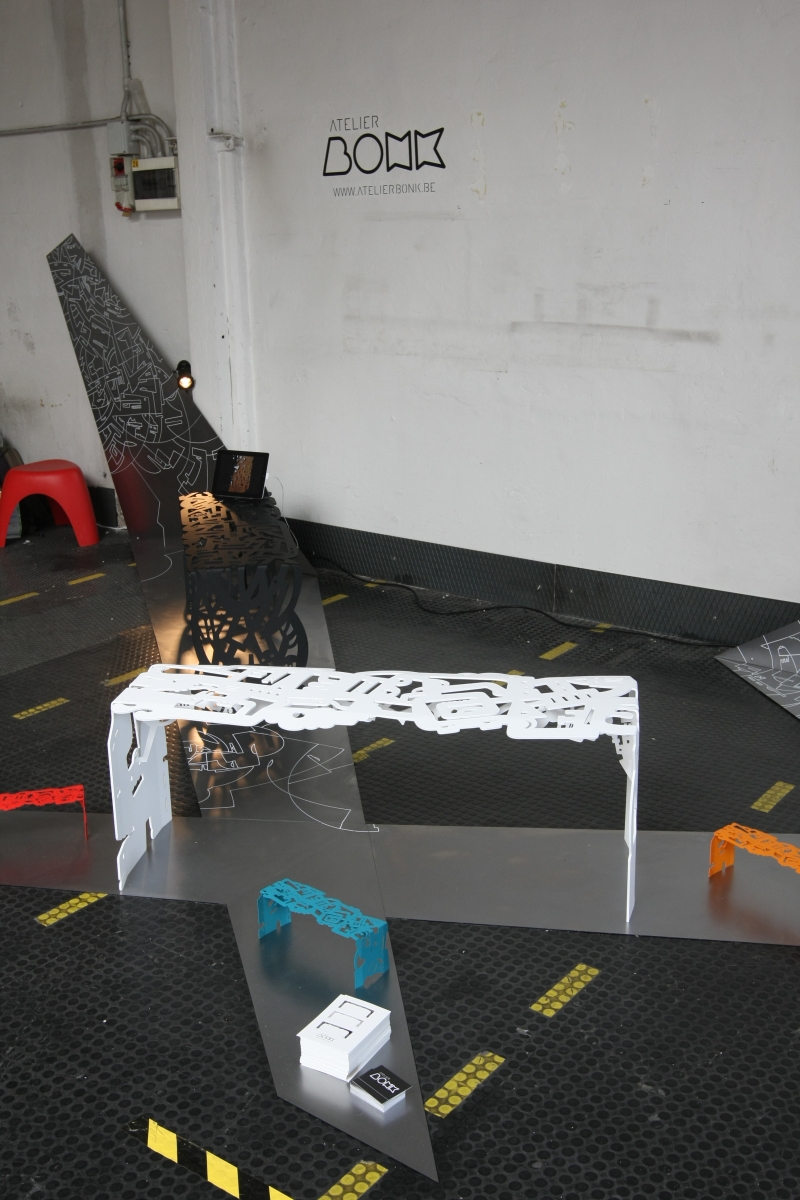 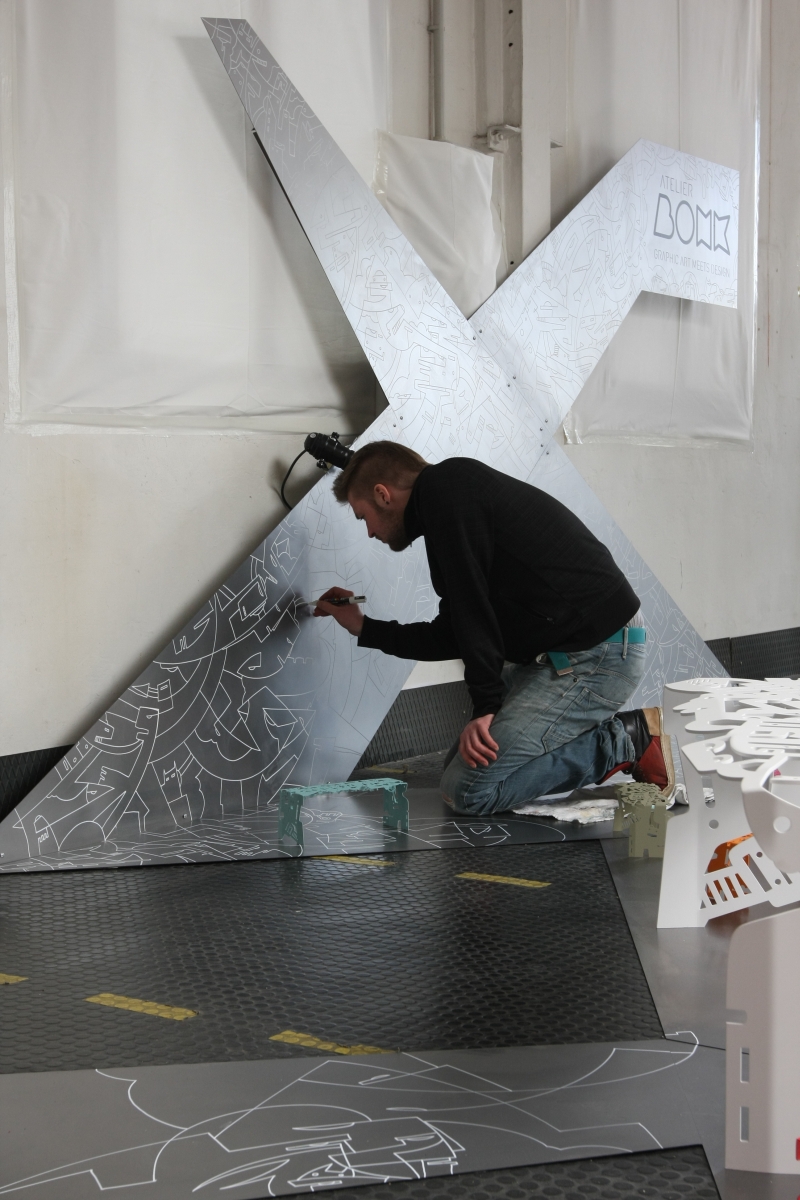 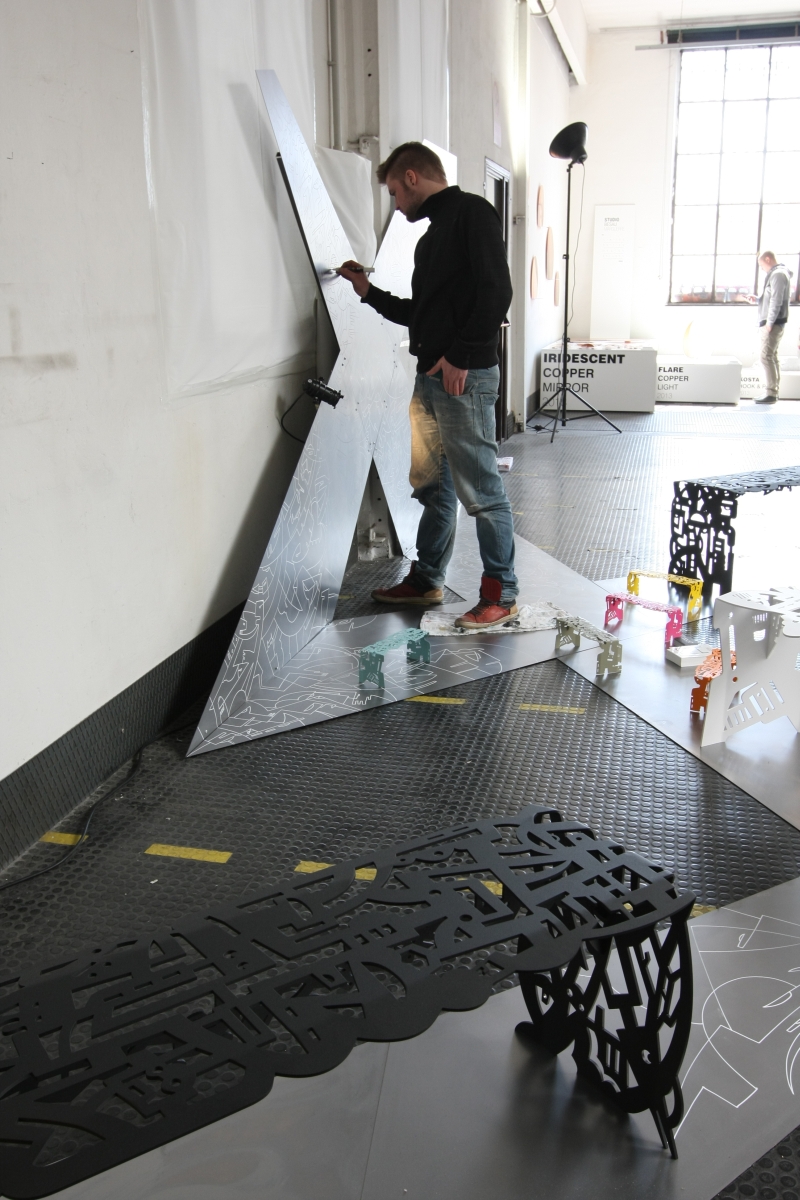 ....and what results from his thang.