Having recently publicly announced that the International Marianne Brandt Contest is “….without question one of our favourite international design competitions….” we’re not really sure how to start a Post about the Designpreis Halle.

Initiated in 2007 the Designpreis Halle is, much like the Marianne Brandt Contest, a tri-annual design competition. Or at least was. The third edition really should have taken place in 2013, didn’t or at least hasn’t. We’re admittedly not sure why, but looking at the details of the people responsible for the the 2014 contest we’re assuming a change of organiser may have occurred since 2010. Which could explain the delay.

The timing of the launch is yes a little bit unfortunate, given the masses of water that recently caused havoc in Halle and partly flooded the workshops at Burg Giebichenstein…..

Or possibly not. With everyone’s attention so firmly focused on the fluid foe maybe it is an opportune moment to assess our relationship to the elemental element.

Regardless we are thoroughly looking forward to seeing what results.

As ever the competition is open to all designers under 40 and all are free to interpret the theme as they wish.

Which is of course the real joy of the Designpreis Halle, the fact that it doesn’t limit the participants rather encourages genuine experimental creativity. Just one of the reasons why the competition is without question one of our favourite international design competitions.

Entries for the Designpreis Halle 2014 can be submitted in January 2014, the awards ceremony takes place in June 2014

Full details can be found at www.designpreishalle.de 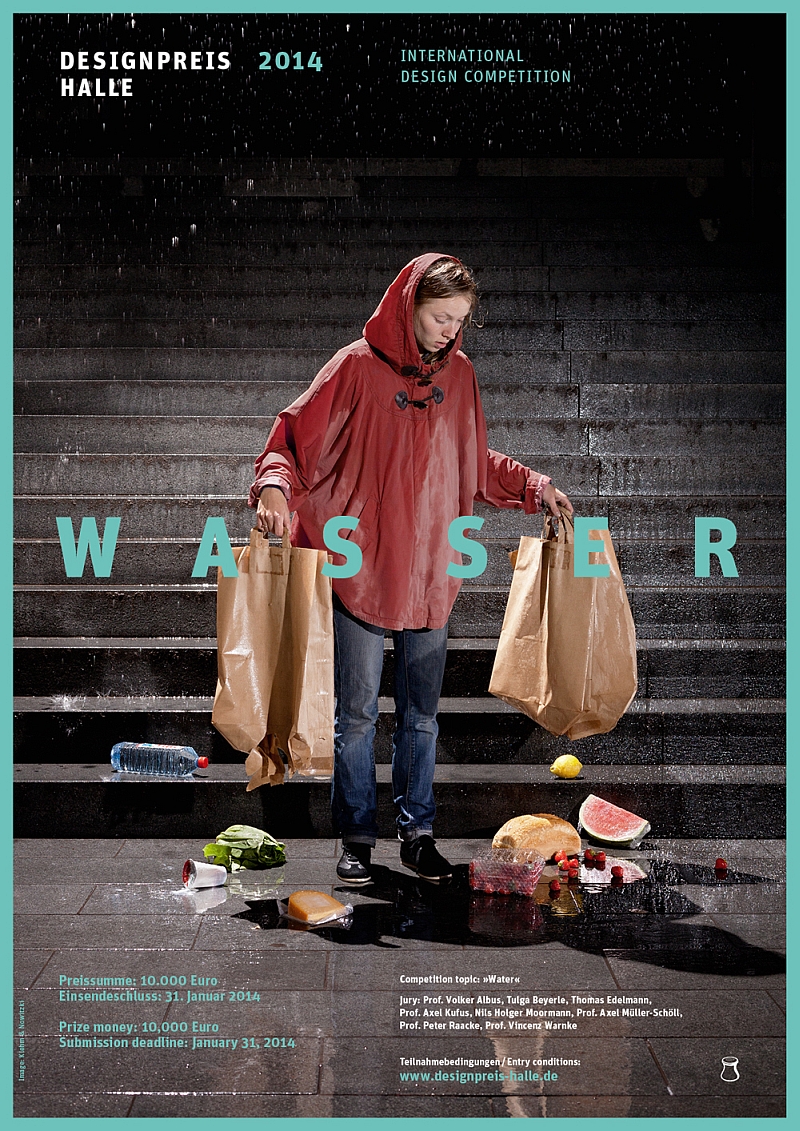