From May 4th and until May 8th 2016 Berlin will host the inaugural edition of the festival State of Design. Initiated by the Belgian design critic, author and curator Max Borka and the German Communications Designer Alexandra Klatt, State of Design promises a series of exhibitions, events and discussions which, in the words of the organisers, will “question the tyranny of what is all too often still proclaimed to be good design: slick, glamorous, luxurious, good looking and highly seductive, or simply practical, but lethal and perilous – “formes fatales” that keep on promising heaven but have long been proven to be a one-way ticket to its antipode”

Which aside from being the most wonderful formulation, is exactly what the doctor ordered after having been exposed to some of the darker corners of design’s soul in Milan.

Staged at nine venues across the German capital, State of Design 2016 has two major undercurrents which flow through the festival and connect the various events as if they were Spree and Havel: East/West, not only in the obvious context of Berlin but also in terms of the festival’s focus on both Turkey and Israel, two nations straddling, albeit (increasingly) uneasily, the east/west cultural border, and Something from Nothing which in addition to nicely reflecting Berlin’s infamous poverty also reflects the fact that the vast majority of the global population live in a situation of constant want and need, yet survive and prosper: a fact celebrated in the eponymous, and from Max Borka curated, exhibition Something from Nothing which promises to highlight design solutions which prove that creativity is the best currency for a strong, fair and sustainable global economy.

Elsewhere, and among a wide ranging exhibition programme, the Israeli designers Ezri Tarazi and Haim Parnas present with Radical Design an exploration of how contemporary Israeli designers visualise and reflect violence in their works, the Fachhochschule Potsdam present with Otto – Allerorten a mobile micro-architecture concept, while the Hochschule für Technik und Wirtschaft, Galerie erstererster and KAOS are collectively hosting the showcase Refugium – Nieuwe German Gestaltung. A follow up to Max Borka’s 2013 exhibition Refugium – Berlin as a Design Principle, and one with an obvious titular and content nod to Max Borka’s 2009 exhibition Nullpunkt. Nieuwe German Gestaltung at the museum Marta Herford, Refugium 2.0 will feature works by Berlin and non-Berlin based designers and according to the State of Design website “while the first edition was just meant as a bouquet of flowers to the outside world, this platform is far more ambitious.”

“That this time we want to explore in more detail the concept behind the works” answers Max Borka,” to explain the question, the inspiration, that was at the source of the process and from which the design arose.” To that end the selected designers will be asked to contribute items and thoughts which help explain how a transient moment became a tangible object.

Complimenting the exhibition programme a central feature of State of Design 2016 is a two day international conference exploring the relationship between design and violence; day one seeing a podium discussion under the title “Using violence as a raw material” and featuring contributors from Germany, Turkey and Israel, day two being devoted to screenings of Marcus Vetter’s Jenin Trilogy: “The Heart of Jenin”, “Cinema Jenin” and “After the Silence”, screenings in the presence of Marcus Vetter who will introduce the films and then participate in subsequent discussions.

In addition State of Design 2016 features debates, musical interludes, three sided football matches …. and one or the other party. It is, lest we forget, being staged in Berlin. 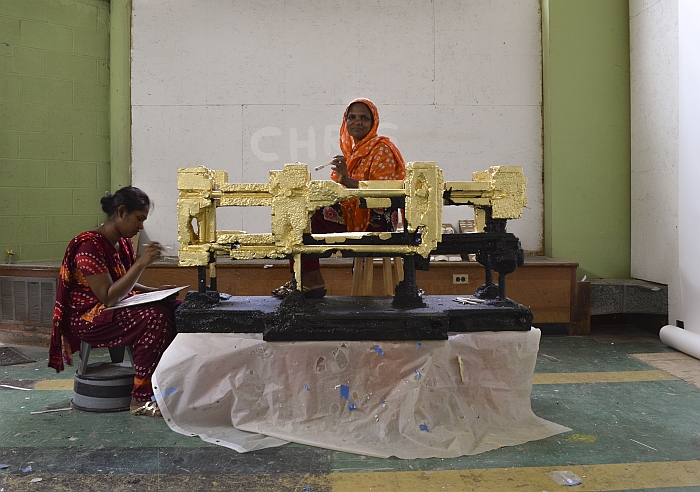 Promising a scope, breadth and level of discussion that goes beyond that offered by most contemporary design festivals, and that despite the very select and bijou nature of the event, State of Design would appear to offer an interesting new addition to the global design festival programme. Or perhaps better put, an interesting re-addition to the global design festival programme. In our 2013 interview with Max Borka he talks about his admiration for the former Designmai festival, an event staged in Berlin between 2003 and 2007, and which on its demise bore forth DMY Berlin. For us there is something about State of Design which rings like an attempt to reconnect with Designmai, at least in spirit if not as a direct, seamless, continuation, and a situation we can’t think of any reason to disapprove of.

Similarly we can’t think of any reason to disapprove of the fact that the State of Design programme bears the unmistakable fingerprint of Max Borka. All familiar with Max Borka’s work will have understood/will understand that many of the themes and topics featured are those on which he has been working in recent years, and thus in many respects State of Design is as much a review of Max Borka’s recent work as it is a festival programme. But why not? If no one is going to open a Max Borka Museum then we can think of no better way to bring the interesting, relevant and universal themes on which he works into a wider public domain.

But why Berlin? Because of Designmai? Or simply because the organisers are based here?

“Why Berlin? Because there is nothing in Berlin, there is nothing which answers the potential in Berlin”, exclaims Max Borka, “design stands on two feet, one commercial and one cultural, and Berlin is incredibly strong on the cultural side. On account of the situation here Berlin has always been an Experimentierfeld, a place of experimentation, of the search for alternative strategies and has been the source of an enormous number of innovations, but until now design in Berlin has only been considered an economic factor, not a cultural, and this is reflected in the nature of the design institutions in Berlin. What makes design fascinating however is that it is a tool for living, and so yes it touches on markets, but it always needs a cultural perspective, and this cultural perspective is often lacking in how design is presented and represented in Berlin. DMY, for example, was a very good event as long as it maintained something of the character of Designmai, I remember the first DMY with workshops on lock-picking and all manner of events that one had never previously experienced at a design festival, but then all that slowly disappeared and at some point it became a fair, and Berlin is the last city that should host a design fair, there is no market here, no commercial interest.”

At which point the fairly large elephant who hitherto has been sitting quietly in the corner of the room rises to its feet and makes its presence felt, State of Design takes place one month before DMY Berlin, a deliberate provocation?

“No not all,” answers Max Borka, “I know it sounds a little arrogant, but we didn’t think about DMY when we were planning things, they simply weren’t part of our calculations.”

But now, could you, possibly, eventually, imagine staging the two events parallel in the future?

“Absolutely, that wouldn’t be something with which we would have a problem, design needs the commercial and the cultural, but we are currently not in contact with them, there are no plans, and at the moment our sole priority is successfully staging our first festival.”

In how far they achieve that, in how far State of Design 2016 reaches its goals, reaches a public, and for all poses serious questions of the tyrant and thus emboldens the masses to consider design more critically and less superficially, remains to be seen. It is however to be hoped they do.

Full details of State of Design Berlin 2016, including venues, opening times and information on the Design and Violence conference can be found at http://stateofdesign.berlin/

And for all who missed them first time round, our 2015 overview of Contemporary Berlin Creativity and our 2013 interview with Max Borka on Refugium and his views on Berlin’s design identity. 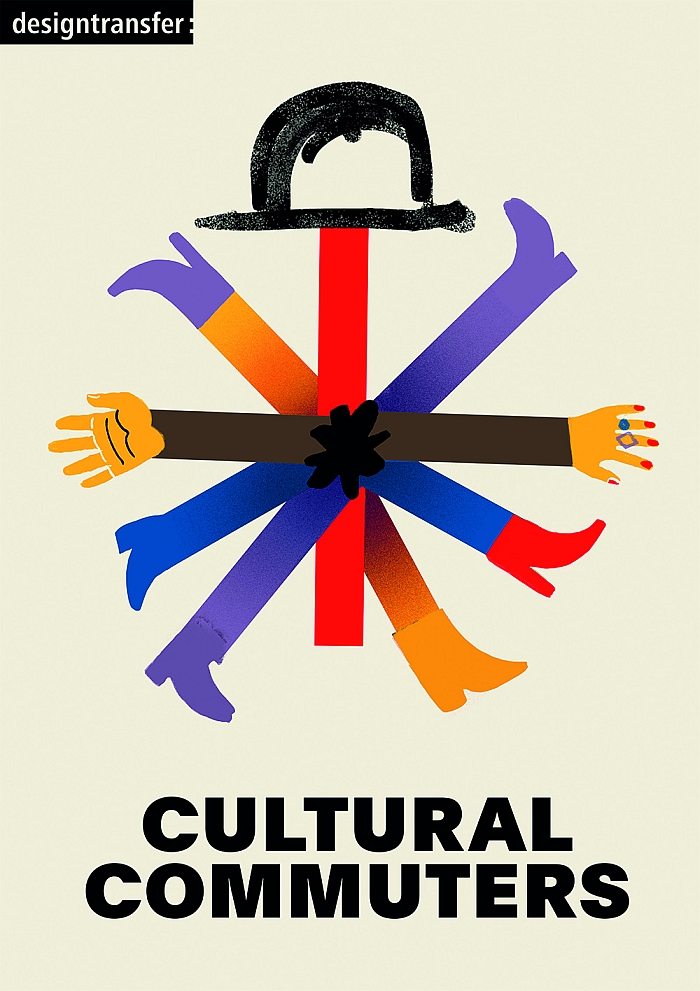 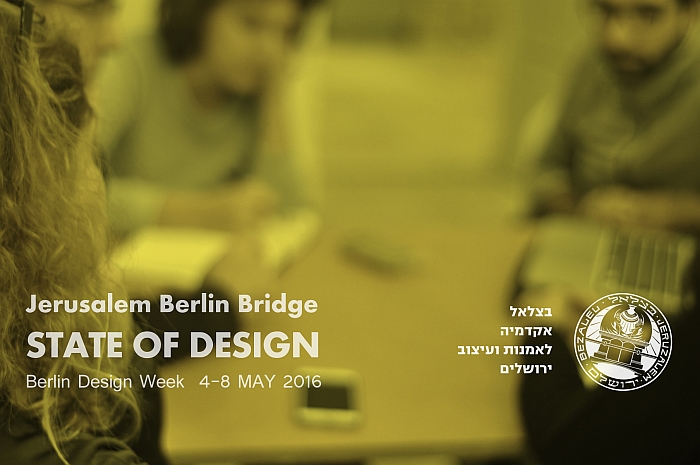 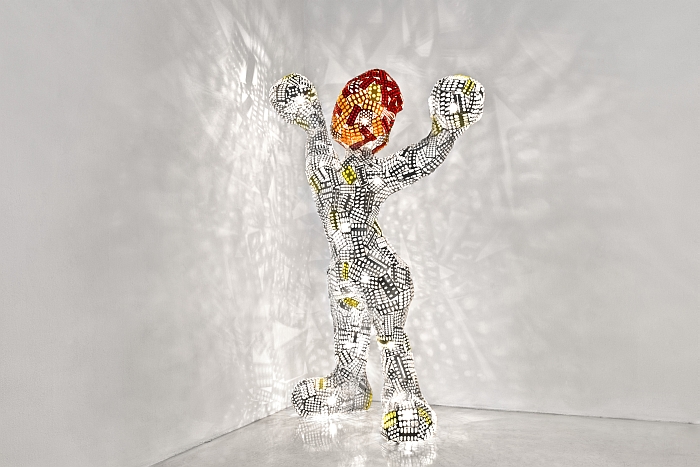