Whereas the Ludwig Forum Aachen’s focus is contemporary art, since March 2017 the museum has giving floor space over to contemporary designers and the project LuForm. The Design Department; thereby not only increasing the scope of the museum but also offering designers from the region a new platform. 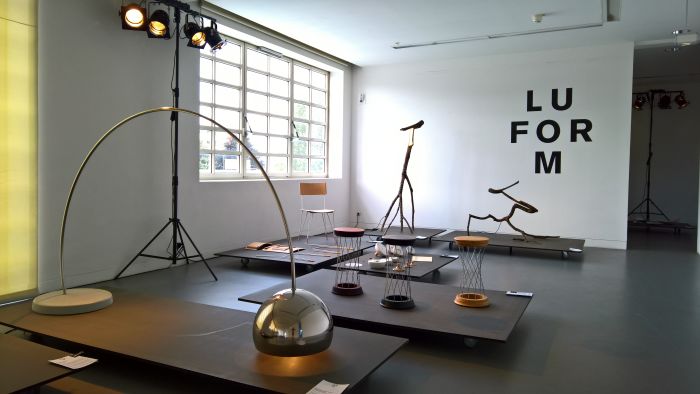 The Ludwig Forum für Internationale Kunst was established in 1970 by the Aachener art historian, and more importantly, art collector, couple, Irene and Peter Ludwig as a permanent home for their collection of contemporary art; a collection which, essentially, began in the 1960s with American Pop Art before expanding in genres and geography, perhaps most interestingly through an increasing interest from the end of the 1970s in contemporary Soviet and Eastern European art.

While the Ludwig Forum Aachen collection encompasses some 3000 works, that is but a fraction of the Ludwig’s collection. In 1976 the couple donated some 350 works to the City of Cologne, leading to the grounding of the city’s Ludwig Museum, a later donation of over 800 works by Picasso bequeathing Cologne the third largest Picasso collection worldwide. Similar, if less copious, cooperations mean that today Ludwig Collections exist in cities as diverse as, and amongst many others, Vienna, Basel, Oberhausen and Budapest.

The Ludwig’s wealth was acquired thanks to the Aachener chocolate manufacturer Trumpf – Irene was the granddaughter of the company’s founder and following the couple’s 1951 marriage, Peter Ludwig became the firm’s managing director and the man responsible for guiding the firm’s post-war expansion, laterally establishing Ludwig Schokolade as parent company to the various brands. And so in many regards one could claim that both the Ludwig’s art collection and the Ludwig Forum were paid for with chocolate money.

Conceived as a continually evolving showcase the LuForm presentation concept mirrors that of social media or a blog in that it grows over time: new works being added at, more or less, regular intervals, and when new works are added the existing ones simply slide towards the back of the “timeline”.

A particularly pleasing aspect of LuForm is the curatorial concept which sees a “curation team” featuring representatives from the Ludwig Forum, the Fachhochschule Aachen and the creative network Designmetropole Aachen decide which new objects should be added. A concept of which we very much approve because it prevents one view from dominating, stops the presentation becoming too monochromatic, or worse programmatic, and certainly speaking to designer Fabian Seibert, co-initiator of Designmetropole Aachen and member of the curation team, one gets the definite impression that the meetings aren’t just about rubber stamping a list of proposals, but of the individuals arguing the value of a favoured project.

And the result, thus far, is a charming and thought provoking mix of positions, approaches and genres, including furniture, lighting, jewellery, graphic and communication design, as well as fashion projects. And by designers from, or at least associated with, the tri-nation Dutch/Belgian/German region surrounding Aachen. A particularly pleasing recognition in our paranoid, nationalistic age of the universality of creativity. And indeed humanity.

The nature of the curation process in addition meaning that in many regards LuForm is a sammelsurium of unconnected objects, objects which share nothing save a very lose geographic connection, and which is thus much more a gallery presentation than an exhibition. Which is why we haven’t used the word exhibition thus far.

Consequently viewing LuForm is a very personal experience, there is nothing to be learned, save that which you yourself take from the objects, their genesis, their form, their position, their raison d’etre, how they speak to you. And there is enough variety, contrast and opinion in the presentation to allow for a highly entertaining and involved conversation. For our part LuForm introduced us to a couple of designers/projects which we will, at some point, follow up. Watch this space……

If we did have one complaint it would be the somewhat one dimensional presentation of the objects. While very much approving of the concept, the realisation falls a little short. While we understand, and like, the mobile stages which allow for the necessary movement of the objects, differing heights would be good, not least to break up the space and create a little visual tension. The objects themselves can’t do that, nor should they. And the walls need to be a better used. Anything quite frankly just to stop the space resembling the props warehouse at a film studio. Which is never a good look. Even if you are in charge of a props warehouse at a film studio. We were there on warm summer afternoon, the sun blazing through the windows bringing life and colour with it. One suspects a dank February morning is going to be a different experience. 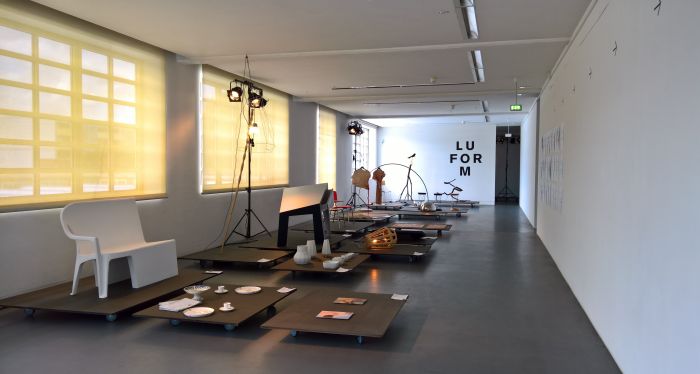 Museums shouldn’t be just about preserving, cataloguing and displaying historic collections, but should, must ?, also provide space and time for exploring, discussing and advancing new, contemporary ideas. With LuForm. The Design Department the Ludwig Forum offer just that. And that in an intelligently conceived, accessible and comprehensible presentation. The borderless way in which it approaches its task being, as already intimated, particularly welcome.

While the LuForm concept allows for an endless showcase, and certainly it is billed as being without time limit, the inevitable physical limitations of the Ludwig Forum’s home in the former Emil Brauer umbrella factory, mean that eventually space will run out. Buildings, like umbrellas, having a finite elasticity. The question is of course, what happens then? What happens to those objects for which there is no space?

Our answer would be that the Ludwig Forum buy the works as the basis of a contemporary design collection, turns an implied “Design Department” into a tangible, and thus the opening of a new chapter in the museum’s history and the creation of a new focal point for contemporary design in the birthplace of that other great Ludwig. Mies van der Rohe.

And besides, why should artists get all the chocolate coins? Designers also get hungry.

LuForm can be viewed at the Ludwig Forum für Internationale Kunst, Jülicher Straße 97-109, 52070 Aachen. Full details can be found at http://ludwigforum.de 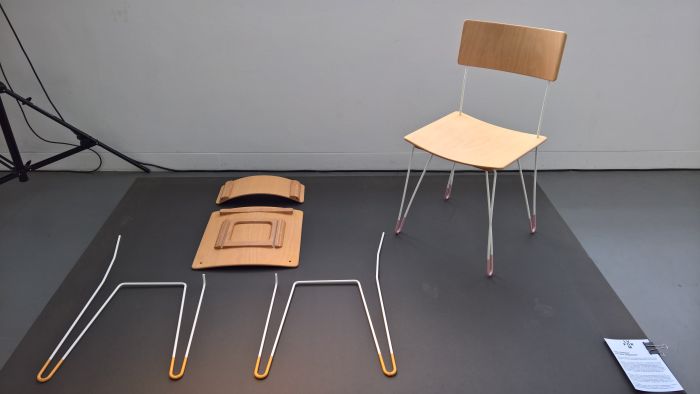 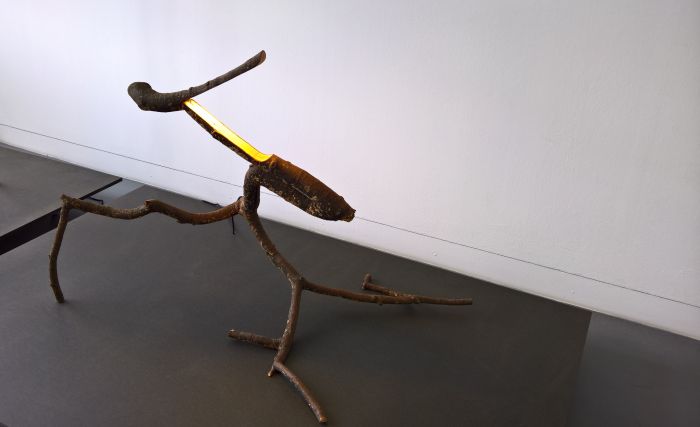 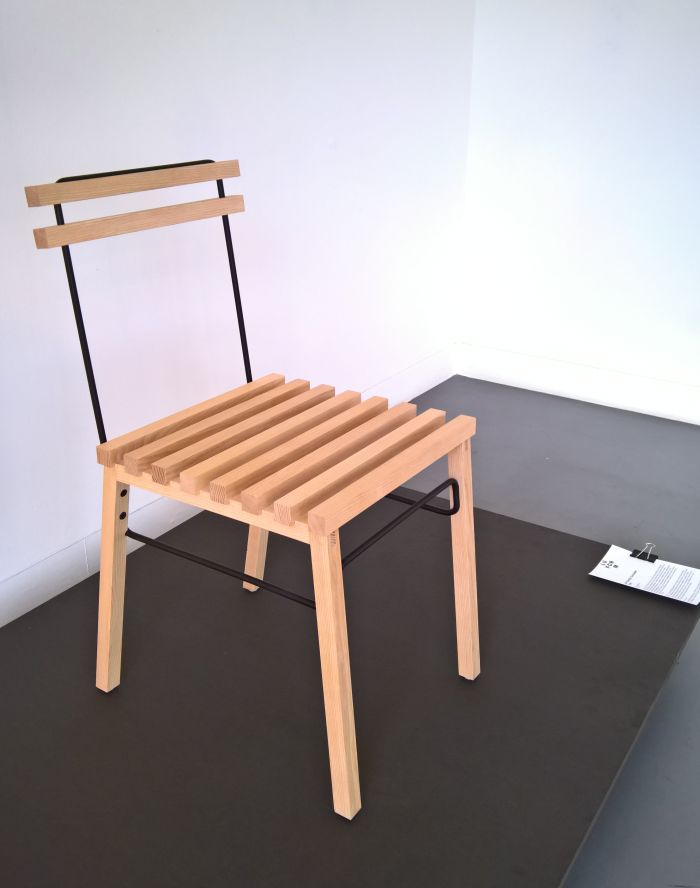 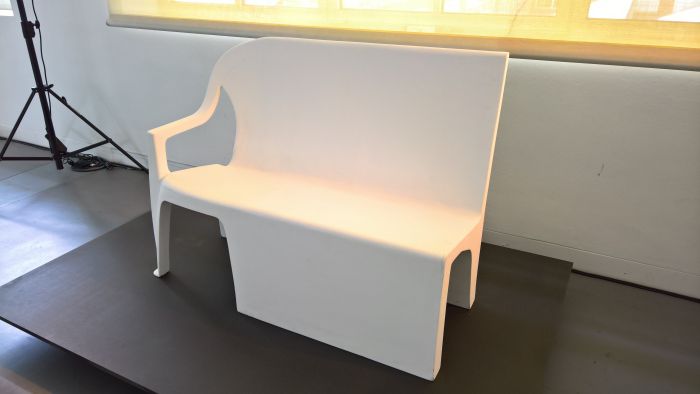 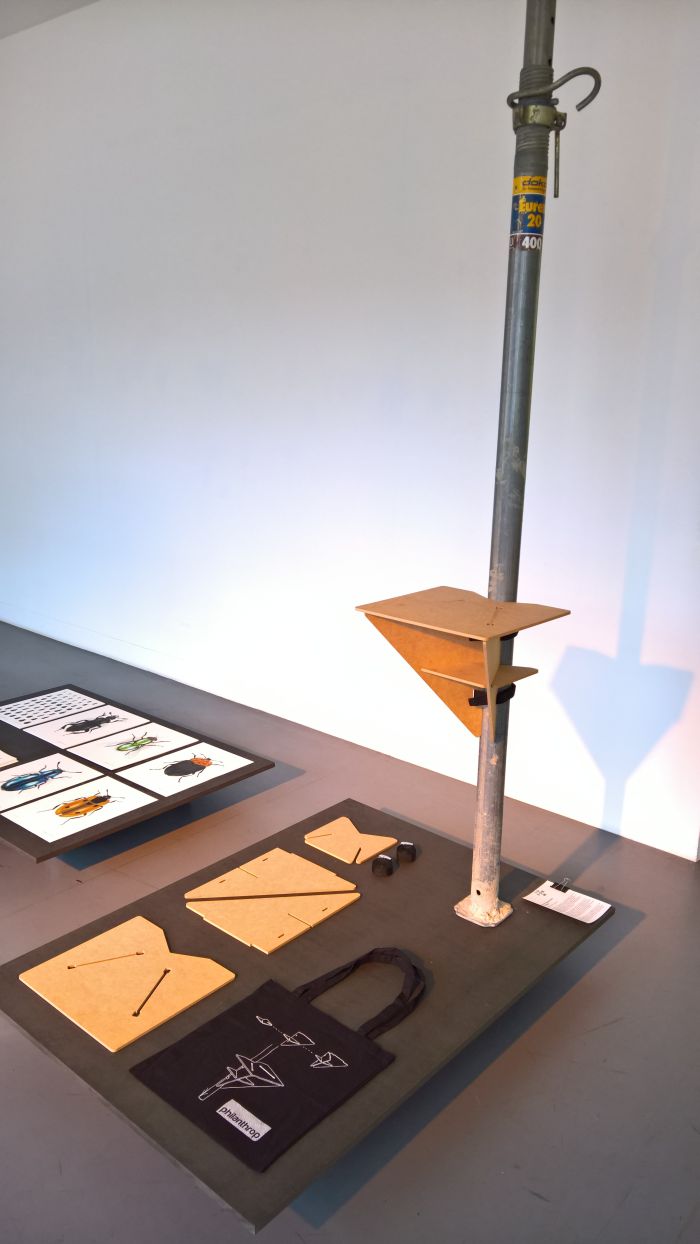