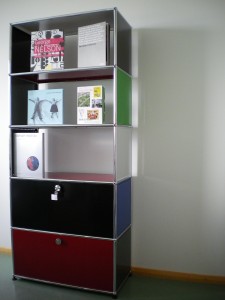 A few weeks ago we premiered our new film featuring USM Haller in the leading role. This however was not our stars first major film role. In 2001 USM Haller starred alongside John Travolta, Hugh Jackman and Halle Berry in the film “Swordfish”.

And just as during our production USM Haller also proved to be real diva on the “Swordfish” set and was responsible for various delays during the filming. Most notably in the famous scene when a Hummer breaks through a plate glass window.

However, having been raised and trained in the Swiss Villge of Münsingen, USM Haller did what it does best and stood firm and was only lightly dented by the impact.

In order to achieve the desired dramatic effect the director was forced to have USM Haller “loosened” so that on impact it flew apart with the required gusto.

We tell this tale not to impress with our name dropping of top Hollywood stars, but much more as an answer to the many questions regarding possible damage in transport.

Not only are all our USM Haller units well packed and secured ahead of delivery, not only is the delivery undertaken by an experienced transport company, but if a Hummer driven through a plate glass window only dents panels on an USM Haller sideboard, then that is a pretty good indication of how what can  – and for cannot – happen during transport. 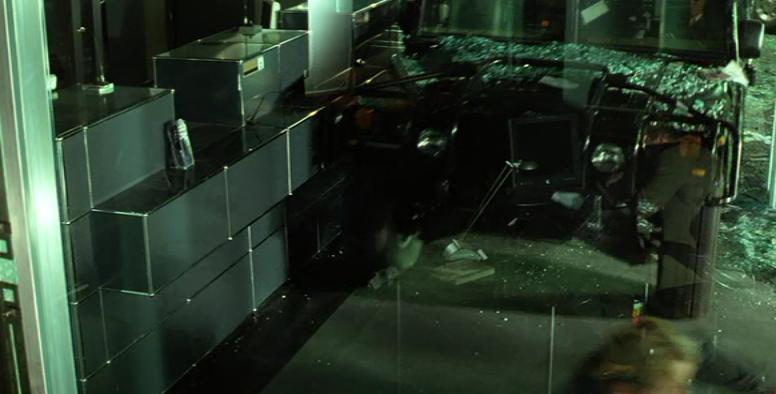