On September 14th the Bauhaus Archiv in Berlin opened an exhibition devoted to Hajo Rose.

Now we have to admit that when we first read the Bauhaus Archiv press release announcing the exhibition we were at a loss.

Even Wikipedia could only offer us a couple of sentences in Dutch.

Worse still, the catalogue at the Deutsche Bucherei – an institution that possess one copy of every book ever published in Germany ever since the beginning of time ever – offered us 2 “books” on Hajo Rose.

We’re not saying enigma, but …. 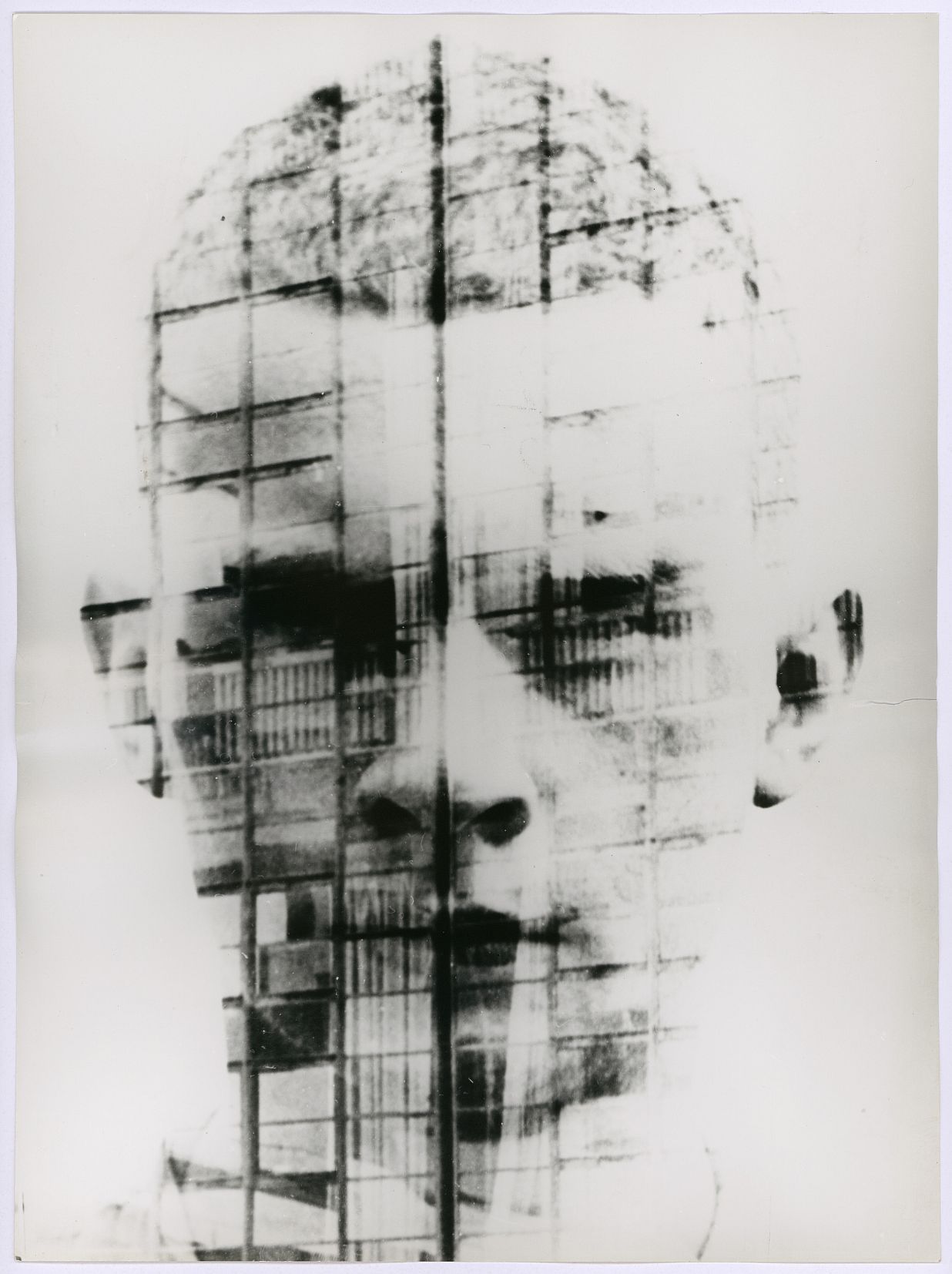 Hajo Rose: A self-portrait combined with the facade of Bauhaus Dessau

Born in Mannheim in 1910 Hans-Joachim Rose (for such is his full name) initially studied in Kaliningrad before joining Bauhaus Dessau in 1930.

In Dessau Hajo Rose completed his “Vorkurs” under Josef Albers before moving on to study typography, advertising and exhibition design under Joost Schmidt and photography under Walter Peterhans. Hajo Rose graduated from Bauhaus in 1933, as one of the last graduates before the institution was closed by the nazis, and began working as an assistant to Laszlo Moholy-Nagy in Berlin.

In 1934 Rose fled Germany and took up a teaching position at the Nieuwe Kunstschool Amsterdam.
Returning to Germany in 1949 Hajo Rose was appointed a lecturer at the Dresdner Hochschule für Werkkunst and Bildende Kunst by it’s new Director Mart Stam, before in 1953 he switched to the Leipzig Fachhochschule für Angewandte Kunst.

Following his decision to leave the ruling SED party Hajo Rose was no longer able to work as a lecturer in the DDR and subsequently earned his living as a freelance exhibition stand and graphic designer.

Hajo Rose died in Leipzig in 1989 shortly before the fall of the Berlin Wall.

Although most of his celebrated works were in the fields of graphic design and poster design – and lest it be forgotten in addition to numerous exhibitions of his work Hajo Rose also won, for example, 2 Gold Medals at the 1937 Paris Exhibition – Hajo Rose was also a highly talented photographer.

The photographic department in Dessau was established in 1929 under the leadership of Walter Peterhans and the young Hajo Rose was not only greatly influenced by Peterhans but also Moholy-Nagy.  As the first person at Bauhaus who really worked with and experimented with photography as an art form and who pushed the boundaries of what could be achieved, Moholy-Nagy greatly influenced the development of Bauhaus photography. 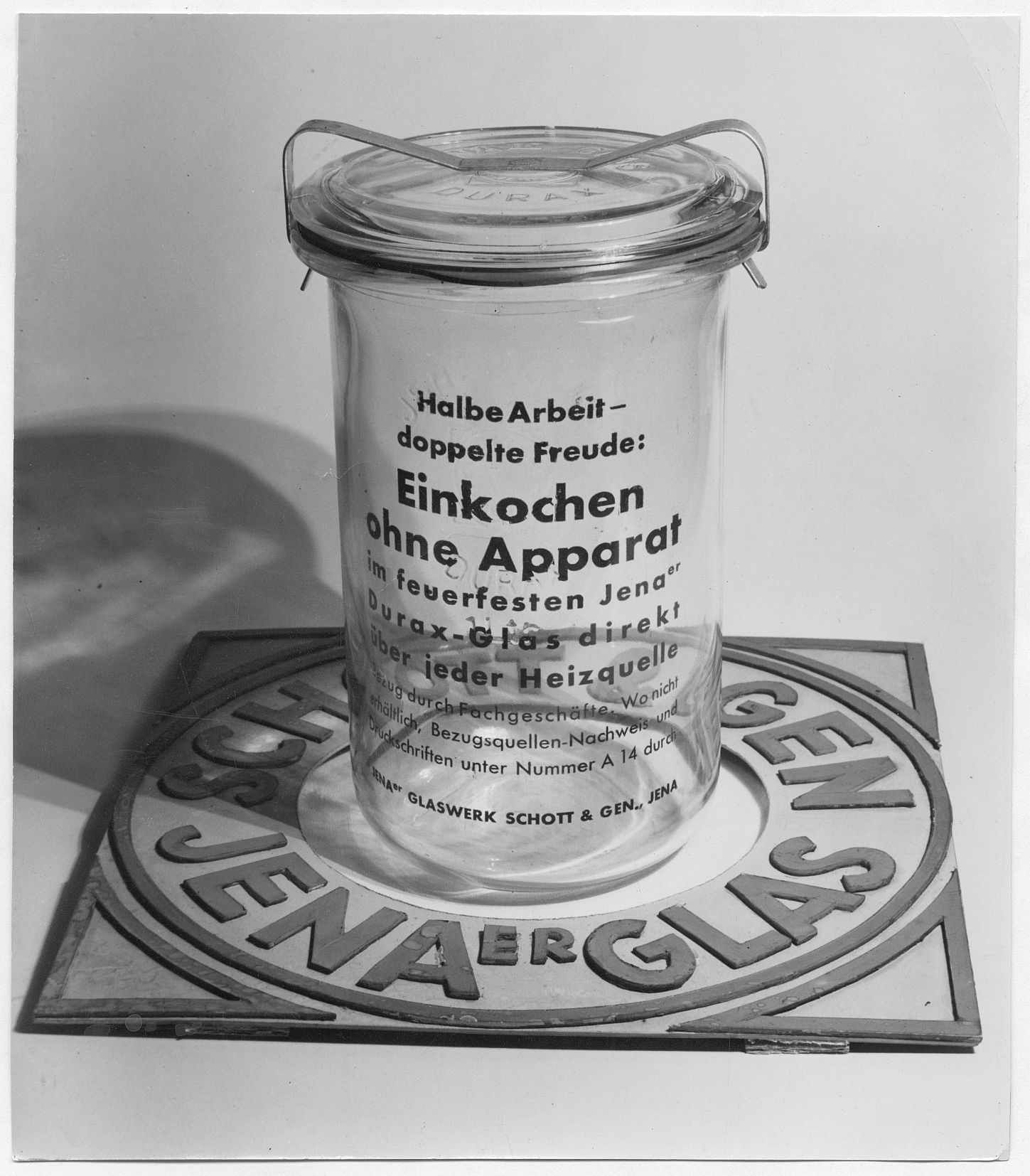 A further influence was Josef Albers, who used to photograph those student works he approved off with a small Leica camera.

Impressed by the effortlessness with which Albers was able take his photos, Hajo Rose also bought himself a Leica camera and inspired by Moholy-Nagy and Peterhans, slowly moved from the simple “reproductive” photography of objects to “constructive”, artistic/creative photography.

As Rose himself says the transformation was not quick but rather via “continual and considered effort,  involving devotion to the individual subject and their individual logic”1

This studied and considered approach combined with technical innovation is something that can be clearly seen in much of Hajo Rose’s work.

One of the big problems with Hajo Rose, as we can testify, is the fact that almost all the public sources of information are magazine articles and exhibition catalogues from the DDR – and as such must be approached with a certain degree of caution. Therefore it is important that on the occasion of Hajo Roses’ 100th birthday an exhibition using less-publicly accessible sources such as those held in the Bauhaus Archiv has the opportunity to present a more accurate portrait of a highly talented artist.

And Hajo Rose is certainly an artist who it is worth learning more about and who deserves a bigger public acclaim than he currently enjoys.