Among the projects at Design Miami Basel 2011 that most appealed to us was without question Cloud by London architect Asif Khan.

Conceived within Asif’s tenure as one of the 2011 W Hotels Designers of the Future Award winners, Cloud can, at the most primitive level, probably be best described as floating foam.

But as with all good design Cloud hides its true genius behind a facade of primitive simplicity.

Cloud employs a mixture of Helium, soap and water to create irregular forms that rise upwards where they are collected in a net. The conglomeration of the artificial clouds creating one big cloud that provides an area of shade. Much like a cloud.

We do have a nice animated .gif – but we’re having difficulty integrating it :(  Watch this space!

To find out more about the project, we briefly spoke to Asif Khan about Cloud and the W Hotels Designers of the Future Award.

(smow)blog: Starting at the beginning, what is the background to Cloud ?

Asif Khan: The project is my response to the brief set by W Hotels which was “Conversation Pieces” and my aim was to create an experiment exploring the limit of what designates architecture and so to create a very primitive shaded space –  like a canopy under a tree – but which has the memory, texture and light diffusing character of clouds. And so that’s we’ve done, made clouds out of helium, soap and water – which are the most basic materials but they create a space and a sort of architectural ecosystem which people are invited to come and participate in.

(smow)blog: Is the project something that you have been working on for a while, or how long was the development phase?

Asif Khan: It all really started as I was playing with my son in the bath and realised that foam was a wonderfully mouldable and sculptable material and so I started researching this form of material language. But then translating that into a cloud was something that we did specially for this project, we started with the planning in January but then the real work was done in April in May.

(smow)blog: And is this an idea that you plan to develop further, or… ?

Asif Khan: Yes, on the one hand it is a piece in itself but it is also in a way a prototype for a new type of architecture that we may see at some point in the future.

(smow)blog: Your here in Basel as one of the 2011 W Hotels Designers of the Future Awards winners. What does that mean to you?

Asif Khan: It is just a real privilege. And its amazing to be put in this environment amongst all these other fantastic designers and to be endorsed by Design Miami as effectively a vision of the future. And so for me it’s a platform but also puts us in a place where we have to aspire to reach the next level: and so it really pushes you, which is great.

(smow)blog: And in that sense, what can we expect to see from you in the near future?

Asif Khan: I’m designing a restaurant in Borough Market London called Elliot’s which is opening in a couple of weeks and am also creating a pavilion for the British Council and the Royal Academy of the Arts for the Singapore Architecture Festival. Then in terms of products I’m doing some classroom furniture with Magis, and I’ve just launched a light with Danese. And so all different scales of projects, and also some huge, crazy stuff for next year. But more about that later.

(smow)blog: And final question, will we be able to see Cloud anywhere else, or is it a one-off for Design Miami Basel?

Asif Khan: We want to try to do it London, and we have had a lot of offers from visitors here to show it in various locations around the globe, and so I’m sure there will be other opportunities to see it. 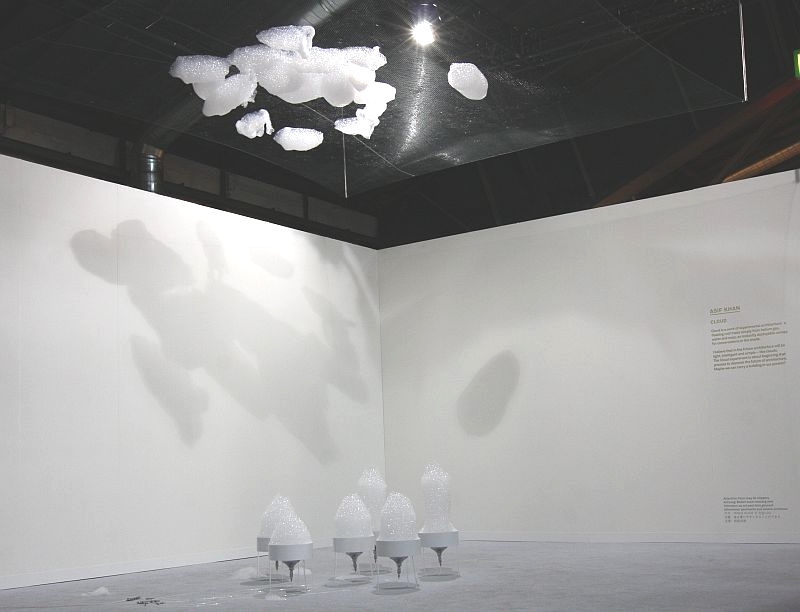 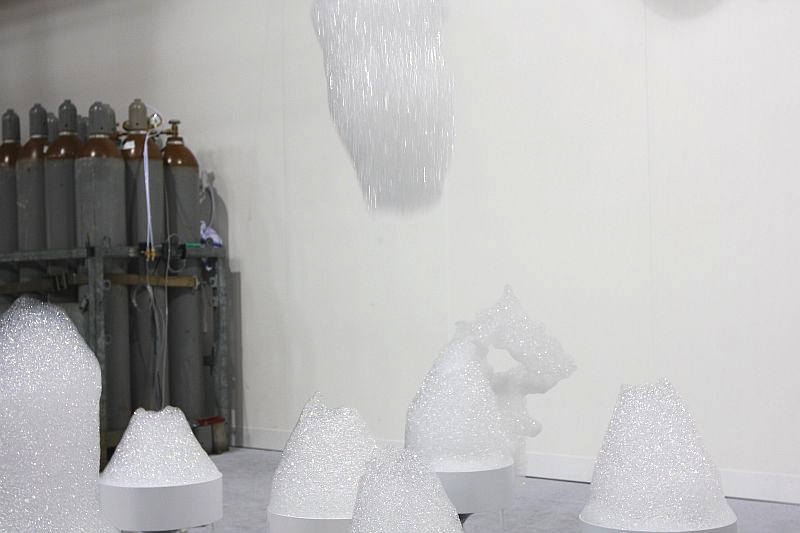 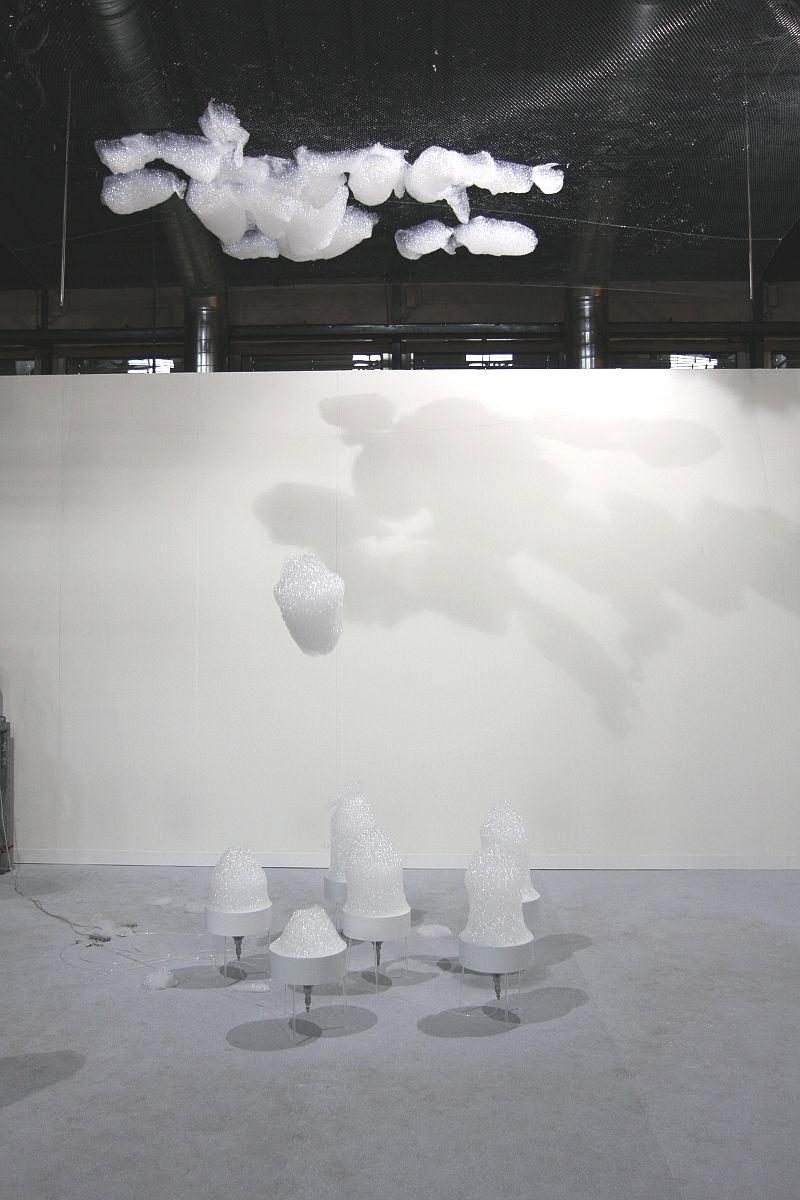 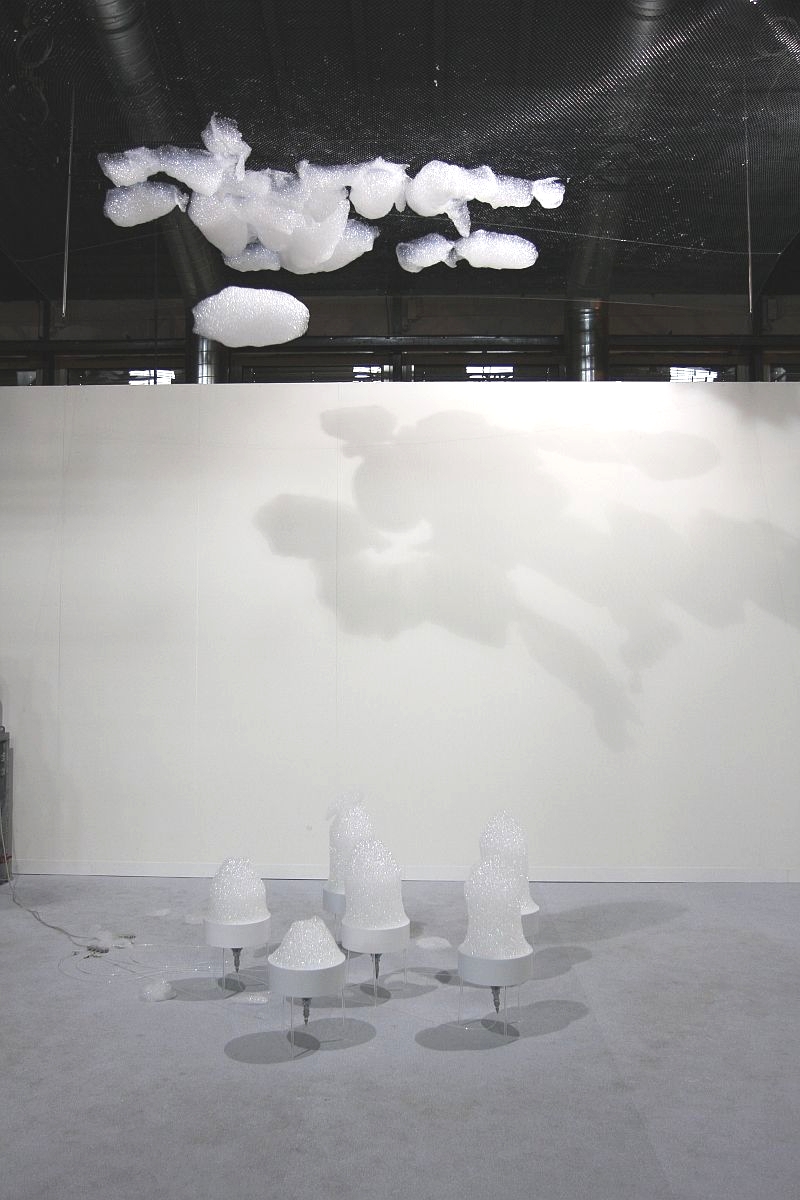