DMY Berlin 2011: Transalpino – Made in Between

For their 2011 project the Berlin/Milan design group Transalpino chose to explore the “design” tradition that exists between their two cities.

The fruits of their research were presented at DMY Berlin 2011under the title “Made in Between”.

To find out a little more about the project we spoke to Transalpino member Christoffer Martens.

(smow)blog: Briefly, what is the background to “Made in Between”?

Christoffer Martens: Normally one would only speak of Berlin as a design city or Milan as a design city, but we wanted to explore the potential that lies between the two. We were curious as to what possibilities existed in the different regions. And so we examined the regions that we would have to travel through and then chose companies who we felt represented this region. And in the end we had a nice mix of very traditional companies, more modern firms and of small handcraft businesses and large, global concerns. And through the project we have connected the areas in that we have created products that link several companies and regions.

(smow)blog: When you say “connects”, does that mean several producers are represented in one product ?

Christoffer Martens: In some products one has different materials from different companies, or sometimes a process or specialisation from one company is used in a product with another. So there are various forms of “connection”

(smow)blog: And the trip itself. Did you really travel the route, or…?

Christoffer Martens: Yes, we really were underway for two weeks with two cars, one being a very old VW van. We travelled the route, visited the companies, had a look at what they do, exchanged ideas and then after the trip started with the actual product development phase.

(smow)blog: What have you as a designer learned from the experience?

Christoffer Martens: On the one hand one realises the huge potential that exists in the individual regions, regions that are quite far removed from the conventional “Design Cities”. And also the amount of knowledge that exists there, knowledge that in some cases threatens to be lost because the long term future of the companies is uncertain. And you met people who can make the most fantastic objects and that is so inspiring. And so all in all it was a wonderful, inspiring experience.

(smow)blog: Your premiering here in Berlin, do you plan to show it elsewhere?

Christoffer Martens: Traditionally all Transalpino exhibitions  are shown both in Berlin and Milan. We plan to show at Milan next year but naturally also in some of the locations where we were.

Full details of the project and images of all products can be found at www.transalpino.de

And on Thursday June 23rd members of the Transpalino group will be talking about the making of the project and sharing their experiences at Galerie “erstererster” in Berlin.

DMY Berlin 2011: Transalpino - Made in Between

Constellation Vase by Johannes Laue, part of Transalpino - Made in Between 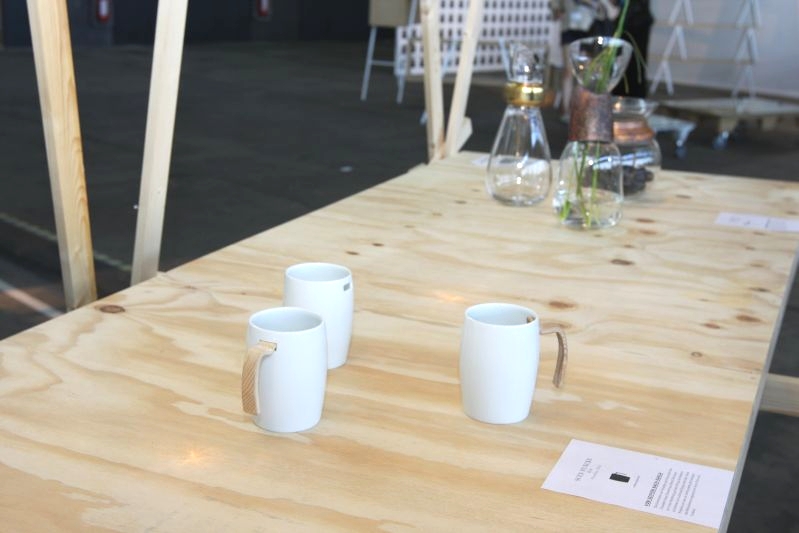