Enzo Mari. Me and the Farmer.

Preparing for the event we read page upon page about the man, his ideas, his work but mainly about his well documented rants against…. well pretty much everything as far as we could ascertain.

Which made the sight of a gentle, elderly man, walking amongst the audience, shaking hands and exchanging pleasantries all the more intriguing. 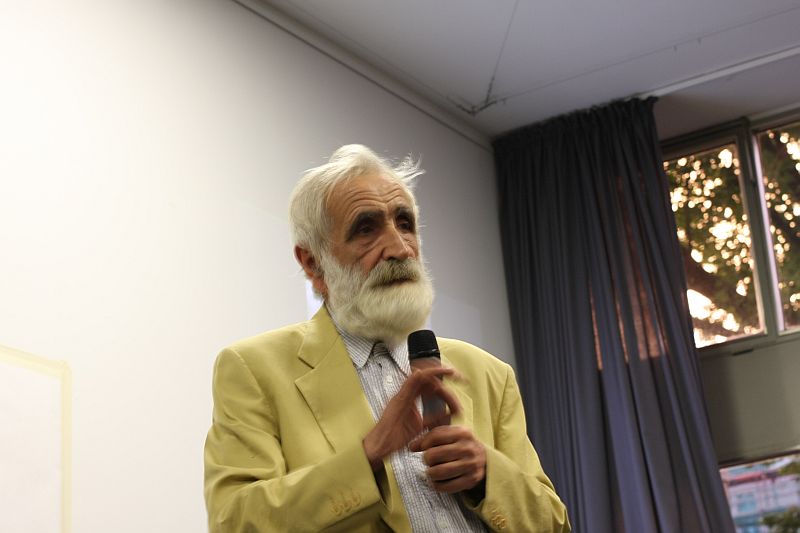 A sprightly 79 years old, Enzo Mari initially studied literature and came to design more by necessity than desire. However despite his somewhat haphazard journey, as a designer and design theorist Mari has left an unmistakable mark on post war European design. Largely because he never let himself be distracted or otherwise persuaded that his way was somehow not correct.

And this theme of doing your thing, your way was a central feature of his talk. Especially in terms of the market. An institution that Mari has never liked. And will never accept. One shouldn’t be afraid and kowtow to the market, being Mari’s advice; rather, have the courage to say no and to do things a different way.

On an administrative note we’re paraphrasing and not quoting because Enzo Mari held the talk in Italian, which was then translated into English; and we don’t want to misquote the great man. Not when we can misparaphrase him.

The idea of doing your thing and going your own way is of course not new or revolutionary.
Many of us claim that we do it, but standing by your decisions and publicly defending them is something only a small minority truly have the courage to do.

Aside from the market, Enzo Mari’s other great pet hate is technology. Especially in connection with the market.

Offering a piece of advice to the students, he suggests that as a semester project they should consider spending some time working as a farmer. Compare the culture of farmers and computer culture, he challenges us. What’s more important?

Had we never had farmers, continues his logic, we’d never have had computers.

There is a really, really weak apple joke in there. But we’re no Rhein Carnival Troop. 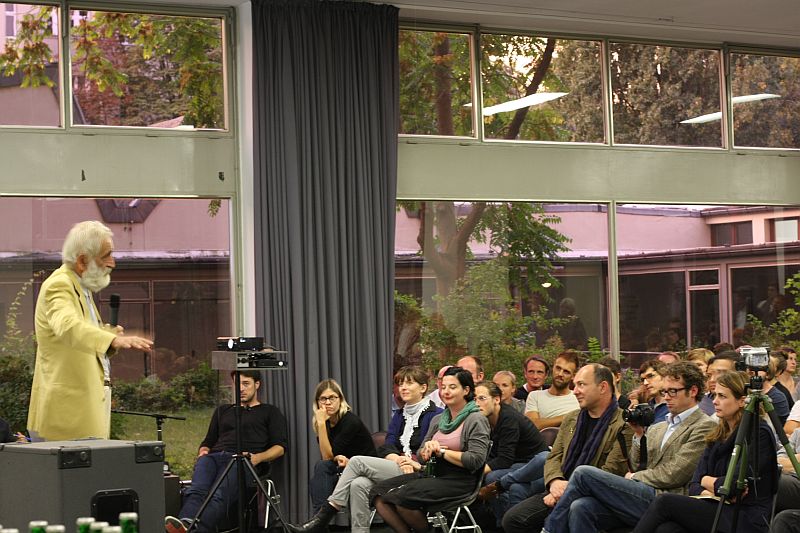 Although we could follow and even agree with a lot of Enzo Mari’s logic as regards the evils of an all-invasive monotone digital culture, we find his position a shame.

Here is a man who in the 1970s was creating plans for furniture that people could make themselves.

Here is a man who has a back catalogue littered with truly delightful objects that one could create by 3D printing or rapid prototyping.

Here is a man whose work screams Open Design.

Is that not maybe something that could, possibly, be for him?

We explain the concept, briefly, to him. He considers. He understands. He doesn’t like it.

But, we protest, you created those shelves…..

Yes he replies, but that was part of a larger project. For individual, quick projects, he says, yes. Why not.
But if a designer sits for one or two years on a real project then the designer needs to be paid.

But, we throw in hopefully, computers, new technology are they good for anything?

All computers should explode!

For Enzo Mari computers enslave, but much more become an artificial crutch on which we lean. The real world is hard and scary, he tells us, but one should go out and face it, challenge it, conquer it. Not sit at home in a virtual world. Safe but brain dead.

Far be it from us to contradict Enzo Mari. And intellectually we’re not sure we can.

But, we believe that by blanket rejecting new technology Enzo Mari is denying himself the chance to realise some of the goals to which he has been working all the years.

Which as we say, we find a shame.

Obviously the question also arises if Enzo Mari’s dislike of modern technology is related to his conviction on always doing things your way regardless of what the majority say.

We suspect so. But also see little point in pursuing the question.
If Enzo Mari doesn’t want to embrace the modern he doesn’t have to. He’s more than earned the right to dislike it.
And eventually someone else will take up his theories translate them into the modern world, and we’ll all benefit. 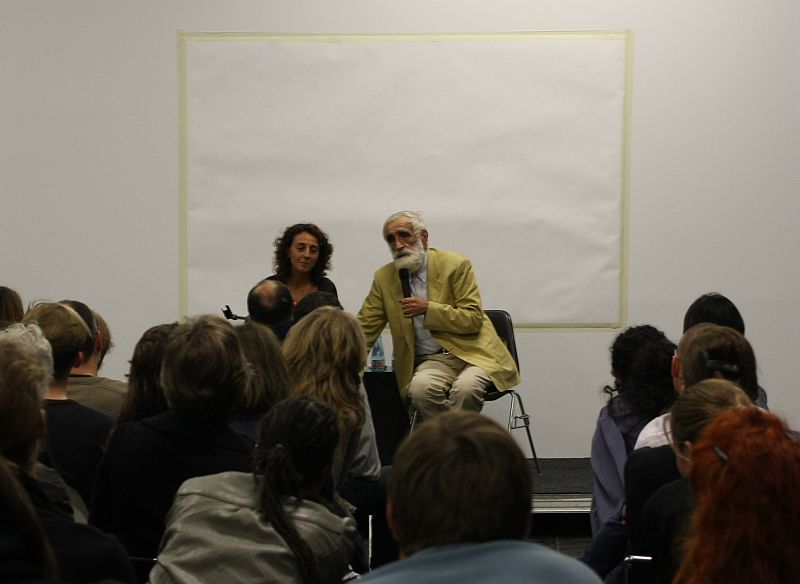 Enzo Mari in discussion with the audience

Aside from denouncing technology and the market Enzo Mari delivered an amusing, thought provoking, controversial and for all highly entertaining presentation in Berlin covering numerous aspects of art, culture, politics, society and occasionally even design.

Or the horrid word design as he preferred to refer to it. As we say, Enzo Mari is no fan of design.

And the famous rants?  Oh yes they were there. At the end of one particular fist shaking denunciation of something or other, Mari turned to his translator and asked if she was really translating everything. Yes, she replied, but she wasn’t going to shout!

The warmth of the smile and the glow in his eyes in response to her answer betraying the true nature of such outbursts. The man isn’t grumpy or cantankerous.

He is simply passionate.

During a quieter moment we scanned the auditorium and wondered how many of the audience had come in hope of seeing the arm waving and ranting.

We suspect many. We hope few.

Because in the course of the evening Enzo Mari spoke about design with a wisdom and security that one can only acquire through decades of intense interaction with design processes, practitioners and results.

One doesn’t have to agree with everything he says. But one should hear it.

He ended his talk with a question, Did I talk enough?

No. But then it is genuinely questionable if a man such as Enzo Mari ever could.