Is there anything left to say about Bauhaus?

Have we not all seen, read, written enough?

We all know the important points of the story.

We all know the famous art works and design classics.

Most of us can name three or four Bauhäusler, the cleverer among you might reach a dozen.

There’s nothing new to be said.

Were it only that simple…. 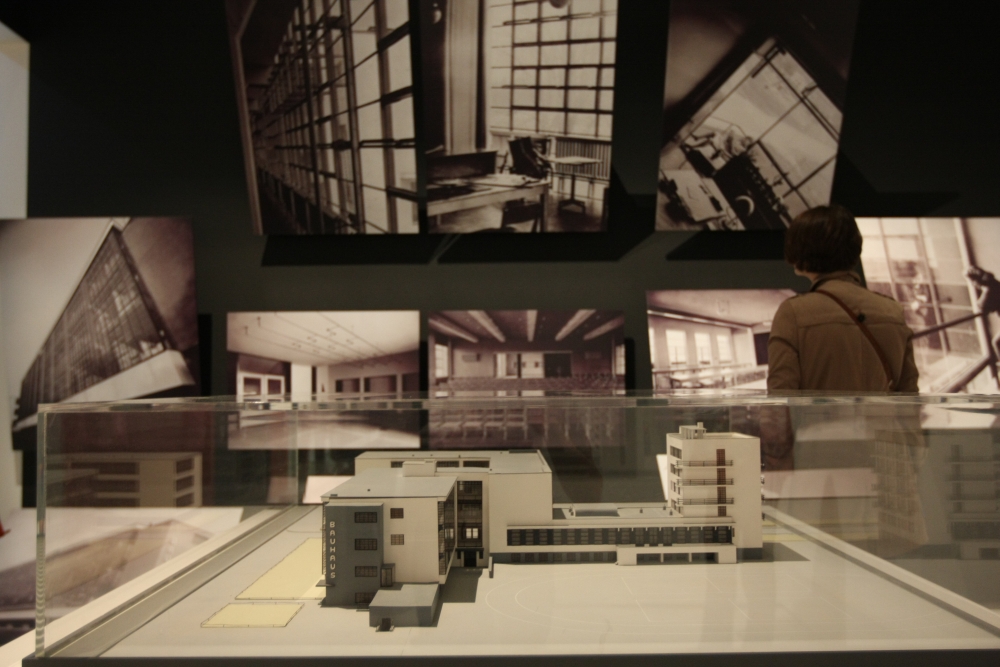 Bauhaus Dessau in model and photos at Bauhaus: Art as Life

Some 1200 students attended Bauhaus Weimar, Dessau and Berlin, add to that number the teaching and workshop staff and one reaches not only an unquantifiable collection of produced works and personal anecdotes; but hopefully also the conclusion that there is an awful lot more to the story that a couple of chairs and a Wagenfeld Lamp.

That most presentations of Bauhaus simply reproduce what we all know is because that is the easiest option. It’s perceived to be what the public want.

Which is why if you go into any public library and flick through a dozen Bauhaus books, you’ll find the same story told with a dozen different collections of adverbs.

Not revolutionary or ground-breakingly different, it is still very much an exhibition intended for a mass public and as such suitably speckled with identifiable classics; however, “Art as Life” attempts to present Bauhaus for what it really was.

Albeit a big holiday camp where creativity was a way of life and something celebrated and practiced day and night as a matter of course.

Indeed walking round the Barbican Art Gallery, one could be mistaken for thinking that many of the Bauhaus classic were created more by mistake than design…..

Divided into ten sections looking at the Bauhaus story from the beginnings in Weimar until the Berlin end, “Bauhaus: Art as Life” is a wonderfully accessible and open exhibition that makes prudent use of the architecture in the Barbican Art Gallery to tell the story of Bauhaus as not only place of production, but much more as a place of party, people and play.

Social Bauhaus is represented just as prominently as Innovative Bauhaus.

An exhibition concept that genuinely presents the subject matter with a rarely seen freshness and depth. 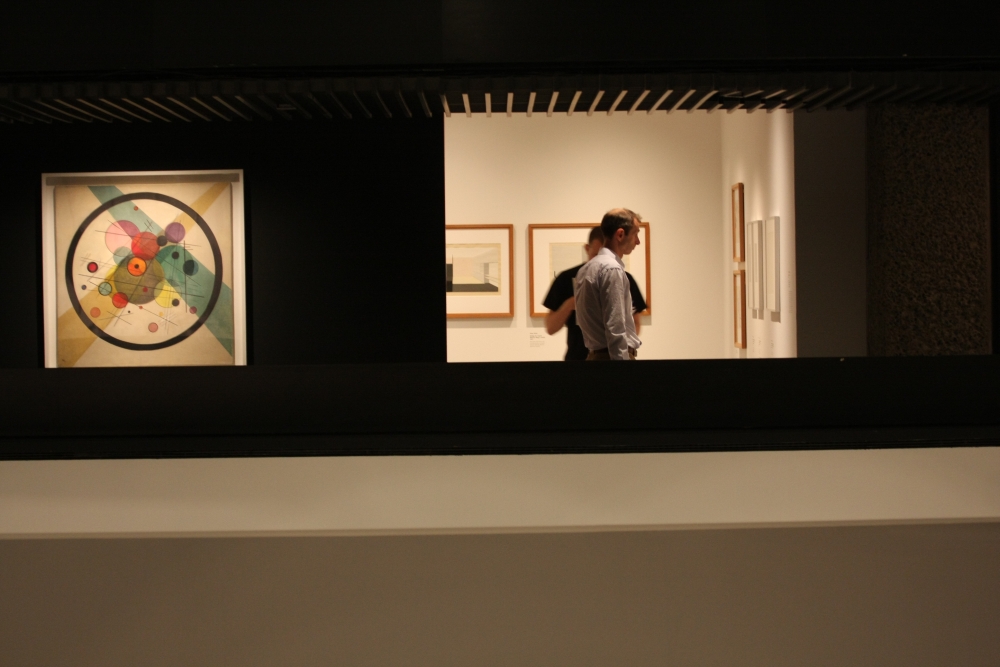 In addition to wonderful examples of Bauhaus furniture, textile, pottery or toys, “Bauhaus: Art as Life” also presents an awful lot of framed works – so paintings, sketches, photos and, the real joy for us, montages.

Bauhaus montages always amuse and impress us. We suspect that is because they look like the were made by children; not surprising given that they were undeniably created with a child like fascination for the creative process. With the fun of just trying and seeing what happens.

And this courage to experiment and to remain true to your own philosophy regardless of what convention and popular wisdom dictates, is without question what defined Bauhaus. And indeed remains one of the most important lessons that is to be drawn from the episode.

This particular Bauhaus idiosyncrasy is beautifully highlighted in “Art as Life.”

That and the feeling that Bauhaus was a lot less egalitarian than many care to admit.

There is an undeniable smugness in much of what is on display.

As we say Bauhaus was in many ways a holiday camp, and one can’t escape the feeling that a small group of Bauhäusler dominated the camp. Probably with all their tents in the best location. And with the best barbecue.

If you didn’t belong to this clique then not only was the camp potentially a fairly lonely place; but there is also a fair to middling chance that you haven’t survived historically.

That may just be us and our inherent distrust of the cool kids. Our deep suspicion that the principle function of social hierarchies is to make us feel inferior and our contributions worthless.

Or it may be because Bauhaus was in fact dominated by a relatively small inner-circle.

Although, for us at least, implied in many of the exhibits, the theme isn’t an active part of the exhibition. Which is perhaps no bad thing as it gives you something to research and consider ex post facto.

For much like it is never good to leave a restaurant bloated; so to is it always good to leave an exhibition with new, unanswered questions to explore. 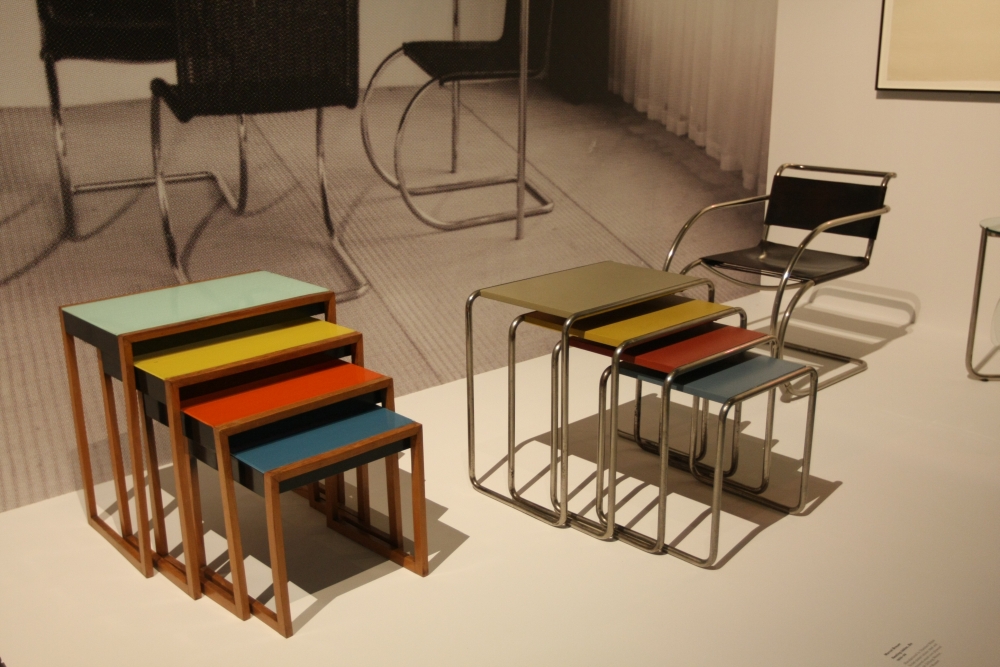 Now, we're not accusing anyone of anything. Obviously. Josef Albers & Marcel Breuer at Bauhaus: Art as Life

“Art as Life” is the first Bauhaus exhibition in the UK since 1968. And it’s fair to say that probably next to no one in then UK even noticed the absence. And so are Bauhaus exhibitions still relevant and important? Not just in a British context, but generally?

Too much of what we understand as Bauhaus today is either not Bauhaus or is a narrow, standardised, interpretation of Bauhaus.

Gropius’ college has become a brand.

And not a particularly interesting and challenging one. More a safe bet for the unadventurous.

Which is a shame. Because Bauhaus was anything but. As “Bauhaus: Art as Life” makes wonderfully clear.

“Bauhaus: Art as Life” can, and indeed should, be viewed at the Barbican Art Gallery, London until August 12th 2012. 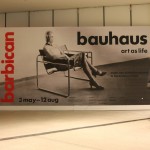 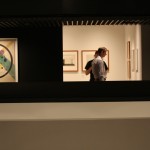 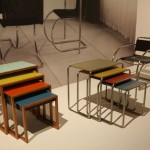 Now, we're not accusing anyone of anything. Obviously. Josef Albers and Marcel Breuer at Bauhaus: Art as Life 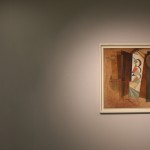 Wassily Kandinsky, Development in Brown (1933). One of the last works created at Bauhaus. 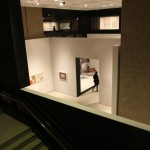 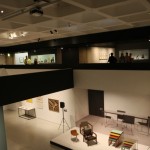 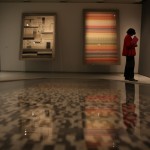 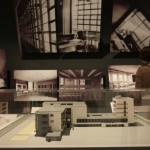 Bauhaus Dessau in model and photos at Bauhaus: Art as Life 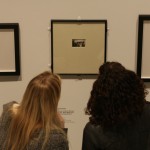 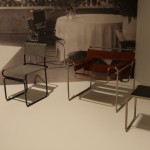 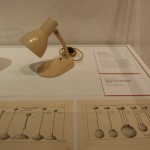 Not often you see the word "Chemnitz" in a museum exhibition. Lighting from Marianne Brandt at Bauhaus: Art as Life 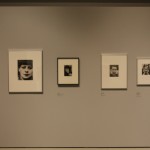 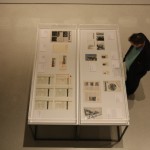 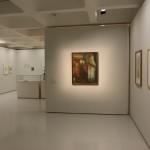 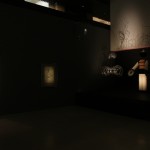