It’s fair to say that until visiting DMY Berlin 2012 the only design object we knew from Rosenheim was Nils Holger Moormann‘s Volvo.

However at Tempelhof Airport the students from the Interior Design department of the Hochschule Rosenheim demonstrated that the southern German town can also produce slightly more contemporary works.

On an interesting and nicely varied DMY stand the two highlights for us were the table “T#9” by Rebecca Schmidhuber and the kitchen system “Stangenware” by Nina Mader and Jonas Gorke.

Presented by Rebecca Schmidhuber as a “community centre in the kitchen area”, T#9 is essentially a table with a platform that can either be stored under the table top, or liberated and raised up. The height can be adjusted in several steps.

If we’re honest we don’t really follow Rebecca’s logic that one can use the raised element as extra work surface while preparing food. If that’s the aim, you don’t need it to be height adjustable. A pull out section does the job equally well.

For us the beauty of T#9 is simply the idea. The mechanism.

One the one hand in the T#9 one could use it as Rebecca suggests, or use the raisable section to provide an extra bit of dimension to your room: as in raise the platform and place flowers or a fruit bowl on top.

But more importantly the system needn’t be limited to a kitchen table, with a few tweeks we can well imagine such a system being invaluable in a desk, a multi-media cabinet or workbench.

And of course T#9 looks fantastic. 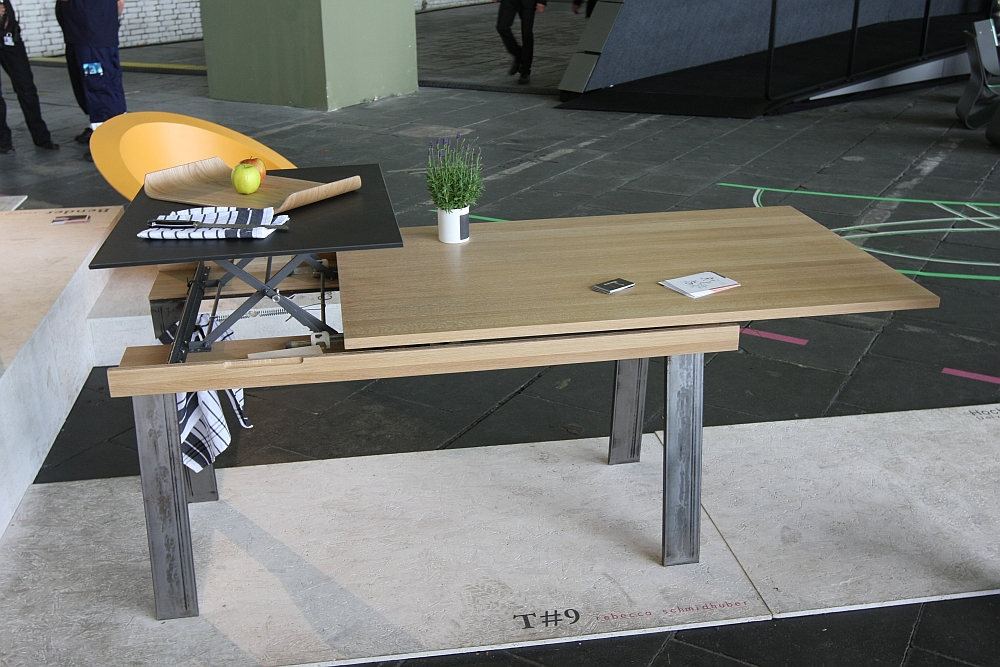 “Stangenware” is a kitchen system in two parts. The first part comprising a frame to which metal rods are attached. The second is an over-sized butchers block which functions as a mobile island for food preparation, eating etc.

Now obviously metal rods for hanging things on in the kitchen aren’t in themselves new. What attracted us to “Stangenware” however was the specially constructed shelves/boxes which can be added to the rods. On the one hand practical in their own right – and unquestionably a feature that is missing when you simply attach rods to the wall yourself. But also the fact that some of the boxes contain plug sockets and lamps.

Because that’s what’s really missing when you simply attach the rods to the wall.

And aside from their practical nature it is also these elements which really give “Stangenware” its balance. Without them the system simply wouldn’t work visually.

We also liked the fact that it was all enclosed in a frame as it provided the whole system with a very nice geometry.

The mobile island element in contrast did seem a little superfluous to us – and we’d probably rather switch that for a T#9 table.

We’re not necessarily saying any of the works on show at DMY Berlin 2012 will become design classics on a par with the Moormann Volvo; but it is very encouraging to see that away from the German metropolitan centres intelligent and sensible design is being developed. 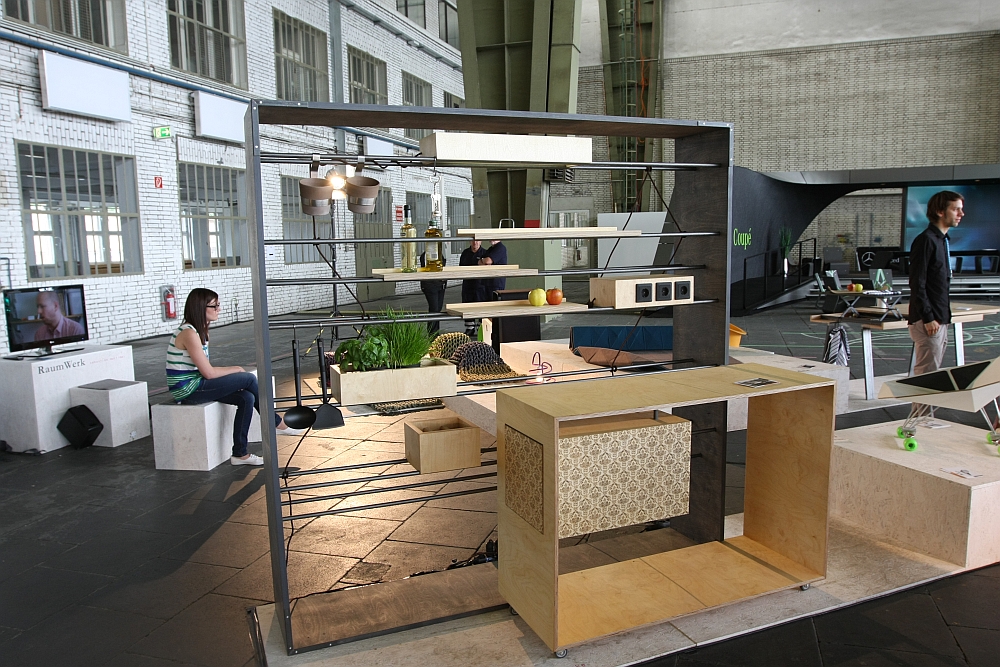 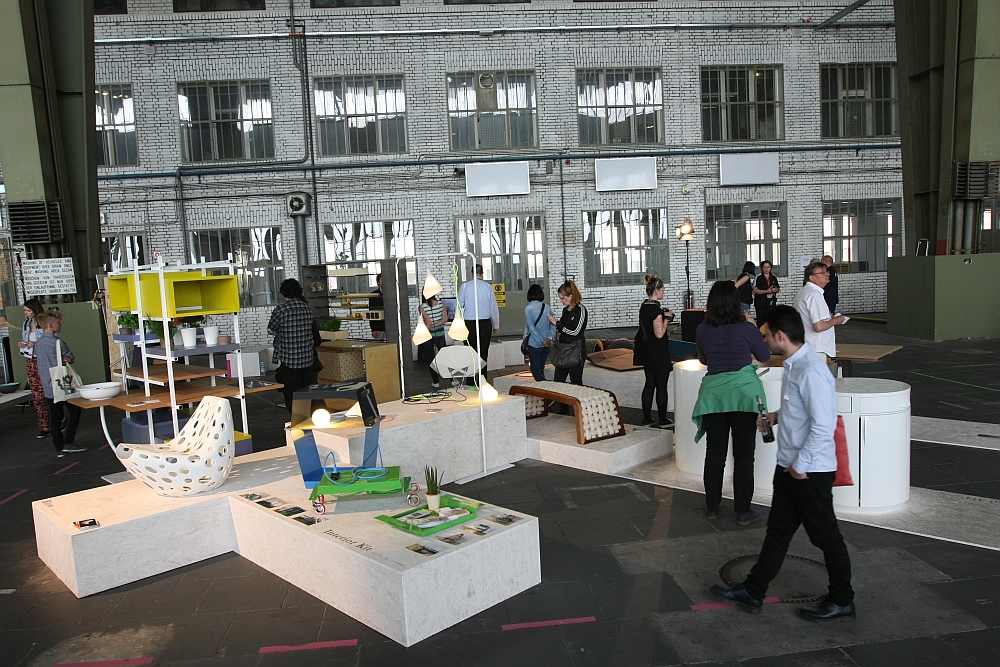