The history of furniture design is strewn with works that briefly graced the public stage before vanishing without the honour of a curtain call.

Crawl through the cellar of any major furniture producer and you’ll find them; the perfectly mummified remains of genuine design classics that failed to transform their creative majesty into hard cash.

Such as the so-called “Girard Group” by Alexander Girard.

Although best known for his textile and wallpaper designs Alexander Girard wasn’t averse to turning his hand to furniture design.

In addition to assisting Charles and Ray Eames with the creation of the La Fonda Armchair for the restaurant of the same name, Girard also created a wonderful collection of furniture for the lounges of Braniff Airlines. A partnership we wrote about in a previous post. Pastel coloured fuselages and all.

And from his Braniff lounge furniture the seating is the obvious highpoint.

Very much of their time, yet quite unlike anything George Nelson, Charles Eames or any of Alexander Girard’s other colleagues were creating, the “Girard Group” seating is defined by a wonderful low-level, flowing form. Technically they are linear and quadratic; you’d never guess by looking at them though.

Constructed from plywood and urethane foam with cast aluminium legs and back-supports, the chairs were upholstered in Herman Miller fabrics and available in pretty much any combination of colours and material types.

While not necessarily something we’d particularly want to spend a whole evening sitting watching telly in, for an airport lounge, hotel lobby or other public seating area they look pretty much perfect.

The tables don’t rock our boat quite as much. A little too restrained, don’t really look fully thought through. Look a little too much like a necessary, unloved afterthought.

Although publicly released by Herman Miller in 1967, just two years later the “Girard Group” was discontinued. Simply being too expensive for the market.

Sadly. For they are truly the most delightful objects. 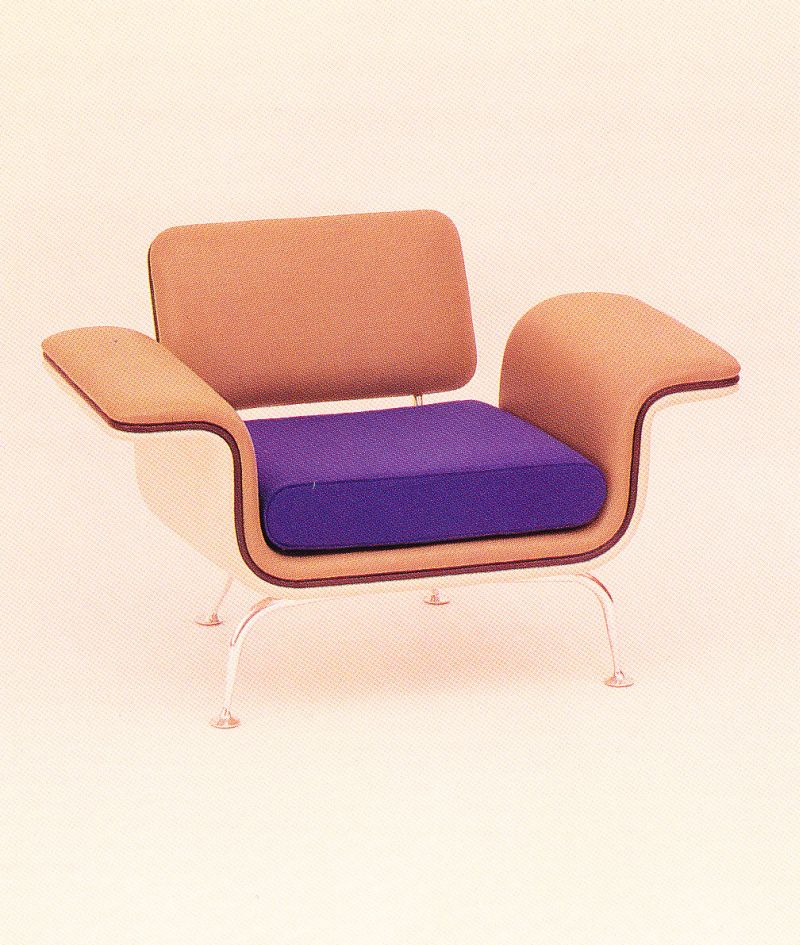 And an armchair from the same collection (Photo © Herman Miller Archive)