Anyone familiar with the roads in Leipzig’s Lower East Plagwitz Village District will be aware that to call them roads is to do a great disservice to the memory of John McAdam and Edgar Purnell Hooley.

Over the years we’ve given up getting annoyed about the state of the roads and… no, we’ve not. That’s a lie. We get cross about it every single day.

Plagwitz based design studio diefabrik made the much more constructive decision to use the potholes to their advantage and have created a series of lampshades based on the shape of potholes.

The results were presented at DMY Berlin 2013. And are just delightful.

To create the series diefabrik initially made a gypsum cast of the potholes which then served as the basis for moulding the lampshades themselves from a biodegradabe bioplastic. Each lamp is named after the address of the respective pothole.

Quite aside from the form and the luminescence we just love the idea of diefabrik wandering through the expansive, endless wastes of Plagwitz looking for potholes with a suitably aesthetic form.

And what we really like about the Pothole Lamp series, and what attracted us to them in Berlin, is the metaphorical way they’re sticking two fingers up to Leipzig City Council: If you can’t be bothered investing money to repair the potholes, we’ll use the potholes to make money.

There’s a certain poetry in the logic that I think we can all relate to.

In the interest of fairness we must point out that from the 6 lampshades in the current Pothole Lamp collection only three are Leipzig based, and from them only two in Plagwitz. The third Leipzig lamp is from Leipzig-Volkmarsdorf and the other three are from Berlin.

But in our modern, digital age who lets facts get in the way of a good story….. 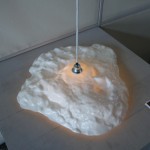 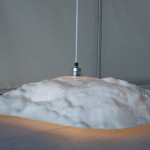 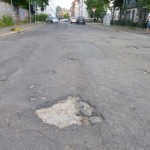 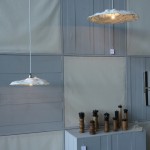 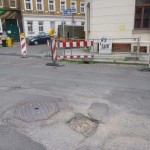 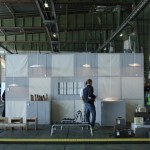