In addition to Charles Eames and Eero Saarinen’s superb modular case furniture system, a further highlight of the MoMa New York’s 1940 “Organic Design in Home Furnishings” competition was Harry Weese and Benjamin Baldwin’s winning collection in the “Furniture for Outdoor Living” category, a collection that included a tea wagon, table, benches, loungers and as a genuine highlight, a barbecue wagon.

Resembling a coal bucket on wheels – and again owing to “issues” with the rights holder we sadly cannot bring you any photos of said object – Weese and Baldwin’s barbecue wagon is a delightful piece of reduced urban design. The interesting aspect however is less the design and more the fact that it was even included.

For whereas in our modern world a barbecue may be the most perfectly logical and normal item to include in an outdoor furniture collection, in 1940 it was anything but. By way of an example, according to George H. Marcus, the famous Chicago department store Sears, Roebuck & Company, didn’t start offering portable barbecues until 1951.1

That they eventually did was of course because there was a demand for such. A demand whose origins go back to the 1930s and 40s when, outdoor living, as the Organic Design exhibition catalogue calls it was a “… characteristic and increasing feature of American life”2

True as that may have been, according to Marcus this characteristic feature was principally a characteristic feature of post-war America’s burgeoning, monied middle class and many of the first barbecues created to accompany this were solid, bricks and mortar, constructions designed by architects of note for private house projects. George H. Marcus’s main focus is the barbecue designs of Louis Kahn – which is just the most delicious thought, the man who created the National Assembly Building in Dhaka working on the details of a barbecue flue – but he also notes that several of the early Arts and Architecture Case Study Houses had barbecues, including objects designed by Richard Neutra, Ralph Soriano and Julius Ralph Davidson.3

And it was from these relatively privileged positions that over time the domestic barbecue became the ubiquitous item we know today; increasing prosperity meant that ever more Americas had some form of backyard to call their own. And so space for a portable barbecue.

Sadly it would appear that the barbecue is now such an obvious and ubiquitous object that since Weese and Baldwin only very few contemporary designers have bothered to work on such.

In 2006 Piet Hein Eek launched a delightful reduced steel barbecue wagon, then we have Finnish design studio Aalto+Aalto’s City Boy Picnic Grill and of course our perennial favourite, and the champion of all extreme grillers, the Cobb Grill.

And that is about your lot.

And that despite the apparent t**** towards nomadicity. What do modern urban nomads eat?

Consequently back in July it was a real joy to see the results of a portable barbecue design class at the Kunsthochschule Weißensee Berlin Rundgang.

Sadly we didn’t note who organised the class; however, the stand out projects were without question the backpack-esque “Feuer+Flame” by Kimm Silvia, Jillian Kishy, Christiana Zink and Michael Hechavarria and the bike trailer based “Go Grill” by Amaly Miranda, Zachary Jackson, Kevin Gill, Stephanie Nannariello, Ying Li, Hsien Chum Wu.

Both were only presented as posters, but both were projects that renewed our hope in the future of barbecue design.

And so while we know summer is bidding its final farewells, and we accept that most minds aren’t turning to barbecues: wouldn’t it be delightful if one or the other contemporary designer did turn their mind to the subject.

Spring is just around the corner! 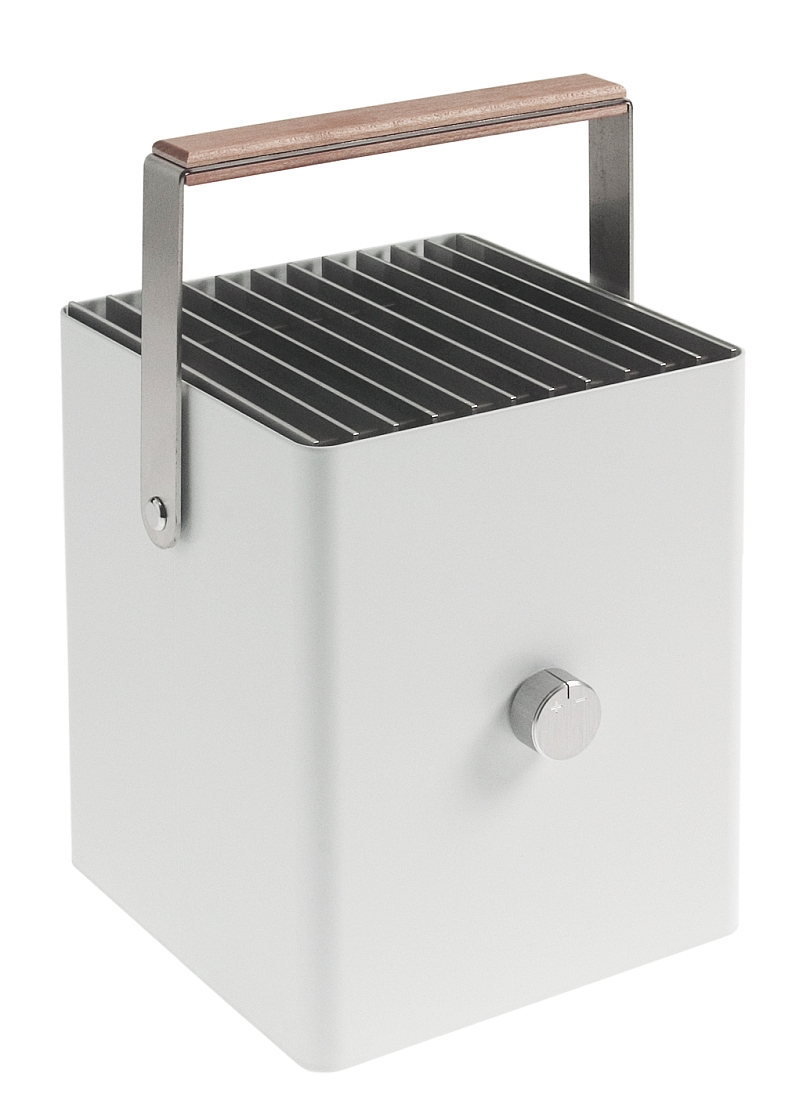 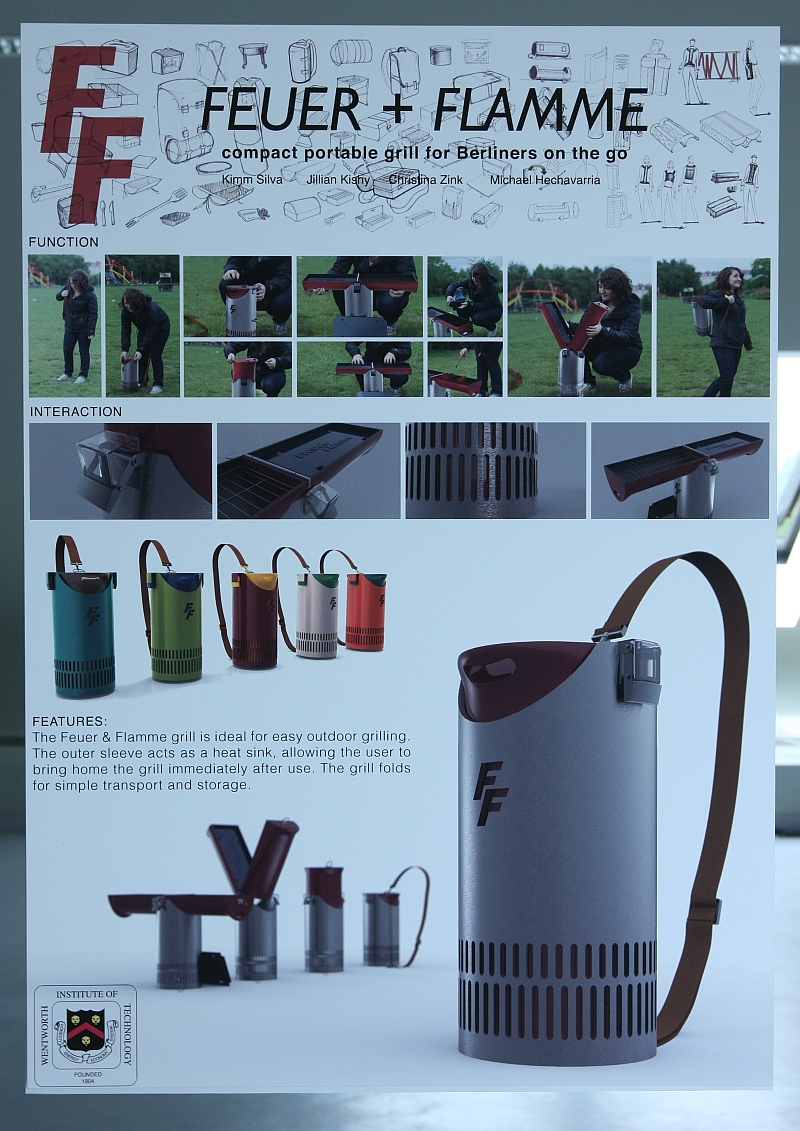 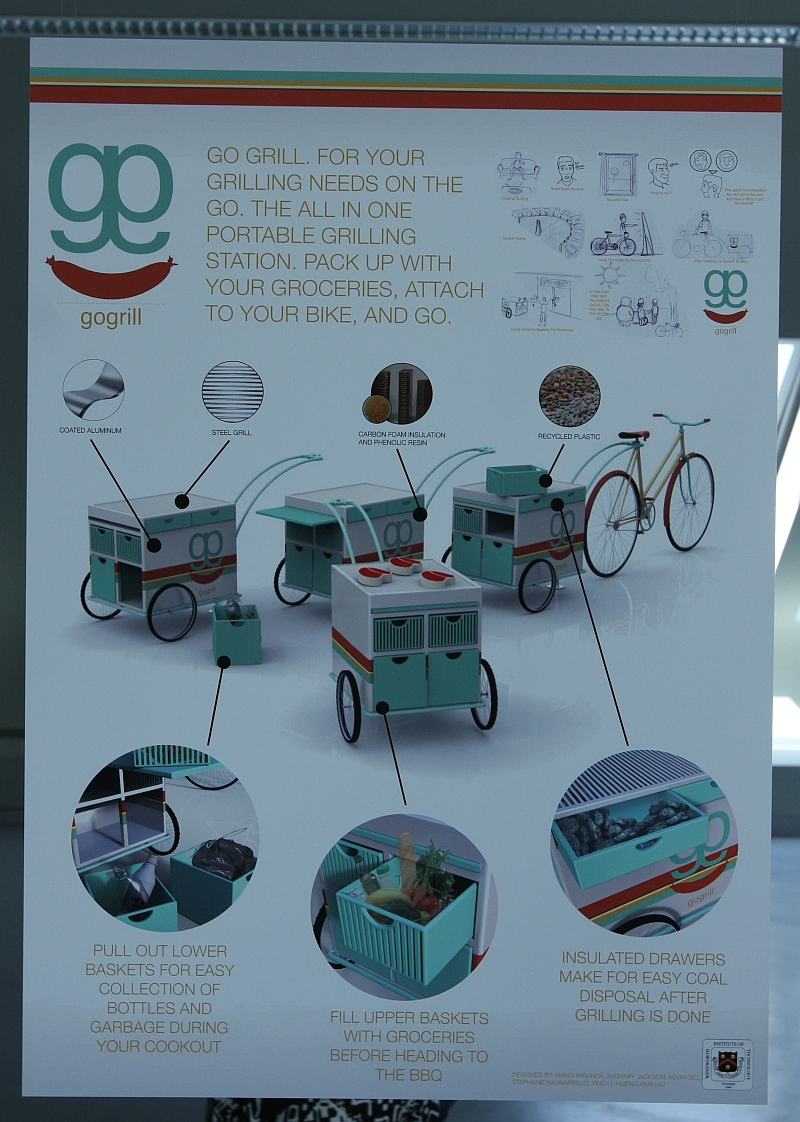 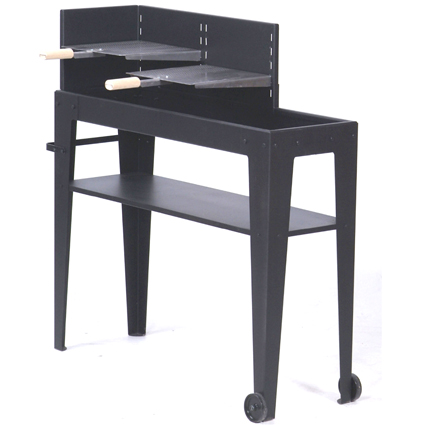