One doesn’t have to understand why designers or design institutions do the things they do.

You don’t always have to be able to follow the logic.

Sometimes all you need to do is sit back and enjoy the ride.

Such an occasion, at least for us, is the project Lost & Found by Vitra from the Bratislava based design platform Flowers for Slovakia.

The result is the most wonderfully confusing, irritating, amusing and inspiring cacophony that opens up new perspectives on form-giving, composition and the importance of details in the design process.

We suspect the project works so well because the Vitra elements, removed as they are from the context of the objects they normally contribute to, appear at first even more lost and forlorn than the folk furniture. Backrests from office chairs, table frames, chair legs et al, are not on their own perceived as the most attractive, far less interesting, of objects. Yet viewed in context of the new products they make perfect sense, have a new purpose. A new function which although far removed from the intended, they appear perfectly suited for.

And that when both are realised competently they can be effortlessly combined.

For ultimately what is important in product design is the care and attention to the detail with which the individual components of an object are formed. Get that right and your product will be right.

The final visual form being only one element of what makes an object valuable and useful.

And delightfully underscores the difference between lifestyle objects marketed by charlatans as design and genuine design products. 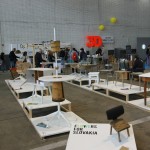 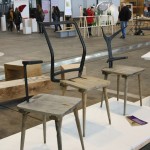 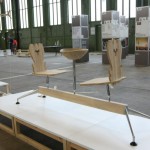 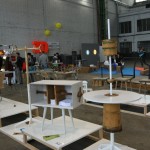 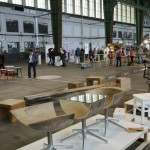 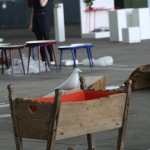