Over the years we have regularly highlighted the fact that buying cheap copies of established furniture design classics is not only an economically and socially questionable strategy, but is also potentially dangerous.

Just how potentially dangerous being very neatly illustrated in a recent test undertaken by our colleagues at (smow) Australia.

As noted previously, (smow) Australia are not direct, blood, relatives but more second cousins through marriage; we are however bound by a shared passion for and commitment to quality in design and craftsmanship.

A passion and commitment that recently lead the colleagues in Sydney to investigate the differences between an original Tolix stool and two cheaper replicas.

Developed in the 1920s and 1930s by the French metalworker Xavier Pauchard the Tolix chair family have of late become de rigueur for any shop, cafe, bar, hairdresser or home looking for a faux industrial feel.

As such they have become popular objects for forgers. For as we noted in our post from the 2014 Burg Giebichenstein Halle summer exhibition, plagiarists are only interested in objects for which there is a market. 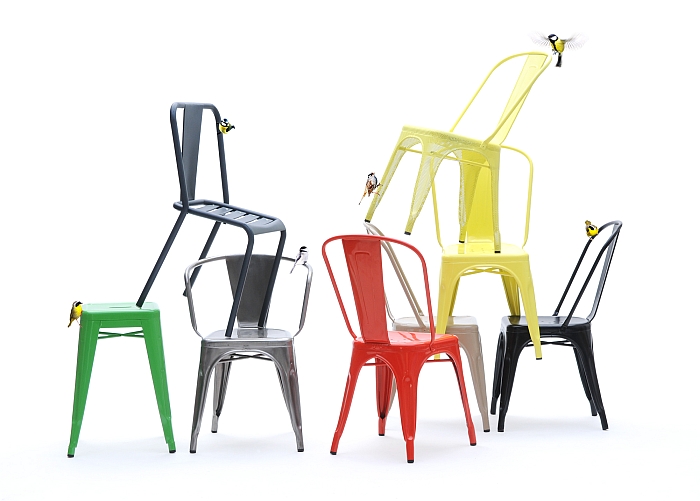 (smow) Sydney made use of an Olympus Delta Portable XRF metal composite analyser to investigate the composition of the original and the copies.

For us the most alarming result is the level of lead discovered in the paint on one of the replicas: some 300 parts per million (ppm). The safe level for lead, for example, for children’s toys in America is 100ppm, for domestic paint it is 90ppm. The limits for the EU and Australia are comparable, if more diffusely defined.

As a toxin lead interferes with and damages most bodily systems and functions. Which is why globally its use is being systematically restricted by law.

And while you may not personally lick your chairs or otherwise consume the paint on them. Babies and toddlers may. Invariably will.

In addition to the lead in the paint the tests also indicated the presence of lead in the solder used to weld the copies – the original used a much higher quality, and safer, copper solder. Lead solder being, effectively, banned in most developed countries on account of the health risks associated. Including of course the health risks for the workers using the lead based solder. And for that matter lead based paints.

Beyond the direct health risks for worker and consumer from lead come the longer term environmental issues: should broken Tolix copies end up in a landfill site the lead will, eventually, seep back into the environment.

You may banish the risk from your home. But it could still come back to haunt future generations.

As the colleagues in Sydney point out, they tested just two Tolix copies, and thus by no stretch of the imagination have they produced any sort of scientifically viable or relevant results. Have however produced results which, for us, are enough to suggest that a lot more testing and research needs to be done. On a much wider range of products.

For ultimately while copyright and intellectual property protection laws might not be enough to stop the plagiarists, health and safety regulations might. Just like the US authorities got Al Capone of tax evasion rather than extortion, murder and racketeering.

We do appreciate that often designer furniture classics are sold at prices that many find unreachable. If not impertinent. And as such are tempted to buy the cheaper copies.

The price of the originals is however a reflection of the better quality materials and craftsmanship that goes into their creation.

Consequently, and at the risk of repeating ourselves, we’d find it very positive if the manufacturers of the originals explained why their products cost what they do – what your getting for your money – rather than focussing on building a complicated visual imagery around their products, a myth if you will that simply attracts the plagiarists and their questionable practices. 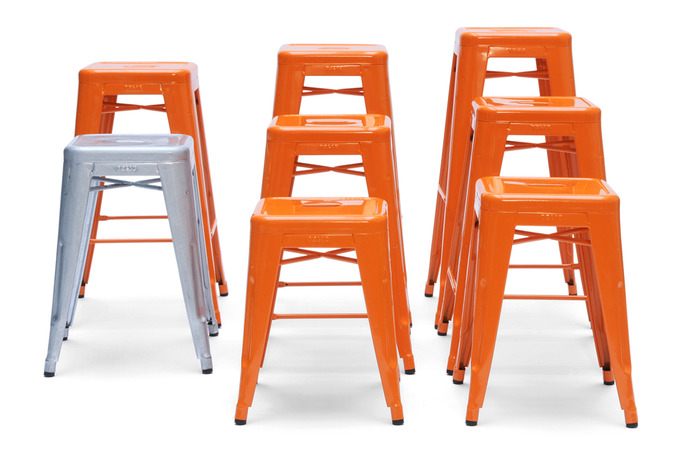