It is very rare that one comes across an object where a manufacturer has combined two independently developed products into one.

And even rarer that we like such an object.

Our natural resistance reaction is to say, No. No. Not on our watch. Begone.

We were however instantly taken with the so-called Blumenampel Edition by Zascho Petkow and Birgit Severin for Berlin based Atelier Haussmann.

Possibly because initially we didn’t know its provenance. That only became clear in conversation with Birgit Severin.

In the “Edition” Blumenampel is paired with an Ashes II vase by Birgit Severin, in effect a special edition of the Ashes project which featured in Birgit Severin’s solo exhibition Lifetimes at the DMY Design Gallery Berlin.

To be honest we spent quite along time considering if the use of Ashes II in the composition was sensible. If it was, perhaps, a waste of an object that is more than capable of existing in its own right.

Before deciding the two pieces work together perfectly. Which is of course why we didn’t realise it was two projects in one.

Blumenampel exudes a certain Victorian, pre-industrial romantic that is typical of much of Atelier Haussmann’s portfolio.

The Ashes II vase adds a certain gravitas, a character, that makes the composition grave enough to be endearing.

Its not a happy object. But is a friendly, honest and for all welcoming work. Like a dour Victorian vicar.

This dark character then serving to perfectly highlight the colour, beauty and individual form of whatever vegetation one chooses to place in the vase. Industrial juxtapositioned with natural in an easy, unforced manner.

We’ve never seen the standard Blumenampel and so cannot comment on the comparison, but we are certainly very taken with the “Edition.”

In addition to the Blumenampel Edition Birgit Severin is also showing vases from the original Ashes series, a new jewellery collection created via the same process, objects from the series of rubber coated porcelain as presented at Unter Zwischen im Ampelhaus, Oranienbaum this summer past and a very poetic candle snuffer whose name we sadly/stupidly forgot to note. But will chase up.

Should you be in Eindhoven Birgit Severin can be found in Schellensfabriek, Vestdijk 280, a.k.a. Venue 63. 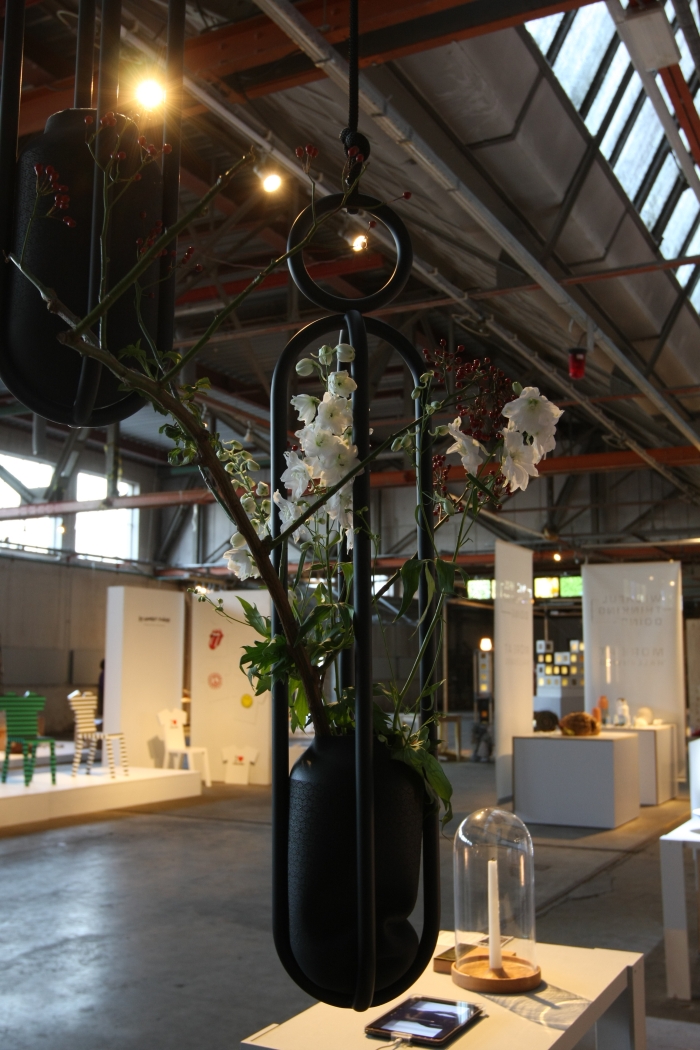 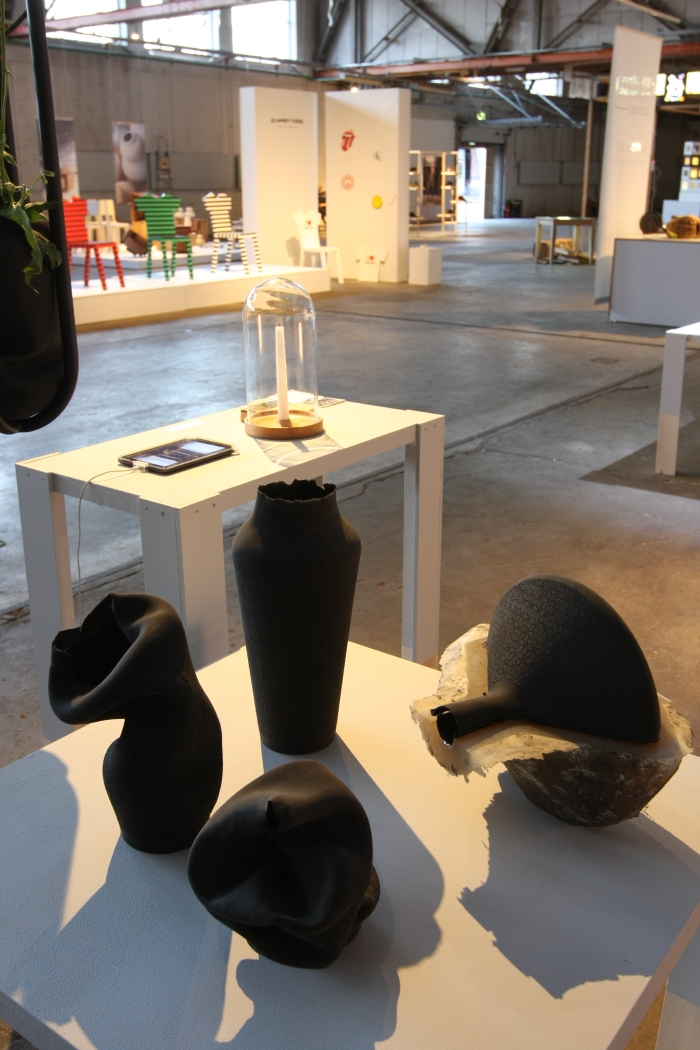 Ashes by Birgit Severin, as seen at Dutch Design Week 2014 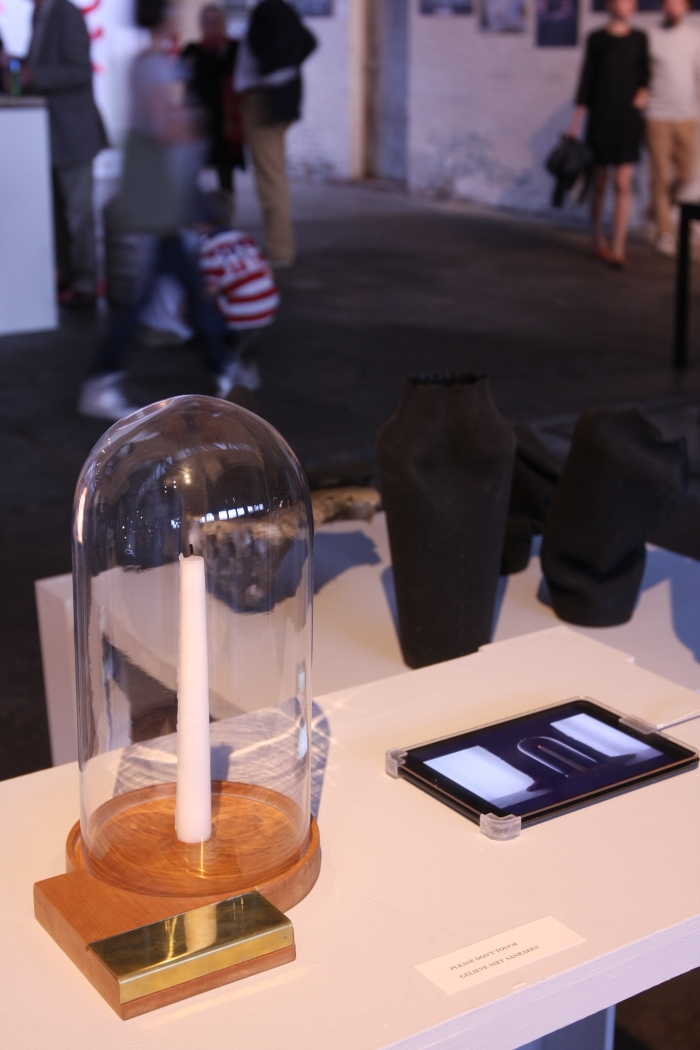 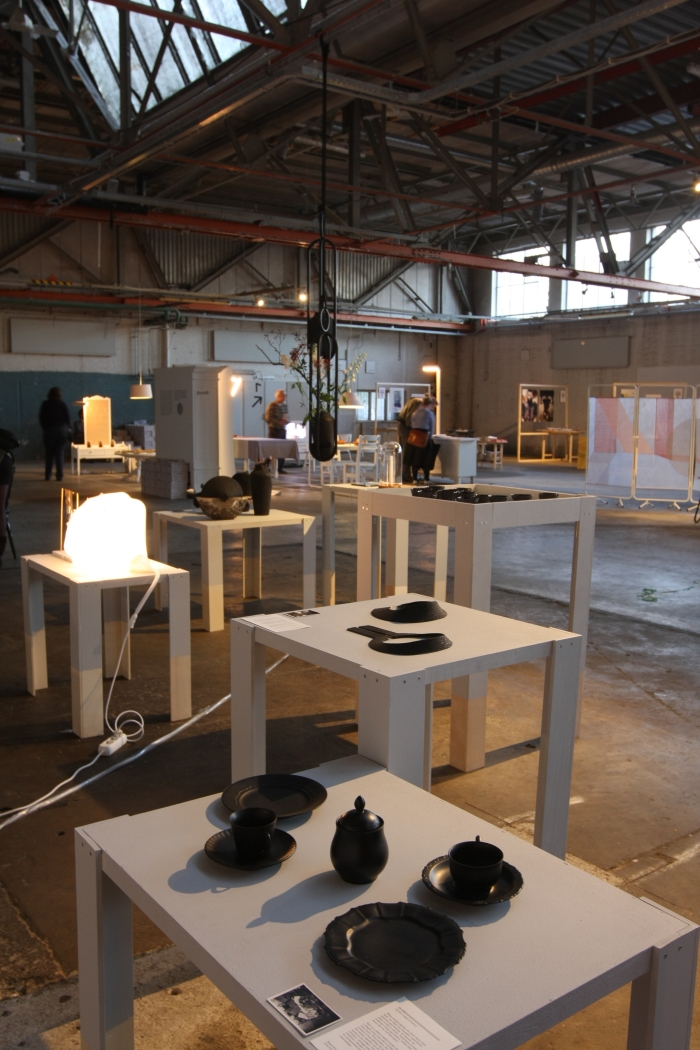