As we’ve often noted/complained/mocked in these pages, for a town widely lauded as being the most creative in the universe, there isn’t that much evidence of design, creativity or innovation to be found in Eindhoven.

Or at least not in downtown Eindhoven.

Go a little bit outside to the former Philips industrial estate at Strijp on the western edge of the city or the Sectie C complex to the east, and you’ll find seemingly inexhaustible communities of creatives holed up like rabbits in warrens, working away with various degrees of diligence and success.

But the city centre?

Kazerne Eindhoven is an attempt to change that.

Formally opened during Dutch Design Week 2014 Kazerne is a combination of restaurant, bar, function suite and design gallery and aims to bring design and contemporary creativity to the centre of Eindhoven, and so to a wider, and for all lay, audience.

Following on from their inaugural exhibition, Open Mind, which sought to explore how designers think, or at least how Design Academy Eindhoven designers think, Kazerne are now presenting Open World, an exhibition which aims to explain the rudimentary nature of design research, how design research can help us understand our world and so help us better shape and form our future society, and so in many respects is an exhibition which also helps move towards answering the question we posed in our review of the Stedelijk Museum ‘s-Hertogenbosch’s exhibition How we Work, namely “if the sort of thing contemporary Dutch designers do is sensible and meaningful”? 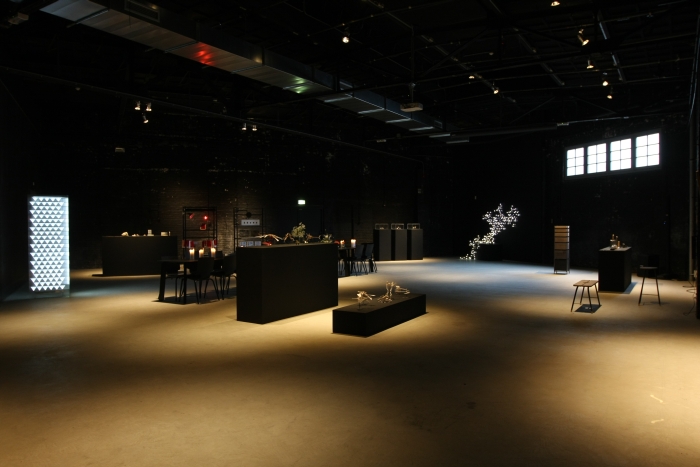 Featuring contributions from over 20 contemporary Dutch design studios including the likes of Raw Color, Steven Banken, Nacho Carbonell or Jeroen Wand, Open World at times achieves its aims in the most delicious fashion; but not always, sometimes it simply presents interesting, thought provoking, projects.

Whereas works such as, for example, Momentum by Jeffrey Heiligers with its neat visualisation of potential energy and the relative ease with which small amounts of electricity can be generated; the sculpture “Light is a vector projecting a line” by Arnout Meijer as a nice piece of research on how we perceive light; or CaCO3 – Stoneware by Laura Lynn Jansen & Thomas Vailly which attempts to harness the power of fossilisation and petrification for production processes, do provide nice visions of a possible future reality: projects such as, for example, Unfixed by New Window x Ola Lanko, Studio Drift’s ever genial Fragile Future III or the Collage 2.0 collection by Joost van Bleiswijk in which remnants of industrial production are fused together to create new objects with their own individual form language and character, are for us more about research for the sake of research, are in that sense more art than design, and so, at least for us, not primarily about increasing our understanding or helping society move forward. Which doesn’t make then any less valid, interesting, or worthy of viewing, just a little too far removed from the exhibition’s intended focus.

Very much in the exhibition’s focus is Mine Kafon by Massoud Hassani, a project to which the largest part of Open World has been given over. Developed as Massoud’s Design Academy Eindhoven Diploma project, Mine Kafon seeks to develop a simple, universal, and for all safe, method for landmine clearance, and is a project which of late has been subject to some controversial discussion – in short, some have questioned the sense of the project, and by extrapolation the sense of the academic approach championed by Design Academy Eindhoven, largely based around the question, “Mine Kafon. Would you trust it?”
Presenting prototypes, documentation and models of past, present and future Mine Kafons Open World not only provides an excellent opportunity for all to form their own opinion on the project but also offers Massoud a platform with which to not only respond to the current criticism but also explain that the central criticisms of the project are likely to become redundant in coming months, assuming that is Massoud’s forthcoming “new” Mine Kafon meets the bold claims he makes for it.

Time will, as always, tell.

We’ll have a bit more on Mine Kafon, Design Academy Eindhoven and the Kazerne project in general real soon, but for now a few impressions from Open World.

And should you be in or near Eindhoven, Open World can be viewed, and an espresso enjoyed, at Kazerne, Paradijslaan 2-8, 5611 KN Eindhoven until Monday June 8th

Full details can be found at www.kazerne.com 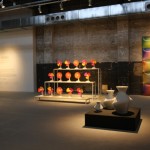 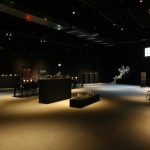 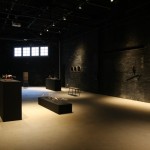 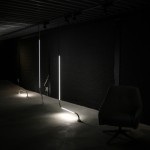 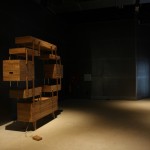 Sewing Box Cabinet by Kiki van Eijk and Light is a vector projecting a line by Arnout Meijer, as seen at Open World, Kazerne Eindhoven 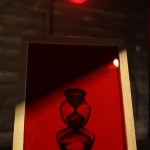 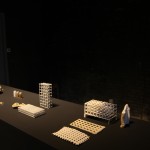 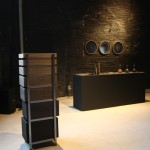 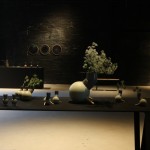 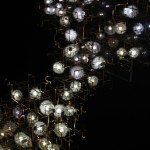 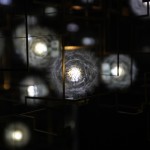 ....yes it is dandelions attached to LEDs 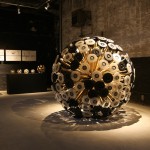 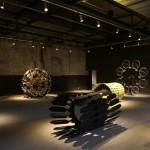 Mine Kafon by Massoud Hassani - In the foreground one of the new versions...... 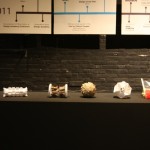 Mine Kafon Prototypes by Massoud Hassani, as seen at Open World, Kazerne Eindhoven 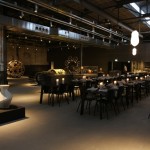