smow blog: To begin, our standard opening question, why the decision to study design?

Izabela Bołoz: Initially I studied social sciences with the intention of following a “classic” career path in, for example, economics or the diplomatic corps, but then in the second year it became very clear to me that I actually wanted to do something completely different, and for all something creative. And so after graduating from the University of Zurich I moved to London to study interior design at Kingston University, which I then quickly realised didn’t suit me that well, because it was mostly about arranging and rearranging objects, and the creative process itself wasn’t that involved.

And then I visited the Design Academy Eindhoven open day and the atmosphere in the school was very stimulating and motivating and I was very impressed by the general mood in the school and so applied on the basis that it is better to be in a good school and then let the direction come naturally. And so, although what I am doing now is all a bit unplanned, it is also the result of a natural, logical, development and progression.

smow blog: We’ll talk briefly about where you are currently professionally in a minute, but where you are physically is still Eindhoven, does that mean for you Eindhoven is a good location to be based……?

Izabela Bołoz:  Yes, in Eindhoven I have everything I need, my studio, my network, my friends and a well-connected airport which is important because as general rule my work occurs elsewhere and so it is important that I can travel quickly and easily. Also within the city, and in Eindhoven you can be everywhere in 15 minutes by bike, which all in all makes life very easy.

smow blog: There are famously a lot of designers in Eindhoven, but is it a creative city, does one feel the creativity?

Izabela Bołoz:  Yes, and one shouldn’t forget that in addition to the Design Academy there is also the Technical University and a lot of technical companies and so yes one does feel a lot of innovation in the city.

smow blog: You also teach in the Industrial Design department at the Technical University, what do you as a designer get from that work?

Izabela Bołoz:  What I like about design education is that it is very creative but this creativity can be translated to other fields and life in general; if you can manage a creative process where you regularly have to make decisions relatively blindly and often based on only the vaguest of information, then you can also do this in everyday situations and so perhaps see alternative possibilities and utilise them, and it is very empowering to be able to transmit that to the students. Then there is the personal dimension and the potential each student has and trying to develop and strengthen that.

smow blog: In your own design work your primary focus is installations, what for you as a designer is the attraction of installations?

Izabela Bołoz: With my installations I am fascinated by the idea that they can have an effect on the city, in terms of bringing a new element into the city, something larger than a bench but smaller than a building, and in addition the possibility that an intervention can positively influence a city in terms of interactions between people and also bring a new aesthetic and a new visual interest.

smow blog: And with the development of such installations and larger works, how is the creative process, do work principally on a computer or with paper and pencil?

Izabela Bołoz:  I generally start with a concept, most of my work is inspired by either things I find interesting or important or by the way I look at things, and that can be quite simple, abstract things like the weather. In terms of executing projects, that is largely done on the computer although sometimes I find it helpful to make models towards the later stages of a project development, because when you have something tangible you are somehow more critical and tend to make better decisions. With a computer it is easy to get stuck in a rut and repeat things over and over again.

Izabela Bołoz:  On the one hand I think the fact that I did something else first has given me a wider perspective and that has been very helpful in establishing my studio. I think that if you just studied design in Eindhoven then it is perhaps harder to start on your own because the school is very conceptual and one learns very little about the practical side of making a living as a designer.

And on the other hand I think I use this element of observing and analysing a lot. If you want to understand a social phenomena or historical changes then you observe and try to draw a conclusion, and this mechanism of observing and analysing is an important element of the origins of my projects. That may also be part of my personality but I think it largely comes from my previous training.

smow blog: And for the future do you plan sticking with the installations and interventions or can we expect, for example, more product design work?

Izabela Bołoz:  I think I would definitely like to do more in terms of products because some of the work I have recently done, for example, Intersections, an installation with a series of interlinking geometric shapes is something that I think could be relatively easily developed into something interesting for interiors; and in a way I think that is also a logical step, not least because a lot of people seem to like the objects and I get very positive feedback.

However the installations will remain my principle focus. I would really like to see how my work functions in an architectural environment and also explore a little bit more artistic themes, so a mix of art, architecture and design would be the goal because in many ways that is where I think my work meets and so it would be good to explore the borders a little more.

More information on Izabela Bołoz and her work can be found at www.izabelaboloz.com 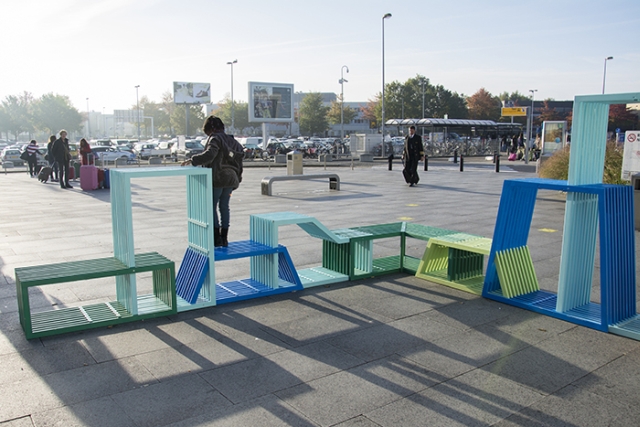 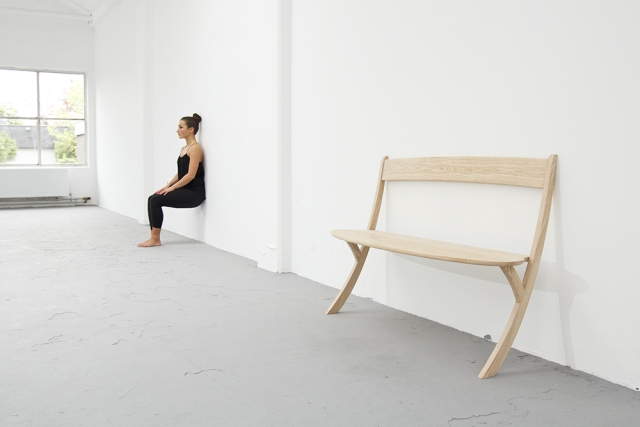 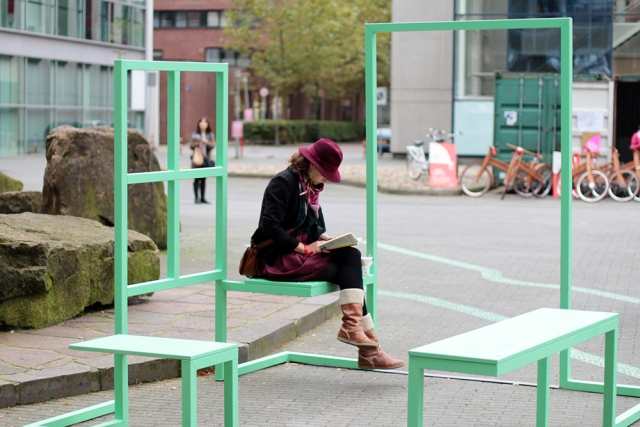 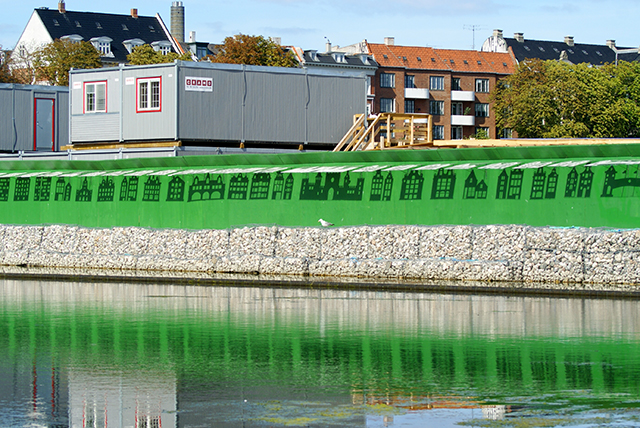 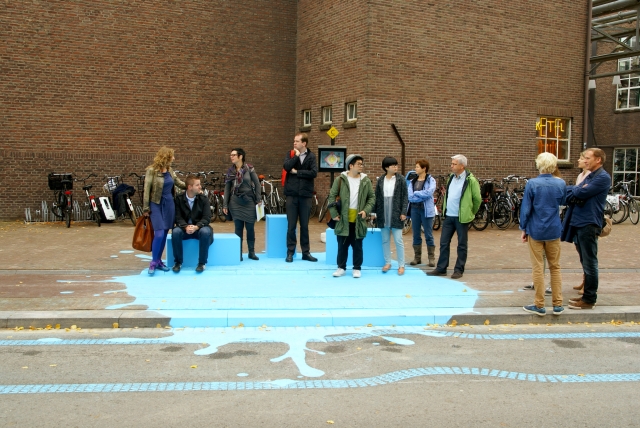