smow blog Interview: Fabian Burns, DMY Design Festival Berlin – We believe it is a festival format for which there is a continuing demand and interest.

As previously reported, the company DMY Berlin GmbH & Co. KG, who for the past decade or so has run the annual DMY Berlin design festival, filed for insolvency in October 2014: the festival itself however continues under the auspices of a new organiser, about:design.

The 2015 edition of DMY opens for professional, specialist, visitors at 10am on Thursday June 11th, at 6pm that evening to the general public, and runs until Sunday June 14th. Ahead of the opening we spoke with Fabian Burns Creative Director of DMY 2015, and formerly Creative Producer of DMY Berlin, to find out more about the 2015 festival, the background to the new start and the plans for the future, but began by asking why the decision to continue with the festival despite the insolvency……

smow blog: And was the decision to keep the name equally logical?

Fabian Burns: The decision to continue under the name DMY is largely to do with the situation of the partners in about design. They are amongst the creditors of DMY Berlin GmbH & Co. KG and they have, in effect, secured the rights to the festival name, logos etc against their outstanding invoices. Which isn’t to say that in the future the festival will necessarily be known as DMY, but for 2015 it was a sensible decision and I believe the correct one.

smow blog: When one speaks to designers in Berlin about the festival one often hears the view that the format is no longer so appropriate for Berlin, maybe not so contemporary, not so zeitgemäß, was the bankruptcy of DMY GmbH not an opportunity to reflect on the format and make changes?

Fabian Burns: I have also often heard similar positions, yet over the past few years the festival has enjoyed very healthy visitor numbers, and so in that respect I think it’s largely an academic discussion: at the end of the day DMY is a festival and festivals only exist as long as people pay to visit them and thus make them economically viable. When that ceases to be the case then one must naturally consider if changes are necessary or if the whole concept is simply no longer required. However when one looks at the past few festivals they were from an financial perspective viable, and that is, as I say, why we’re continuing. Nobody gets rich from a festival such as DMY Berlin, but we believe it is a festival format for which there is a continuing demand and interest.

smow blog: “Getting rich” is a nice keyword, in the past one of the, lets say, major “headaches” for the DMY festival was that it didn’t receive any public funding, has that changed, is there any official funding?

Fabian Burns: No, the festival is unfunded, which is a situation I find deeply regrettable because for me if an event like DMY wants to develop an interesting, in-depth, independent, programme of talks, discussions and similar events then that is something that in the long term can only survive with public financing; such a fringe, supporting programme is in essence uneconomic as it doesn’t necessarily generate an income which covers the associated costs. However on the other hand one shouldn’t become too dependent on central funding because then you are at the mercy of political decisions, and so one should always try to stand on your own economic legs, and then if funding comes, that is fantastic and you can then use that money to improve the depth and range of the festival.

smow blog: Even with the new culture secretary in Berlin, we thought that might have moved things along…….?

Fabian Burns: In the Berlin regional government design regrettably isn’t the responsibility of the culture department but the industry/economic department, and at the moment their focus seems to be on other areas, and so there is relatively little resources available for design. But I believe that it is also a reflection of how the Berlin design scene presents itself and at the moment there isn’t really a unified voice representing the interests of design and designers, and that is something that is necessary when dealing with the authorities.

smow blog: If the state won’t support the festival is there not an argument for involving more manufacturers in DMY and organising a professional platform next to the, lets say, “regular” festival, and thus on the one hand generating a little more financial stability while also providing a platform for the many professional designers in Berlin, many of whom work with major producers?

Fabian Burns: Its a good idea, and one which over the years we’ve worked hard to realise, but the manufacturers aren’t interested. The majority have in effect two major events per year, in Milan and Cologne, events where they invest large sums because they expect good returns. A furniture “image event” in contrast brings the manufacturers very little, and while the furniture industry presents itself with lot of glamour, behind the scenes there is often a lot of financial pressure and so they have to consider carefully where and what they do. Ultimately the decision is do I invest X thousand Euros in an event in Berlin where maybe 20,000 visitors will come, the majority of whom are potentially uninteresting in terms of direct sales and revenue, or do I take out a newspaper or magazine advert and thereby reach more of the people I need to reach?

smow blog: Aside from the new organiser the biggest change for 2015 is the new location, why the move from Tempelhof Airport to Kraftwerk?

Fabian Burns: The decision for Kraftwerk was partly made against the background of the new conditions. On the one hand with the changes that have occurred it makes sense to start at a new location, to underscore this sense of “new beginnings”. Secondly Tempelhof airport charges rents which we as a small festival simply can’t afford, and we’re not the first event to have left Tempelhof. And then finally, and the main reason, the nature of DMY is that we have many exhibitors who only have very small, reduced stands with maybe one or two products, and all too often they get lost in the vast space of Tempelhof. In Kraftwerk we have 8000 sqm which is more or less equivalent to two hangers at Tempelhof, and so the same floorspace as we had at Tempelhof, however we have more opportunities to create intimate spaces with more manageable dimensions which thus allow the exhibitors to better present themselves and their work.

smow blog: This year the first day is a business, industry preview day, what is thinking behind that decision?

Fabian Burns: In the past couple of years we have undertaken visitor surveys and realised that we had a surprisingly high number of industry professionals, be that architects, design managers, furniture producers, but the information we had was always a bit vague and in addition many of the exhibitors were unclear that industry professionals were visiting and thus that DMY was a platform where one could make useful contacts. This year we can quantify who is coming and so construct a more precise image as to who visits DMY, if they are in management positions and across which industries and professions. In addition to giving trade visitors the opportunity to view the stands ahead of the formal opening we are also organising a programme of keynote industry talks on the Thursday which we hope will motivate discussion and interest.

smow blog: And in terms of the festival itself, is that “as you were”, or can we expect new innovation?

Fabian Burns: Given all that has happened we want to go a little bit back to the roots this year, Back to the Future as the festival motto says, and focus more on young designers. DMY started out as Deign Mai Youngsters and we want to reactivate that feeling, in which context together with the IKEA Foundation we recently organised the New Talent Competition and will be presenting the 25 selected designers at the festival. In addition, and because it makes sense to have have a design festival in Berlin with a focus on Berlin Design, we will be introducing the “Berliner Zimmer” a themed room where Berlin designers can present themselves and their work. I must however add that the response from the Berlin design community has been very reserved. Which I can’t really understand. One often hears from Berlin designers that DMY doesn’t bring any real benefit for local designers, but when they are offered a platform within the festival then the response is more lukewarm than encouraging.

smow blog: A couple of years ago DMY introduced Berlin Design Week as a decentralised fringe programme, is that being continued in 2015?

Fabian Burns: No, there is no Berlin Design Week this year principally because the rights got sucked up and lost in the insolvency process, in particular the domain. But we also have enough to do to get the festival up and running this year, and so even if we had the rights we may not have organised the event. We are a very small team and there is little point in spreading the few resources we have even thinner. That said several individuals who took part in previous Berlin Design Weeks have decided themselves to organise events which we have grouped together under the title DMY Spots. So its not just the central exhibition there are interesting events happening throughout the city.

smow blog: Although we know its polite to wait until the 2015 festival is finished, are their plans for the coming years, how do you envisage the future of DMY?

Fabian Burns: I think consolidation will be the guiding principle. We have plans and ideas as to how we could, possibly, eventually proceed, but at this moment nothing has been decided, I hope we can make a few more concrete announcements during this years festival, but the plan is definitely to continue. However as recent experiences have proved the festival can’t support a company and so I assume it will be the case that the festival will employ one person all year but the rest of us will have to work to support ourselves and then develop the festival parallel. Which is a more than uncomfortable thought, and in an international context a very sad state of affairs, but that’s the reality here in Berlin.

Full details on DMY 2015 including opening times and ticket prices can be found at http://dmy2015.com/ 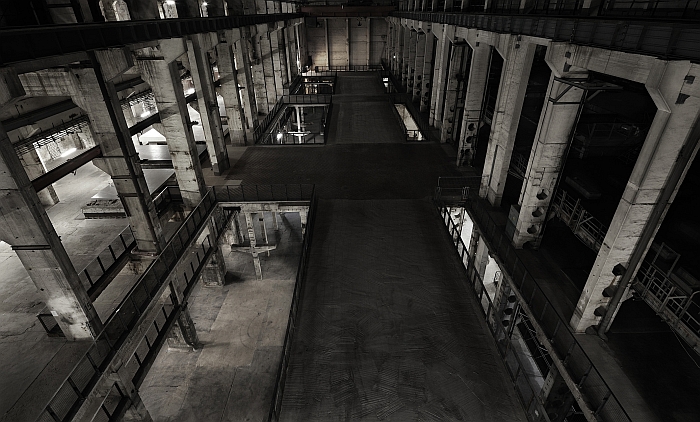 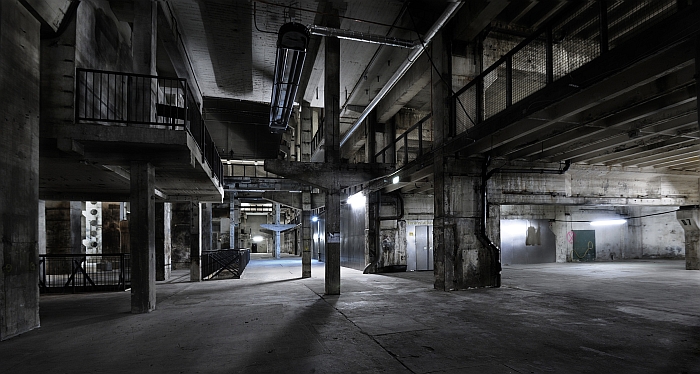