We were first introduced to the work of Berlin based designer Uli Budde when we saw his “Reading Table” project at Designers Fair 2010 in Cologne. A delightfully simple object Reading Table combines table top and magazine/newspaper storage space in a manner that is as painfully obvious as it genial. An easily accessible, contemporary object the fact that no producer has seen fit to take it into production is one of those design mysteries which often keep us awake at night.

Having begun his design studies at the FH Potsdam Uli Budde moved to Eindhoven in 2003 to undertake an exchange semester at the Design Academy, a semester that extended into a six year stay in Holland, including two years in Rotterdam with Hella Jongerius, initially as an intern and later as a full staff member. While in Holland Uli Budde also established the studio Officeoriginair with Dutch designer Ivan Kasner, a vehicle through which the pair have realised numerous product design projects, mainly, though not exclusively, small household accessories.

In 2009 Uli Budde returned to Germany and established his own studio in Berlin from where he has realised lighting design projects for, amongst others, Vertigo Bird, Marset and most recently the lamp KUULA created in cooperation Thonet & the German lighting manufacturer Oligo. A particular highlight for us from Uli Budde’s portfolio is and was the necklace Unfold which he created for A.E. Köchert in context of the 2011 Passionswege programme at Vienna Design Week. Seeking a new representation of the classic jeweller’s diamond, Uli Budde created a moulded 18 carat gold impression of an unfolded out diamond; and thus transformed that most permanent and mystic of luxury objects into something transient, fragile and denuded.

We met up with Uli Budde to discuss Eindhoven, the current design market and Berlin as a creative city, began however, as always, by asking what led him to design….

Uli Budde: I think it was the desire to work creatively, to produce things and for all to translate something from an idea into something solid. From a relatively early age I was interested in product design and architecture, applied to study both, was accepted for both, but ultimately decided for product design because I considered the proportions, the dimensions, more pleasant, practical and interesting.

smow blog: You initially studied at Potsdam, however spent your final semester at, and ultimately graduated from, Design Academy Eindhoven, can we deduce that Potsdam was not to your liking, or…..?

Uli Budde: No, Potsdam was very good, however I was keen to spend a semester overseas. I investigated which schools were attracting positive attention, and the concept at Eindhoven interested me, largely because it was so different to the approach on Potsdam. And then once I got to Eindhoven it became clear to me that there was more than one way to study design, more than one perspective on the subject and that was a very positive experience for me. And in retrospect I’m glad I had both experiences and think I have assimilated and combined aspects from both.

smow blog: And did you experience Eindhoven as a creative city or…..

Uli Budde: Yes, I found it a very creative city and believe it is now more so than it was then because the city has successfully managed to retain the students once they graduate. That process began round about the time I was there, when the city began to actively question why they were letting all this creative potential leave, asking how can we keep them here, stop them moving to Rotterdam or Amsterdam, and subsequently decided to make ateliers and flats available at affordable, realistic, prices and that had the effect that many more graduates remained in the city and I believe that the city has profited from that fact.

smow blog: You are of course one of those Eindhoven graduates who moved to Rotterdam. Was that decision principally linked with the internship with Hella Jongerius Lab, or what convinced you to stay in Holland after your graduation…..

Uli Budde: The principle reason was that in Eindhoven I found in Ivan Kasner a colleague with whom the cooperation functioned excellently, on both a personal and professional level we understood one another very well, and so we decided to open a joint studio, Officeoriginair. In addition I found it a very interesting challenge to remain longer in Holland, not simply to return to Germany as soon as I had finished, and then there was of course the Jongerius Lab, and so because everything fitted it was a fairly easy decision to remain.

smow blog: You returned to Germany in 2009, Officeoriginair is still based in Holland, are you still involved, or is that something you have moved on from?

smow blog: In that context, you’ve been active as a professional designer for, more or less, ten years, in your opinion have things got easier or harder over that decade?

Uli Budde: In my view it has become more difficult largely because today many companies are simply not prepared to invest in projects and co-operations, are not prepared to pay for the work of a product designer. In addition there are currently too many designers for too little work which all leads to a situation of undercutting: there is always someone who will do it for less, or nothing. And as a consequence the development process of designers slows because rather than concentrating on developing their own projects, and developing as designers, ever more designers have to look elsewhere for a source of income.

smow blog: And is that do you think a market problem, and industry problem or……?

Uli Budde: In my opinion the problems experienced by many firms became more serious after 2008, 2009, where everything was falling apart. It was very apparent that many companies became insecure, were unsure how best to proceed and consequently it not only became much harder for designers in terms of securing sensible licensing fees, but many producers decided to save completely on new developments and thus the associated risks.

Uli Budde: Not necessarily. A lot of the new manufacturers were founded after 2008 and my impression is that in many cases designers have established their own labels as a response to the general market situation, and for all the lower fees, and decided that rather than rely on the couple of percent the existing manufacturers were offering is it not more sensible to establish your own label and so retain a larger proportion of the pie.

smow blog: In your case with Officeoriginair you only cooperated with partners, also as “Uli Budde” all your works are released in cooperation with manufacturers, were there ever considerations on your part to go into self-production? Are there still?

Uli Budde: There were considerations in context of Officeoriginair, and also with with my own work there were recurring phases when I considered if it might not be a sensible route, but ultimately I have decided to concentrate on co-operations with producers because my strength is in creative processes and not marketing, distribution, purchasing etc

smow blog: And returning briefly to the current market, how do you see the future development?

Uli Budde: I think that, and as always with such situations, there will inevitably be changes in the market, some producers will survive and others will either vanish or will be taken over. In addition one must add that the willingness to take risks is slowly increasing, I think many firms have realised that stagnation brings nothing and that they need to find new approaches and develop new ideas in order to set themselves apart and so survive. I don’t think the situation is a positive as before the crisis, but there are I believe positive signs.

smow blog: And so does that mean that it is perhaps more important as a designer to have fewer products with one producer who you know sells, sells consistently, and thus pays, rather than have numerous products with a large number of partners?

Uli Budde: I think so, but is was potentially always the case that working with only one or two manufacturers over a long period was the more secure option, but that is clearly a luxury situation and in the reality one is sometimes forced to take on something with a smaller, newer producer and risk that something comes of it and that the product actually stays in production for a prolonged period and isn’t discontinued after a couple of years. But I would definitely say it is better to work with only a few, good, producers where there is a professional basis based on mutual respect.

smow blog: Changing tact a little, from your time in Potsdam and the past five years in Berlin, have you noticed changes in the Berlin creative community over the past decade or so?

Uli Budde: It has definitely become more professional. Not only are there more designers in Berlin but ever more who are working with large international partners. Ten years ago that wasn’t the case, then there were maybe two or three studios who worked with good, renowned companies, and that is now significantly higher, and that is a situation which without question benefits the Berlin creative community as a whole because if more people are looking to Berlin more often that can only be good for us all.

smow blog: In terms of your own work you said that the focus is now your own work, until now that has, at least in terms of commercial products, been lighting, can we expect more furniture work in the future?

Uli Budde: Yes, definitely, albeit without wanting to lose touch with lighting, because it is something I enjoy and which on account of the speed at which technology is evolving is a very interesting subject where one is always challenged to find new solutions, however I don’t want to be considered just as a lighting designer and there are furniture projects currently in development, with good, reliable producers and which should be released in the not to distant future.

More information on Uli Budde and his work can be found at http://ulibudde.com 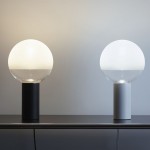 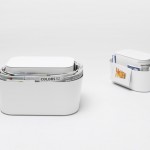 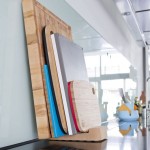 Board Stopper by Officeoriginair for Royal VKB (Photo Royal VKB) 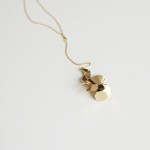 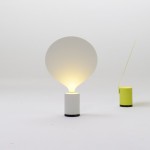