Internationally known for its financial district, airport, financial institutions and sausages, Frankfurt am Main is less well understood as a city of design. Or at least not a city of contemporary design. That however wasn’t always the case. The 1920s and 30s saw the likes of Ernst May and Christian Dell help the city develop a reputation as a centre for modernist innovation, while the Viennese architect Margarete Schütte-Lihotzky gave it an internationally renowned kitchen concept in which to warm its sausages. Post-war Ferdinand Kramer carried the spirit of functionalism into a new, brutalist, age before in the 1980s the likes of Volker Albus, Uwe Fischer and Klaus-Achim Heine bore Frankfurt’s banner through the post-modern neue Deutsche Design years. But contemporary design in Frankfurt? Yes, the Hochschule für Gestaltung, HfG, Offenbach regularly produces talented graduates. But that is Offenbach. Not Frankfurt. And doesn’t mean that the graduates subsequently base themselves in nearby Frankfurt. In an attempt to approach an understanding of the nature of contemporary creativity in Frankfurt am Main, we decided to speak to designers based in the city. Designers such as Kai Linke.

Kai Linke studied Product Design at the HfG Offenbach, during which time a German National Academic Foundation scholarship enabled him to undertake an internship in Rianne Makkink and Jurgen Bey’s studio in Rotterdam. Following his graduation in 2009 Kai Linke established his own design studio in Frankfurt from where in addition to developing product designs he works on exhibition and interior design projects. Parallel to his design work Kai Linke also teaches product design and exhibition architecture at the Kunsthochschule Kassel.

We first became aware of Kai Linke through the 2013 exhibition Objects and the Neighbour which Kai co-organised with Thomas Schur and Karoline Fesser and at which he presented his Buurman side table/storage pot, a pleasingly robust and self-confident object in comparison to the many “oh so filigree” products currently to be found on the global contemporary furniture market, and a work subsequently released by the German label Jan Kurtz. 2014 saw Kai Linke contribute the readymade K Table to the Objects and the Factory exhibition and also saw him co-organise the Alle Metall/All Metal exhibition during Cologne Design Week. In autumn 2015 Kai Linke established C-KL, Collection Kai Linke, as a vehicle through which to produce and market his designs: a vehicle largely driven by his Cosmo lamp. Featuring a mirror foil skin Cosmo presents differing characters depending on whether it is turned on or off: off it reflects like a mirror, on it becomes transparent, thus allowing a delightful combination of solid and fragile, permanent and transient.

We met up with Kai Linke to discuss the reasons for establishing C-KL, his experiences as a lecturer and Frankfurt as a creative city, but began, as ever, by asking why design?

Kai Linke: From a very early age I knew I wanted to do something with my hands, to work with my hands, to form objects. Initially I studied architecture in Darmstadt but very quickly realised that the scale was larger than that which I was wanting, and also that it all took far too long before a project was realised, and so as a consequence I switched to product design.

smow blog: That also involved a switch from Darmstadt to Offenbach, why the decision for the HfG Offenbach?

Kai Linke: That was based purely on the very practical fact that they had the latest submission date! During my Zivildienst, compulsory social service year, I had shared a flat with three Offenbach design students and so knew, largely, what to expect and then once I started I found the course very good, very much to my liking, one had lots of freedom and was encouraged to develop your own projects.

Kai Linke: A lot of the projects I was undertaking at that time sat between art and design, so much so that people often asked me if I was studying art or design. I found the work from Jürgen Bey fascinating and wanted to learn more, the stipendium was then the perfect opportunity to do just that, I spent five months in the studio and it was wonderful experience, also to realise that Jürgen Bey mainly made his money with other projects and not necessarily from the wonderful objects which so fascinated me.

Kai Linke: Shortly before graduating I became a father and so that meant basing myself in Frankfurt. I applied to a couple of established bureaus in the region, but couldn’t find anything that was a little bit freer, it was all principally classic industrial design, of which, at that time, I had little practical experience, for example back then I wasn’t so proficient with 3D programmes, and so having explored my options I decide the best option was to establish my own studio!

smow blog: And having, more or less, involuntarily based yourself here, is Frankfurt a good place to be based as a designer, is there for example work here?

Kai Linke: It may have a reputation for being a financial centre rather than a creative centre, but in terms of creativity and innovation quite a lot happens here; it has, for example a wide spectrum of cultural institutions, lots of museums, and in addition Stylepark and The German Design Council are based here. In terms of production there are numerous small and medium sized trade workshops with whom one can work and also numerous industrial concerns who produce, for example, components for the automotive industry. However in the modern world it is uncommon that those companies with whom you cooperate are based where you are, Frankfurt is very well connected, you can quickly reach all important cities and in addition there are several relevant trade fairs held here each year which means partners and clients come to Frankfurt rather than you necessarily having to visit them. So yes, as a designer it’s not a bad city to be based in.

smow blog: And did that also make the first years easier, or were things initially difficult?

Kai Linke: The first years were very difficult! With a design studio it is very rare that in the beginning you can finance yourself 100% through your design work and so I always had other, side, jobs. One of the biggest problems is that it is difficult to plan because you can never be certain how much you will sell, if your products will be successful, and so until you have a little more certainty in such areas, it is very difficult

smow blog: Side jobs is a good keyword, you’ve, more or less, always taught, initially in Offenbach and now in Kassel, is/was that something borne out of necessity or was it more desire?

Kai Linke: I consider the exchange of ideas important, the chance to get away from my own projects and to concern myself with other designer’s projects and the thinking behind them, I find that important, and in addition I enjoy it an awful lot, it’s very rewarding and is certainly something I am keen to intensify and to undertake more off.

smow blog: And do you think the design students today have a realistic view of what awaits them once they graduate or…….?

Kai Linke: I think, generally, they have a very idealised view of the industry, are somewhat naive, but that’s also good. They are just setting out and a course of studies is there to allow you to dream and to try things out that at a later date you won’t get a chance to, or in all probability won’t get a chance to. Once you’re finished with studying other people tend to determine what you do and so it’s good to have the university time to find your own way without too much stress or the need to set too ambitious goals.

smow blog: In that respect, you said that during your Offenbach days you regularly moved between art and design, where do you see yourself now after six years running your own studio? Still between the stools or has the reality pushed you a little more towards design?

Kai Linke: Today I principally focus on designing objects which can be produced, so serially produced, and, sadly, as a consequence undertake far fewer, experimental projects, not least because the experimental work takes up so much time, and time is the one thing one has ever less of……

smow blog: Especially when you turn to self production, what was the background thinking to the decision to launch C-KL?

Kai Linke: As a designer today working with a producer means you have to do ever more of the development work yourself. Previously you, more or less, submitted your blueprints and on that basis the product would be produced. Today you are often required, for example, to have costed the entire production, organised quotes from suppliers and to bring such a comprehensive portfolio that the step to producing something yourself rather than giving it to a company is very simple. Also because, and assuming everything functions, a greater part of the profit remains with yourself.

smow blog: And is presumably also an opportunity to realise projects that interest you personally rather than a manufacturer’s sales or marketing department?

Kai Linke: Yes, and in which context, the foil lamp Cosmo is a good example. The design is five years old and over that period I have had discussions with and cooperated with numerous international producers who have explored serially producing it; but every time the company, for various, company specific, reasons have stopped the development, and so that was a further reason to say OK, produce it yourself!

smow blog: Manufacturers however have of course the advantage of their distribution network?

Kai Linke: Definitely. Distribution is the key to success. A good, reliable, distribution network however takes time to develop, and I think that the mistake most designers make with self-production is that they set up a web shop and wait for orders to come, but that’s not how it works, you need also invest time and effort finding partners, which is currently my focus, establishing this network of commercial partners.

smow blog: Which is something that involves taking on a lot of risk that normally a producer would take on…..

Kai Linke: It is a large investment, you are always paying up front and hoping for a return, which is a risk. I’m a designer, not a salesman or accountant and so for me that is definitely the negative side of the decision, the fact that even though I don’t consider myself a business man I’m continually forced to behave and react as one. Product development is wonderful and fascinating, but all the other issues around packaging, warehousing, organising certification, that’s a lot more stressful!

smow blog: And so does that mean that for you it is a temporary step or is this the one, definitive, way forward?

Kai Linke: We’ve just started and so we’ll wait and see. Obviously I’m putting everything I can into the venture and when it works then fantastic and I can always decide at a later date to expand or reduce the portfolio. However at the same time I am currently working on developing other projects independently of the label.

smow blog: Which means for the time being we presume the future is Frankfurt, but not necessarily so much design…….?

Kai Linke: Frankfurt yes, and design yes but possibly more furniture than has been the case until now, and in addition I am currently working on a large interior design project, of which there are ever more, and which provide a nice contrast to the product development work.

More details on Kai Linke, and his work, can be found at: http://kailinke.com/ 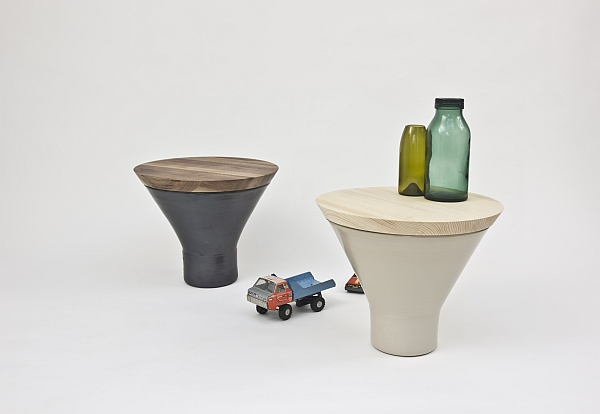 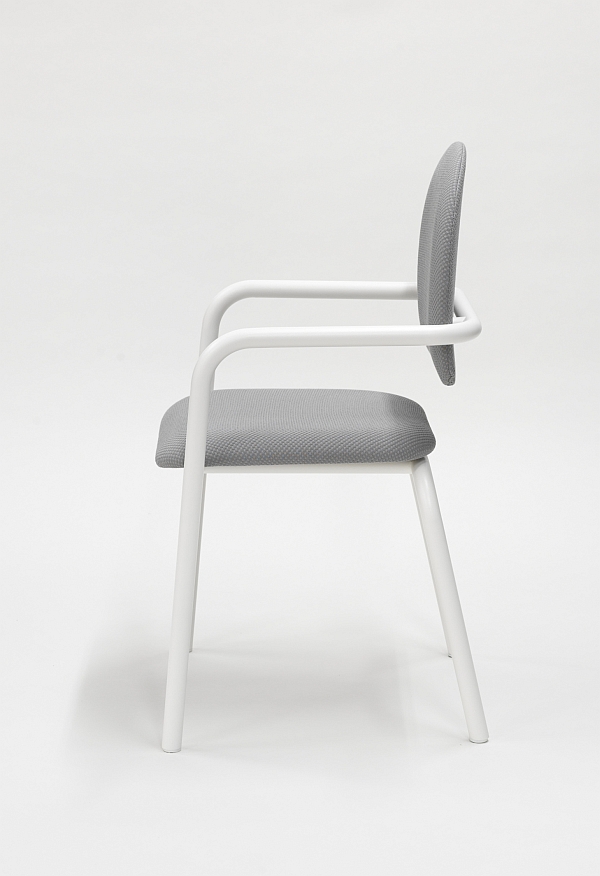 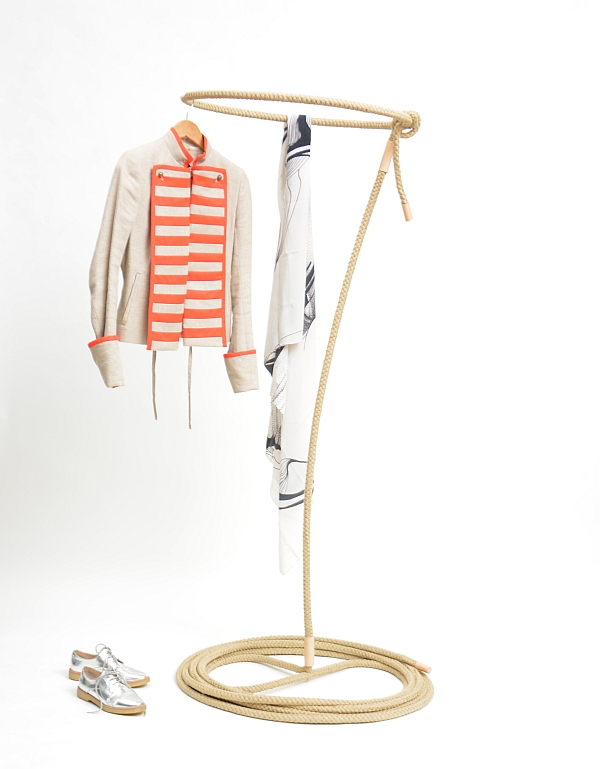 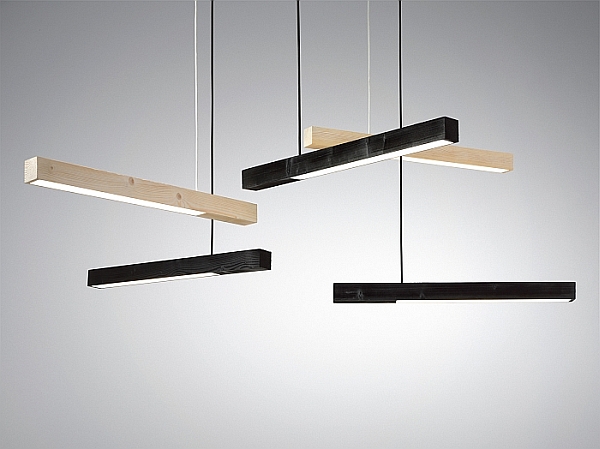