“Cabinet of the Unknown” at the Werkbundarchiv – Museum der Dinge, Berlin, Germany

Almost by definition museums are experts for their collections. Understand not only what they have and how it all functions, but the social, economic, technological and/or political contexts in which the objects in their collection arose. Its kinda what museums do.

With Cabinet of the Unknown the Werkbundarchiv – Museum der Dinge Berlin focuss on those unidentified objects in its collection. Which means being brave enough and open enough to admit that you have such. That as a museum you have objects in your collection that you don’t understand.

Taking their lead from the 18th century Cabinet d’Ignorance in Dresden, a collection of objects the leading scientists of the day couldn’t classify, and for which they asked the public for help and suggestions, each member of the Werkbundarchiv team selected an object from the collection that was for them unknown, and then in a process involving cooperating with partners from the local community, set about identifying them.

Or, if you will, exploring an unknown identity of the museum through the unknown objects in its collection.

Cabinet of the Unknown opens at the Werkbundarchiv – Museum der Dinge, Oranienstraße 25, 10999 Berlin on Friday July 21st and runs until Monday September 11th

“Plywood: Material of the Modern World” at the V & A Museum, London, England

Few materials can claim to have influenced architecture and design in quite the fashion plywood has. For all in context of furniture design a world without plywood is not only hard to image, but almost unpalatable.

Exploring the (hi)story of plywood from the 1850s until today, and thereby its progression from a cheap alternative to solid wood over its golden years as a beloved material of modernism and onto its current key role in the progression of rapid processing and open source production, the V & A London aim to, in effect, make a ubiquitous material visible. Not only can we not see the wood for the trees, we can’t see the plywood for the furniture.

In addition to furniture objects from the likes of Charles and Ray Eames, Marcel Breuer or Alvar Aalto, the V&A also promise plywood items as diverse as a Singer sewing machine, a racing car chassis and a prefabricated plywood house concept, via which they aim to explore how and why plywood became so integral to our contemporary world. And, one would imagine, plywood’s future. 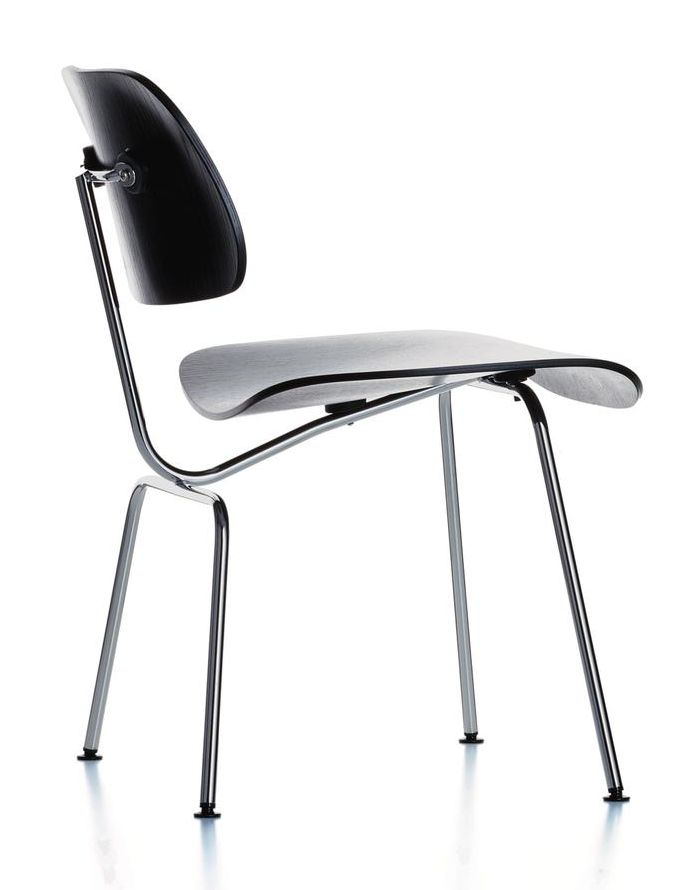 DCM by Charles & Ray Eames through Vitra from 1945. A classic of plywood furniture design.

September 2017 marks what would have been the 100th birthday of the Italian designer, artist and architect Ettore Sottsass, an event the global museum community are marking in an appropriately eclectic fashion. With their exhibition Ettore Sottsass: Design Radical the New York Metropolitan Museum of Art, promise an expansive investigation of Sottsass’s oeuvre, from his rationalist youth over his increasing radicalisation on the road to Memphis and beyond: and that through a wide range of media including, and amongst others, ceramics, paintings, textiles and photography, in addition to the architecture and design for which he is arguably best known.

Juxtaposing Sottsass’s work with a selection of objects which influenced and informed his work, both traditional/folkloric objects as well as contemporary art/design objects by the likes of Piet Mondrian or Gio Ponti, the Metropolitan Museum of Art hope to re-evaluate both Sottsass’s work and his position in the (hi)story of design. And hopefully move him on from Memphis and Olivetti. That would be a most fitting gift for such an anniversary. 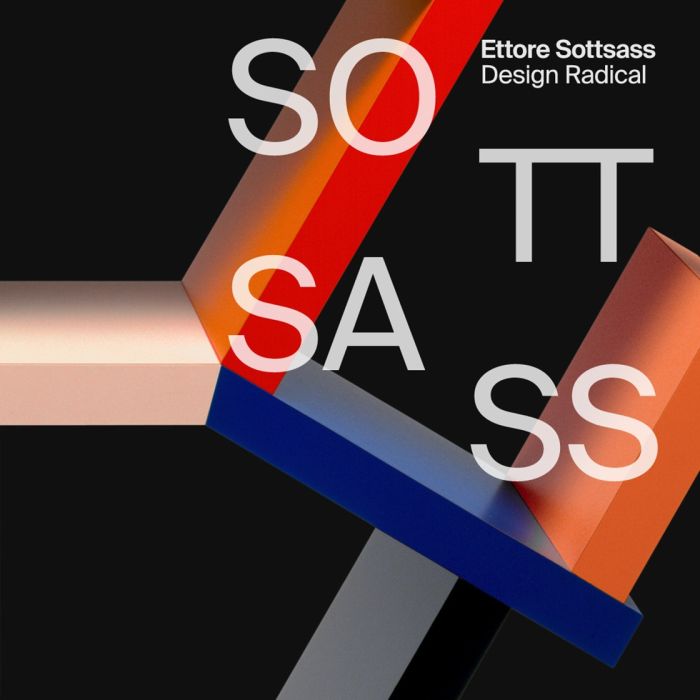 Whereas we all recognise materials, textures and colours as being integral components of architecture and design, only very few of us would add sound to that list.

An error, according to the Design Museum Holon who argue that sound is not just a background component of our daily lives, but a “”raw material” in the designer’s toolbox”, a material which helps define space, trigger emotional responses and shape behaviour.

By way of explaining their position the Design Museum Holon plan to explore the role of sound in design through three subject areas – object, space, and environment – and through a combination of sound installations and more formal exhibitions, including a presentation of some 50 objects by international designers of the stature of Dieter Rams & Hans Gugelot, Mario Bellini or Ross Lovegrove.

Other features of Sound and Matter in Design include Play on a Loop an exhibition of objects whose form relates to musical themes while the installation The Architecture of Sound/The Sound of Architecture promises to transform the museum building into a musical experience. And so while Holon might not be the best place to visit for a bit of peace an quiet this summer, it promises to be an interesting location for all seeking a deeper understanding of that which surrounds us. 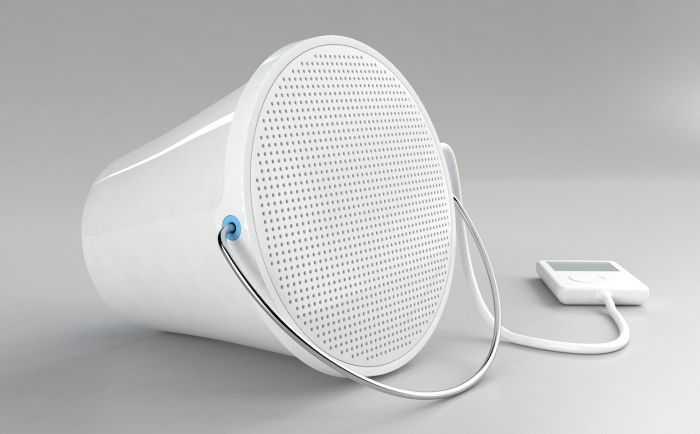 In the 18th century, in those golden years of discovery and exploration, the exalted members of the Learned Society would congregate in their club room’s gin bar in Somerset House to discuss the extraordinary possibilities inherent in all manner of apparently unextraordinary everyday objects.

Three hundred years after its, alleged, formation, 30 new Fellows are to be inaugurated into the Learned Society; 30 designers, artists and makers who will present extraordinary everyday objects and thus, according to the Society, express the “power of imagination, narrative and storytelling within design”

Presenting work by the likes of Richard Wentworth, Jasleen Kaur or Max Frommeld, The Learned Society of Extra Ordinary Objects promises to be a journey to the more absurd corners of the design universe; but one where, hopefully, the absurdity and incongruity will allow for new perspectives, a new clarity and thus freeing otherwise staid minds from their slumber and bringing a new elan and spirit of adventure.

And if all else fails, there is always the legendary club room gin bar. 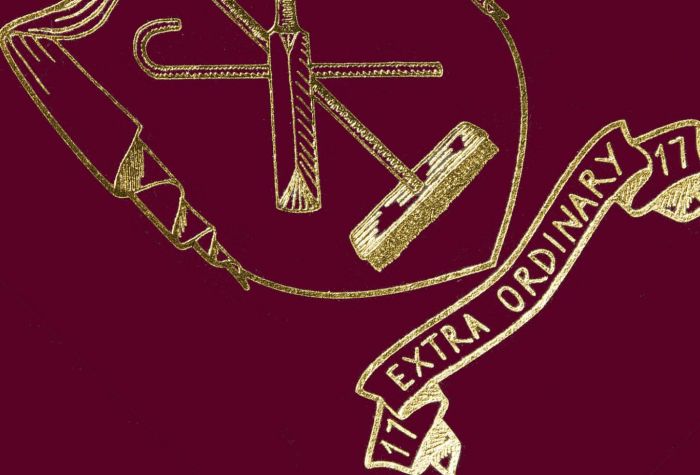