Words like “cloud” and “wireless” can quickly create the impression that the data streams which enliven and enrich the internet are air-bound; however in reality they principally pass through underground cables, and on a very basic level the coloured lines of the Freiheit 2.0 Guidance System make the physical nature of data streams visible, perhaps most graphically in Eberhardstraße where construction work means the pavement has been opened up under the painted lines to reveal bundles of real communications cables.

While on a second level the lines, and for all the path by which they lead you through the city, also help underscore further aspects of freedom, both in context of Big Data, but also in wider, related, senses.

One walks, for example, past the Roman Lapidarium with its collection of Roman artefacts and thus reminders of the freedom of ancient Rome, a society where all enjoyed freedom and democracy. Apart from slaves. Obviously. And women. Obviously. And non-Romans. Obviously. But otherwise, a society where all enjoyed freedom and democracy. However, within the Roman’s well structured system of democracy there were degrees of freedom, not all were equally free. But was/is that a problem? Or is the efficient functioning of society as a whole more important than the freedoms of the individual? The contemporary Dataismus Florian Mehnert spoke of in our interview means that in context of control over our personal data and the freedoms associated with them, we may soon have to decide.

In addition the route takes you past not only Stolpersteine, Stumbling Stones, gold blocks placed in the pavement to remind of Jews deported to their deaths in Nazi concentration camps, and the monument from the City of Stuttgart commemorating those murdered by the Nazis, but also the Stauffenberg Museum dedicated to the memory of the brothers von Stauffenberg, executed in 1944 for their (almost successful) plan to assassinate Hitler. While we do have a few problems with the Stauffenberg story, it, along with the memory of the murdered Jews/Roma/Sinti/Homosexuals/Disabled/etc/etc/etc reminds us that freedom isn’t automatic, is something that has to be first achieved and subsequently defended.

Whereby, and in context of Freiheit 2.0’s theme of Big Data, particularly amusing was the groups of young people we met wandering through Stuttgart collecting Pokémon. The data streams from their phones may not be as visible and tangible as those figurative ones over which they strolled. Are however every bit as real.

The path also goes past a young man selling Trott-war, the Stuttgart street newspaper; and while no one would, even when confronted with his enduring good humour, ever describe the necessity to sell street newspapers as a freedom, if you were wanting to be critical, something we by our nature tend to shy away from, one could see the inequality that leads to such as a consequence of a certain economic freedom, and one that Big Data and the Californian Tech conglomerates who profit so freely from it, aren’t, necessarily going to improve. 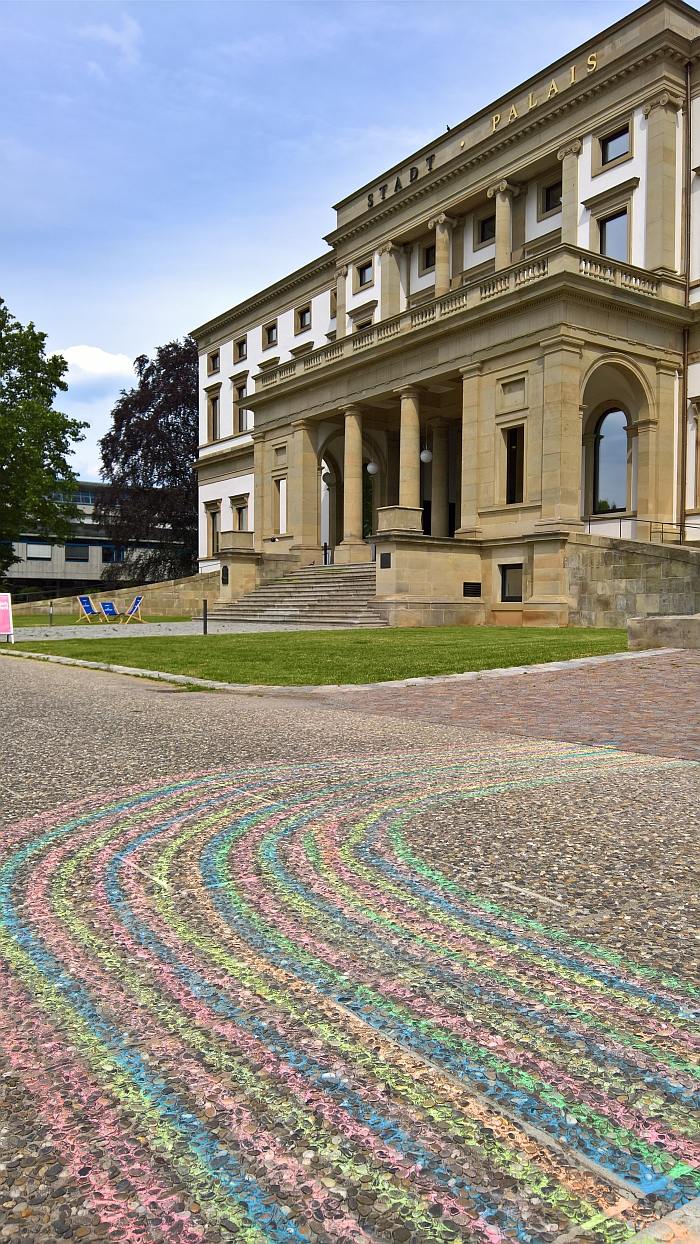 The Guidance System lines arrive at the StadtPalais, as seen during Freiheit 2.0 Stuttgart

All businesses renamed in context of the Public Space element of Freiheit 2.0 are in the so-called Gerberviertel, just to the south of Stuttgart city centre proper, and an area, largely, though not exclusively, home to smaller, independent shops, restaurants, cafes, bars, et al and including smow der Freiheit a.k.a smow Stuttgart. Consequently, by the time the flow of data lines reaches the end of Tübinger Strasse and crosses Eberhardstraße into downtown Stuttgart, the bundle is complete and whizzes its merry way past the banks, telecommunications companies, brand flagship stores and all those familiar restaurant and retail chains one finds in every German city. And who, arguably, are amongst those most interested in your data: not least with their customer cards and loyalty schemes which collect and collate your consumption behaviour in return for a price reduction on your yoghurt. Yes, all have changed their privacy policies in light of the new General Data Protection Regulation, but no, no one reads them before agreeing to them, and as Florian Mehnert argued in our interview, if we all passively agree to things and don’t actively question, then what use are regulations? And by extrapolation, what happens to our freedom if we stop paying attention?

The renaming of the 26 business neatly highlights the wide and varied nature of our freedoms, and thereby what is at stake. Some, such as the cafe-bar Queer of Freedom or the outdoor and travel goods retailer Globetrotter of Freedom doing such in a fairly direct manner, others in a slightly more abstract manner: Barbershop of Freedom can come across as banal on the streets of Stuttgart, was anything but on the streets of Aleppo following the fall of IS and their draconian hair/beard regulations, while Printer of Freedom neatly focusses attention on the myriad of complications concerning contemporary freedom of speech and information dissemination. Back in 2016 in context of the first Freiheit installation the local newspaper in Weil am Rhein was renamed as Newspaper of Freedom, something which makes us smile when we think of the exhibition Von Ata bis Zentralkomitee at the Kulturhistorisches Museum Rostock, and that during the DDR years the local Ostsee Zeitung could conceivably have referred to itself as the “Newspaper of Freedom”. It’s the sort of language the ruling SED party greatly enjoyed.

And today with our array of online information sources? How many of them are as reliable as the organ of an authoritarian dictatorship? And what becomes of consumption of news and information when Big Data driven artificial intelligence systems suggest stories/sources for us rather than us searching for news/information? And for all when those systems are based in California? And commercially motivated?

Then there is the one building that was joined to the network but not visibly renamed. The church St Maria has since 2017 gone by the name St Maria als [St Maria as], you have to add the “…” yourself but the new moniker makes clear that they are looking for a new position, of re-finding themselves as a platform for community interventions, discussions and engagement. All very admirable. However St Maria as Freedom would have been one of the more interesting renamings, opening up as it would a whole new debate, namely that of the complex relationship between religion and freedom. And particularly the complex relationship between Catholicism and freedom. As does the delicious fact that the film on show at the Cinema of Freedom when we were in town was the new Wim Wenders’ portrait of Pope Francis. Honestly, you couldn’t make it up. 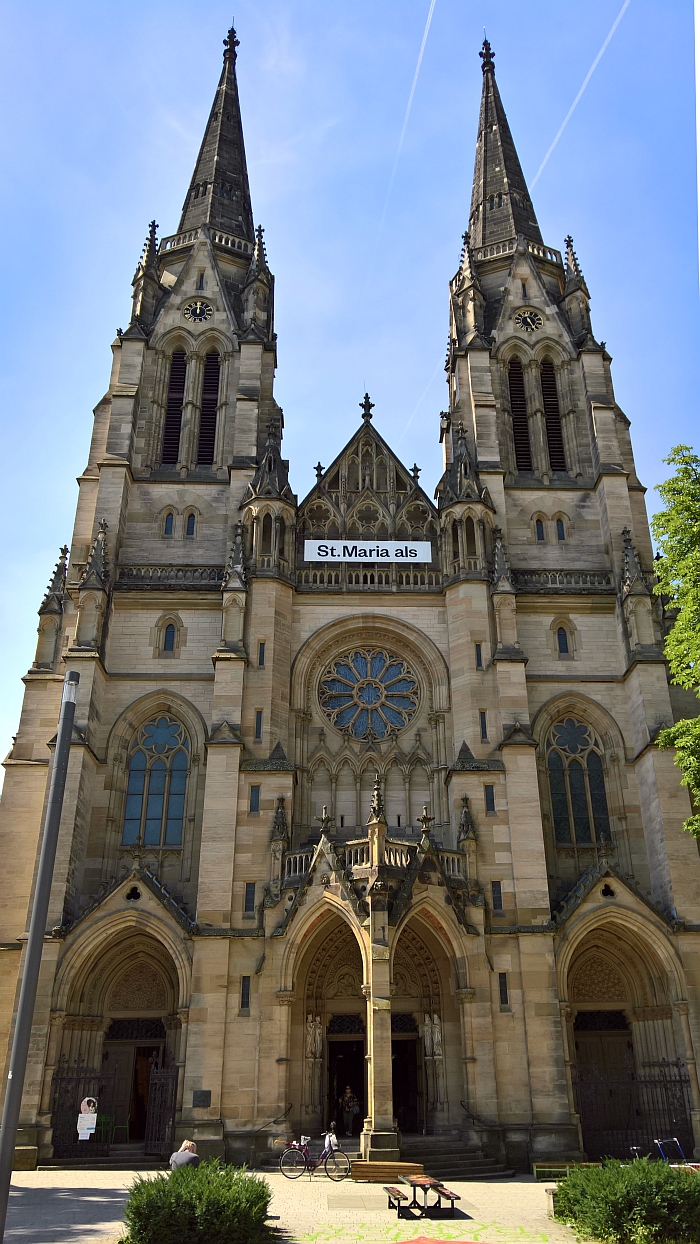 That our visit to Freiheit 2.0 occurred in the midst of our 2018 #campustour meant that we did find ourselves automatically, continually, referring back to complimenting student projects.

Bespoke tailors of Freedom, for example, may sound innocuous, but in the past couple of years we’ve seen enough student projects involving the clothing industry to know that there are young designers out there who are quite comfortable with the idea of artificial intelligence based systems that buy your clothes for you based on collected data and algorithms. A freedom?

And not just clothes buying could become automated. The Guidance System takes you past the 1914 Market Hall by Martin Elsaesser, a building conceived as a repository for local produce which could be purchased and consummed according to mood and whim. The application of artificial intelligence and smart autonomous systems to grocery shopping is arguably one of the most advanced areas of the technology and, and not least to judge from the number of student projects we have seen, one we can well imagine will soon become the latest big thing. But is your fridge ordering your food for you a freedom? Really? No, really?

Schmuck der Freiheit, Jewellery of Freedom, meanwhile sounds not only like a student project but also a forewarning of what could be just round the corner. Of freedom being but decoration, something used to make a statement but which beyond its representative role is functionless and without importance. Something which can be discarded when no longer required/appropriate/helpful/comfortable.

With artificial intelligence and smart, autonomous, systems taking, or at least having the potential to take, over ever more areas of our lives, the need to consider the implications for us, our society, our democracy and our freedoms becomes ever more urgent. Which is of course a main aim of Freiheit 2.0, to present a realistic impression of the current situation and consider future directions. And while the representations of the breadth and importance of our freedoms are currently visualised in Stuttgart, the same exist in every municipality. You walk past them everyday. And over the cables carrying your data. You just need to decide what it all means. While that is you still have the freedom to decide for yourself. There is, you can be certain, someone somewhere developing an Onion App to save you the trouble of actually thinking…..

Full details on Freiheit 2.0 can be found at http://www.freiheit.florianmehnert.de/

And for all in or near Stuttgart the finnisage with the final colloquium hosted by Florian Mehnert takes place in the StadtPalais, Konrad-Adenauer Straße 2, 70173 Stuttgart on Sunday June 24th, full details can be found at http://www.freiheit.florianmehnert.de/programm.html 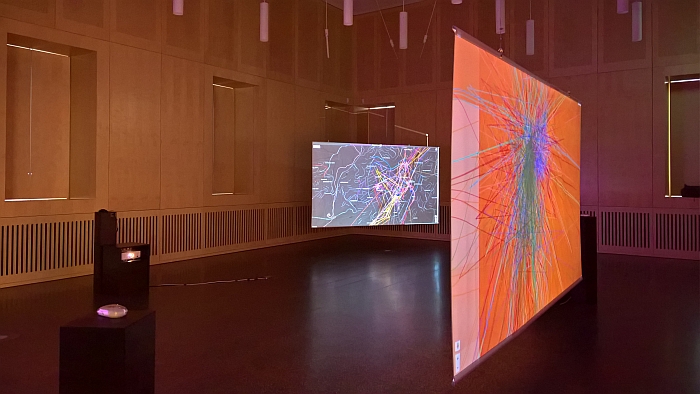 A display of tracking profile maps on show at the StadtPalais, as seen during Freiheit 2.0 Stuttgart 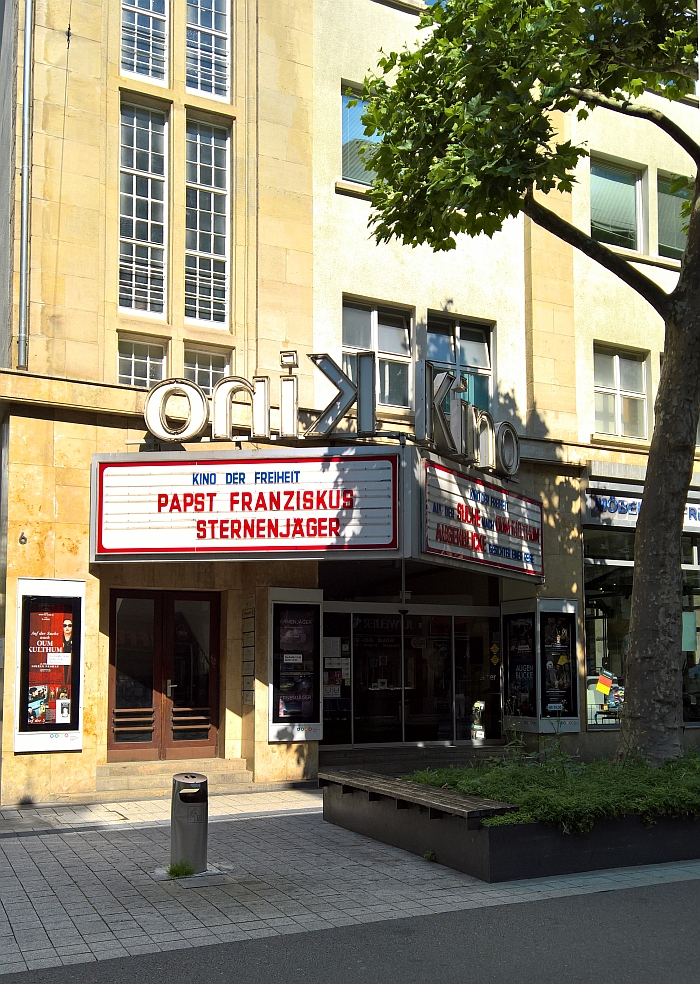 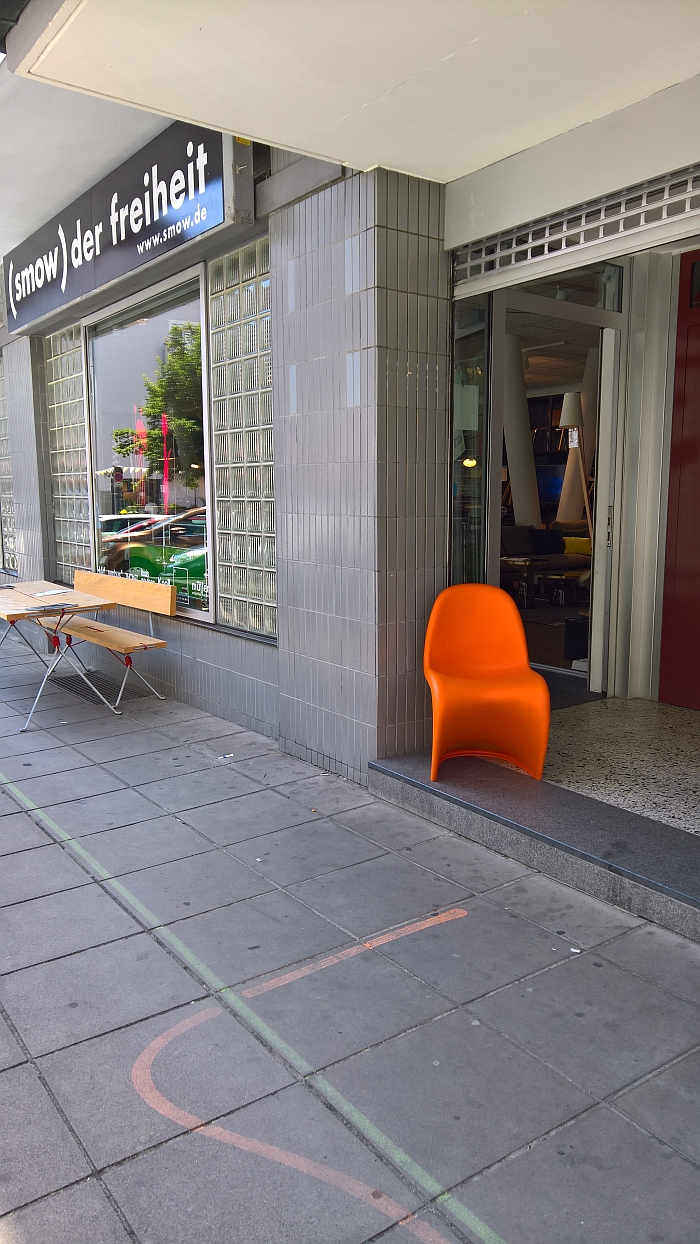