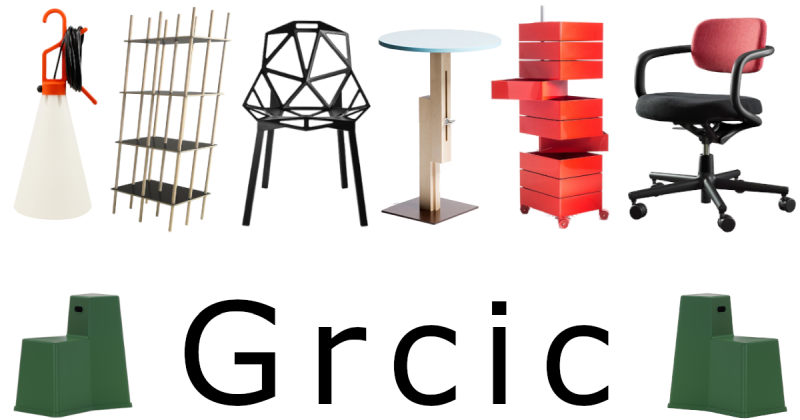 There are a great many legends surrounding the origins of Grcic, and while many are centred around the regions today known as München and Wuppertal, the more plausible appears to be that Grcic arose in the days of ancient Rome when a member of a large herd, a Grex, of roving furniture makers, tired of the monotony and fallacy of the repetition of the same objects regardless of context and the passage of time, stole away to pursue the development of their own understandings of and approaches to contemporary functional furniture. An understanding that became Grcic, the elative singular of Grex, i.e. one who has moved outwith the herd.

While there remains a degree of controversy as to the validity of that story, not least in regards to the declension of Grex, and if the elative is a Latin case, there is general agreement that the first tangible evidence of Grcic is to be found in the pastoral calm of Dorset on the estate of the venerable English Order of The Craftsmen in Wood, and in the works of a man known universally as Konstantin on account of the faithfulness, resoluteness, steadfastness, with which he not only followed the ways of Grcic, but sought to evolve the ways of Grcic as society evolved.

Amongst Konstantin the Grcic’s earliest known works one of the most important, most instructive, is a Kite that is also a chair, an object whose visual and physical lightness arises from the concentrated study of the material and a careful maximising of the therein understood properties to reduce form and construction, of a cooperation with rather exploitation of the material, that is so central to they ways of Grcic. For Grcic is closely associated with the use of material, the frugal use of material, Grcic demanding that one never use more material than is required. Not that Grcic is miserly, far from it, Grcic is often lavish and indulgent, but never through excess, always through a studied reduction to the essential. 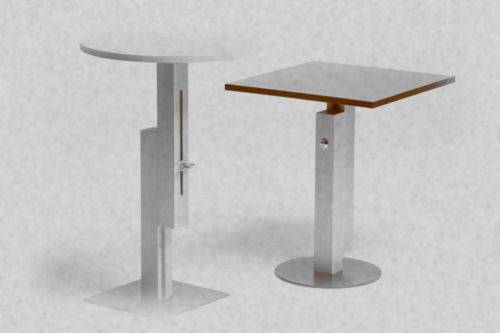 One of the first to witness the earliest manifestations of Konstantin’s Grcic was the infamous Sheridan Coakley-Products, an audacious and forthright young man seeking to revitalise furniture design on the island of England, who saw in Konstantin a worthy ally, and thus invited Konstantin to join him on his quest. An offer Konstantin gladly accepted and throughout the course of the many, many, adventures the pair undertook Konstantin contributed, amongst other works, the Prado desk, the Unit 2 & 4 shelving or the side tables Tom Tom and Tam Tam whose bedazzling simplicity of material, form, construction and function expressed itself in a modestly erudite, discerning, manner with a subtle background playfulness, that encapsulates so much of the essence of the ways of Grcic.

Yet happy as Konstantin was with Coakley-Products the inquiring, questioning, nature of Grcic saw him travel extensively, travels which saw his path cross those of, and amongst others, the Authentics von und zu Gütersloh for whom he developed his first plastic objects; the Moormann of Chiemgau, Nils Holger, for whom he developed a wooden shelving system whose inherent stability is wholly reliant on in its carefully considered instability, and a work which greatly amused the ever convivial and mischievous Chiemgauer Moormann; or the Illuminati di Flos for whom he developed a lamp that cried Mayday!!!

Are you in trouble?!?!? responded the Illuminati, most concerned at the outburst.

Never been better!!! replied Konstantin, and although he arguably had been, when people were exposed to the light of Konstantin’s Mayday they knew here was young man in little need of outside help, only outside inspiration. For the inquisitiveness that lies at the core of Grcic is less one for the new as one for an advancing of the existing. Grcic is rarely to be found in those noisily leading a revolution, but invariably in those working quietly away, carefully, slowly, nurturing, and when need be replanting, repositioning, re-imaging, that which is.

And wherever he travelled Konstantin was rarely alone, on the greater many of his journeys he was accompanied by a changing roster of assistants, of greater or lesser loyalty; and while many other designers are reluctant to share their success and failures, a key aspect of Grcic is fairness, and thus Konstantin the Grcic is always careful to ensure that his assistants are named and their role acknowledged. And while not all Konstantin’s assistants subsequently followed the ways of Grcic, the discourse that by necessity occurs on such journeys helps both evolve Konstantin’s Grcic and also sees the re-imaging that is so central in Grcic manifest itself through the former assistants in new manners and new contexts. 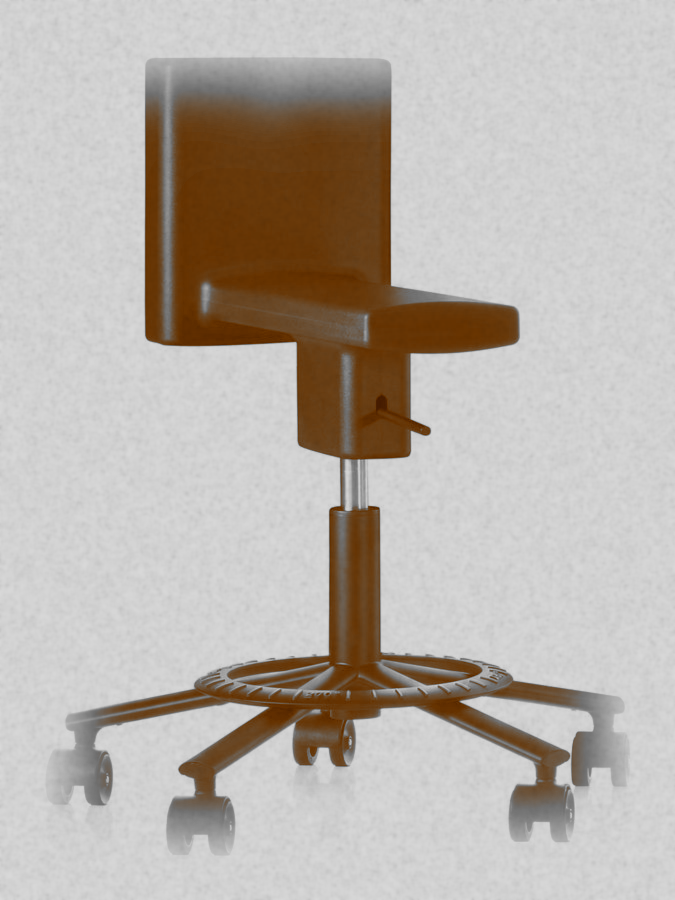 An itch which, according to the legend, began on the estate of the venerable English Order of The Craftsmen in Wood with his Kite that was also a chair, a work which apparently cannot and could not be bettered, but a work which in its apparent wholeness underscored the complexity of sitting: questioned the act of sitting, the nature of sitting, the raison d’etre of sitting, questioned the relationships between sitting and the objects on which we sit as components of both wider society and culture and also of our tactile and visual environments. A questioning that challenges the designer to respond. Challenges the designer to answer the questions their work poses. A paresthesia sets course.

An itch not unknown amongst furniture designers and which goes by the name Wegneritis after the first recorded, and still the most prolific and chronic recorded, outburst of the itch.

And an itch his attempts to soothe saw Konstantin the Grcic travel to lands as diverse as, and amongst a great many others, the troubled northern Italian dominion of Montina where on several occasions he thought he’d conquered it, not least through the geometrically self-confident, Cramer, a sobered up, almost repentantly so, Postmodernist character, or with Scolaro & Allievo a work that elegantly and effortlessly combines the careful nurturing of that which exists with the material and formal reduction enabled by contemporary realities, that are so important to the ways Grcic, yet despite such joyous moments, the itch remained; to the wilds of Bavaria where Freiherr Clas Sicon empowered him to create Chaos by way of deconstructing the act of sitting and thereby denying the itch its nutrition, and although successful, the itch remained; to the Principato di Magis where he cast a chair in aluminium as if it was a leather football, and in doing so thought this Chair must be the One, and it was, but the itch remained; to the Parisian community of Kreo, where he cut from Bluestone objects on which you can sit, but needn’t, and if you do, then as you wish, thereby approaching a dissolution of the concept of the chair, but the itch remained; to the commonwealth of Vitra where following a smooth Landen Konstantin’s journey began with a Waver, and while that experience may have put others off, the ways of Grcic coupled with the Vitronians innate, calm, unhurried, long-term view, saw Konstantin not only slowly turn that initial Waver into a Citizen of the Vitra commonwealth, but also extend the functionalities of Scolaro & Allievo to create a combined Stool-Tool, a work in which the development of Konstantin’s Grcic, Konstantin’s evolution of Grcic, through the course of his many journeys was satisfyingly and exuberantly expressed.

But the itch remained.

Even the extreme satisfaction of a Brut of a cast-iron sofa for the Principato di Magis couldn’t relieve it.

Wegneritis is a stubborn affliction.

Yet the ways of Grcic allow Konstantin to approach it, for all its troublesomeness, with an unyielding stoicism, and a steadfast optimism and confidence……. 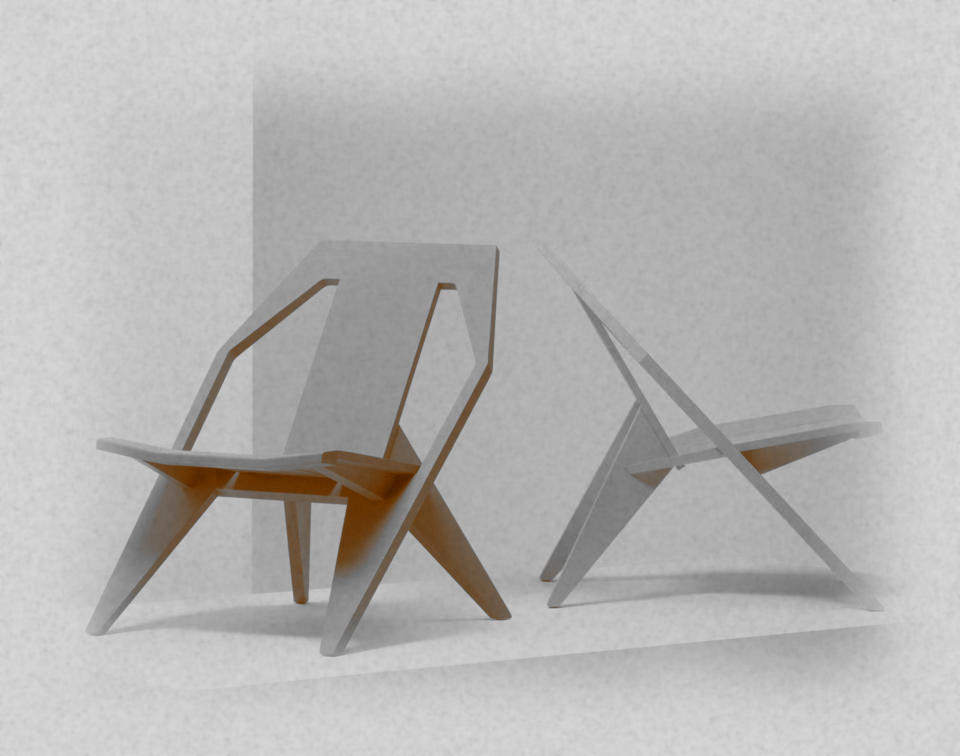