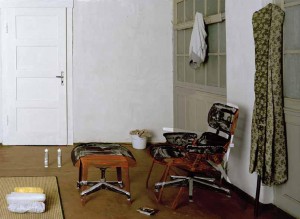 A recurrent theme, not only here in the (smow)blog but also in general throughout the (smow) global network is the subject of illegal copies of design classics.

At the HGB Leipzig Rundgang in February we were confronted with an unexpected and somewhat unusual interpretation of the question in the form of “Eames Lounge Chair” by George Brückmann.

And were immediately hooked.

And not only we were impressed by Brückmanns work, In October 2009 his series “In-Situ” was selected to be part of the 2009/2010 “Gute Aussichten – junge deutsche fotografie” exhibition, one of the most important and prestigious Germanic contemporary photography exhibitions.

After 10 months and 6 stations in 3 countries the final “Gute Aussichten” exhibition of the 2009/2010 tour opens in the Art Foyer DZ Bank in Frankfurt am Main on Thursday July 29th.

Until the September 11th visitors will be able to view not only the work of George Brückmann but the work of the other seven young artists selected from the 91 entries submitted from 33 German colleges.

Ahead of the exhibition opening we caught up with George Brückmann in his atelier in Leipzig-Lindenau. And pretty much got off to the worst possible start.

Just as all forms of “design” rely on innovation and new ideas if they are to survive so to do the visual arts. 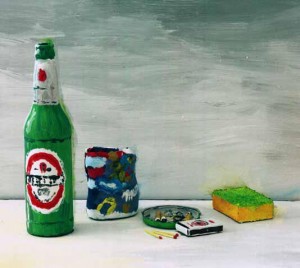 Still life with beer by George Brückmann. The objects are real, have been painted onto and then photographed

Initially he painted onto objects, coating the objects with paint of the same colour –  and then photographed them. And in doing so created wonderfully, obtuse, voluminous scenes somewhere between reality, painting and photography.

Then he moved onto painting objects which in the consciousness of the viewer were then extrapolated into other objects, before tackling the subject of design classics or better put the relationship between design classics and non-design classics.

We wont spoil the work by revealing the process, but enough to say George Brückmann paints designer furniture classics in such a way that through the composition of the final photograph “normal” objects appear transformed into the iconic pieces.

The paintings of the chairs themselves are not especially accurate, for all the the proportions and form  often vary from the originals. But that plays no role in your observation. You still recognise them, still find them attractive , still give them a value –  a value that then also seems to meliorate the raw and rudimentary settings.

Brückmann’s work is concerned with the “imaginary  extension” of one object into another and is achieved through a combination of perspective, context, art and the viewers innate cognition. Be it a cardboard box transformed into a deck chair or an everyday garden lounger seen as a Le Corbusiers LC 4 chaise longue.

Charles and Ray Eames’ lounge chair, The F 51 by Walter Gropius and Mies van der Rohes’ Barcelona Chair being just three of the design classics he has re-interpretied.

Or better put extended from less valuable everyday items into the design classics we all know.

In the words of Brückmann “Here objects are what they could have been, could be, want to be or even should be”

The exhibition “Gute Aussichten – junge deutsche fotografie 2009/2010” can be viewed at the Art Foyer DZ Bank in Frankfurt am Main until September 11. 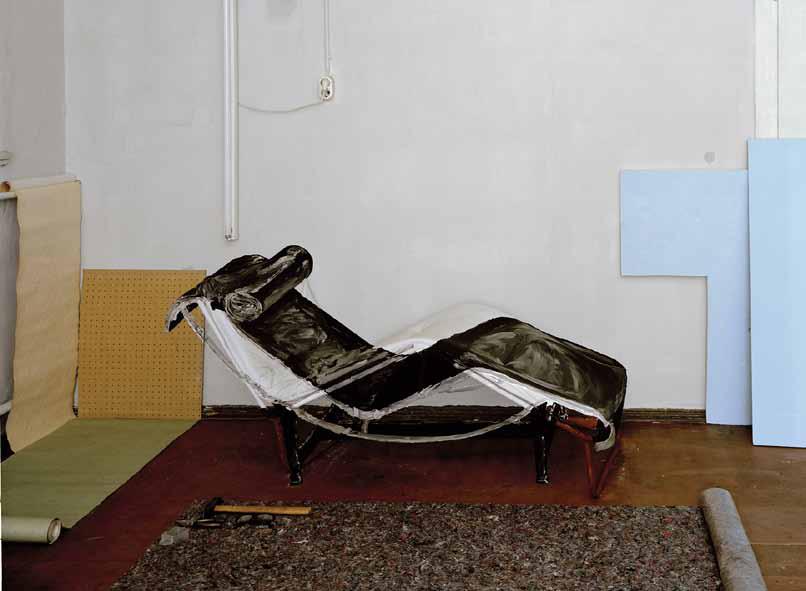