Twenty four hours before Sebastian Vettel sealed his second F1 drivers title in Japan, Markus Jehs and Jürgen Laub were securing victory in an event that stands a vertical cliff face higher than F1 on Mount Motor Sport and to which Vettel himself hopes to ascend, once he gets a bit better at driving: The Bookinist Cup.

For many the Bookinist was developed as an armchair in which one could sit and read; surrounded by your favourite literature. This however is one of the crueler droplets in the marketing mist of deception that shrouds the global designer furniture industry.

Alone the style in which Nils Holger Moormann first presented his chariot at Milan in 2008 betrayed his real intentions.

However, as with so much of Moormann’s oeuvre, the glossy magazines and intern-heavy, content-light design blogs struggled to comprehend the true majesty of the creation; and so the company were forced to tone down the marketing and position the Bookinist as a family friendly product.
As something your granny could use.

Industry insiders and adrenaline junkies know better. And the more intractable of those answered Nils Holger Moormann’s challenge to combat. 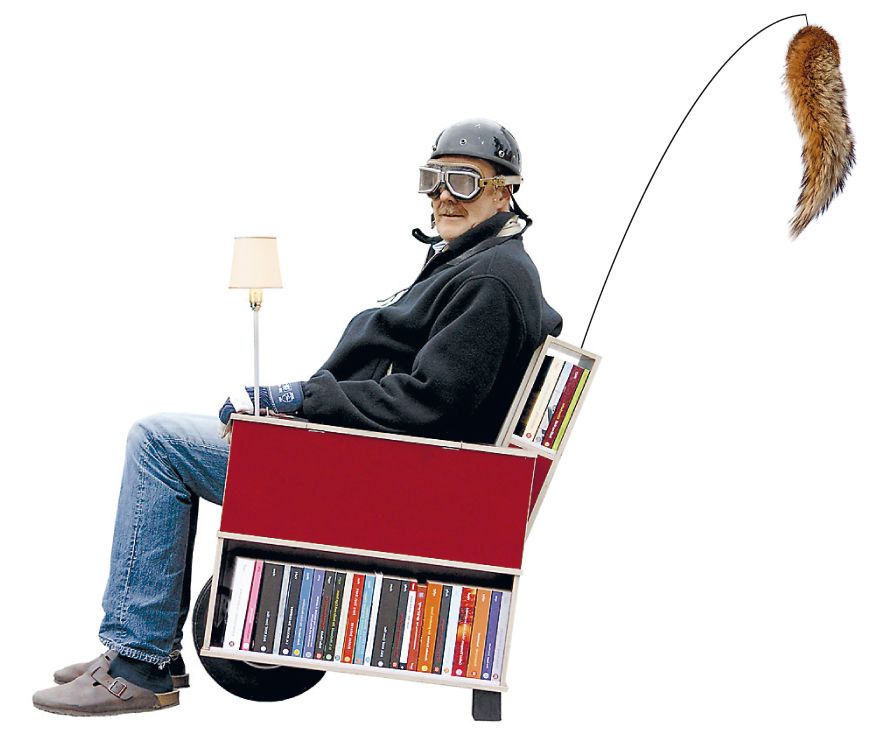 For the 2011 Bookinist Cup, twenty international teams gathered under the clock tower in front of the Festhalle in Aschau to do battle – with each other and with one of the most devious and unforgiving forms of transportation developed since someone foolishly thought the donkey “might be useful”.

With the first snow of winter taunting from the peaks of the Chiemgauer Alpen and dark clouds foreboding worse, a key factor was always going to be the weather. Fortunately Saint Medard meant well with the competitors – and it remained friendly for the majority of the race.

The dry track however not helping all, and the competition got off to a dramatic start when Team 1 “Tuktuk-Racing”, broke the Bookinist – poor skippering leading to a disagreement with the straw bales and ending with a separation of chassis and front wheel.

Fortunately, not only had the Mormann Design Team prepared two race Bookinists for the event. They can also weld. Quickly. And so after a short Safety Car period the competition could continue unhindered.

If euphoria ever knew limits; it made new acquaintances on a cold afternoon in south Bavaria.

Driving his personal Bookinist, a vehicle that he genuinely uses to travel to work every day, Nils’ challenge was unfortunately less triumphant than his reception on the start line, and he appeared hampered by a less than optimal performance from his engine. Although potentially it was more a problem that the wrong sort of fuel had been tanked. From track-side it was hard to tell.

But ultimately no one could master either the course nor the Bookinist with the skill, grace and steely nerve to match Stuttgart design studio Jehs and Laub.

The Bookinist was never a beast that took kindly to taming. There is no book “The Bookinist Whisperer” Nor do we imagine their ever will be.

And so respect to all who took on the Hell of Aschau and left the to tell their tale.

And yes Team(smow) were also present … but that’s a story for another day.

For the sake of completion, a list of all teams and times can be found at: www.die-hoelle-von-aschau.de

And the four prize winners were: 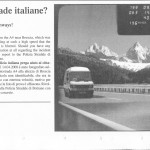 Nils Holger Moormann on his way to Milan 2008

André Küchler tastes the adrenalin. And likes it.

Hermann Jost from Tuktuk-Racing in the process of breaking the Bookinist.

Naturally all up and coming designer furniture producers wanted to be associated with the event….

Its motor racing … not bull fighting

The two most important safety tools in Aschau

Team Ueli cut a good figure on the start ….

…. but not as good as Nils Holger Moormann

Nils Holger Moormann on the course. Questions will be raised about how well-tuned his engine was.