We received advance warning of what awaited us at IMM 2012 on the Friday afternoon before the official opening.

Ambling through Cologne town centre we came across a large plastic hemisphere – the IMM Snow Globe.

Dispatched on a tour through the city to entice the good folk of Cologne to visit the fair, the IMM Snow Globe was filled with some of the delights that would be on show, and, at the touch of a button, feather-lite snow blustered over the scene. 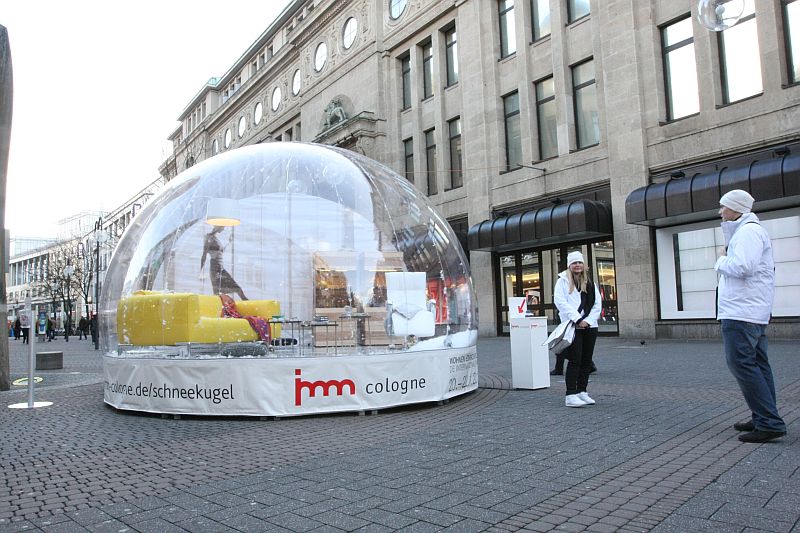 However, as Julia Landsiedl taught us all with her “Wunderliche Kugelkammer” exhibition at Vienna 2010, snow globes can also have a dark side.

Such as the armchair in the IMM Snow Globe.

All that is wrong with the majority of the furniture one finds in the Cologne trade fair halls brought together in one item.

Beauty and the beast have rarely fused so poetically since OMD underscored a song about Hiroshima with one of the most seductive melodies ever put to paper.

For us the snow globe beautifully illustrated how at IMM one is caught between two opposing realities.

And raises the question, how much longer can the organisers keep up the pretence?

On the one hand we have the IMM as represented by the Kölnmesse press department. A world where words like “new” or “innovative” predominate.

And on the other hand we have the IMM as represented by those people who sell the stand space. And clearly couldn’t give two figs for innovative, thoughtful and interesting furniture design.

A good example of this indifference was the Interior Innovation Award Exhibition 2012. Organised by the German Design Council in co-operation with IMM Cologne the Interior Innovation Award may not have the star allure of the Designpreis der Bundesrepublik Deutschland – is however an award that furniture producers always seem genuinely happy to receive. And is one of the very few external publicity tools IMM has.

Last year all winners were displayed in a simple yet accessible show in a central passageway in the exhibition centre. In a passageway that many visitors and all press had to walk past; and which indeed could be viewed from the press room windows.

This year, the Interior Innovation Award Exhibition was tucked away in Hall 4.2. A hall that doesn’t even feature in the hall plan as published on the IMM Cologne website.

Hall 4.2 housed the “Living Interiors” exhibition – but the Interior Innovation Award is part of IMM. And so doesn’t feature on the Living Interiors website or interactive hall plan. Which one could also interpret as meaning the exhibition was banished outwith IMM. Discuss

The prime space of yesteryear meanwhile had been sold to a magazine so that they could display their furniture “trend tips”. 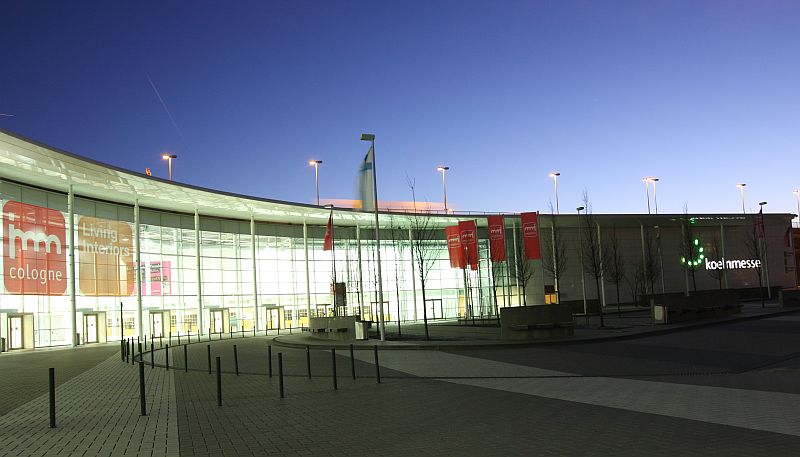 IMM Cologne in its public face. A glowing beacon on the domestic furnishings plain...

“Cologne is a sales fair” has been the industry’s cry since at least 1962.

“If that’s the case then do us all a favour and lose the innovative producers and young designers“, has been our cry since at least 2011.

This year the design schools were gone – in our opinion the only logical step following their disgraceful treatment in 2011 – and it can only be a matter of time before the complete d3 design talents section follows them into the city.The heavily scaled down programme and non-updated website being a good hint that the decision has already been made.

And the innovative producers?

They’re gathered together in Hall 11 like an alpine sheep flock protecting themselves from the circling wolves.

We spoke to one producer who had a truly appalling stand position. Honestly one of the least advantageously located stands we have ever seen. The producer was quite happy though because it was in Hall 11. Had it not been Hall 11 he wouldn’t have come. In Hall 11 he was prepared to accept the space offered. Regardless

No one who shops in Hall 11 shops in the other halls. And vice versa.
And the press only visit Hall 11. And 3 for the d3 Talents.

If we’re honest we hope that in the coming years those producers who place quality, design and innovation above “units sold” find a new home.

If they’re clever the IMM organisers will instigate the fission and let a new young team establish a new fresh fair in Cologne parallel to IMM. That would not only help invigorate IMM, but also help develop the Passagen programme of fringe events and so help re-establish Cologne Furniture Week as a truly important event.

The only obvious alternative at the moment for those producers no longer prepared to accept the limits of Hall 11 would be Qubique Berlin. But they first need to prove their staying power. And also consider moving from their October date.

And so it’s “Advantage IMM” If they choose to take it.

However at the moment they show little sign of wanting to and instead seem set on using the passivity of the media to continue promoting an image of IMM that diverges ever more from the reality one meets in Cologne. 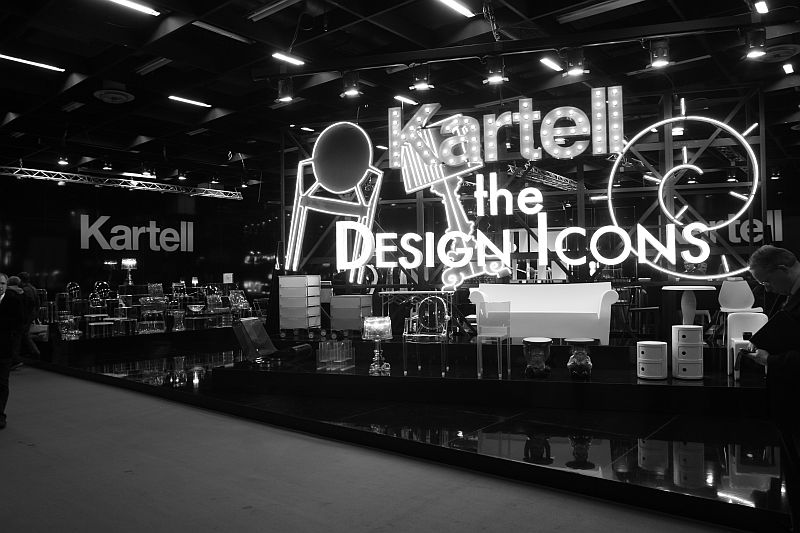 Kartell at IMM Cologne 2012. With a reduced version of the Milan 2011 show. Almost a historical artefact

We’ve noted a couple of times in the past just how uncritical the media has become of such events.

Ahead of IMM much was made of the number of Italian producers showing in Cologne. And most of the press picked up on this “positive development”

The Frankfurter Allgemeine Zeitung1 even going so far as to claim, “And for all the global tone setting producers from beyond the Alps are the yardstick if a fair is doing well and is being well received”

Global tone setting Italians as a yardstick! Is it still 1982? Have we dreamt the last three decades?

Italy does have a special place in the story of European furniture and there are a great many wonderful and high-quality Italian producers.

High quality furniture can also come from other countries.

And while it is justifiable that the IMM press department set up the smoke screen of “We’ve loads of Italians, hurrah!” to disquise the fact that a great many quality producers from Germany, Switzerland, Holland, France, Belgium, Denmark or America aren’t present.

Not least because it does the whole industry a disservice and hinders the positive developments that would come from a complete overhaul of IMM and Cologne Furniture Week.

We spent about 20 minutes watching the IMM Snow Globe. And the longer we watched the more certain we became that change is coming. And as we say IMM still have the chance to decide how that change happens.

We hope they take that chance. For if they don’t then in a couple of years we could all be quoting OMD.

“It shouldn’t ever have to end this way”