Organised by the Working Group for Young Architects within the German Architects Association “Aus allen Richtungen” presents not only the views of 30 young German architects on the role of architecture in contemporary society but also reflections on their own experiences. 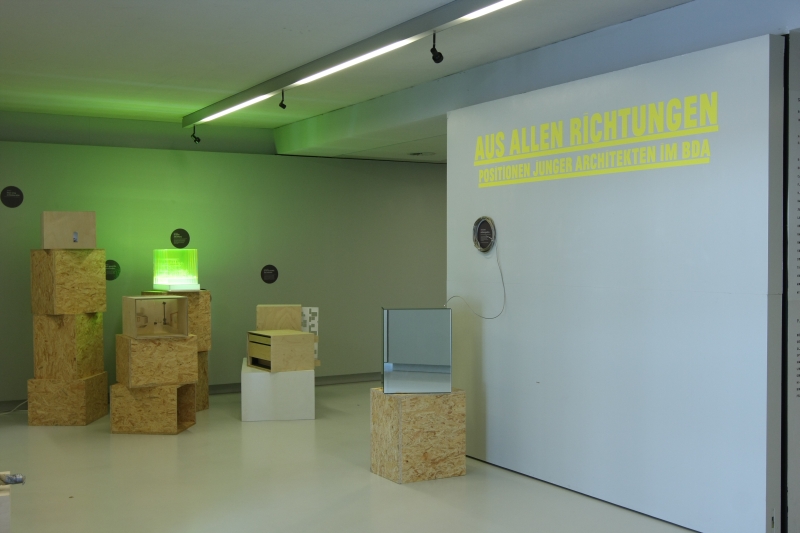 For the exhibition each architect was given a circa A3 sized box as a window on their personal views.

Some have filled the boxes with small installations, others have decorated only the outside, and still others have completely transformed the form and/or the function of the original box.

The result may appear at first glance to be more of an art exhibition than an architecture exhibition; however, take your time to read the short accompanying texts and to study the boxes and the true meaning will soon become clear.

In addition to the boxes an accompanying book has been published which tackles some of the issues raised in more detail.

“Aus allen Richtungen” doesn’t provide definite proof that such is genuinely the case; it does however beautifully demonstrate that for architects it is not only what they do that is important to them, but much more how they do it, with whom they do it and what they can contribute to society through what they do.

Which is a strong indication that Professor Rudolf wasn’t far off the mark.

Below a couple of impressions, a larger, more comprehensive, gallery can be found at www.facebook.com/Smow.Stuttgart 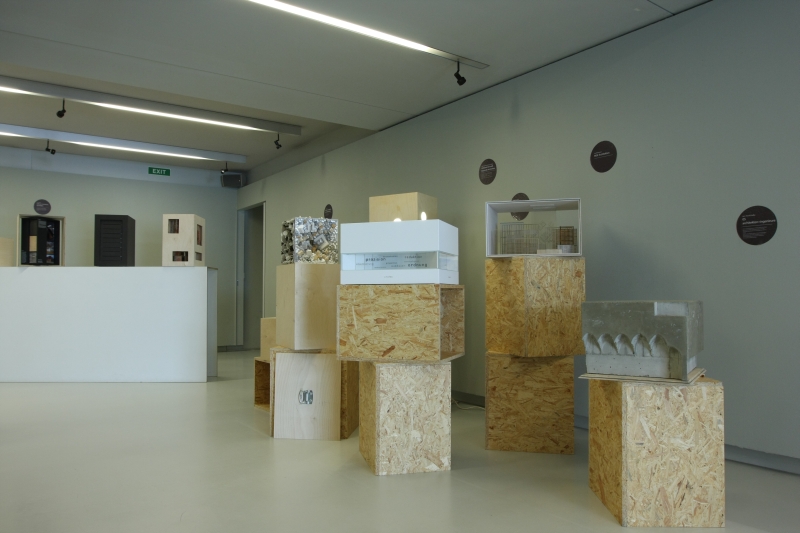 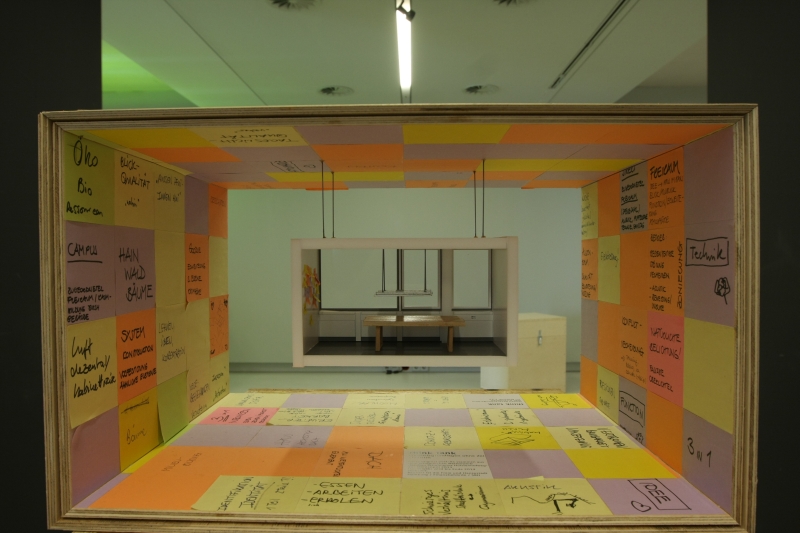 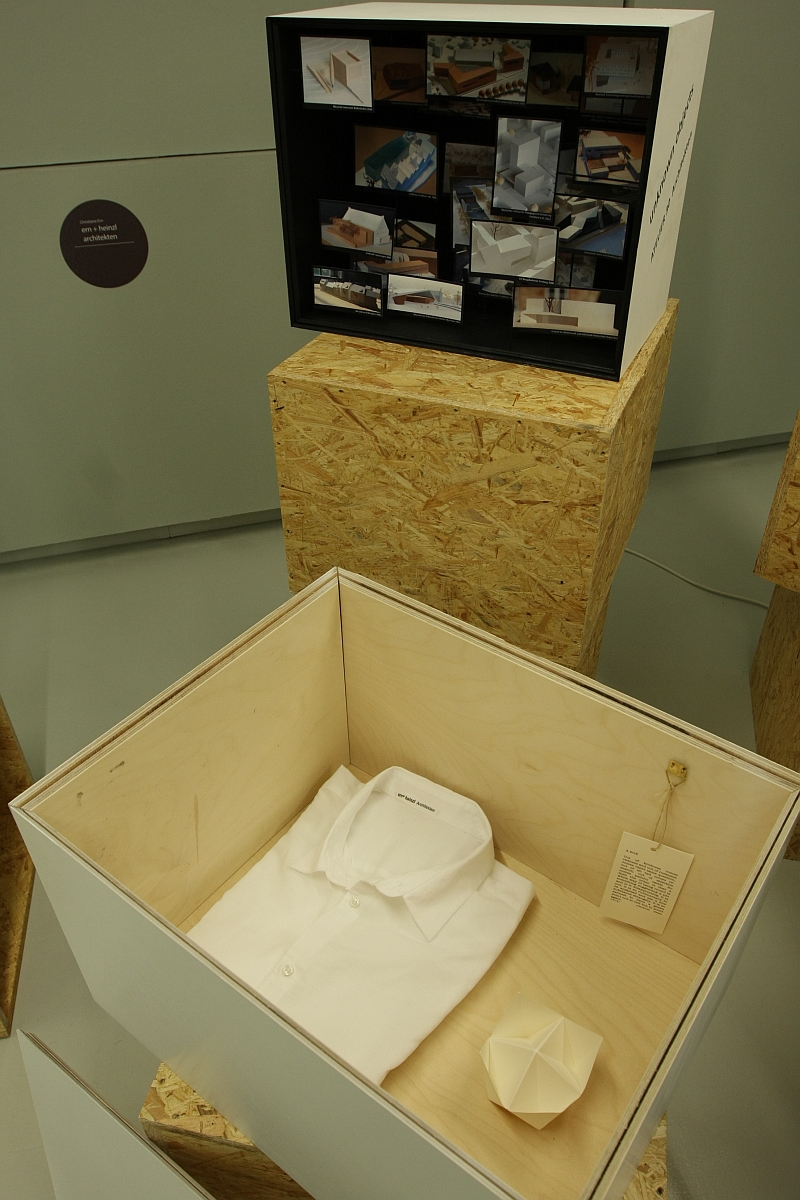 The contributions from Ern+ Heinzl Architekten and Atelier 30 Architekten