In numerous mythologies heroes are whisked through space and time on a magic carpet.

The carpet project that took Alexander Seifried to Afghanistan may or may not have been magic, but it has treated us to one of the most unique, and hardest to ignore, moments at IMM Cologne.

The full story is a little long for a compact blog post; however, in brief, researching carpets Alexander Seifried came across North Afghani yurt designs and was suitably inspired to develop his own yurt, the Kargah Tent.

Although we can’t for a minute imagine it will ever enter series production; as an irregular, custom built, one-off piece for some sickeningly trendy Berlin start up, a hotel, airport or bishop’s residence…..why not?

But perhaps most importantly the Kargah Tent provides the perfect background for Richard Lampert to present the new additions to his collection, including the Tom Pouf and Tom Island developed by Alexander Seifried from his 2013 Little Tom and Fat Tom stools, Milla Extended, developed by Alexander Seifried from Otto Sudrow‘s 1990 High Desk Milla, and Frame a reinterpretation, or re-quoting if you prefer, of Egon Eiermann‘s 1932 shelving system into a free standing room divider, with requisite storage box attachments. Once again Alexander Seifried was responsible for the re-quoting. And in our opinion has found a wonderful solution, and elegantly disproved the old adage that you can’t teach an old dog new tricks.

In design you can.

A few impression from Richard Lampert at IMM Cologne 2014. 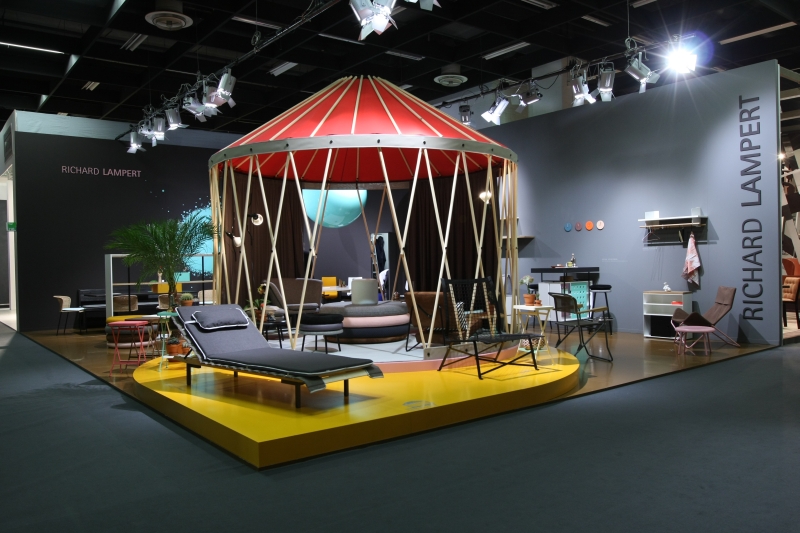 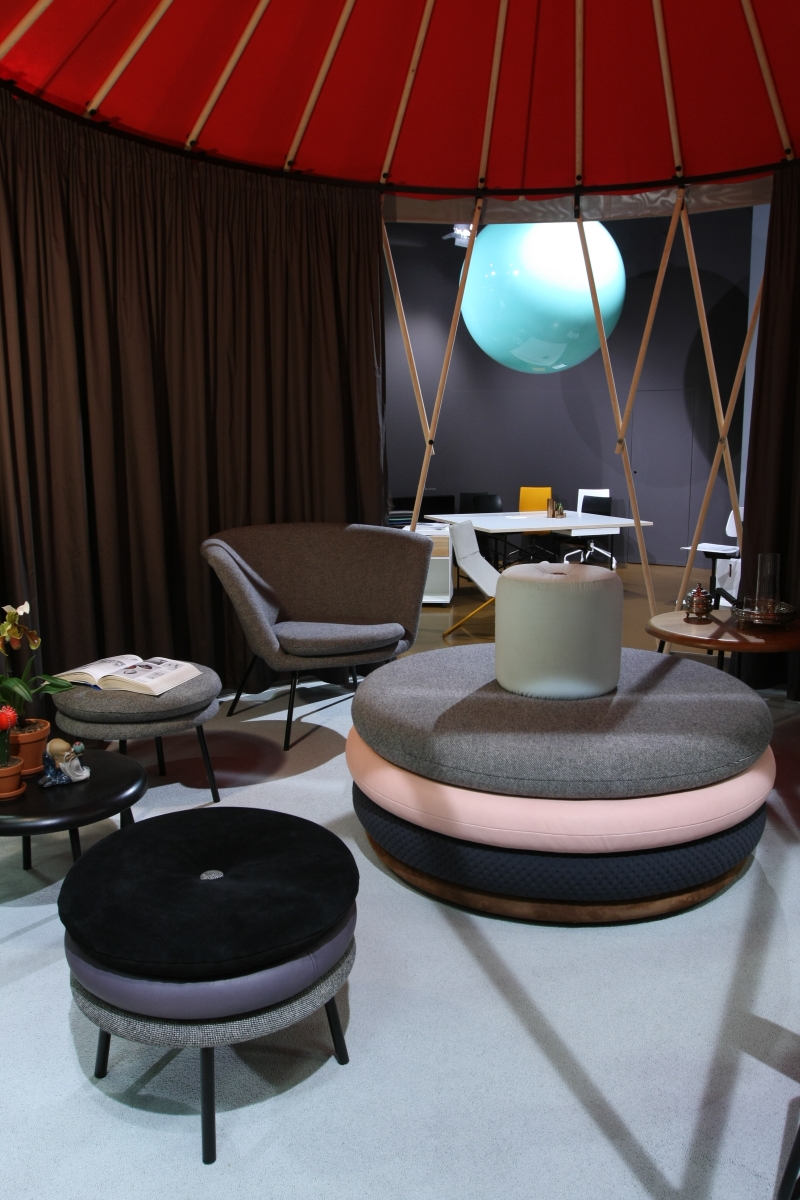 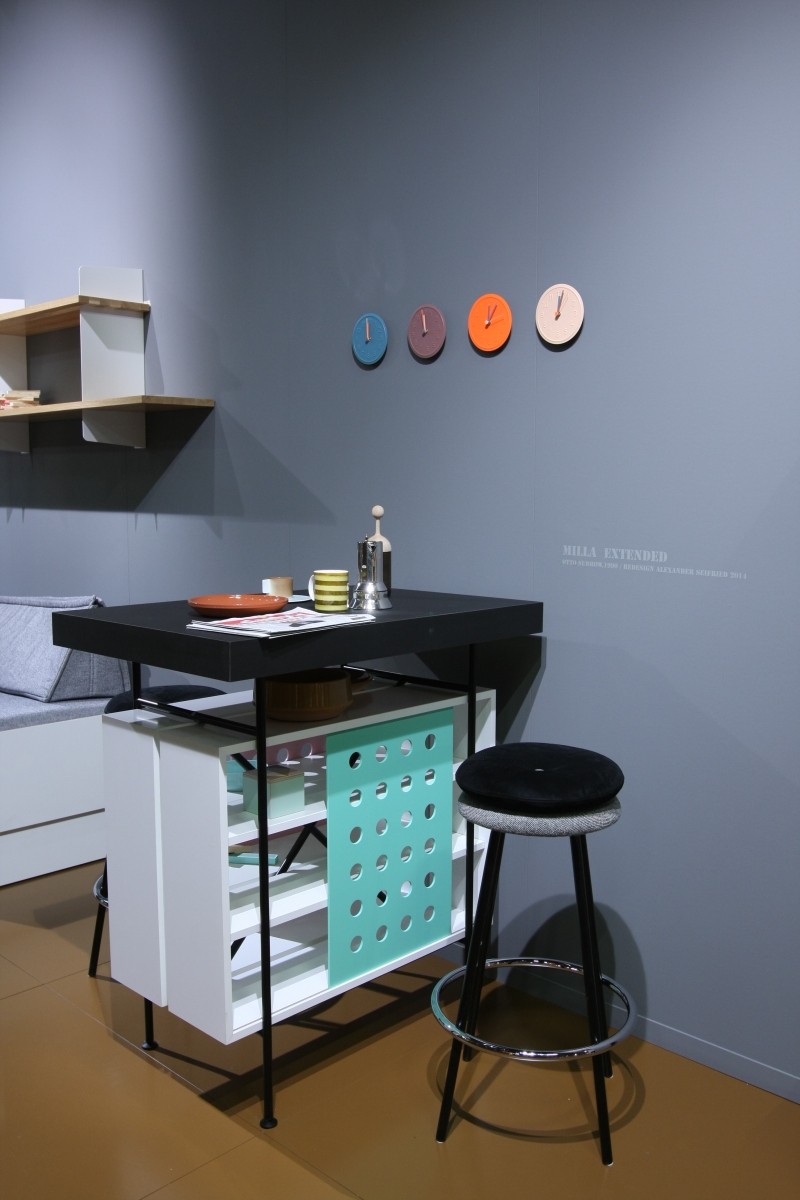 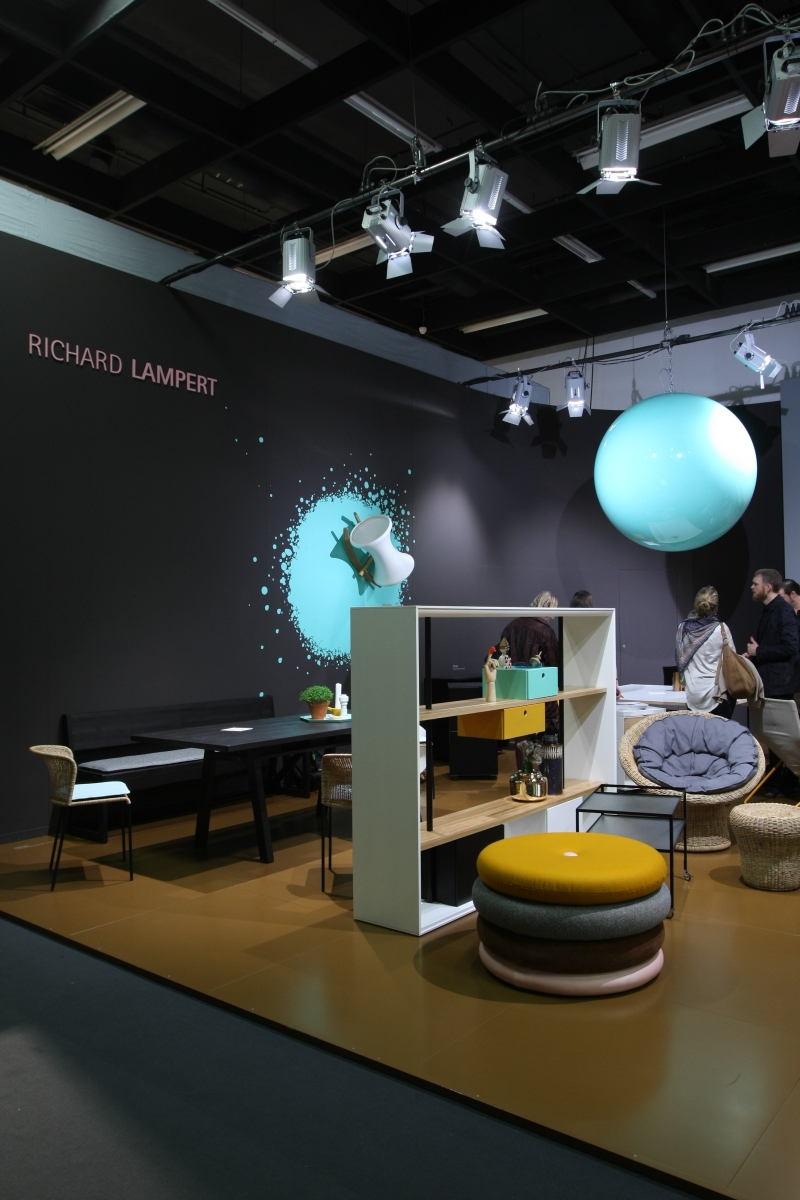