Many people, if not peoples, could currently be forgiven for reacting somewhat sceptically to the notion of a “Happy Future”.

With their exhibition “Happy Future” Dutch design collective Dutch Invertuals take on this scepticism and aim to show that the basic ingredients for such are there; we just need to identify and use them correctly.

Established in 2009 Dutch Invertuals is a loose collective of designers, largely but not exclusively with a Design Academy Eindhoven background, who cooperate on an annual themed exhibition. Not only is the preparation and organisation of the exhibition a collective effort but also all projects are discussed and debated within the community. The result is invariably a exhibition that allows each designer the freedom to explore the brief as they see fit, while maintaining the cohesion that is necessary to make such an exhibition worth viewing.

Happy Futures is in that sense a classic Dutch Invertuals exhibition.

Some projects deal very directly with the future as, for example, the NewspaperWood project by Mieke Meijer. First developed in 2003 NewspaperWood is, as the name implies, a synthetic wood made from old newspaper. Paradoxically. Together with the Dutch label Vij5 Mieke developed numerous pieces of furniture and other products from her NewspaperWood, and in Milan is now presenting the latest development: fine “veneers” of NewspaperWood that can be moulded like plywood. A development that opens up a whole new vista for the material. A new future, as it were.

A further example of an obvious link to the future is the Mono-lights project by Peet and Sophie Mensen aka OS ∆ OOS. Taking their inspiration from nature OS ∆ OOS have created a lighting object that extends fluorescent light tubes into a pliable, mountable product in its own right and one that has the flexibility to allow it to be utilised in numerous situations. And then utilised elsewhere if need be. In addition the fluorescent tubes contain the latest in LED technology, thus allowing for an object that is not only fit for the future in terms of its (multi)functionality but also its resource responsibility.

Others projects approach the future more abstractly such as Clips by design studio Daphna Laurens, a product that, in a way, never should have been. It started as an abstract exploration of forms, the creation of 60 “imagination tools” and was intended to remain as such, as a sort of inspiration source for Daphna and Laurens. But then came the thought that one could, maybe also create something based on the forms. And that something was range of paper clips. No one is seriously arguing paper clips are the future, but the exploration of new forms has already led to the paper clips. Where could it also lead?

Foam & Glass by Roos Gomperts addresses the unmistakable fact that a healthy, safe, peaceful future requires a better balance between varying factions. In this case Foam and Glass combined in a majestic series of objects. And in the wider world………………………………?

Then there are those more conceptual projects that no good Dutch Invertuals show exhibition should be without. With their Feeds per minute project Raw Color not only allow one to filter out either the good news or the bad news from a personalised news stream, but to the save the virtual news stream in an analogue form that can be revisited virtually as required. Archiving the digital world as it were, and of course a theme also discussed in the exhibition Okolo Offline at Depot Basel. Design studio Edhv meanwhile explore the relationship between physical and virtual worlds through the analogy of roots. And of 3D printing root structures developed from digital interpretations of physical processes. Essentially an exploration of natural algorithms the research opens up new possibilities for individualised production of otherwise standard products.

Finally, and while accepting that Dutch Invertuals is no beauty pageant, the project that most tickled us was CaCO3 – Stoneware by Thomas Vailly and Laura Lynn Jansen. Essentially taking the natural phenomenon of stalactite/stalagmite formation as the basis for a production process Thomas and Laura have not only created new production possibilities, but  the most delightful objects.

Some of the projects being presented in Milan will no doubt end up as much sought after gallery pieces, others will lead to adaptations for use in areas other than those they are currently being applied in. Yet others will, inevitably, run into the sand. And one or the other will lead to real products . Of that we are certain. But a commercial product is not the ultimate aim of the work any of the designers are doing. All the projects are about exploring within their own niche, investigating what is possible and seeing where the journey leads.

And as we all know, or should know, if designers do that conscientiously and with the necessary mix of inspiration and perspiration, we can all look forward to a Happy Future.

Dutch Invertuals – Happy Future can be viewed at Via Pastrengo 12, 20159 Milan until Sunday April 13th

Full details can be found at www.dutchinvertuals.nl 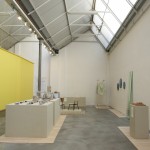 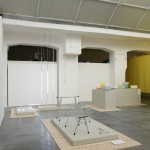 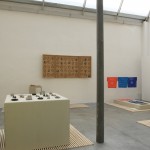 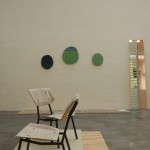 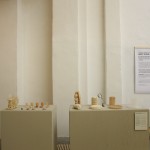 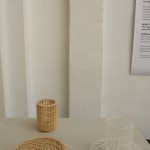 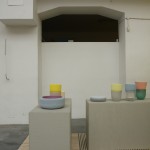 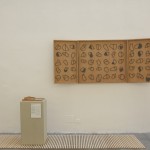 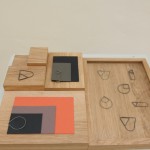 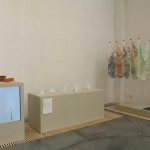 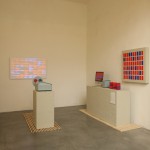 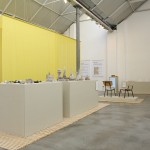 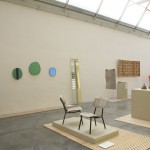