For a man who is universally lauded as one of the most important Danish designers of the 20th century, there is an inexplicable scarcity of reliable, independent information on Poul Henningsen.

At least in languages other than Danish. Even the British Library in London, the self proclaimed keeper of the “world’s knowledge”, can only offer a couple of non-Danish language texts.

Library shelves around the globe however buckle under the weight of Danish language works by and about Poul Henningsen: for while outwith Denmark Henningsen is popularly known for a lamp named after an unpopular vegetable, in his native Denmark he has an altogether different status. 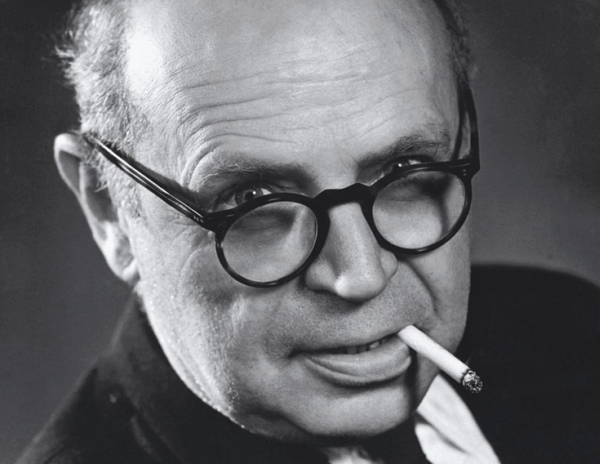 Born in Ordrup near Copenhagen on September 9th 1894 Poul Henningsen initially began an apprenticeship as a stonemason before quitting to study architecture at first the Technical School Frederiksberg and subsequently Copenhagen Technical College. Leaving both without graduating.

Undeterred by his lack of formal qualifications Poul Henningsen established his own studio in 1919 and began his research into lighting design. The principle motivation for Henningsen was those newfangled electric light bulbs, their harsh, unfamiliar, luminescence and the need to create lamps which not only controlled the glare but did so in away that was aesthetic, economic and hygienic; for Poul Henningsen lighting design was not just a technical question but also a “cultural task.”1

Following a little over five years of scientific research on light distribution, heat transfer and refraction a prototype of the future PH Lamp with its characteristic three concentric shades won a Gold Medal at the 1925 Paris Exposition, in 1926 the first genre re-defining PH Lamps were produced as part of a commission for the new Forum Centre in Copenhagen, by 1929 Louis Poulsen were distributing the table, hanging and wall versions of the PH Lamp in four continents, in 1930 Mies van der Rohe used them in his Villa Tugendhat in Brno….. and in the intervening eight decades the PH Lamp has gone on to become one of the best known and most copied of all lighting designs.

In the course of his career Poul Henningsen developed some 100 light designs for Louis Poulsen, in addition to the original PH Lamp the most famous examples being without question the PH 5, PH Snowball, PH Charlottenborg and of course the PH Kogle – the Artichoke Lamp. 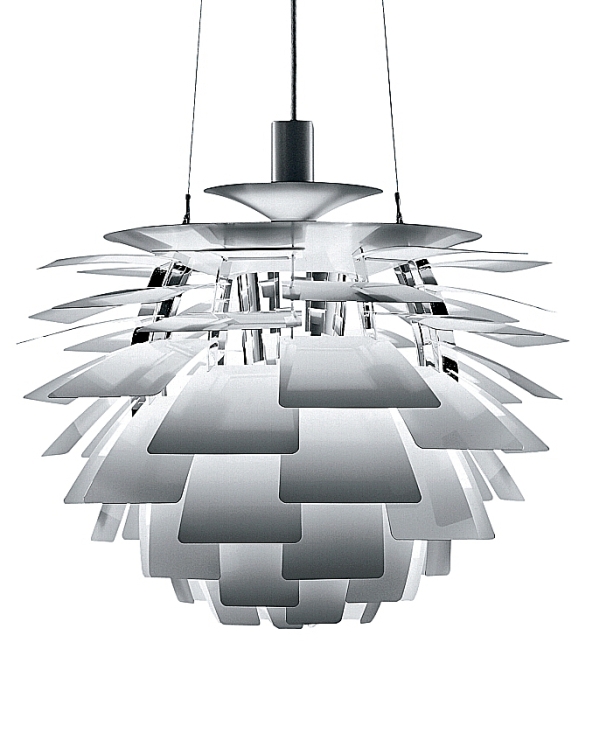 In addition to bringing him global fame the PH Lamp also brought Poul Henningsen the financial freedom to pursue his other great passion: the written word, be that as poet, journalist, songsmith, cultural critic or social commentator.

In 1921 Henningsen began writing for the Danish daily newspaper Politiken, including serving as the publication’s first architecture critic, before in 1926 he co-founded the magazine Kritisk Revy – Critical Review – which published articles on culture, architecture, art and design and which in addition to Henningsen himself included contributions from the likes of Uno Åhrén, Otto Linton or Otto Gelsted, in addition to a curious piece in 1928 on “Rational Cinema” construction by one Alvar Aalto.

Although Kritisk Revy only existed for two years it established Poul Henningsen as one of the principle cultural and social commentators of his generation, one who, in the words of Sven Rossel and Niels Ingwersen, “set out to expose snobbishness, prejudices, the galling desire “to fit in” and all that stood in the way of the human being’s sense of freedom and joy.”2 He was also a committed defender of equality be that in terms of social justice, political influence or gender parity, in which context he noted in 1963 that “it will not be sufficient to grant women access to all trades on equal terms with men. The fight for equality must take place on all fronts and there is still far to go, even though we here in Scandinavia may be further ahead than other places.”3

Thus it came to pass that one of Poul Henningsen’s finest moments came in the admittedly highly unlikely setting of the 1965 Eurovision Song Contest where Denmark were represented by Birgit Brüel and the song For din skyld.

There is something undeniably brilliant, as in deeply darkly elementally brilliant, in the way Birgit Brüel stands there, the very epitome of solid, stoic, almost heroic, Nordic beauty, her warm, feminine tones carefully forming every word with passion, longing, belief.
And while non-Danish speakers drift along, unwittingly, with an obviously heart felt ode to some great love – possibly a lost great love to judge by the change of mimic after the first minute – Danes find themselves confronted with a bitter sweet juxtaposition of visual and aural message, and an unmistakable piece of brutal social commentary;

For your sake I wear flowing skirts

For your sake I have to be conquered every time for your dream is to tame me, weak and shy

Every time I give, you’d rather take

But my dream is to love in friendship

I’m not your prey, but peer

And that at the Eurovision Song Contest!

The text borrows heavily from a monologue in Alexandre Dumas’ 1865 play “L’Ami des femmes” on the unsavoury nature of marriage, a monologue which perfectly correlates with Poul Henningsen’s views on the state of gender equality in 1960s Scandinavia.

And so there is more than a little irony, an irony which we believe Poul Henningsen would have greatly approved of, in the fact that in 1974 ABBA won Eurovision with a song whose message sits diametrically to Henningsen’s, which passively supports the Victorian status quo, yet which helped establish ABBA as the accepted face of liberal emancipated 1970s Scandinavian society.

The history book on the shelf not always repeating itself. Or at least not word for word.

Poul Henningsen we thank you for the PH 2/1, PH 3/2, PH 5, PH Louvre and of course we thank you for the Artichoke Lamp. We thank you for introducing Verner Panton to the black magic of lighting design and for your contribution to discussions on contemporary design. But above all we thank you for never getting lost in the mire of self-promotion that traps and trapped so many of your designer colleagues and for always being genuinely interested in society and trying to improve the world around you.

It’s a real shame only the Danes can read about you.

2. Sven H Rossel and Niels Ingwersen “Between the World Wars” in A History of Danish Literature, University of Nebraska Press, Lincoln, 1992

3. Ove Brusendorff  and Poul Henningsen, A history of eroticism. Volume 6. In our time, Stuart, New York 1967