At Bratislava Design Week 2014 Jakub Pollág and Václav Mlynář a.k.a. Studio deFORM re-premièred their Transmission light family; “re-premièred” because although initially created in 2012 for Prague based Kavalierglass, since earlier this year the lamp family have been part of the portfolio of another Czech glass manufacturer, Lasvit.

As with the mirrors created by deFORM for their Passionswege project with Rudolf Scheer & Söhne, the Transmission lamps have a scale and intensity that makes them impossible to ignore. Yet despite this brutal, uncompromising appearance the luminescence generated by the lamps – both the standing and hanging versions – is remarkably subtle, almost understated. Almost as if it isn’t there. Ethereal one could almost add. But certainly very pleasing.

And for us it is this contrast between expectation and result that makes the lamps so interesting.

And while admittedly not a lamp family for every room and every space, in the correct room and space the Transmission lamps are certainly a very interesting option. 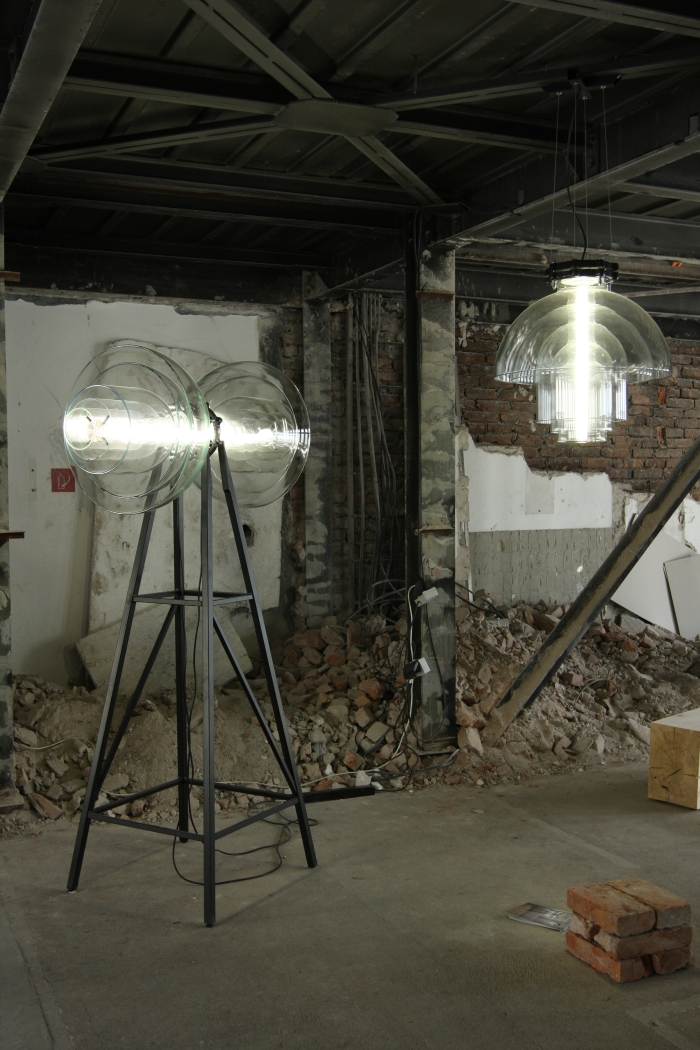 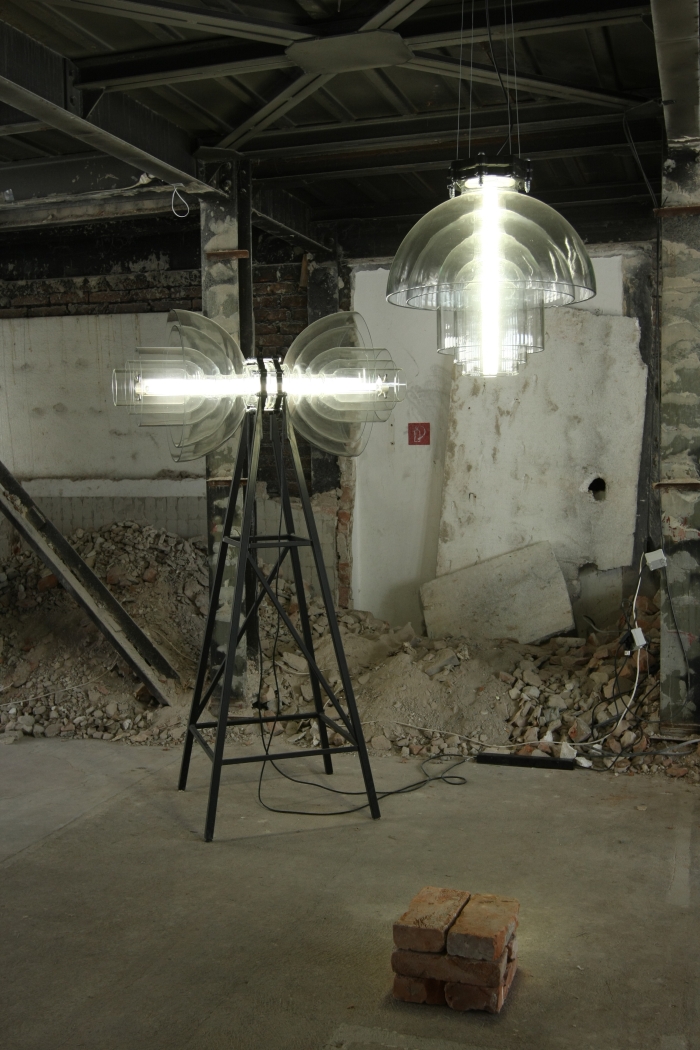