If not, introduced in 1980 the Roland TR-808 was one of the first programmable drum machines, was, as such, a major influence on the development of electronic music in the 1980s….. and is infamous for sounding absolutely nothing like real drums, far less real percussion.

Consequently, on account of its universally acknowledged auditory failings, the TR-808 was only produced for three years before being replaced by drum machines which sounded like drums.

We were greatly reminded of the story of the TR-808 on seeing the first publicity and press photos of Thonet’s new 808 lounge chair.

If we’re honest, we had our doubts.

Formally very reminiscent of a lot of Scandinavian lounge chairs of the late 50s and early 60s, we feared on viewing those first images that much like the TR-808 did everything a drum machine should do, just not very well, so to would the Thonet 808 physically resemble a lounge chair more than it functioned as one.

We shouldn’t have worried.

We really, really shouldn’t have.

Developed for Thonet by Bavarian design studio Formstelle a.k.a. Claudia Kleine and Jörg Kürschner the 808 lounge chair is not only a remarkably comfortable chair but has a much warmer, more personal, aura than the photos do justice.

Based around a rotation moulded thermoplastic shell the 808 cuts an impressively slight, svelte, figure while the angle at which the lugs have been set allow for a degree of perceived privacy without fully excluding the rest of the room. We suspect they also provide excellent head support should you fall asleep. 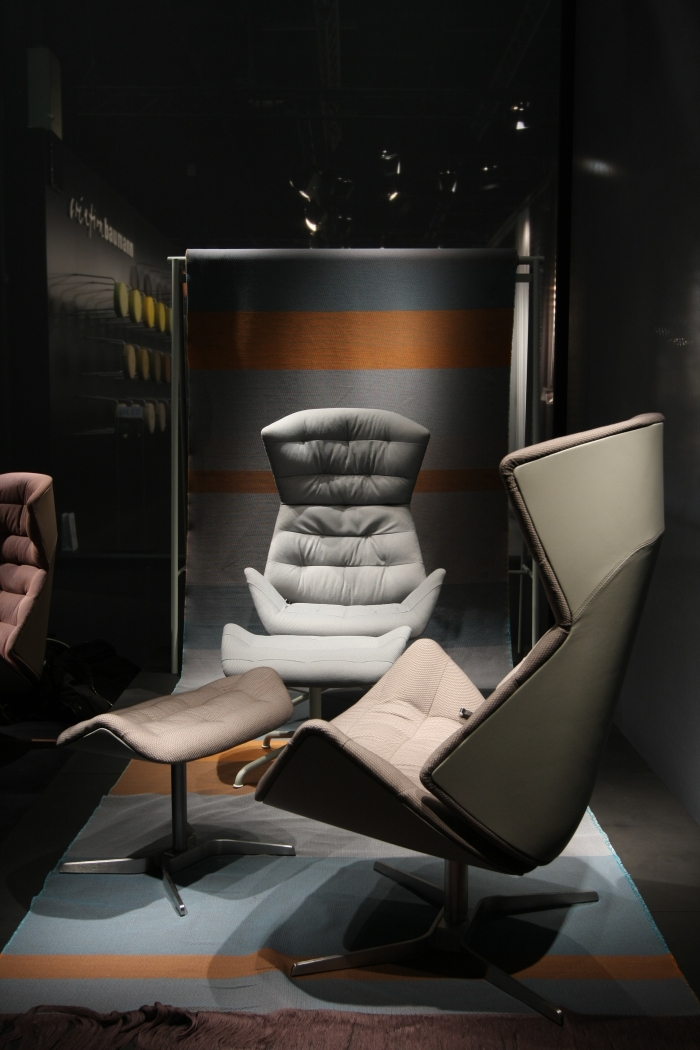 A delightfully constructed and intelligently formed object, the only disconcerting aspect for us was the leather toggle protruding from the seat.
We assumed it was some sort of ejector seat-style ripcord and so when a member of the Thonet Design Team suggested we try it out we were a little suspicious.

We know the mischievous sense of humour they have in Frankenberg.

However, you’re only young once. We are no longer, and so having nothing more to lose, we tried it.

The leather toggle activates the reclining mechanism, or better put the synchronisation mechanism – the seat raises slightly as the backrest tilts thus maintaining the sitting comfort.
It did admittedly take us a couple of goes to get the hang of the system, however once we mastered it we were very impressed, not only account of the smoothness of the action but also by the fact that through the toggle one has a reclining lounge chair with no unsightly levers, thus allowing for a much more harmonious aesthetic.

Perhaps just as interesting as the chair itself is the fact that it represents one part of an upholstered furniture collection that Thonet will be rolling out over the coming months.

As we all know Thonet do reduced down bentwood and reduced down bent steel tube furniture very well, and do soft furnishings less so. A state of affairs they are obviously very keen to change.

One could, possibly should, query in how far they have to move into the soft furnishings market, that they are doing so with a coordinated programme rather than individual products is however to be welcomed.
We’ve been promised four further products in Milan. We’ll keep you updated.

In addition to launching the 808 lounge chair Thonet also used IMM Cologne 2015 to present new ash versions of the classic 209, 214, 215 and 233 bentwood chairs – ash, in contrast to the traditional beech, has a more open, expressive surface and so can be used without the, generally, dark stains used on the beech versions, thus giving more prominence to the the natural beauty of the wood. As part of the Thonet “Pure Materials” collection the chairs are also now available with leather seat cushions.

A few impressions from the Thonet stand at IMM Cologne 2015: 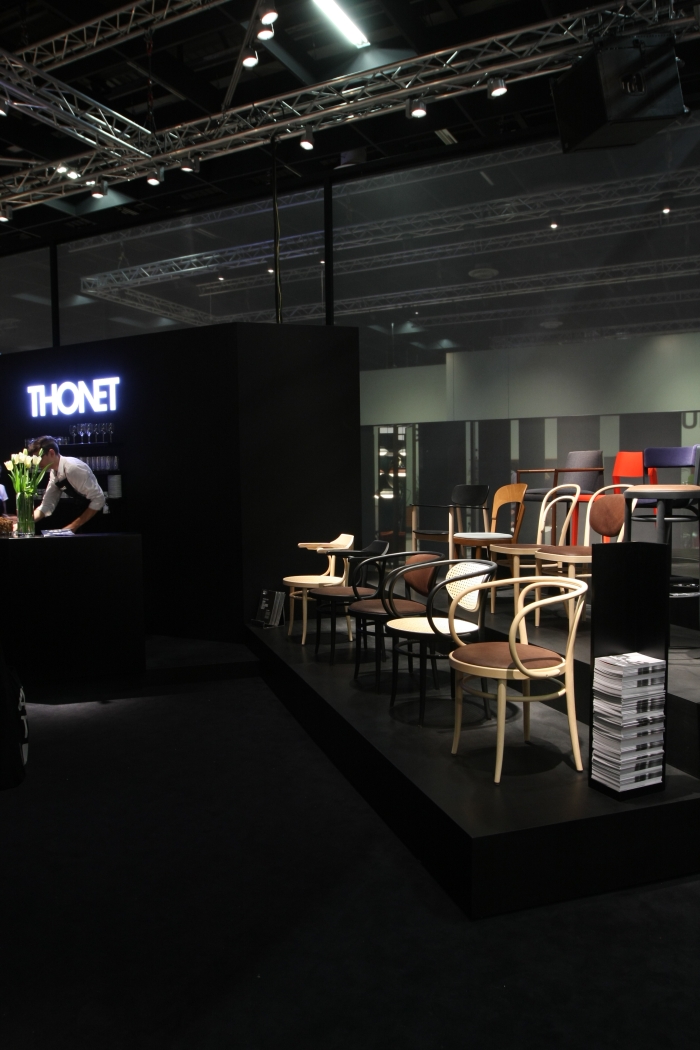 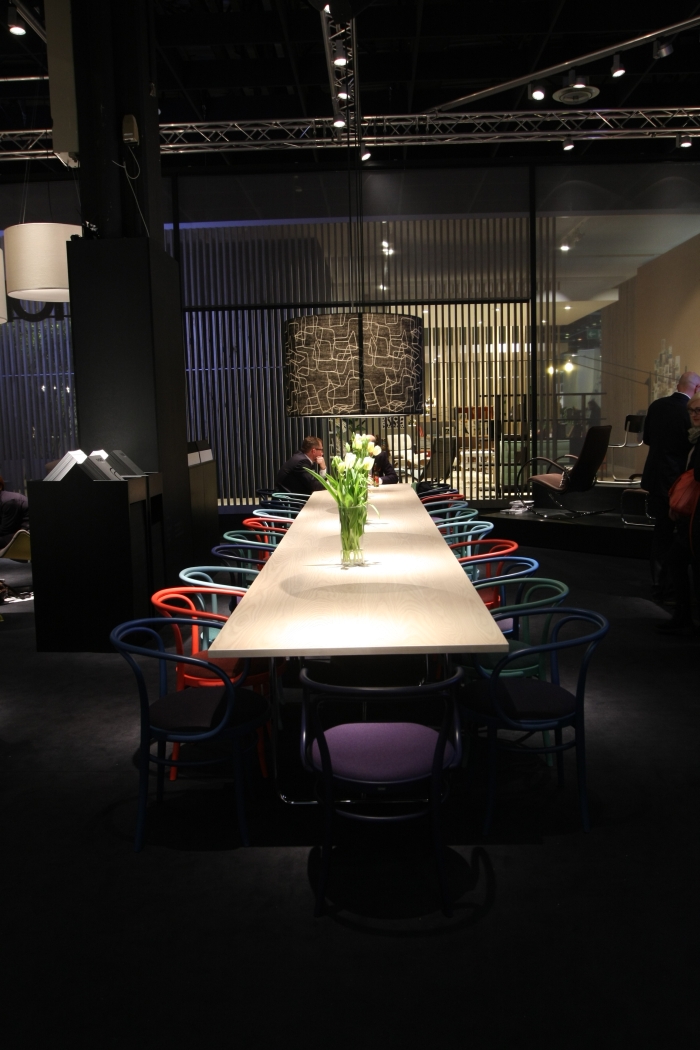