Our five recommendations for new design and architecture exhibitions opening in June 2016 feature four in Germany and one in Holland.
That’s not our fault.
That is the honest result of our open minded search through the programmes’ of numerous global architecture and design museums.
The following are for us the best five.
We know the decision is subjective.
But are sticking with our five.
And thereby accepting the suspicion that we have specially selected them on account of where they are being staged rather than on the exhibitions’, apparent, merits.

“PLANET B – 100 ideas for a new world” at the NRW-Forum, Düsseldorf, Germany

For us one of the main differences between art and design is that while art can highlight contemporary realities, can act as a social and cultural mirror, serve as a form of protest and suggest alternatives, it cannot instigate change on its own. It can only motivate individuals to instigate change. Design can do all of the above. And instigate change on its own. With their exhibition Planet B the NRW-Forum in Düsseldorf aim to explore contemporary social, cultural and economic realities and possible future alternatives, search as it were for a plan(et) B. In addition to a central exhibition in the NRW-Forum and a number of interventions throughout Düsseldorf a core feature of Planet B is the so-called “Research Station” in which a changing programme of international artists, researchers and designers will be given the opportunity to realise their visions and concepts; and thus an exhibition concept in which, presumably, the visitor will continually move between art and design. An experience which should help highlight the differences. And focus attention on the direction in which our society, economy and politics could/should develop. And that we all have a role to play in defining that direction.

PLANET B – 100 ideas for a new world opens at the NRW-Forum Düsseldorf, Ehrenhof 2, 40479 Düsseldorf on Thursday June 2nd and runs until Sunday August 21st

The built environment is of course not just what is there, but what isn’t there. Because what isn’t there, was once there, served a function, potentially also a specific social group and thus contributed to the community as a whole. Which isn’t to say that urban change shouldn’t occur, but that it should occur in a carefully considered and managed fashion. With the exhibition Stuttgart reißt sich ab – Stuttgart Demolishes Itself – the Architekturgalerie am Weissenhof promise to present examples of particularly valuable and interesting buildings that Stuttgart has lost in recent years and thus explore the question of what the city has lost in recent years. And by extrapolation what it has gained, other than new office buildings and shopping centres. And, and as a general rule, with such exhibitions, and what makes such exhibitions especially interesting: what is relevant for one city can be transposed to other cities thus making local knowledge globally available.

Stuttgart reißt sich ab at the Architekturgalerie am Weissenhof, Stuttgart

Although best known for his glass design work the Finnish artist and designer Tapio Wirkkala was arguably one of most multi-faceted and productive designers of his generation. Following his graduation from the Helsinki Central School of Arts and Crafts in 1936 Tapio Wirkkala initially worked as a commercial artist, before the war interrupted his career. Post-war Tapio Wirkkala’s career was kick-started with victory in a competition organised in 1946 by the renowned Iittala glass works, a firm with whom Tapio Wirkkala soon began cooperating and with whom he is unquestionably best associated. In addition Tapio Wirkkala worked with companies as varied as Rosenthal, Strömfors or Asko furniture. And designed the Finlandia vodka bottle. In addition to his product design work Tapio Wirkkala was also active as a sculptor, exhibition designer and graphic designer, in which context he created in 1955 a series of Finnish Markka banknotes, designs which remained in circulation until 1981. Focussing on Wirkkala’s glass and silver work between the 1940s and the 1970s Tapio Wirkkala. Finnish Design – Glass and Silver is curated by the Riihimaki glass museum and promises to present a concentrated, detailed, and relatively rare, insight into the life and work of one of Finland’s most important and influential creatives. 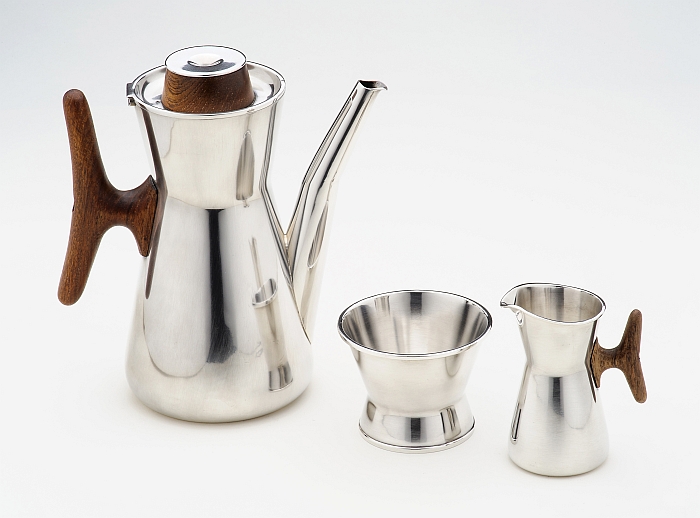 “CRAB: Peter Cook and Gavin Robotham…. and its Archigram antecedents” at the AIT-ArchitekturSalon, Hamburg, Germany

As co-founder of the London based architectural group Archigram, Peter Cook was a leading figure in the theoretical, Utopian, architecture movement of the 1960s; and through projects such as Plug-In City or Instant City helped move our understanding of architecture away from a focus on buildings per se and into the realms of social, cultural and political relationships. In 2004 Peter Cook curated the British Pavilion at the Venice Biennale, in context of which he cooperated with the young British architect Gavin Robotham. In 2006 the two founded CRAB Studio as a joint practice and through which they have developed projects in cities as varied as Bournemouth, Vienna or Madrid. Featuring a mix of 1960s utopia and contemporary buildings the AIT-ArchitekturSalon Hamburg promise a fulsome overview of Sir Peter Cook’s canon – and hopefully also an answer to question if a radical architect can grow old gracefully? 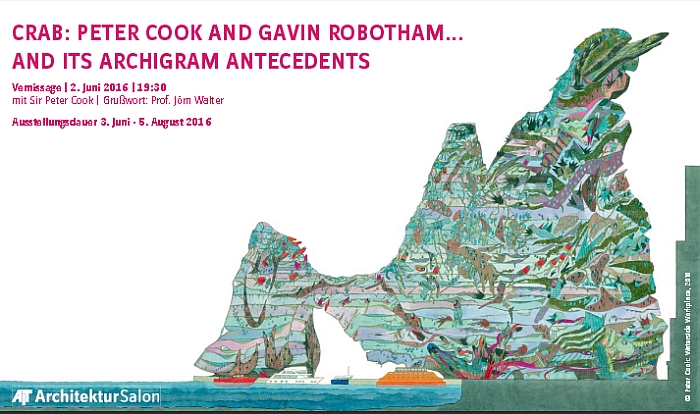 “Nacho Carbonell – On the Origin of Pieces” at the Stedelijk Museum, ’s-Hertogenbosch, Holland

We genuinely do not understand Eindhoven based, Valencia born designer Nacho Carbonell. To be fair it’s our fault. We have had more than enough opportunities to learn more about his aesthetic, his interpretation of functionality, his understanding of emotion, the permeability of his border between reality and imagination, his relationship to material. We haven’t. No reason. We just haven’t. On the Origin of Pieces at the Stedelijk Museum in ’s-Hertogenbosch would appear to offer an excellent opportunity to, finally, get to know the man and his work. And for all to understand his cocoon constructions, works which terrify us as much as they fascinate us. Why would you choose to cocoon yourself in something that appears more interested in devouring you than sheltering you? Why? Staged as part of the Bosch Grand Tour – a collaboration between seven museums in Holland’s Brabant region to celebrate the 500th anniversary of the death of the Dutch painter Hieronymus Bosch – On the Origin of Pieces is the first retrospective of Nacho Carbonell’s oeuvre and promises to explore the development of his work from his 2007 Design Academy Eindhoven graduation collection up to his most recent projects. And which as such promises a collection of works ranging from the conceptual to the practical, and from the accessible to the terrifying cocoons. Cocoons which of course may become less terrifying once you get to know them…….