“Architecture and Interiors. The desire for Style” at the Gemeentemuseum Den Haag, Netherlands

2017 marks the centenary of the Dutch avant-garde art and architecture movement De Stijl: an occasion for celebration and reflection throughout the Netherlands. And rightly so. Initiated by the painter and critic Theo van Doesburg and including the likes of Piet Mondrian, Gerrit T. Rietveld and J. J. P. Oud in its number, De Stijl sought to promote a new understanding of aesthetics, and thereby allow for new form languages and new “art”; their principle vehicle being the use of simple geometry and primary colours, if you will, the reduction and abstraction of our world as far as they could and thus removing all unnecessary distractions.

Focussing on four themes – transparency, colour, space, technical innovation – and presenting a selection of paintings, drawings, architectural models and furniture by De Stijl protagonists, Architecture and Interiors. The desire for Style aims to follow De Stijl back to its origins and thus not only illuminate how the movement arose and the contemporary society to which it was a reaction, but also that it was largely a continuation of existing ideas. And that perhaps is the most important aspect for us, the demystifying of the movement and the establishing of it as part of an evolutionary process. Albeit an ingenious, revolutionary, idealistic and enduringly fascinating part of that process.

In many respects the contemporary fascination with the selfie makes mirrors largely superfluous: everyone spending, as they do, every minute of every day reflecting themselves. Without ever reflecting why. With the exhibition SUR/FACE. Mirror the Museum Angewandte Kunst in Frankfurt promise an exploration both of the mirror as an object, from its origin as a rare luxury to its current ubiquity, and also how pure and applied artists as varied as Ettore Sottsass, Andy Warhol or Heimo Zobernig employ mirrors in more abstract, critical, contexts, and thus an exploration of the mirror as something both tangible and theoretical. Or perhaps better put, the mirror as the border between the tangible and the theoretical. The mirror as both reflection and reflective. 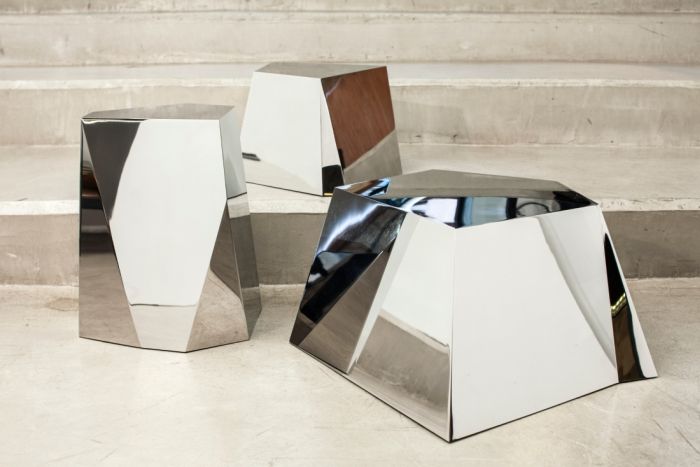 One of America’s most celebrated architects and designers, Frank Lloyd Wright is also one of the nation’s most controversial. Undisputed however is both his productiveness and his influence. From his early days in late 19th century Chicago where he learned his trade in the office of Dankmar Adler & Louis H Sullivan, over his Prairie Houses of the early 20th century and on to his organic modernist works of the post War decades, as perhaps most popularly represented by the Fallingwater House in Mill Run, Pennsylvania or the Guggenheim Museum, New York, Frank Lloyd Wright played an important role in American architecture for seven decades. In addition come his innumerate urban planning concepts and his product and industrial design projects.

To celebrate his 150th birthday the Museum of Modern Art, MoMA, New York aren’t so much letting Frank Lloyd Wright unpack some presents, but unpacking one for those keen to learn more about the man and his canon. Promising some 450 items from across Frank Lloyd Wright’s career the MoMA aim to present an exhibition which allows for a critical assessment of Frank Lloyd Wright. And thus an exploration of in how far the celebration and controversy are justified. 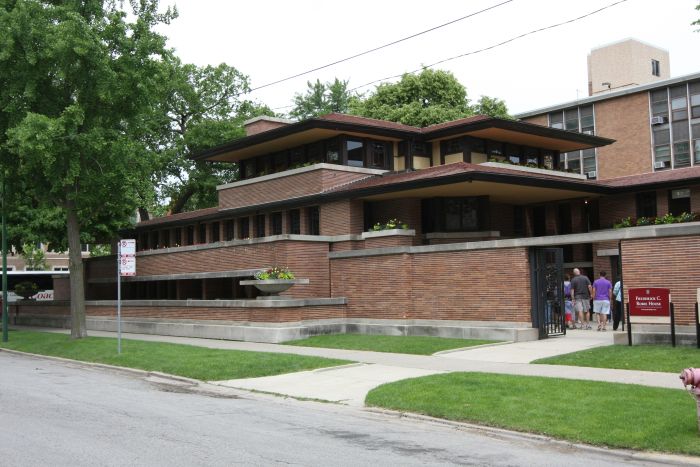 The development by Karl von Drais of his Laufmaschine – the Dandy Horse or Draisienne – in 1817 marks the start of the development of the contemporary bicycle. With the exhibition BIKES! Reinventing the bicycle the Grassi Museum Leipzig have chosen to ignore the longer historical perspective – always an interesting decision for a museum – and instead are focussing on contemporary bicycles. Promising an exhibition of some 60 bike designs developed in the past 15 years, BIKES! aims to present contemporary bicycle design both in context of materials, production processes and technology, but also as a response to changing social conditions, for all those to be found in contemporary cities. And thus underscoring museums’ roles as locations of contemporary discourse as much as historic collections.

Through a mix of ignorance and prejudice it can be all too easy to underplay the role of Belgium in the development of contemporary design thinking. Far too easy. We’re guessing most of you do it everyday.

With the exhibition Panorama. A History of Modern Design in Belgium, the ADAM art and design museum hope to tackle such ignorance and prejudice. Focussing on the period from the late 19th century until the 1980s, and thus a period which saw a move from Art Nouveau, over Art Deco, Functionalism, Pop and on to Post-Modernism, the exhibition aims to explore both the development of Belgian design and also the relationship of design in Belgium to the cultural, political and economic development of Belgium. A key ingredient of the exhibition promises to be the role and legacy of the 1958 Brussels Expo, the first World’s Fair after the second world war, one staged very much against the backdrop of the fledgling technological revolution that continues apace today, and an event which gave Brussels, and us all, the Atomium, as an ode to the passage from our industrial past to our glorious nuclear future. For obvious reasons we prefer to interpret the Atomium as predicating our contemporary networked society…… 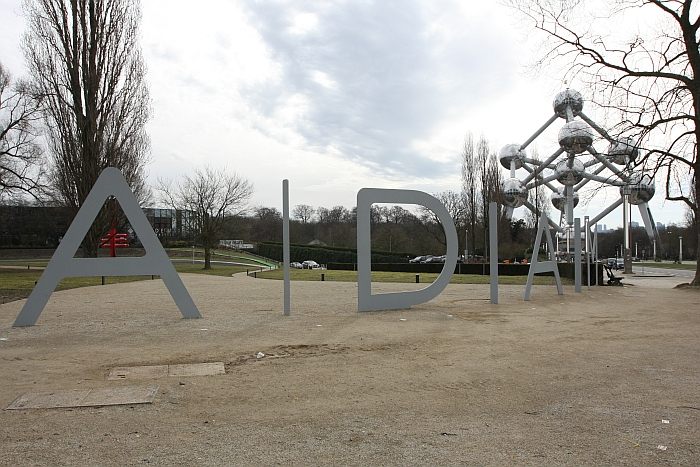