Until Sunday June 4th state of Design, Berlin 2017 is presenting projects from over 80 international creatives, supported by films, lectures and workshops, in the Vollgutlager in Berlin-Neukölln.

Viewing the 2017 edition it occurred to us there is a lot of charming ambiguity about the name state of Design, Berlin……. 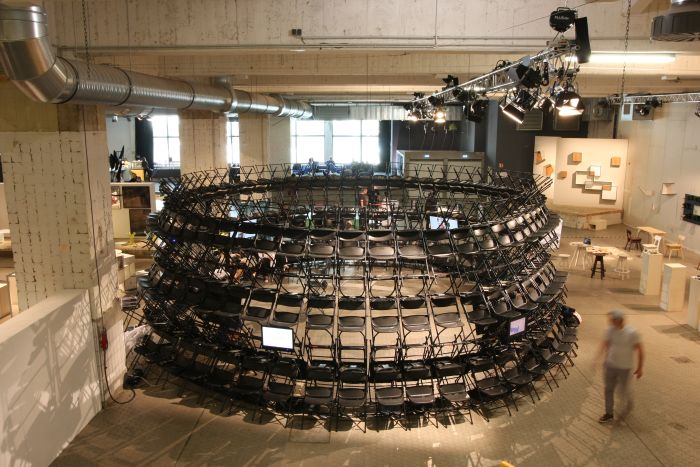 Folding Chair Arena by students from the Inside interior architecture masters course at the Royal Academy of Art The Hague. The main discussion forum at state of Design Berlin 2017

The breadth and depth of the term “design” is evolving, something which although in itself is no bad thing, can, does, lead to unhelpful, distracting, understandings of the term design. Be that as verb or noun.

And for us a state of affairs perfectly illustrated by the clothes being exhibited at state of Design, Berlin 2017. Anyone who has ever spent any time in our company will be well aware that for us fashion isn’t design. Sorry, it isn’t. Which is in no way to detract from the creativity, skill and professionalism of those who find success in the fashion industry. Nor from the quality of the works, in which we are sure many visitors will be most enamoured.

But it isn’t design. Or at least not according to our definition.

Design must respond in a proactive manner to evolving cultural, social, economic, political and technological realities in such a way that it finds viable, sustainable, affordable solutions, solutions better than those which already exist. Not just create, but add to our understanding. Yes, which means that one could argue that developing short trousers to wear on warm days is design. But then changing the colour or silhouette isn’t. Just as it isn’t design when a furniture company launch a new colour palette for an existing sofa collection. It’s a new colour palette. Regardless how big the company are.

We’re not saying our definition is right. Far from it. It is just our contribution to what we see as a very necessary discussion around the term design, and for all the need for a firming of the design term; not least against the contemporary background of increasing design research, interest in craft processes and the whole complexity of social design. Not to mention the development of abstract subjects such as “food design” and the ever increasing number of new “design” brands, popping up on the market.

For us the diversity and variety of the state of Design, Berlin 2017 programme presents an excellent platform not only for such discussions around “design”, but also space to quietly consider your own opinion.

It isn’t something that is particularly in the forefront of the festival, more nestling in the shadows; however, through engaging with the projects, you start to question what is design, what is craft, what is art, what is commercial lifestyle tat, what is well meant, but wrong……….

Questions you can pose, because all is there on display. 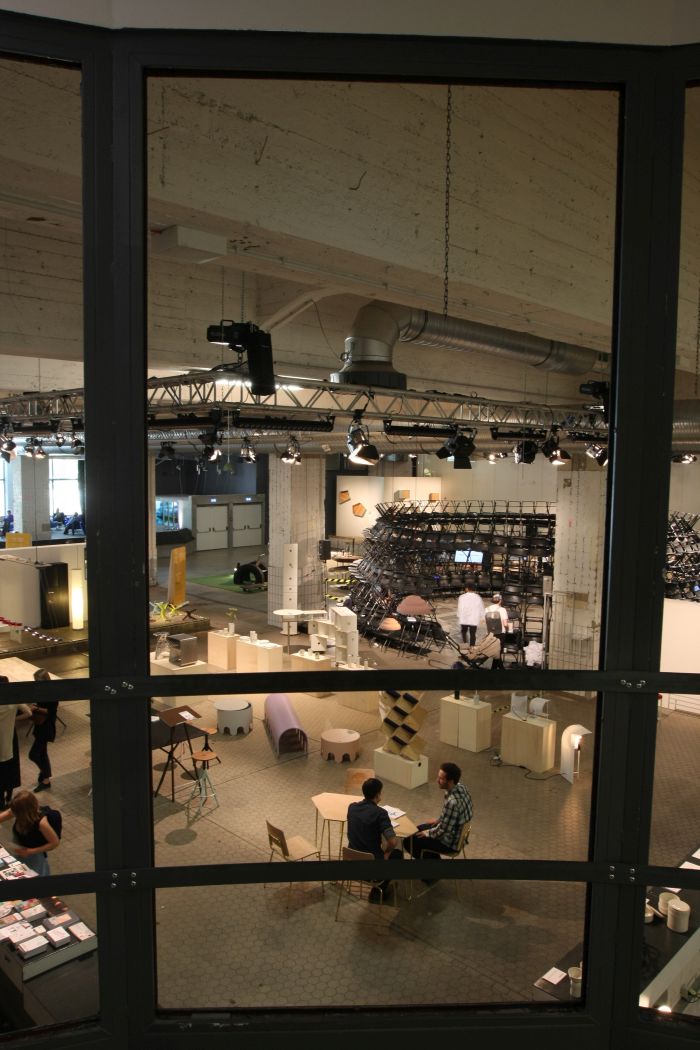 state of Design Berlin 2017…. a window on global design

The geographical reference in the festival title leads one naturally to ask: what is the current state of design in Berlin?

A question state of Design, Berlin can’t directly answer, and doesn’t aim to, it doesn’t set out to be a Berlin design festival. The Berlin in the title being less a focus and much more the experimental and critical design tradition it aims to tap into and utilise to help promote a global dialogue around contemporary design. Berlin as location and inspiration rather than priority.

Which isn’t to say Berlin design isn’t represented. It is. Very much so. And most elegantly and that. If not quite at a level, and for all a diversity we’d have hoped for. For all the general absence of the regional design schools from Berlin and Potsdam is as irritating as it is regrettable. The only representatives being the Love School project undertaken by Universität der Künste, UdK, Berlin students in cooperation with school children in Nairobi, Kenya.

And thus a project which nicely underscores state of Design’s understanding of the networked, cooperative, explorative, participative nature of contemporary design. In many respects a Berlin understanding, and one further underscored by the Nieuwe Global Gestaltung platform, by the presentation of international social design projects, by the films to be shown, discussion held and workshops undertaken.

Consequently, placing the geographical emphasis on Berlin is a mistake: the state in question is very much that of Design.

A shift of emphasis which also opens up the deliciously alluring possibility of staging the event elsewhere, for example as satellites which utilise alternative design traditions to approach new answers. To further enrich the dialogue.

But first of all the festival has to establish itself in Berlin. Never the easiest of undertakings. 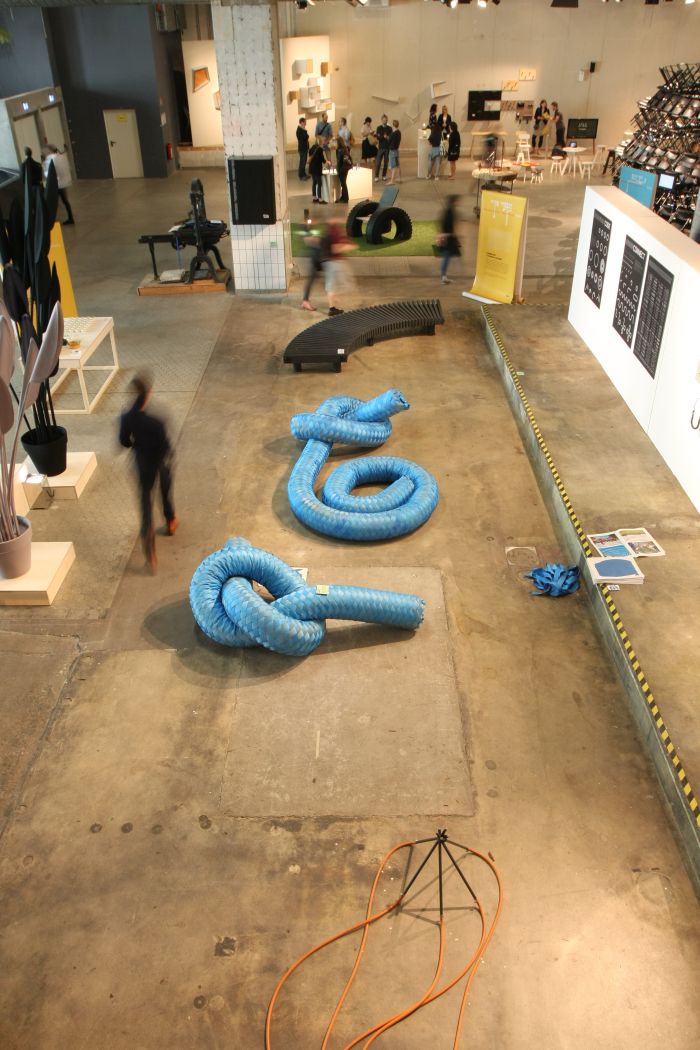 Connecties, the Flemish platform at state of Design Berlin 2017

state of state of design Berlin

Being a design event in Berlin it goes without saying that state of Design is run on a very tight budget; is in effect self-financed by event directors Alexandra Klatt & Max Borka, the income, and hope of at least break even, coming alone from the participants fees, ticket sales and, new for 2017, the state of Design shop.

Whereas however other design events in Berlin traditionally found themselves largely left to their own devices by the ambivalence of the Berlin regional government, for Max and Alexandra it is a deliberate decision; a decision bourne of experience and what Max refers to as stubbornness, but which were going to re-word as conviction.

For the first edition in 2016 a sponsor was signed-up, and who pulled out at the last minute, leaving an exhibition concept which was barely manageable with the suddenly, and significantly, reduced resources. That experience, coupled with an intimate understanding of the history of design events in Berlin, led Max and Alexandra to decide it would be far better to establish an event that was able to support itself as a self-funding festival, and then once a foundation was laid, eventually, potentially, look for financial support with which to build.

And although we still feel that secured external funding would be the better way to move forward, we very much approve of the events independence.

The “design week” has become a central component of any self respecting contemporary metropolis’s city marking strategy tool box: you need a film festival, a marathon, some form of music festival, be that pop or classic, you need a star artist to create a high-profile installation, Christo is always good, or getting Spencer Tunick to photograph thousands of people naked, and a design festival. The inevitable reality of “design as marketing” however is that the vast majority of such events are devoid of anything even vaguely approaching content. The most distressing being those which turn out to be mainly typography.

Against such a background there is therefore something very appealing about a design festival deliberately existing outwith the city’s marketing portfolio. Not least because without the need to “represent”, the festival can concentrate fully on the necessary discussion and dialogue around design, on firming up the state of {dɪˈzaɪn}

A discussion and dialogue to which we’d encourage yous all to contribute. 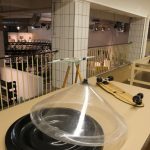 Watercone by Stephan Augustin, a social design project which found no backers. And so he returned to designing skateboards….. The evolution of the Little Sun project by Olafur Eliasson……. 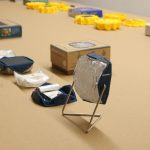 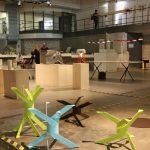 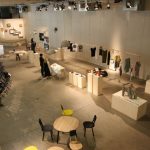 At the intersection, design from Estonia and Lithuania, as seen at state of Design Berlin 2017 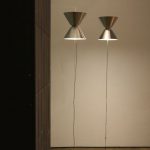 Aureole by Daniel Becker. Shines both upwards and downwards, moving the bod up and down the wire adjust the intensity 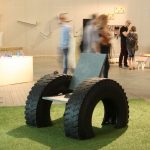 Tractor by Bart Spillemaeckers, as seen at state of Design Berlin 2017 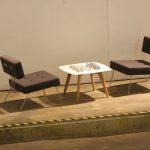 Aina lounge chair by Son of Nils, as seen at state of Design Berlin 2017 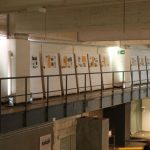 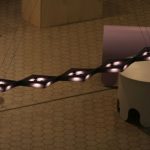 xmoove by Klaus Liese for licht3, a 3d printed lamp…. 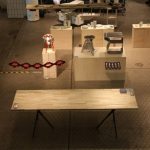 .. and which nicely concertinas, to thus affect the illumination 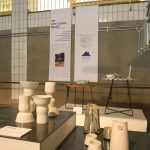 Objects from the Love School Project, as seen at state of Design Berlin 2017 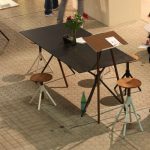 The Thread family by Filip Sellin & Coordination (Berlin), as seen at state of Design Berlin 2017 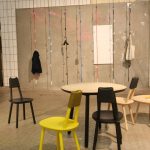 Naive by etc.etc. for Emko, as seen at state of Design Berlin 2017 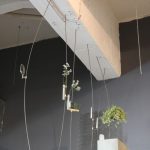 200grs by Rana Haddad & Pascal Hachem, as seen at state of Design Berlin 2017