VICIS (Munich Creative Business Week 2018): An invitation to consider such. 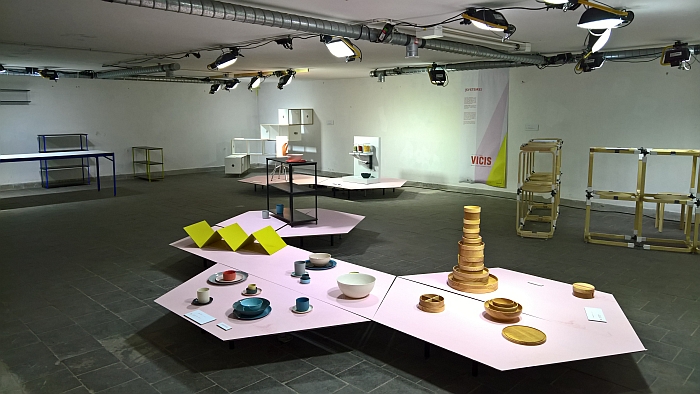 The subtitle is however primarily both an explanation of VICIS and a call to designers and the wider public that in terms of our society change is not only coming, but is already here. Better start adapting

Divided into five chapters VICIS doesn’t so much pose questions of the visitors as challenge them to reflect on their own views on design, the design process and the role and function of design in contemporary/future societies: be those visitors design professionals or design lays.

Generalising to the point of slightly misleading, one can consider the chapters Perspectives and Interpretations as being principally about challenging designers to think about what they design, why and once again why. Although they are also important chapters for lay visitors in helping understand how designers could/should/do work, and therefore enabling a check against the wilder excesses of the profession.

In Perspectives, for example, Greek designer Katerina Kamprani’s Uncomfortable collection sees her manipulating, arguably over-designing, everyday objects so that they become, effectively, unusable, certainly uncomfortable to use, and thereby sees them question not only their own existence but the function of design in a society that itself barely functions. Interpretations on the other hand explores the age old design theme of the slow evolution of existing objects to meet contemporary demands, and in doing so neatly proves that age old as the theme may be it will never become old aged, rather will always remain fresh and vital just as long as designers practice it sensibly and honestly; projects such as, for example, the Eshly collection of ash containers by Britta Knüppel or the Q1 shelving and table collection by Jonas Hansen neatly demonstrating such. While with his Dosenregal – Can Shelf – project Florian Artmann offers an artistic solution to building a food reserve ahead of the coming Apocalypse. And it is coming 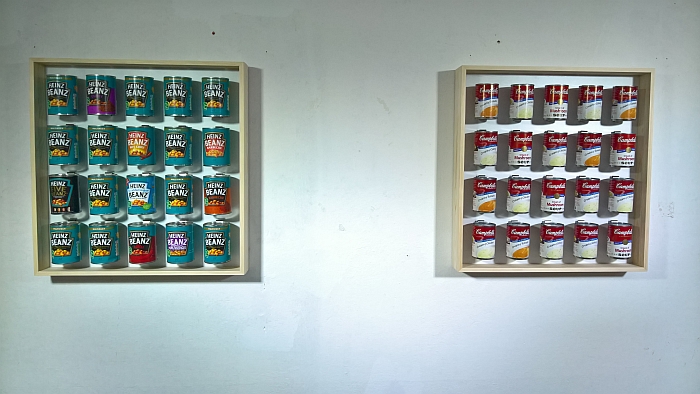 Much as we’d like to continue our generalisation, we can’t, the next three chapters being for lays and specialists in equal measure. Materials, somewhat unsurprisingly, exploring the wide scope of new materials that are, potentially, coming, and which in doing so helps explain the range of possibilities available to us; for example Dutch designer Tjeerd Veenhoven proposes the ever renewable algae as a new source for textiles, while Munich based company NAT-2 explore new materials for shoes, including stone, maize and fungi. No honest. Currently arguably more playthings for the wealthy than truly democratic solutions, but interesting nonetheless. The chapter Systems meanwhile underscores that we all have a role to play in the shaping of our future society, and that we all need to/should think more often outside our comfortable boxes, break our familiar systems anew and thus explore what is possible: and as demonstrated, amongst others, by Kai Ming Tung’s hack of the IKEA Frosta stool into the Atsorfsystem which can be used as shelving, or Takuya Koyama and Chen Hsiang Fu’s Future Kitchen which proposes a cereal dispenser linked to your fitness tracker and which mixes your food based on your current nutritional needs as dictated by your biometric data. Which is the sort of project that moves us to tears because we know that a majority of you are foolish enough to embrace such. Regardless of what we tell you.

The fifth chapter is somewhat invariably Mobility, invariably because it is not only one of the most pressing social, cultural and economic themes at the moment, but arguably the area of our lives closest to fundamental change. And so yes VICIS features an autonomous vehicle, and yes we still don’t get it. We still don’t see the necessity, even though Markus Leszyk presents a well thought through and considered argument. We still don’t get it. But more on those whys and wherefores later in context of another Munich Creative Business Week event. 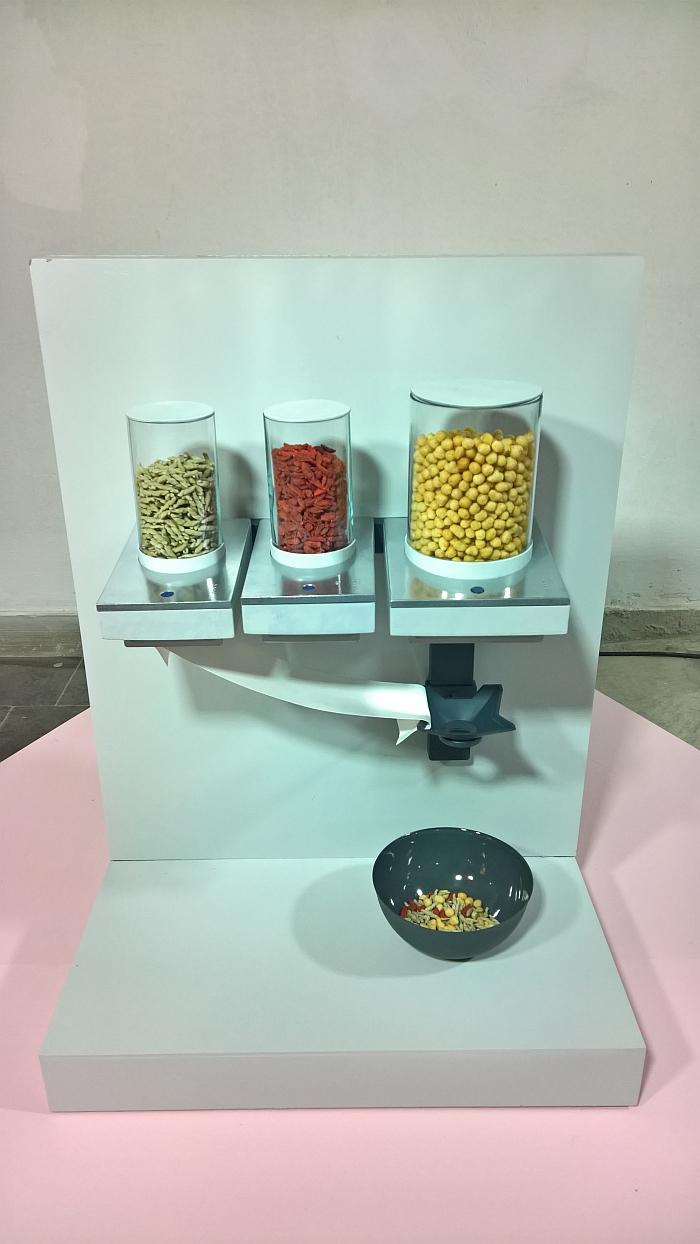 Good design has always been about responding to changing realities, not simply accepting the status quo as ultimate evolution, but pushing towards that which is just out of reach, while also trying to make clear to others that there is something just out of reach, and it might be a good idea to reach out for it.

The peculiarity of our age is digitalisation, computer technology, & smart, autonomous, systems coupled to our understandings of the fragility of natural networks, fragility of social coherence and our own influence on the world around us: a state of affairs which makes design arguably more complex than it ever was, and also makes it increasingly important that we all, lays and specialists alike, concern ourselves with the subject.

Presented in the decaying charm of Munich’s Bunker and featuring projects by 21 international design studios which either highlight interesting contemporary design research or illustrate components of the prevailing arguments through familiar objects we all can posses, VICIS is a very accessible, entertaining and informative exhibition on future directions in design, one which through its curatorial brevity underscores the essentials without getting lost in dogma or drama, and in thus underscores the necessity of us all considering the vice versa.

Full information can be found at http://stateofdesign.berlin/

And for all in or near Munich in the coming days, on Thursday March 8th Thomas Schnur will read from his book Common Things. 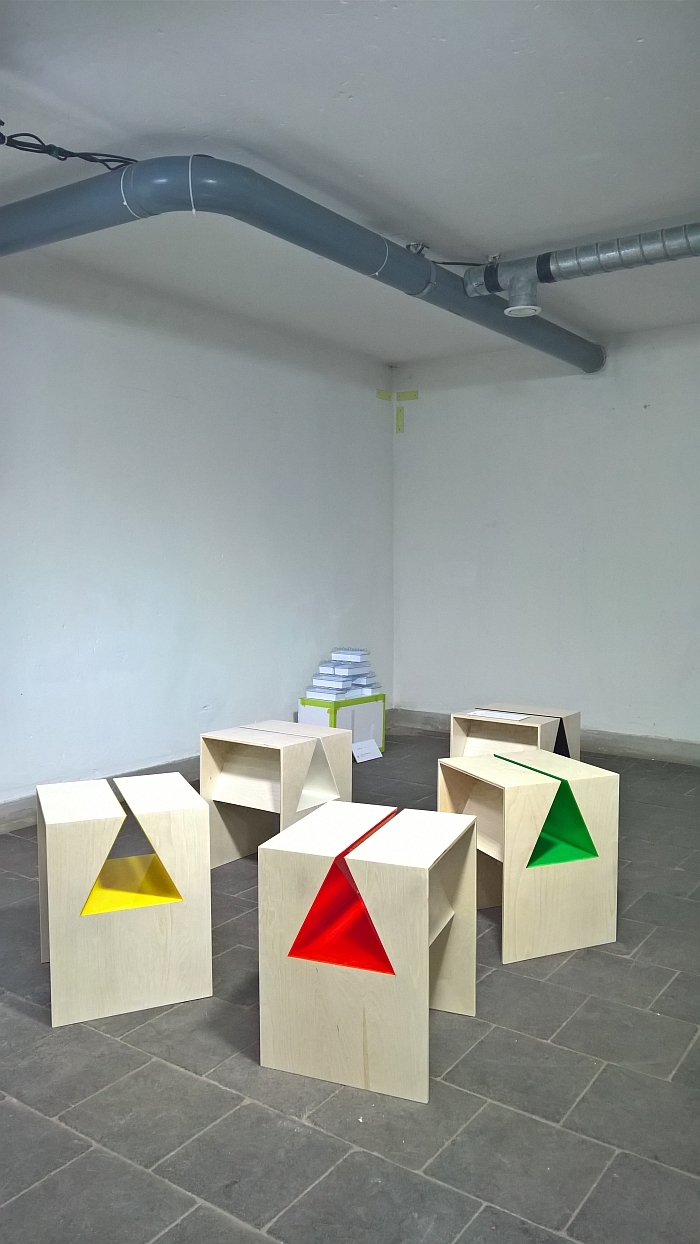 Stools/side tables by Takeshi Miyakawa, the interior is lined with epoxy resin, as seen at VICIS. Always Change a Running System Munich 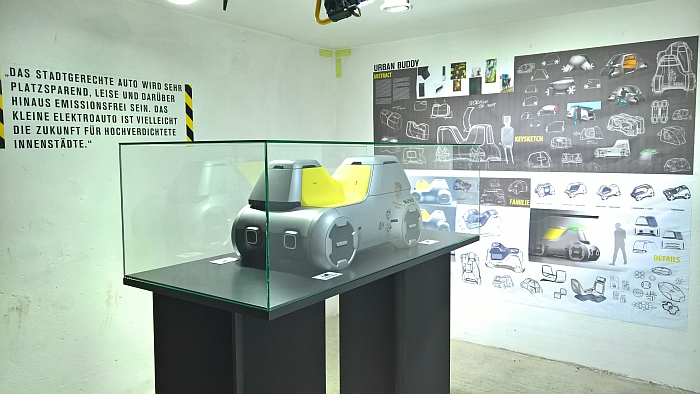 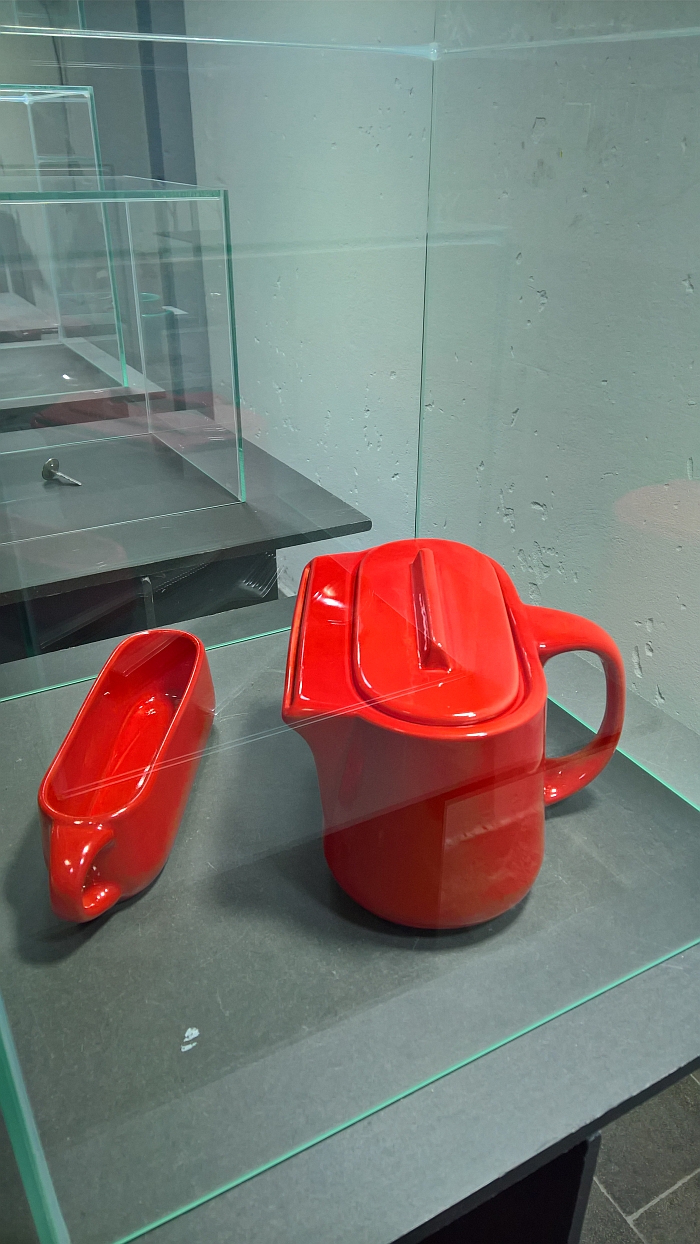 The Uncomfortable Teapot and Mug by Katerina Kamprini, as seen at VICIS. Always Change a Running System Munich 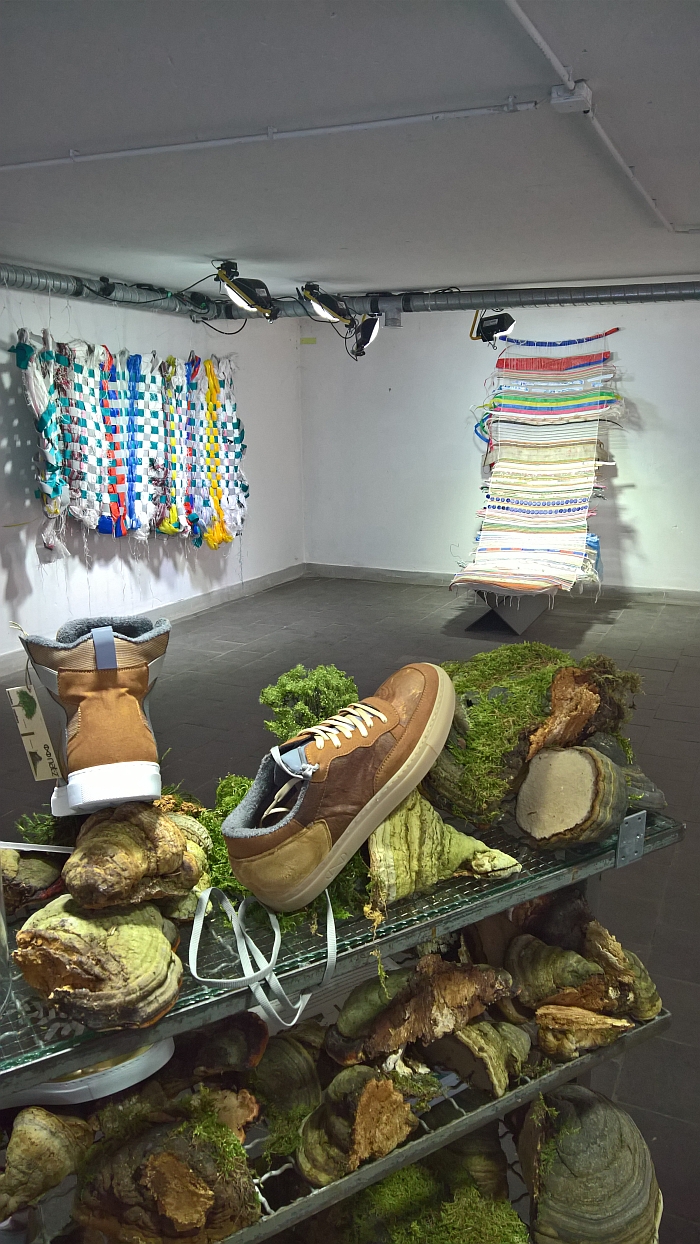 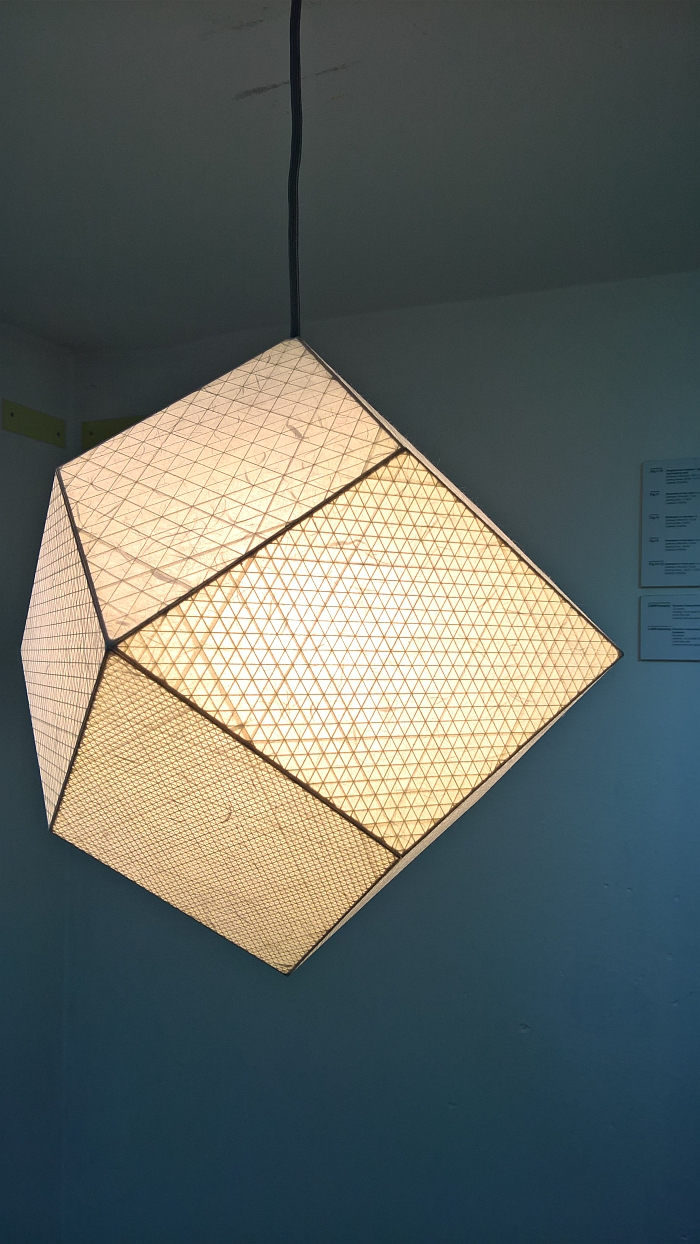 Panelight by Werteloberfell, the under-construction is a 3D printed mesh,