But one carried in a blue plastic bag.

And thus the blue plastic has become one of those wonderful examples of an object that has become so ubiquitous it exists independent of us.

With the exhibition and book 21 Common Things Cologne based designer Thomas Schnur celebrates such ubiquitous entities. 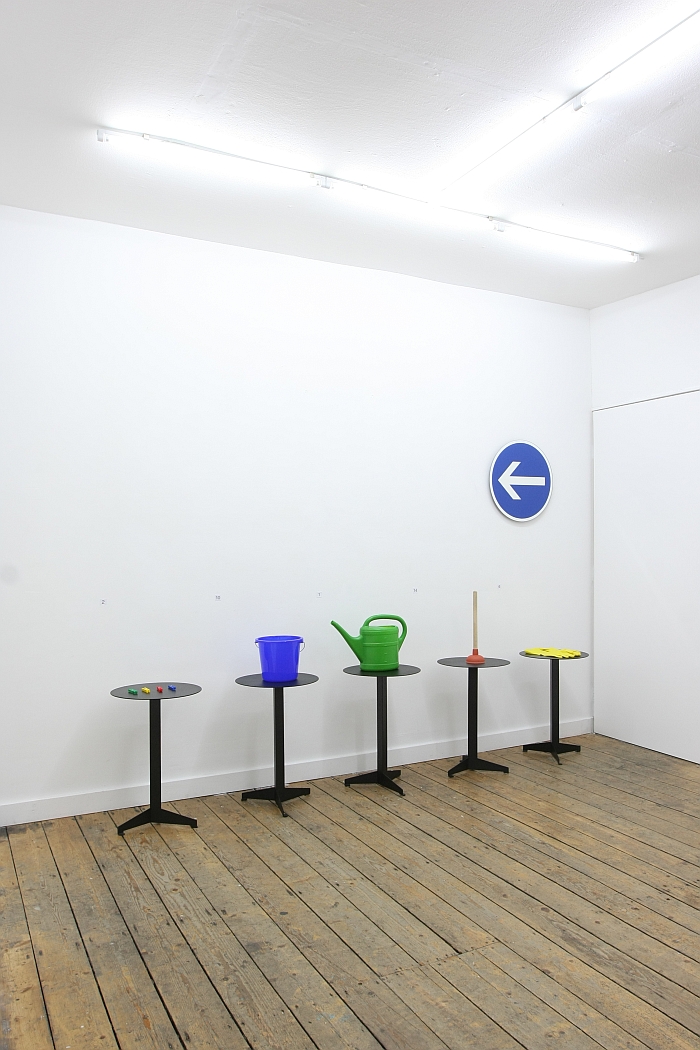 The idea for the book came first, evolved into an exhibition as a natural expansion of the book project, and features objects such as a watering can, nail brush, ashtray or a monobloc plastic chair.

Thomas Schnur is in no way claiming that the 21 selected objects represent the pinnacle of design perfection, they are simply ubiquitous, everyday objects which in some context have a personal meaning for Thomas Schnur. For example, in the course of the exhibition we learn that the young Thomas Schnur resisted the chopstick until a trip to Asia forced him to quickly learn if he wanted to try the local delicacies; that the student Thomas Schnur lived in a flat without running water and had to collect fresh water in a blue bucket; or that the professional designer Thomas Schnur has a wardrobe full of metal wire coat hooks – yet has never bought one. Simply continually acquires them.

Is it important if you want to understand Thomas Schnur the designer?

Do we have to understand Thomas Schnur’s work?

You’re not doing a very good of selling this!!

Perhaps your yes/no questions aren’t the best vehicle for bringing us forward!! One doesn’t have to understand Thomas Schnur, but if you want to understand design you should make an effort to understand as many designers as possible, where their work comes from, why they do what they do and how they do that. Only then will you be in a position to understand if an object/concept/position is interesting/relevant/good. Be able to participate in a discourse on design. And the more people who participate in such a discourse the quicker we can rescue design from the quicksand of lifestyle/trends/marketing.

Thomas Schnur is one of a, the last?, generation of designers who remember a largely analogue world, yet who are designing for a largely digital world, which no doesn’t just mean a globally connected Internet of Things, but also of digital production technologies, digital distribution technologies and questions of digital justice and digital equality.

How are designers approaching such? Do we approve? What would we prefer?

A pair of yellow plastic gloves doesn’t provide the answers. A discussion about them might just bring you a little further. 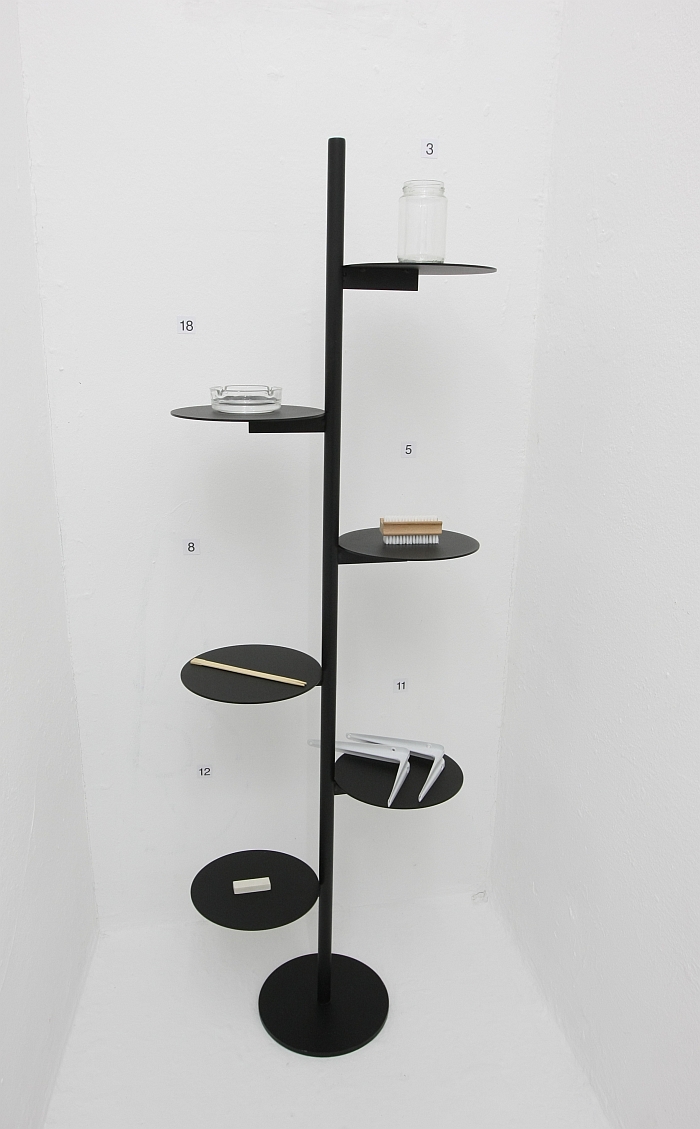 In addition to being about Thomas Schnur 21 Common Thing is also in may respects an exhibition about function.

The banana box was developed simply for transporting bananas. Our cellar is stacked with banana boxes full of books, pans and christmas decorations.

The clothes peg was developed simply to allow you to securely hang washing. Round our way they keep bags closed and trouser legs out of bike chains.

The chopstick was developed simply as an eating utensil. Herb supports.

A situation which makes clear that function is relative.

Function, that so often quoted Holy Grail of design, the apparent raison d’etre of designers and more often than not the most important, when not only, feature of a product’s marketing campaign.

And also therefore a senseless goal?

Far from it. If the banana box wasn’t functional as a banana box it wouldn’t have established itself so universally and we couldn’t use them to hide all those books we’ll never read again but can’t bring ourselves to dispose of, even though we understand the stupidity and futility of our actions.

Much more the message is that we shouldn’t get hung up on the idea of an object being equated with a single, fixed, function, but rather understand that an honestly designed object, as in an object that has been created, for example, as part of a process or out of an observation and an attempt to improve a situation, rather than an object created with the aim of making someone rich or following a believed “style”, can be capable of evolving, unveils its functionality through use rather then definition.

That functionality isn’t purely physical, can be emotional, and that that emotional functionality can also develop. We’re going to use the term “emotional patina”, and immedietly apologise. Sorry.

Helps us understand that functional should be understood in terms of helping us and our society function and not as something an object does.

And just as importantly, understand that design is a way of thinking. Something we’re all capable of. Do everyday. And should do with more confidence. 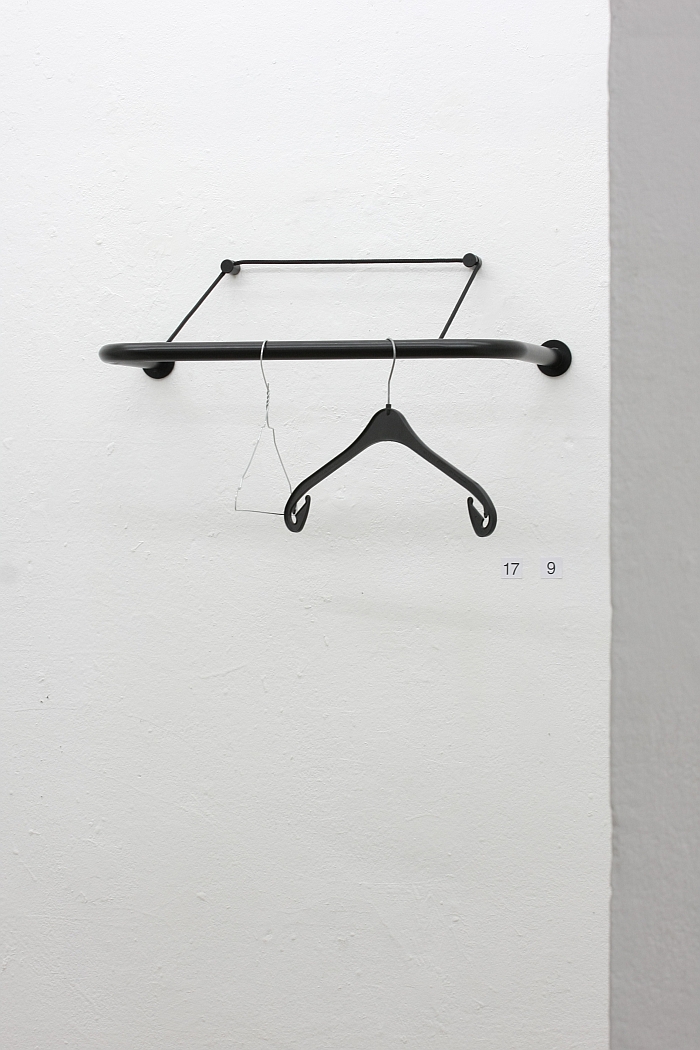 A black plastic and ametal coat hook – presented on the Gravity coat rack, as seen at Thomas Schnur – 21 Common Things

The concept behind 21 Common Things isn’t original, there are numerous examples of similar exhibitions. Some of which can be found in the these pages. 21 Common Things is simply Thomas Schnur’s personal version. And we like the way he has approached it. The way he has gone beyond relationships to his work, as represented by objects such as the plunger or the monobloc chair which one finds in abstracted forms in his portfolio, but also includes both objects such as the banana box which he understands in ways all will be familiar with and also objects such as the chopstick where the association is a very personal one.

Which brings us to item 21 in the exhibition. The blue plastic bag.

“These transparent plastic shopping bags are disappearing from supermarket chains in Germany, but can still be found on some markets and in small independent Turkish, Asian, African or other international shops. This makes the bag a special bag – a bag which communicates an open and cross-border interest for food and cultures”1

Full details can be found at: www.thomasschnur.com 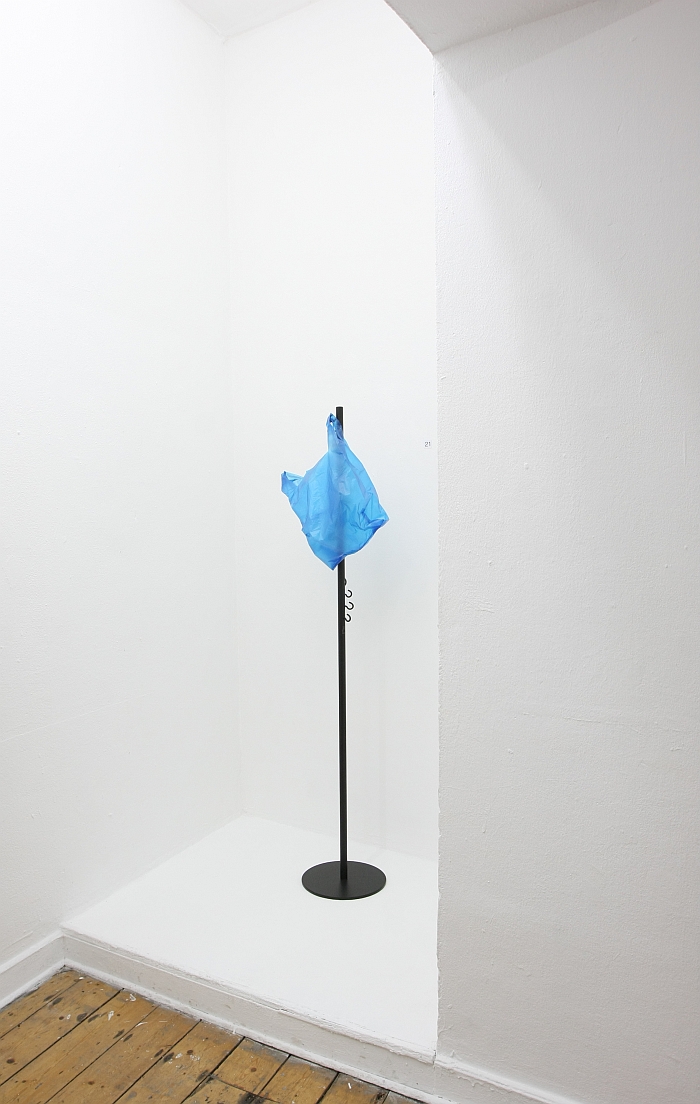 A blue plastic bag, presented on Hook up by Thomas Shnur 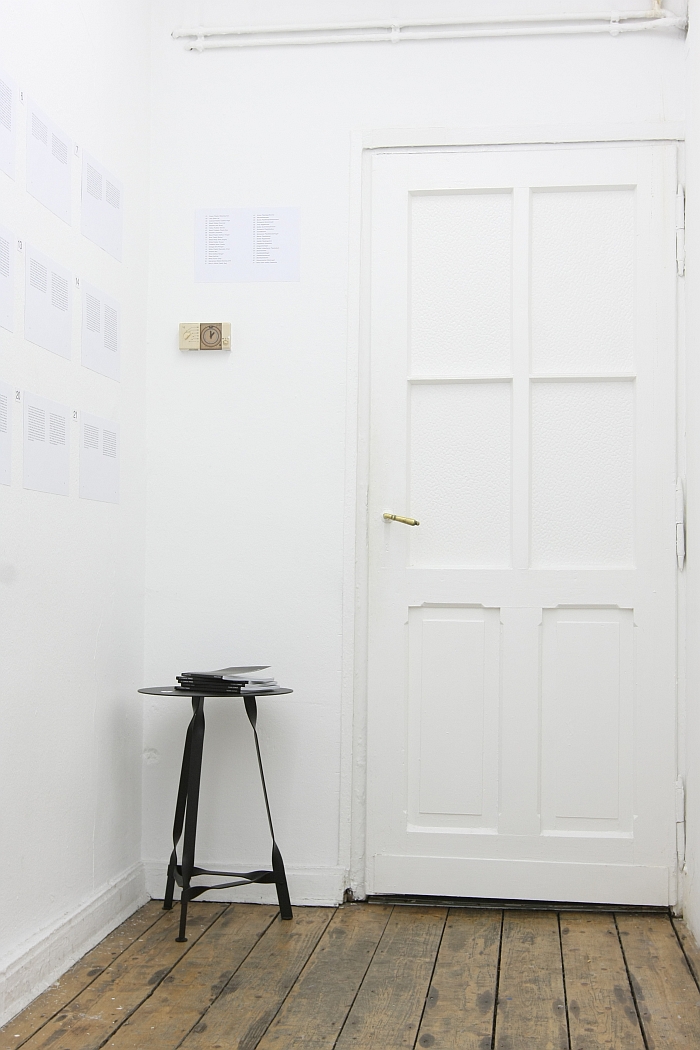 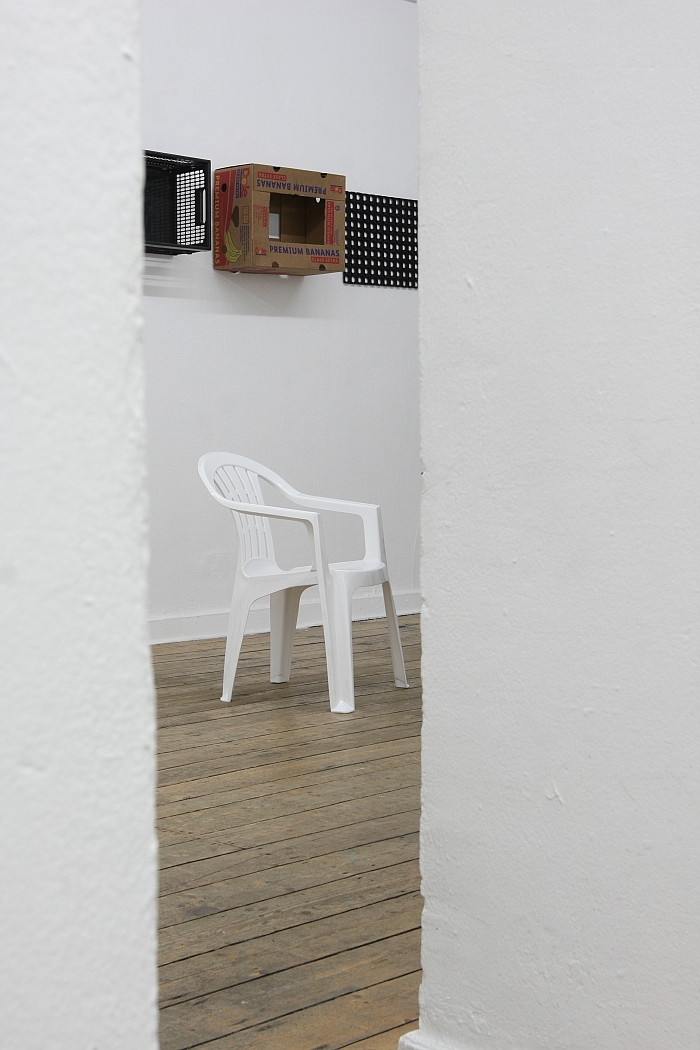 The Monobloc Chair and the banana box, as seen at Thomas Schnur – 21 Common Things