As we noted in our post from the exhibition Made in Denmark. Design since 1900 at the Grassi Museum of Applied Arts Leipzig, the supple wooden monkey Abe is a legal requirement in any exhibition on Danish design. And so imagine what an exhibition about Abe’s father is likely to be like!!!

Yup, (hopefully) a deeper investigation of a creative universally known for one single, if endearing, primate, but whose oeuvre is a lot more varied.

Although best known as for his wooden figures Kay Bojesen was a qualified silversmith, beginning in the workshop of Georg Jensen in Copenhagen before continuing his training at first the Berufsschule für Edelmetall in Schwäbisch Gmünd and subsequently in Paris. Returning to Denmark in 1919 Kay Bojesen married Erna Pethrine Drøge-Møller, became a father, and a crafter of wood, essentially on account of his son Otto, whose presence motivated him to develop toys. The rest as they say is…..

Divided into three sections exploring Bojesen’s life, work and legacy in context of Play, Craft and Innovation, Humour in Danish Design is billed by the Trapholt museum as being the largest and most comprehensive Kay Bojesen exhibition ever staged. And we see no reason to doubt them. Promising a presentation of objects from across the various and varied stages of Bojesen’s life and career, Humour in Danish Design also, and as befitting for an exhibition about a designer most popularly associated with wooden toys, promises to be an exhibition for children as much as adults: in addition to exhibits to be climbed on, swung from and articulated is the promise of a 50 m2 room filled with 25,000 beech wood building blocks. 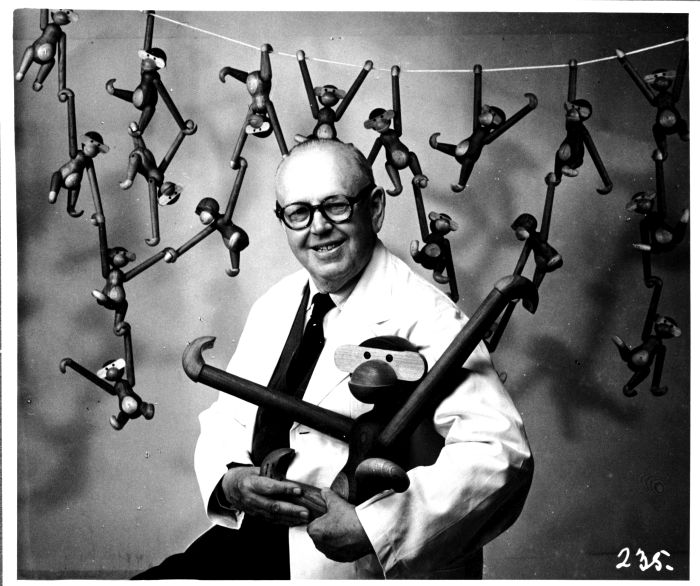 Decades ago we used to spend a lot of time hanging around Füssen in Bavaria, principally spending our time eavesdropping Americans’ disbelief that Schloss Neuschwanstein high above us was older than Mr Disney’s castle. But it is.

By way of celebrating the 150th anniversary of Munich Technical University the institute’s architecture museum is presenting an exploration of that architecture realised in Bavaria at the time of the university’s founding, or put another way, during the reign of Ludwig II. Including his fairytale castle. But not just. Amongst the other works realised in the period and expected in the exhibition one finds the likes of Richard Wagner’s Festspielhaus in Bayreuth, Munich Rathaus in all its Gothic Revival confusion, the formally reduced, yet representative, Ohe River railway bridge near Regen by Heinrich Gottfried Gerber, but also long since vanished projects such as the architecture for the 1882 Bavarian Industrial, Trade and Art Exhibition staged in Nurnberg. Exhibition architecture then being several scales larger then than it is now, and being as much about the buildings realised as what was presented within.

Particularly interesting is the period covered by Palaces and Factories, 1864-1886, and thereby not just a period of economic and techical evolution and revolution, but that period of eclectic anarchy before Jugendstil refined the various threads, whereby refined is obviously relative. And thus poses the question: what if Ludwig’s reign had continued beyond his untimely death? Would he have embraced the Richard Riemerschmids, Peter Behrens, Bruno Pauls, Hermann Obrists, et als active in Munich at the time…..? Or would he have stuck to his Disney aesthetic? Aware, like any good monarch, of the need to ensure the future flow of tourist dollars……. 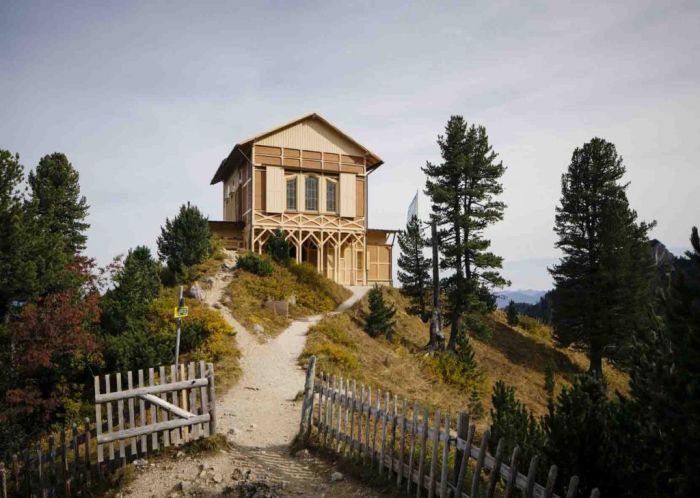 “Renzo Piano. The Art of Making Buildings”, at the Royal Academy of Arts, London, England

One of Italian architect Renzo Piano’s first commissions was the Centre Georges Pompidou in Paris. Which is arguably one of the more imposing visiting cards ever presented. Certainly one of the more controversial.

Yet for all the brashness and insolence of Piano and Richard Rogers’ Centre Pompidou the work stands representative for Renzo Piano’s understanding of architecture, construction, materials etc, and an understanding that he has developed, refined, evolved and repeated over the subsequent four and a bit decades.

Focussing on 16 Renzo Piano projects The Art of Making Buildings will feature a presentation of archival sketches, photographs and models through which the curators aim to explain the development of projects such the Jean-Marie Tjibaou Cultural Centre, Nouméa, New Caledonia, The Shard, London, The New York Times Building and of course, Pompidou.

In addition the exhibition will feature what the Royal College refer to as a “sculptural installation” of 100 Piano projects and a specially commissioned film by Munich based director Thomas Riedelsheimer, and therefore allow for a presentation which, hopefully, provides for a meaningful insight into the man, his work and his understanding of architecture. And therefore of projects such as the Centre Georges Pompidou in Paris. 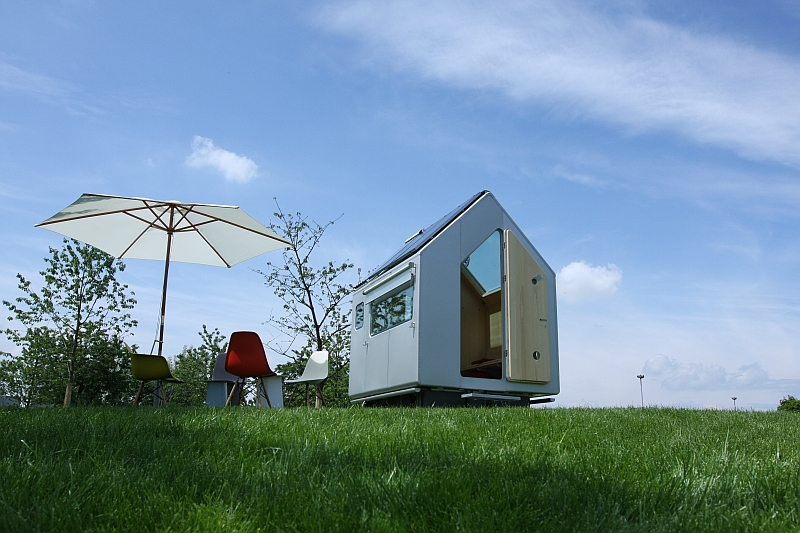 Diogene by Renzo Piano Building Workshop and Vitra. Not his largest work, but arguably his most affordable…

Admittedly on first encountering the exhibition title we did think it was going be all about garish dog collars, opulent cat shoes and all those other adornments the over-rich of this world need in order to confirm their importance through the humiliation of animals; we daren’t have dreamt of the Turtle-neck jumpers for tortoises or the BirdKite budgie lead presented in the exhibition Pet Market staged in context of DMY Berlin 2015.

Reading a little further however we discovered that Pet Market curator Tanja Seiner is closely involved with Creatures Made to Measure: the latter albeit promising to be a much deeper, more reflective exhibition than the irreverently provocative Pet Market.

Promising an exploration of mans’ relationships with animals in its many facets, be that as companion, food stuff, research object, therapist, prey, raw material, ego extension etc, etc, etc, Creatures Made to Measures promises to present not only that which is designed directly for animals but also that which is designed in context of our relationships to animals and also that designed to replace animals, and in doing so aims to question and challenge contemporary understandings of our relationship to animals, and as exemplified through projects by designers and artists as varied as Christien Meindertsma, BLESS, Konstantin Grcic or Silvia Knüppel, the latter being creator of the BirdKite. Doesn’t mean BirdKite is on show, but our fingers are firmly crossed…… 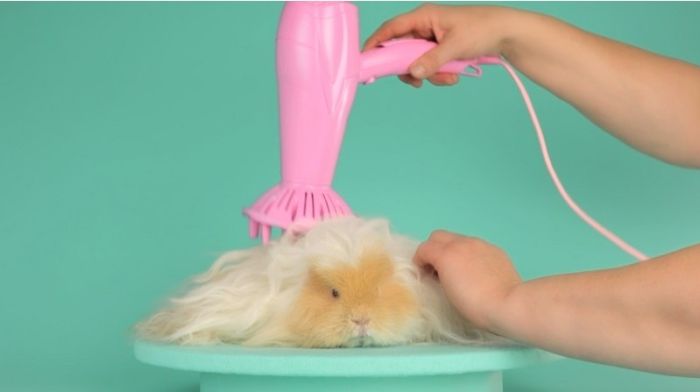 “Moving Away: The Internationalist Architect” at the Garage Museum of Contemporary Art, Moscow

As oft noted in these pages, as we approach 2019 and the centenary of Bauhaus Weimar the number of Bauhaus exhibitions is increasing exponentially. So much so that we fully expect to have at least one Bauhaus themed exhibition in this list for the next 8 or 9 months. Which ain’t a complaint, and certainty not if you stops you visiting any tatfest of lazy stereotypes.

Staged in context of the bauhaus imaginista project, a project co-organised by the Bauhaus Cooperation Berlin Dessau Weimar, the Goethe-Institut, and Haus der Kulturen der Welt (HKW), Berlin, a project which features events in locations as varied as Rabat, New York, Lagos and which will conclude with a major exhibition in Berlin, Moving Away: The Internationalist Architect takes as its theme three Bauhäusler who travelled with the institute’s second Director, Hannes Meyer, to Moscow in 1930: Philipp Tolziner, Konrad Püschel, Lotte Stam-Beese.

Based on material in the three’s personal archives international researchers have attempted to develop a contemporary understanding of not only the three’s work but the inter-relationship between that work their socialist principles, Bauhaus Dessau and the Soviet Union. A particular focus of the exhibition promises to be the work and legacy of Lotte Stam-Beese, including her contribution to the post-War reconstruction of Rotterdam.

While, yes, sounding very much more like an academic showcase than a whistles and bells experience, it nonetheless promises to extend understandings of not only Bauhaus as an institution but also of the relationships of Bauhaus and those associated with the school to the wider world, and therefore, hopefully, contributing to a more honest, realistic understanding of the school and its legacy.

Which, as ever, is what we need in a centenary year.

Moving Away: The Internationalist Architect opens at the Garage Museum of Contemporary Art, 9/32 Krymsky Val, 119049, Moscow on Wednesday September 12th and runs until Friday November 30th 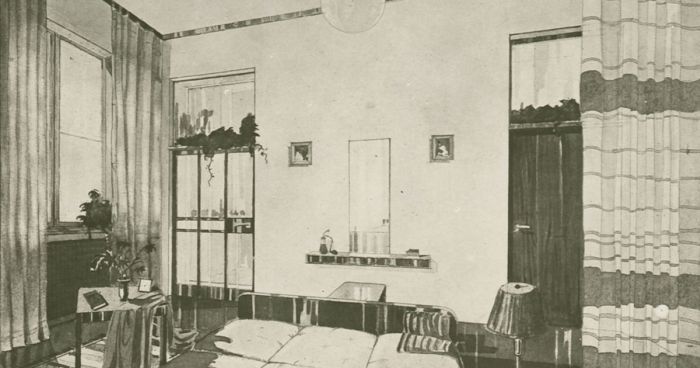 “Victor Papanek: The Politics of Design” at the Vitra Design Museum, Weil Am Rhein, Germany

“There are professions more harmful than industrial design, but only a very few of them”, thus opened Victor Papanek his 1971 book Design for the Real World

And spent the next 350+ pages not only expounding on why that is, but also that it needn’t be. That design could be social, environmental, humane. Thoughts that may be understood today, but which weren’t to the same extent in the late 1960s/early 1970s, which needed a Victor Papanek to give them a voice.

And not just articulate, but also demonstrate. In the course of innumerable projects either self-initiated or undertaken with students at the numerous schools where he taught or with local groups in context of international projects, Victor Papanek developed a wide range of objects which, effectively, illustrate that design is a way of thinking. And that design needn’t be something that only serves industry and commerce. But can be social, environmental, humane.

The first ever Victor Papanek retrospective The Politics of Design at the Vitra Design Museum promises not only to explore Papanek’s life, work and legacy but also present contemporary projects considered by the curators to be very much in keeping with Papanek’s positions and principles. And which may just demonstrate that industrial designers are (slowly) becoming less harmful……

Victor Papanek: The Politics of Design opens at the Vitra Design Museum, Charles-Eames-Str. 2, 79576 Weil am Rhein on Saturday September 29th and runs until Sunday March 10th 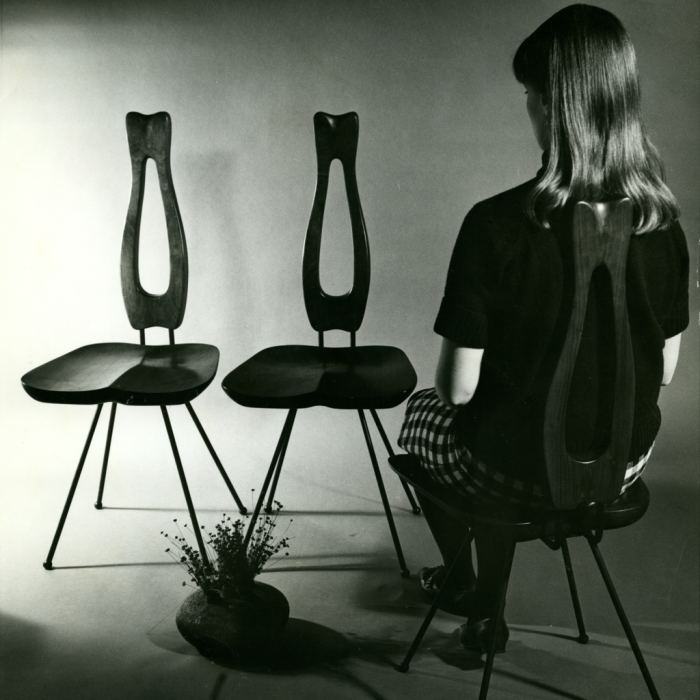