Odd as it may be to consider today, in the course of the 19th century and throughout the first decades of the 20th century, the German town of Chemnitz was one of the most important locations in central Europe for heavy and mechanical engineering, and thereby an important motor on the highway from craft to industrial production, supplying as it did the machines, infrastructure and ideas to enable that transfer. The importance of Chemnitz in the 19th century can perhaps be best gauged by the fact that the city, for all in the person of then Oberbürgermeister Dr. Wilhelm André, was one of the leading protagonists in the campaign which ultimately led in 1877 to the passing of the first Patent Law in the freshly established German Reich. The wealth those patents brought Chemnitz, its engineers and industrialists can still be seen today, for example, in the Kaßberg district, one of the most expansive Jugendstil suburbs in Germany, and also in the number of villas from the turn of the 19th/20th centuries to be found lining the broad boulevards, including the one built in 1902/03 by Henry van de Velde for the textile manufacturer Herbert Esche.

While the names of many/most of those engineers and industrialists may not be popularly known today that of Chemnitz’s most famous 20th century designer certainly is: Marianne Brandt, a trained artist who learned her metalwork trade in the workshops at Bauhaus Weimar, followed the school to Dessau and became, for all through her many designs for Leipzig based manufacturer Kandem, one of the genuine pioneers of lighting design. Even if most associate her today with teapots.

As the centenary of Bauhaus Weimar approaches, and thus memories are awakened of that period in history when eastern Germany was at the forefront of attempts to unify craft and art for the benefit of industry and society, what can Chemnitz offer? What can Chemnitz creatives contribute to the development of craft, industry, design? The exhibition Unikate 7 presenting graduation projects from the Handwerkskammer Chemnitz’ Gestalter im Handwerk programme seemed like an appropriate place to approach an answer……. 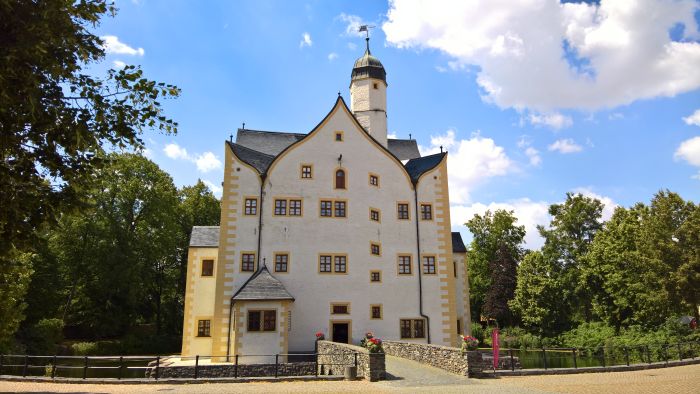 In many regards the history of the Handwerkskammer Chemnitz’ Gestalter im Handwerk – Designer in the crafts/trades – programme begins when Chemnitz was still Karl-Marx-Stadt; and far, far away in imperialistic West Germany where a reform of the tertiary education system in the 1970s saw the so-called Werkkunstschulen [Art/Applied Arts Colleges] become Fachhochschulen [Technical Colleges]. Whereas access to Werkkunstschulen wasn’t dependent on academic qualifications acess to Fachhochschulen was, and thereby many trades and crafts professionals who had followed a practical apprenticeship training rather than a formal academic education were left with no access to artistic/applied arts subjects as a compliment to the technical craft/trade training. In an attempt to rectify this situation, and thereby ensure that crafts/trades remained competitive with industrial design, the German Confederation of Skilled Crafts (ZDH) began to develop a programme to allow crafts/trades folks access to a design orientated eduction, efforts which culminated in 1986 in the establishment of the Akademies für Gestaltung in Munich and Münster, and Gestalter im Handwerk, a programme which includes training in subjects such as art history, methods of presentation, colour theory, draughting, product design, materials and production technology.

Barely waiting until post-Wall unification was formally ratified, the Handwerkskammer Chemnitz – Chemnitz Chamber of Trades –  began offering a Gestalter im Handwerk programme in 1993 and today is part of a network of some 9 centres in Germany, including the aforementioned Akademie für Gestaltung Münster, alma mater of Florian Kallus and Sebastian Schneider a.k.a. kaschkasch or Gut Rosenberg Aachen where Klemens Grund refined his craft, in addition to a Swiss programme coordinated by the Fachschule für Gestaltung in Handwerk und Architektur Zürich.

Beyond our annual visit to the Finale graduation exhibition at the Akademie für Gestaltung Münster, we had planned to visit several such Gestalter im Handwerk presentations in course of our 2018 #campustour; however, when the Gods rolled their dice to set the dates of the various summer exhibitions fate wasn’t on our side, and was additionally obstructed by the fact some of the presentations were open for but a solitary afternoon, thus allowing an impossibly small window of opportunity.

Staged under the title Unikate 7 the exhibition featured, in addition to the graduation projects of the 7 new Gestalter im Handwerk, examples of works realised in the various courses and workshops over the two years of the course, including projects concerned with time, ergonomics, light, material aesthetics and a collection of ceramic Hiedrachbredl created by the students.

In the course of any given year we work in and with a number of languages, German, English, French, Dutch, Italian, Danish, etc, etc, and despite our various deficiencies and incompetences always muddle on through.

Alone Erzgebirgisch, that secretive, proud, language of the Erzgebirge region south of Chemnitz, has us stumped.

And not just us, even Google doesn’t know where to begin with Hiedrachbredl, not even suggesting what we might have meant. Which may be related to internet availability in the Erzgebirge and the fact that we were probably the first to ever ask Dr Google…..

We’re assuming, based on the form of the objects realised and our very basic grasp of etymology, Heizkörper Brett – radiator/hot water pipe board/shelf.

We’re invariably wrong. Yes we could ask, but somehow guessing is more entertaining. 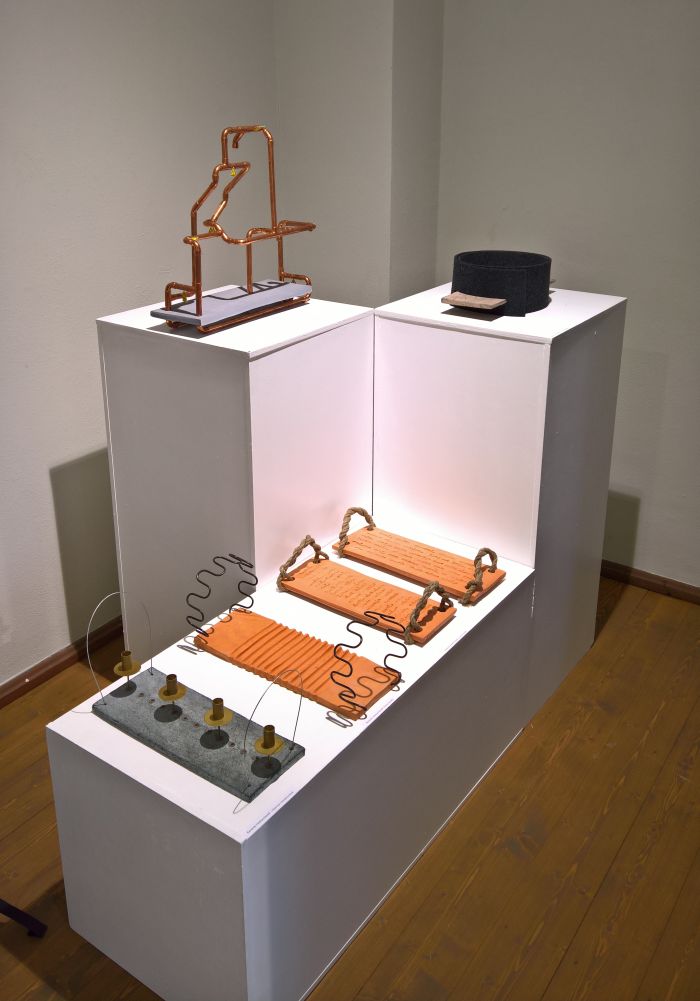 The annual theme for the 2018 Handwerkskammer Chemnitz Gestalter im Handwerk graduation projects was Innehalten – pause/stop/reflect – and being designers the rigidity with which the brief was followed was barely tensile enough to be termed slack, which, as ever, ain’t a complaint, just an observation on the wide variety of interpretations presented, including Wolke Sieben [Cloud Seven] a modular bed concept by Jan Kiesling, and a project which, and although as presented in Chemnitz possessed an awful lot we don’t like, as in an awful lot, the core idea, the underlying principle, the ease and obviousness of the system and the direction Jan took the concept appeals to us very much. As in very much.

On the one hand there is the tubular steel frame, although a material used in bed construction since the time of the inter-war functionalists, Le Corbusier famously using a model by Alfred Roth in his house at Weissenhofsiedlung Stuttgart, it remains relatively uncommon. Yet is a material which offers benefits on a number of levels, not least allowing as it does for the creation of a much more convincing floating effect than a solid wood bed can realise, but also the flexibility of the system, something the inter-war functionalists didn’t fully employ; the steel tube beds of the ’20 and ’30s using the steel tube for the foot and headrest alone, yet the easy variability of a well-considered steel tube construction system allows for a modular concept, and a modular bed is an interesting “bed for life” proposal: lengthways as a bed to grow with a child from their first proper bed right up to when they fly the nest to their first flat, or in width as a bed able to grow when a relationship gets serious, there is something deeply poetic about two individuals bringing half a bed to a new shared home, and something equally poetic about them taking it with them when it stops being fun. But also more generally, for example, the option for regular reinvention of form and function through reconstruction and/or the integration of additional components and add-ons, such as….. ohhh stop it, honestly…..!! And while maybe not necessarily a solution for hotels, it potentially could be of interest to those who provide accommodation for large, ever changing, groups and need a degree of flexibility. While the extension of the concept into a family of bedroom furniture objects with interchangeable parts is perhaps too obvious to discuss here. 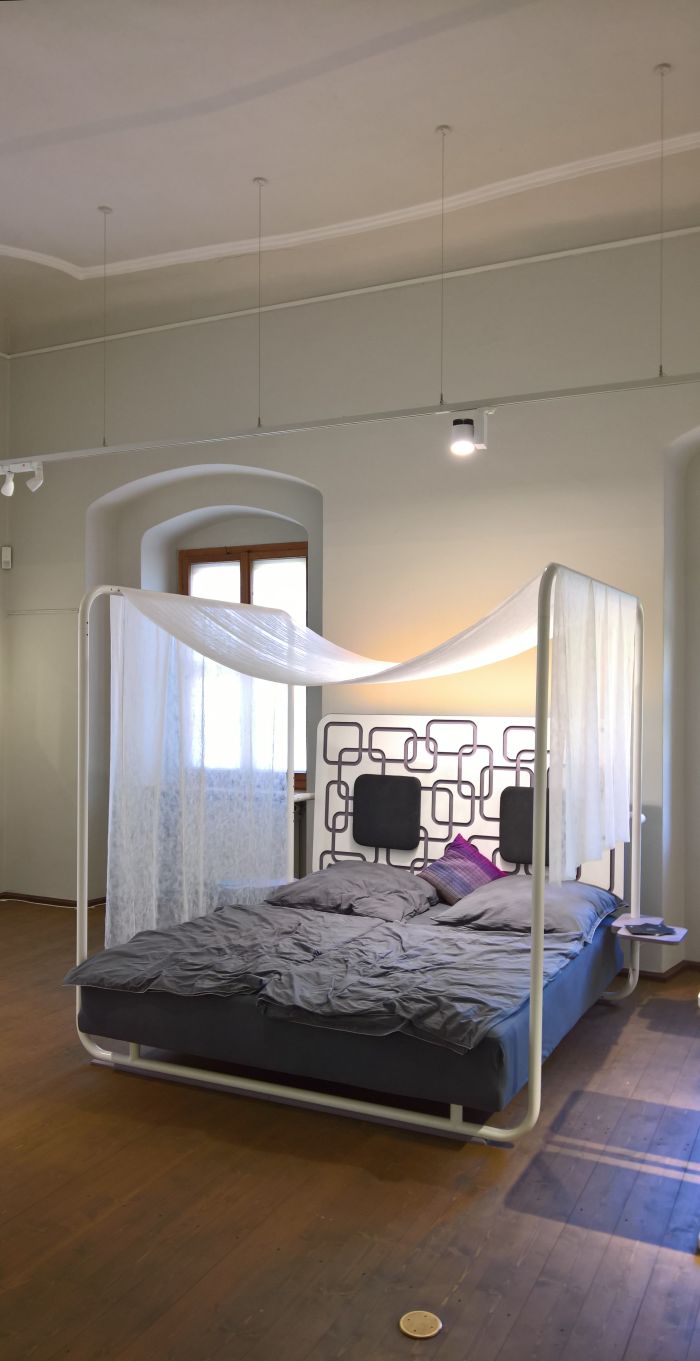 Taking a wider, but still largely literal interpretation of Innehalten, René Donath developed with Schmökerstiech not only a stunning example of the vibrancy of contemporary Erzgebirgisch, but also a spiral staircase-cum-bookcase/library. In our notes from Chemnitz we wrote “not a completely original idea, however there was something very pleasing about the solution proposed by René.” Having done some extensive research since Chemnitz, certainly more than we were expecting to undertake, we may owe René an apology, it may very well be a very original idea. And is certainly a pleasing solution.

Although we’d argue that as an object presented without context in the middle of a room to which it doesn’t belong, it is neigh on impossible to make a proper assessment of the proportions or appropriateness of it in situ: as a proposal we really like the way René has played with the construction and arrangement to create not only a very pleasing composition but also an object that offers a range of possible functionalities and modalities of interaction, transforms a staircase from space-taker to a space-giver and makes a spiral staircase less a visual component of a space, something to be admired, but a practical and, potentially, emotional component. If, as we say, as an object it must always be adapted to suit the given space. But hey, ain’t that job of a qualified Designer in the crafts/trades….

Norman Horatzscheck’s starting point was less a spatial concern and more the question of the contemporary crafts in the Erzgebirge, and for all the future of an industry whose primary market is those over 50. Which ain’t a conventional long-term growth market. Moving towards an update Norman developed Klötzl, an object, again, perfectly described in the direct, gnomic manner of Erzgebirgisch, being as it is essentially a simple wooden block, and one which through a ridiculously, and thereby pleasingly simple, system can be used as the traditional Lichterbogen, candle arch, and Pyramide at Christmas, but also employed throughout the year as, for example a candle holder, vase, photo-holder, anything, as long as an appropriate support exists. And in doing so not only brings a new relevance to Erzgebirge tradition, but also opens it up to those, natives and foreigners alike, who are perhaps put off by traditional Erzgebirge forms and conventions.

In which context, viewing Klötzl, and indeed Unikate 7 in general, and not least the special exhibition of chess sets by 32 Gestalter im Handwerk alumni which accompanied the graduation exhibition, we were reminded of our conversation with Frankenberg based designer Marcel Kabisch a.k.a Feinserie, and his reflections on the success enjoyed by craftsfolk in Schwarzwald as opposed to those in the, essentially similar, Erzgebirge, “….we don’t have a shortage of designers but rather a shortage of labels, of manufacturers and distributors. That’s what’s missing. We’ve got skilled craftspeople. We’ve got skilled designers. What’s missing is industry professionals with the know-how to manage and promote that.”

Or put another way, Schwarzwald just has the better PR and marketing, but there is no reason it should stay that way.

Full details on the Gestalter im Handwerk course in Chemnitz can be found at www.hwk-chemnitz.de/Gestalter-im-Handwerk

And details on the programme in general and links to all Gestalter im Handwerk training centres involved can be found at www.gestaltung-im-handwerk.info 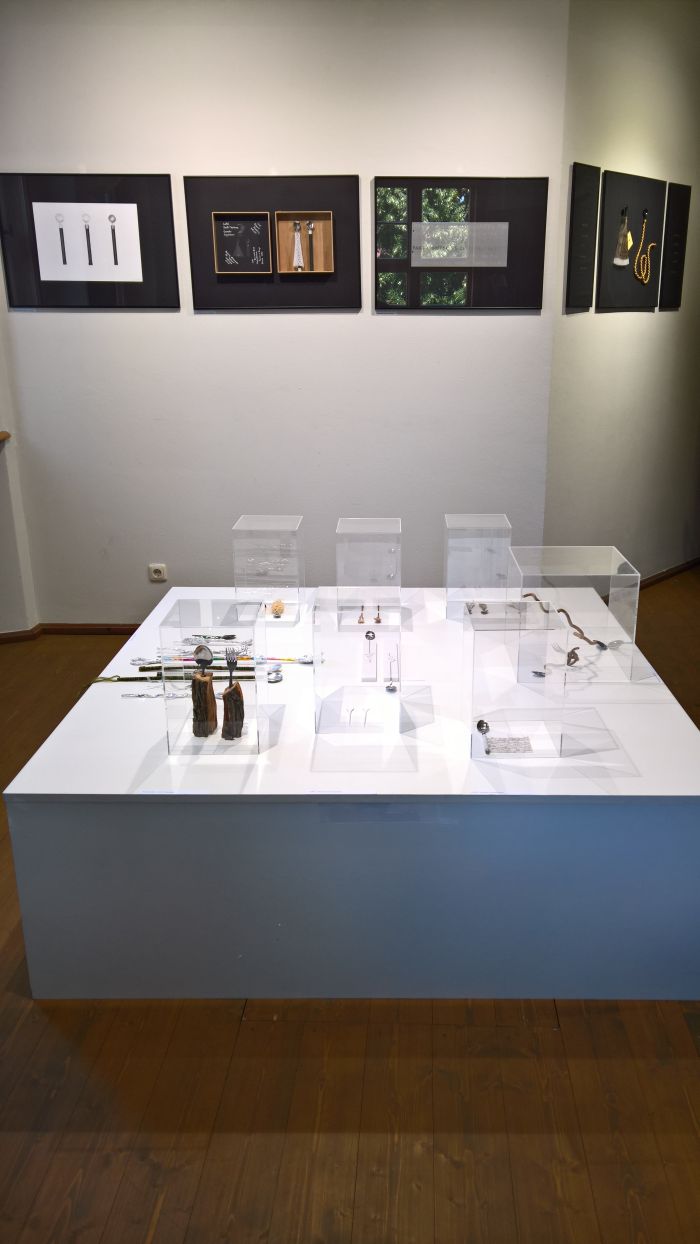 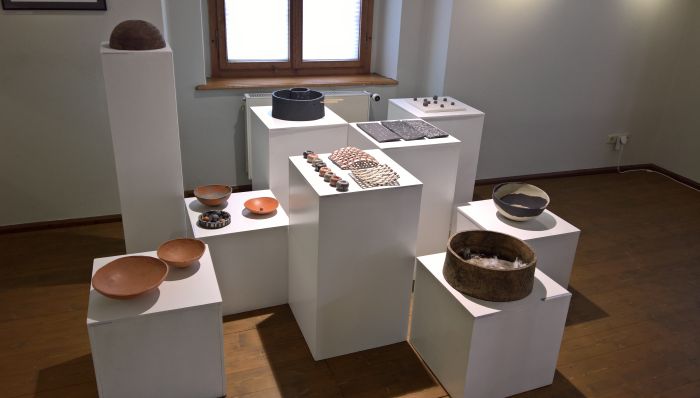 Presentation of the ceramic workshop, as seen at Unikate 7, Handwerkskammer Chemnitz, Wasserschloss Klaffenbach