In our post from the state of DESIGN Berlin curated exhibition VICIS. Always Change a Running System during Munich Creative Business Week 2018 we opined that there was something biographical in the title. Similarly Expertimental Design has overtones of self-reflection. And for all of an unyielding belief in the value, logic, necessity of experimentation in design.

Something also reflected in the 2018 state of DESIGN Berlin showcase. 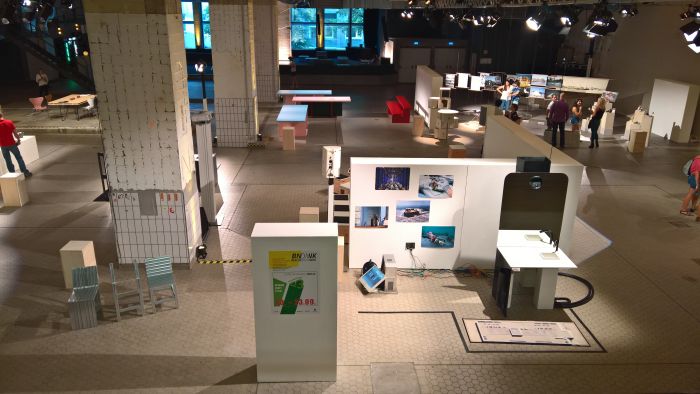 While certainly no fans of the “Design Week” as a city marketing tool, something to stand alongside the obligatory film festival, marathon, comedy festival and “City of Lights” in the glossy tourist brochures and airport advertising, and while certainly no fans of lazy “isn’t Berlin such a unbelievably creative universe” nonsense, for that we’re a little too long in the tooth, we are fans of the position that Berlin deserves, nay requires, a design week worthy of the name.

On the one hand because of the dilettantish way the city authorities have allowed several very good, very promising events, to slowly fade out rather than supporting them and giving them the  freedom to develop, and also because the way the German design authorities continually deny Berlin’s presence, design, so one has the impression is always something that happens elsewhere in Germany. And that, one suspects, because Berlin has singularly failed to adopt to accepted German maxims as to what design is. Elsewhere plays ball, Berlin, that child which was left to its own devices, which grew up resisting conventional norms, keeps on resisting. And so for us a Berlin Design Week is an act of resistance.

Therefore the official announcement back in April that three existing Berlin based design events had decided to pool their resources to stage a unified design week brought a bit of early spring sunshine into the smowblog office, not least because the constellation (appears to) allow for the mix of the commercial and the experimental that is arguably so important to the longevity of such an event, and which, importantly, (appears to) allow that in a very natural, unforced manner: because the various events are established in their own rights and, it being Berlin, will, arguably, maintain a high degree of autonomy within a decentralised structure, meaning each can develop as they will without impinging on the others. Or at least that’s how we envisage things, or perhaps better put, that’s how we’d like to see things develop.

The more commercial focus at Berlin Design Week is the Designmeile, largely involving in-store presentations in and around City West, that part of Berlin previously known as Zoo before the city marketeers decreed otherwise, and a programme supported by a number of so-called Satellite exhibitions throughout the city, again largely, but not exclusively, in-store presentations. The wide range of creatives working in Berlin can be experienced in context of the Open Studio Night, a vestige from DMY Berlin and this year seeing some 20+ Berlin studios invite visitors to their studios, to experience, and discuss, their work, approaches, ideas, understanding of design and its role. And the reality of life as a creative in Berlin.

Complimenting these, essentially Berlin based events, state of DESIGN Berlin not only bequeaths Berlin Design Week a more experimental, or better put, expertimental edge, but also offers a platform for external, non-Berlin designers to present and discuss, their work, approaches, ideas, understanding of design and its role. 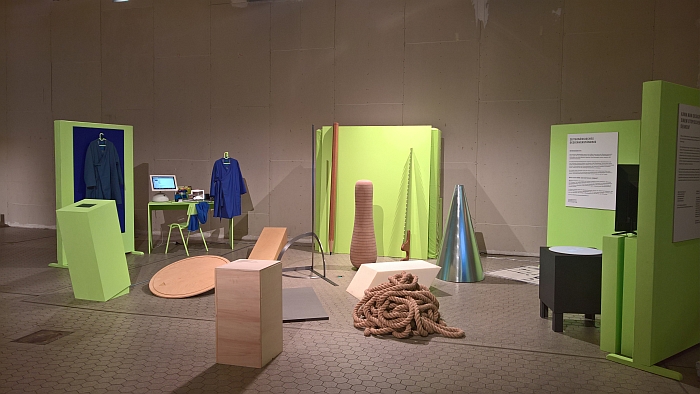 Muthesius Parallax by Muthesius Kunsthochschule Kiel, as seen at state of DESIGN Berlin 2018

Inaugurated in 2016 state of DESIGN Berlin has taken a little time to find its voice but viewing the 2018 exhibition one tends to the understanding that it is more or less there, is saying things which it feels comfortable with and in a manner it finds natural.

Returning to the post-industrial charm of the Vollgutlager in Berlin-Neukölln, state of DESIGN Berlin 2018 is less expansive than the 2017 edition; largely because it has (more or less) done away with the fringe programme elements and is principally an exhibition format, albeit one conceived to encourage discourse, networking and interaction.

Featuring some 21 projects state of DESIGN Berlin 2018 is a bijou exhibition yet one which more than makes up for what it lacks in quantity in its breadth, and the way it moves effortlessly across genres, be that jewellery, furniture, digital or autonomous transport. Alongside more instanteously accessible projects such as the UNO table/desk collection by Berlin brand Bannach, the Community Bench by Olaf Schroeder or the Metal Stud Furniture by Takeshi Miyakawa, one finds more conceptual, research focussed, works such as Dialogue Ceramic Metal by Tanja Niedermann in which, well ceramic and metal enter into a dialogue to create apparently improbable objects, Graphics on Ceramics by Vanja Jovi which combines deep printing with high printing; or a presentation of the Muthesius Kunsthochschule Kiel project Muthesius Parallax, in which the students explored contemporary and future design education, and a project we first saw during our #campustour visit to the Muthesius Kiel Rundgang. In July.

In July. And the text isn’t online yet?

If you had any idea about the absurdity with which this blog is created you wouldn’t ask such. But no. Is however coming soon, and so with apologies to all, we’ll discuss it in that post, because that is where it rightfully belongs. Even if it as presentation it does sit very comfortably and naturally in state of DESIGN Berlin.

In addition to such institutional and individual projects state of DESIGN Berlin 2018 also features a selection of projects originating from Beirut Design Week 2018, including Solana, a project which realises hand crafted shoes in conjunction with international artists and who donate a percentage of their profits to local charities, and which more more generally stands as a very nice nudge to other international design weeks to cooperate more, to offer space to other festivals and therefore expand the horizons of your own event, bring in new impulses and thinking; and also the project Sites – Everyday Objects in Transit by Berlin based architect Hans Maier-Aichen in which objects spotted out and about serve as the basis for reflections on product design

Pleasingly what state of DESIGN Berlin doesn’t feature is lifestyle tat, something that one could easily have considered in order to fill out the hall. Much more it remains true to that voice it is developing and presents projects which require lesser or greater degrees of interaction to fully understand them, objects whose superficial simplicity often hides a greater complexity, and thereby is an exhibition which encourages discussion and conversation. And when it all becomes too much there is a lounge area populated by The Minimalist chairs by Patrizia Ricci, which, essentially, are bed springs with cushioning on top.

Whereas one could, should, wish for more exhibitors, for all more design schools, institutions where the spirit of the expertimental should rule supreme, the mix, and for all the ease with which the various projects blend and communicate is very pleasing, and more importantly, the feeling that the concept is developing in a manner it is happy with bodes well for future editions.

And considerations on the scale of event can also be applied to the other events in Berlin Design Week, in all one sees potential for growth and development; however as we noted at the beginning the hope is that having established its new format Berlin Design Week can stabilise, grow and develop through the autonomous development of its component parts, and for all through the application of uninhibited expertimental thinking.

State of DESIGN Berlin 2018 can be viewed at Vollgutlager, Rollbergstraße 26, 12053 Berlin until Sunday September 23rd

Berlin Design Week runs until Thursday September 27th, full details on all events can be found at https://berlindesignweek.com/

And, although not officially part of Berlin Design Week, it does fall within it, which is good enough for us, on Wednesday September 26th the Kunstgewerbemuseum Berlin and IDZ are launching the next in their Design Views series, Design Impressionism by studio b severin Which yes we did know was happening when we made it part of our Maison et Objet Paris High 5!!. No that’s not why we did. Full details can be found at www.smb.museum 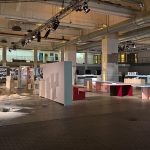 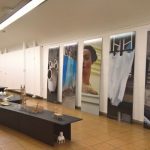 Sites – Everyday Objects in Transit by Hans Maier-Aichen, as sseen at state of DESIGN Berlin 2018 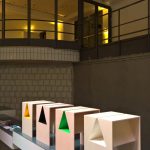 Stools/side tables by Takeshi Miyakawa, as sseen at state of DESIGN Berlin 2018 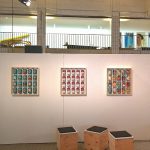 Onefor all you Brits out there, only a few months now, Dosenregal by Florian Artmann, as sseen at state of DESIGN Berlin 2018 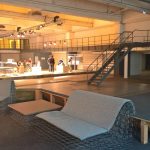 The Minimalists by Patrizia Ricci, as sseen at state of DESIGN Berlin 2018 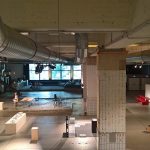 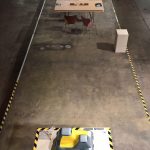 Urban Buddy by Markus Lesczyk, as sseen at state of DESIGN Berlin 2018 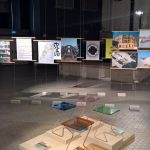 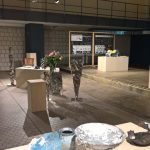 Dialog Keramik Metall by Tanja Niedermann, as sseen at state of DESIGN Berlin 2018 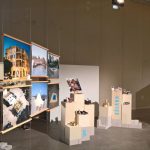 Solona and impressions from Beirut Design Week 2018, as sseen at state of DESIGN Berlin 2018 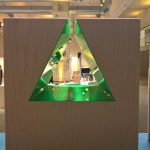 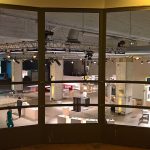 A window on Expertimental Design, state of DESIGN Berlin 2018