A very simple question, and one which for the first time caused us to pose ourselves a much more fundamental question, why? why, has the smow blog office no shelving….?

Considerations which quickly evolved and diverged to concern themselves with the more general questions of what, how, when and why shelving……. 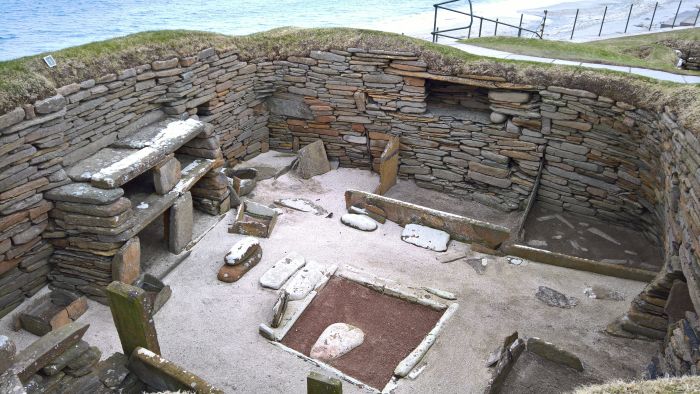 5000 years ago the neolithic community at Skara Brae on Orkney achieved that which the contemporary smow blog can’t … shelving. Stacked and recess….

It seems these days you can’t go more than a few minutes without meeting someone taking a shelfie, either of themselves alone or them with their friends/colleagues, and while arguably the introspection of social media has made society a little more shelfish, is that the fault of shelving….?

As with most furniture genres, save arguably the bed, shelves are an essentially human invention, one universal amongst the numerous peoples of the earth, and one whose (hi)story can be traced back to the earliest peoples; for example, in the remains of the neolithic settlement at Skara Brae on Orkney one finds evidence of shelving units, both stacked systems and wall recesses, and, one presumes, that those early shelves were conceived as places of storage and display.

In the intervening 5000 years since the Skara Brae community established itself, the purpose and functionality of shelving has barely changed; however, and as with all those objects with which we share our lives, the cultural relevance of the shelf has taken on all manner of metaphorical, idiomatic and figurative uses, meaning that shelving has long since ceased to be a purely physical place of storage and display.

The principle symbolic context of shelving is of things being on or off shelves. Unsurprisingly. Shelves are largely monosyllabic, indispensable in what they do, but not expansive in their repertoire. Which is why it seems harsh to blame shelving for society’s current shelf-obsession, of each placing him/hershelf at the centre of events: the shelf being as it is but a conduit, a passive compagnon to our activities, physical and metaphysical……………..

My Perfect Cousin – The Undertones

Although arguably best known for the audacious nonchalance with which Feargal Sharkey manages to rhyme “cabbage” with “challenge” – you try it, you’ll fail, miserably, while Sharkey achieves it with a tauntingly, easy elegance – My Perfect Cousin also contains an important lesson for us all.

Having achieved pop stardom, perfect cousin Kevin finds himself the focus of a lot of female attention, all of which he rejects. Not that his less than perfect cousin narrator sees any longer-term problem therein, opining:

“He will never be left on the shelf, ’cause Kevin, he’s in love with himself”

On the one hand a line full off, boiling over with, the bitter resentment of one who sees the ease with which a rival can attract potential mates, of one unequivocally faced with, as Renton notes, “the haste with which the successful in the sexual sphere, as in all others, segregated themselves from the failures”. Fearing that he himself will never find love, fearing being forever left on the shelf, unwanted, forgotten, functionless, a failure, our narrator channels his fears and anxiety through accusing his rival of being in some form asocial, specifically narcissistic.

But while doing such also, unwittingly, teaching us all to love ourselves. Not in an vainglorious, Instagram, me, me, me, fashion, but in an unconditional, candid, open, undemanding manner, that manner with which you want others to love you; love yourself, because only through loving yourself can you truly open up to the love of others, and thereby experience the full wonder that is life. Rather than watching from isolation, sat there, brooding, on your self.

Off the Wall – Michael Jackson

Set in a world populated by “party people” who are “living crazy”, and that “night and day”, because “that’s the only way”, the song advises all downtrodden office workers that “It’s time to come alive And party on right through the night”.

For, and as previously noted in our Office Furniture playlist, the only way to compensate for the “drudgery and vexations of the office week” is the “gratuitous sensory intensity of a Saturday night”

In order to do such, Michael Jackson advises one to first of all “leave that nine to five upon the shelf”

Put it away, forget about. “And just enjoy yourself”

However, and what Michael Jackson, reprehensibly, fails to make sufficiently clear is that you should only place your nine to five on a free-standing, floor based shelving unit: because once you succumb to the party peoples’ way of living, you’ll soon discover that “Life ain’t so bad at all If you live it off the wall” But, if your nine to five is on a shelf attached to that wall, then, obviously, we’re into Back to the Future territory………….

So best is always leave your nine to five on a free-standing, floor based shelving solution.

While putting objects on shelves is often a question of storage, it can also be one of display. If, as we alluded to in our introduction, the neolithic community of Skara Brae genuinely used their shelving for display is unknown, and poses the question, if so, what? Did neolithic Orcadians poses aesthetic sensibilities? Were they capable of developing attachment to objects? Of associating objects with some inherent, non-functional, value?

By the first century AD people had however developed such traits, and had things to display: the Greek philosopher Seneca bemoaning the fashion for private libraries, because they were largely maintained not as sources for learning but “merely bought for display and to serve as wall-furniture”1. And over the following centuries displaying one’s possessions became increasingly fashionable, arguably, first among the ruling classes for whom such displays were, as with Seneca’s contemporaries, exhibitions of status, one thinks specifically of the Cabinet of Curiosities as a confirmation of your learning and wealth, but slowly seeping through all social layers, and today is near universal. Everyone having something they want to display. Show off.

As does Ella Fitzgerald, however rather than leave her new Baby Doll on the shelf, she is intent on taking him off the shelf and “showin’ you off myself”, and thereby more widely than can possibly be achieved by static display shelving, “Can’t you see it now?” she asks him, “you’re taking me walkin’, Holding my parasol”

And if he don’t want to?

And thus an unambiguous image of a female in charge of her own destiny. And a song which very neatly turns the tables on 1950s understandings of gender roles, making as it does the man the purely decorative object, the one adding the silent aesthetic embellishment to their partner’s sophistications and urbanity.

And sure enough, a year after Ella Fitzgerald’s version, Hollywood duly reset the established conventions: Fred Astaire singing Baby Doll to Vera-Ellen in The Belle of New York, and making perfectly clear who was in charge. And who is the “baby doll”. And one realises it was always meant to be thus. Ella Fitzgerald taking the chance presented by delays in filming to advance an alternative world view.

One Hollywood choose not to follow. And continues to ignore. Continues to keep on the storage shelf…..

A tale of a life spiralling out of control, or as Kate Tempest’s narrator puts it, a life going in circles, albeit “Not graceful, not like dancers”, and certainly “Not neatly, not like compass and pencil” but, “More like a dog on a lead, going mental”

One consequence of the feeling of being trapped in a world which isn’t home, a life she sees no way of escaping, and the consequent inner turmoil, is, we learn, that, “We had a dream, I shelved it”.

Leaving aside the very obvious and thoroughly tantalising juxtapose of “we and “I”, one comes to the fact that that the dream was “shelved”.

Because they are on a shelf. And that which is on a shelf isn’t something that is in active use, be it an object on museum shelf denuded of its function, that book that has sat for a decade, unread, on your bookshelf, contemporary gender representations in Hollywood films, or those rollerblades you thought were a good idea and now goad you silently from the shelf at the back of the cupboard; and, generally speaking something that has been shelved is unlikely to be unshelved any time soon, or at least not without a bit of luck and/or a change in circumstances.

Which in Kate Tempest’s narrator’s case seems unlikely, for as she confides in us “I don’t know why I can’t change, There ain’t no groundhogs here”, the answer, the escape from the continual unhappy orbit, apparently to be found less in circumstance and more in her.

But should she find a way out, to break through the gravitational pull holding her down, that dream is still there on the shelf, waiting, invariably somewhat dusty, but ready to be reactivated. The question is, if the “we” will still be intact…..

Food has always had a best before date, a point after which it shouldn’t be consumed. Previous generations simply ignored it, or were innately aware of it and lived according to nature’s laws. Mass market, industrial, canning, chilling, freezing, and for all global food distribution, however necessitated a legal framework and with it came the shelf life both as statutory regulation and idiom. And thereby a nice example of technological advances evolving language.

But it’s not only food that can have a shelf life, fads, fashions and t***** are just as finite.

The focus of Love and Rockets quiet, melodic opprobrium is a music industry that chews up and spits out artists in the continual chase of profit, “You fit the mold for stardom and the big bells chime” the song tells us, but be very careful, for “it’s gold leaf on a wild, wild, wind” and before too long you’ll find that you’re “Last month’s color” that “you’ve passed your sell by date And your days are numbered”

Another victim of a short-term commercial policy disguised as the promotion of a cultural good, another creative appropriated by an industry insensitive to that which it purports to advance, that brief moment in the limelight being something reserved for those deemed to fit a perceived, fugacious, market rather than those who have something genuinely interesting and abiding to contribute to society’s discourses.

Which got us thinking about the contemporary furniture industry……..

The Radio smow Shelving Playlist, and all Radio smow playlists can be found on the smowonline spotify page