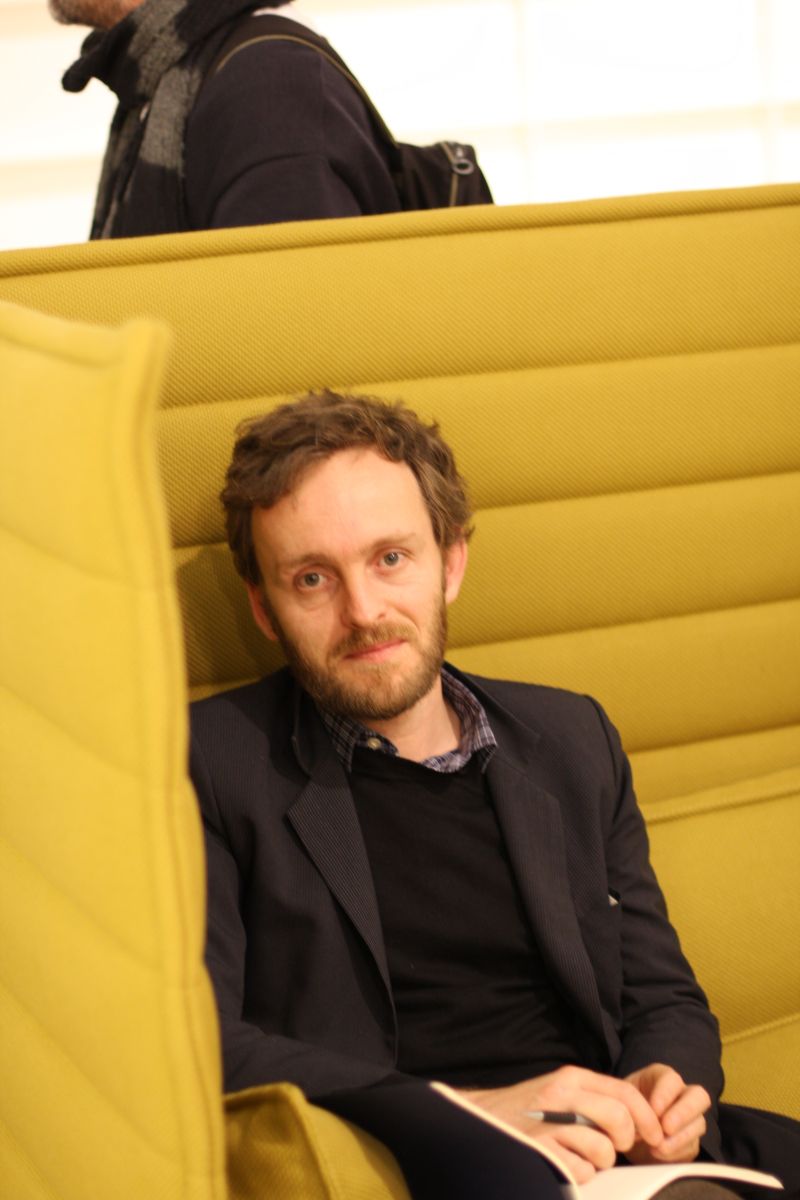 On the opening day of Orgatec we managed to grab a quick 10 minutes in an Alcove Sofa with Erwan Bouroullec.

Aside from not showing us what was in his sketch book, Erwan told us about one of the brother’s forthcoming projects.

Yeah, yeah we thought, the cheeky Breton is having a bit of fun with the naive (smow)blog crew.

However, and despite our doubts, we’re professionals and so we sought independent verification.

The problem with the secretive world of designers, however, is that getting independent verification is all but impossible.

So we did the next best thing and asked Ronan Bouroullec.

And he confirmed that yes there is a boat project.

It’s all at a very early stage but the brothers are keen, the client is keen … and so they plan to start work on it soon.

In addition to the challenge of working on such a project, both hope to get some new insights and fresh ideas that can be applied to other areas of their work. And having grown up near the coast it’s a project with which they can both identify.

Given that a lot of the brother’s work is characterised by the amount space they leave within the design, or better put, use in their design, – we’re thinking here of objects such as Algue, Vegetal or Panier – we can’t say that we would happily take to sea in a boat designed by Ronan and Erwan Bouroullec.

But we’re prepared to reserve our judgement until the work is finished.

And you can read our full Orgatec interview with Erwan Bouroullec very shortly.