As we noted in an earlier post, the team behind Depot Basel were recently awarded a highly coveted Swiss Design Award in the category Design Mediation.

A very well deserved and very welcome recognition for all the work invested.

We’re a bit late with this post, Craft & Drawing only runs until June 29th 2013; however, as the largest part of our readership are and were unlikely to be in Basel in June we’re allowing ourselves the tardiness.

Craft and Drawing features/featured contributions from 13 design studios in an exploration of the differences, and by extrapolation, similarities, between the design process and the sketching/drawing process.

The links between drawing and design are as old as the design profession itself. Early design practitioners such as Henry van der Velde or Peter Behrens were trained artists who stumbled unwittingly into design, Bauhaus institutionalised this twist of fate and placed great importance on basic artistic skills, post-war furniture design was then dominated by classically trained architects and even today admission to the Rhode Island School of Design is dependent on the quality of your sketch of a bicycle.

And reading the texts in the Craft & Drawing catalogue or talking to designers one realises just how intrinsic drawing is in the soul of the designer. Or as Ronan Bouroullec told us at the opening of the brother’s Album exhibition in the Vitra Design Museum Gallery in 2012, “If I stop designing I won’t die. But I can’t stop drawing.”

The works contributed to Craft & Drawing bring this emotion to life. Albeit 2D life.

Unmistakably the work of people who enjoy artistic pursuits – if Depot Basel had asked us to contribute a drawing they would have gotten something a lot more cramped and belligerent – the submitted works cover not only a wide range of artistic genres but also interpretations of the, very open, brief.

Which is of course the smooth segue to design. Design isn’t an exact science, although it makes regular use of exact science and engineering, rather design is an approach to a particular challenge. An interpretation of an answer to a vague question.

As abstract as art, yet resulting in something devoid of the imagination found in art. Because you can’t transfer imagination from 2D to 3D.

Not even Disney can do that.

As the exhibition title implies the objects are all rooted in traditional handicrafts, rooted but not anchored. Taking the essential elements of the craft they explore new methods, new dialects, new futures.

Based on actual, real, Mexican sinkholes Liliana Ovalle and Colectivo 1050 have created the most exquisite collection of clay vessels. And in doing so once again proved that nature has the best forms. Even those that arise from misfortune.

Elsewhere Klara Sumova’s simple powder coated steel trays impressed by looking like anything but, Bertille & Mathieu’s radiator with its ingenious flat top just looks too obvious to be innovative – is however – whereas Ya Wen Chou’s collection of everyday objects from Taiwan reminds us all that even everyday objects need a soul. And today that soul could, should, come from the processes leading to the object and the object having a value above the mere monetary cost.

As we said at the beginning, in essence Craft & Drawing was/is about the comparison between the art of drawing and the art of crafting. Viewing the exhibition one can clearly follow why art has such a strong appeal for designers, why the two are so intimately entwined and why despite our increasingly digital world drawing will continue to be the bedrock of design.

In addition Craft & Drawing beautifully illustrated why the Swiss Design Award  2013 for Depot Basel was merited. 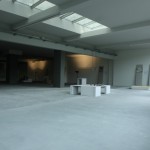 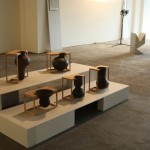 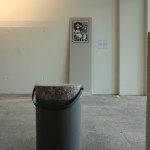 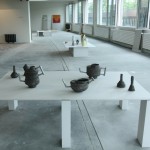 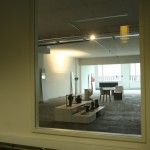 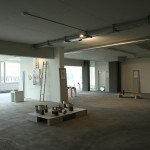 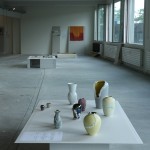 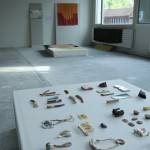 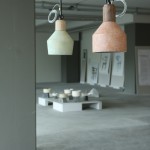 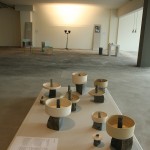 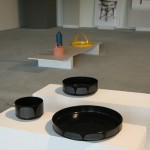